Take a look at innovations turning the most incredible things—like soccer player’s kinetic energy—into sustainable technology that powers and "greens up" our world.

Take a look at innovations turning the most incredible things—like soccer player’s kinetic energy—into sustainable technology that powers and “greens up” our world. 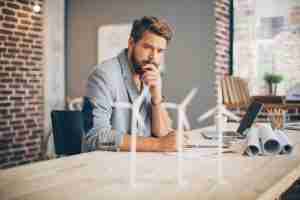 Technological innovations—like those of the Industrial Revolution—pushed our capabilities forward by leaps and bounds. While it did great things for our economy, it did much more harm than good for our planet.

The reality of global warming has been a wake up call for millions of people and thousands of businesses. Green is the way to go, and many companies are finally jumping on the bandwagon after finding out the economic and sustainable benefits.

Some are taking it a step further, founding companies to research and develop new ways to do old things better and more efficiently. Take a look at a few of the thousands of ways researchers are trying to make the world a greener place.

Talk about combining the best of two technologies: the flow cell, which is a cross between a flow battery and an electrolyzer (uses electricity to split water molecules), could very well be the first technology to enable the storage of large quantities of energy without suffering from decomposition or attrition.

The flow cell is currently being researched and developed at PNNL and Proton Onsite. With two modes of operation—either creating hydrogen to power fuel cells for cars or buildings or storing energy to balance electricity demand and supply on the power grid—this sustainable technology could be the leader in a long line of upcoming solutions for not only producing clean energy, but storing it as well. 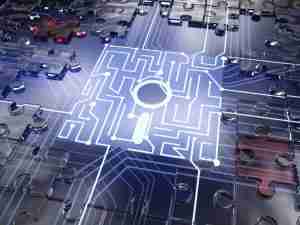 Remember floppy discs? CDs? Flash drives? The Cloud? What about a new type of data storage, made of glass the size of a quarter? A research team at the University of Southampton’s Optoelectronics Research Center (ORC) is testing the technology, which they believe could store data for up to 13.8 billion years.

The data is encoded on tiny nanostructures that are then embedded in the glass. Each tiny disc can hold up to 360 terabytes of data, and can survive temperatures up to 374 degrees F. Professor Peter Kazansky, head of the ORC, believes these glass discs could preserve our history and be stored in space for future generations.

Battery Systems for the Home

For us Southern Californians, rolling brownouts—when there is either an intentional or unintentional drop in voltage in the power supply system—are often a reality during the hot summer months when people have a bit more difficulty conserving energy. But did you know that during these times, energy is at its highest cost?

To help energy consumers save money and energy, Orison has created a home battery system that stores electricity when rates are low so it can be used later to avoid paying higher rates. There’s no installation—you just plug it in—and you are off saving money. This means that during periods of high usage, your home or business won’t impact the power grid as much, saving energy for the people who didn’t have your forethought. 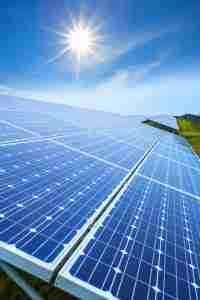 Solar panels are a great option for sustainable power, but they are not nearly as efficient as they could be. Much of this comes from the difficulty of getting direct sunlight to hit the panels for as long as the sun is out. But researchers at the King Abdullah University of Science and Technology in Saudia Arabia may have discovered a fairly easy way that could up solar panels efficiency by up to 46 percent.

The new glass coating being developed can capture sunlight from almost any direction and also repels dust, making maintenance simple. The coating is composed of ultrathin nanorods and honeycomb nanowalls that make it possible to harvest the sun’s energy from multiple angles.

Aviation accounts for two percent of all man-made CO2 emissions, so any change—large or small—to the sector that decreases its impact is considered a win. That’s why a high-tech airplane coating that repels dead insects, researched by NASA, and now being tested with flights in our atmosphere, is making waves in the industry. 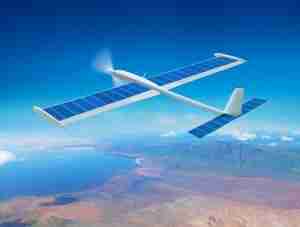 This change alone could help cut airlines fuel bills and emission by up to 10 percent. There are several other avenues being explored as well, including different wing shapes, new tailfin designs, and strategies to lessen taxiing and circling before decent. Even the possibility of electric planes has been discussed, and small electric planes are looking to take to the air as early as 2019.

All parking garages smell the same, and it’s the type of smell you know isn’t good for you. But Dutch artist Daan Roosegaarde and nanoparticles expert Bob Ursem have designed a potential solution that would make the air you breathe up to 70 percent cleaner in spaces like this.

The 23-foot high tower sucks in dirty air, filters it using ion technology, and returns it to the environment. It can clean almost 100,000 square feet of air an hour, and the designers shared that the product can be scaled to take on even the most highly polluted areas like Beijing, China. It is spawning discussion about whether a band-aid solution to a problem like pollution is necessary, but I certainly don’t mind breathing in the clean air while new sustainable energy options are researched and rolled out.

We’re not kidding here. Researchers from the University of the West of England in Bristol and the charity Oxfam have partnered up to develop a toilet that generates electricity from urine. Urine-fed microbial fuel cells containing bacteria that feeds on urine can generate electricity to power enough indoor lighting for a small bathroom.

While the sustainable technology’s initial use is geared to lighting refugee camps, the possibilities for its application are endless. 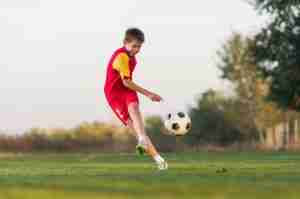 Soccer players run between 7 and 9.5 miles during a match—what if you could turn that kind of energy into something more useful than just entertainment? Recently, famous player Pelé unveiled a new sustainable technology being tested in Rio de Janeiro that allows the field to capture the kinetic energy created by the players’ movement and combine it with nearby solar power to generate renewable electricity with increased efficiency.

The field utilizes 200 underground tiles that capture the energy exerted by the players. When the energy is converted to renewable electricity, it powers floodlights that provide light and safety to the community in Morro da Mineira.