Supply Chain Risk Management and the Future of Natural Disasters

Logistics of Natural Disasters: Preparation and Recovery in the Age of Climate Change

Logistics of Natural Disasters: Preparation and Recovery in the Age of Climate Change 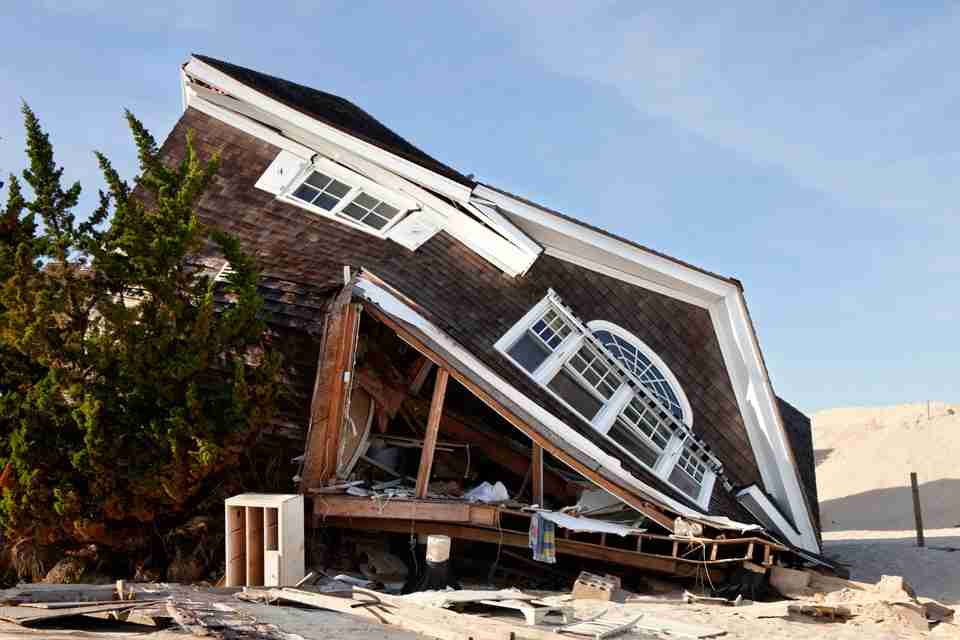 Between 2005 and 2014, the world averaged 335 annual natural disasters—a 14 percent increase from the prior decade. That’s double the recorded events during 1985 to 1994. No experts know the exact details of how climate change will impact the future, but higher instances of extreme weather and more weather-related disasters are certain.

Natural disasters caused a total of $1.5 trillion in damages worldwide between 2003 and 2013, causing more than 1.1 million deaths and affecting the lives of over two billion people.
-United Nations Food and Agriculture Organization (FAO)

Flooding was the most common natural disaster over the last 20 years. It accounted for 43 percent of all recorded events. The UN Office for Disaster Risk Reduction and the Centre for Research on the Epidemiology of Disasters recorded 3,062 flood disasters between 1995 and 2015.

Logistics and transportation companies must activate recovery plans that provide support during and after increasingly intense natural disaster events. 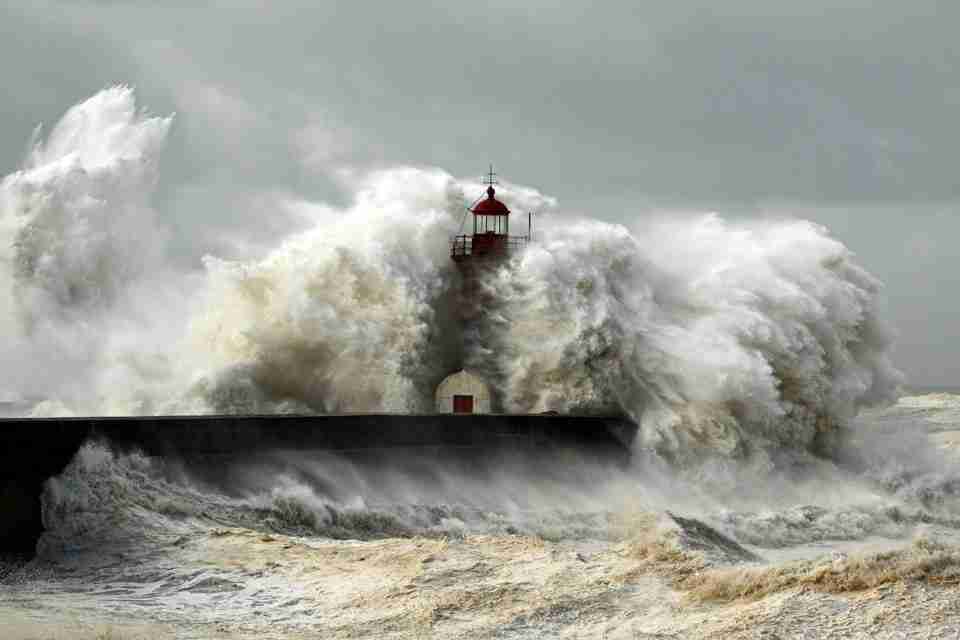 In 2016 alone, Ecuador experienced a 6.1 magnitude earthquake, tornadoes and floods hammered the Southeast U.S., and an earthquake and tsunami hit Japan and the global auto industry. Between 2011 and 2013, the U.S. experienced 32 weather events which each caused over one billion dollars in damages.

The Insurance Bureau of Canada said insured damage caused by the Fort McMurray wildfires was the most expensive Canadian disaster—costing insurance providers $3.58 billion—in the country’s history. Prior to that, the most expensive disasters in Canada were the Quebec ice storm of 1998—costing insurers $1.9 billion—and the Alberta floods of 2013, costing $1.8 billion in insured damage.

NASA reported that while climate change may not be directly responsible for spikes in costly natural disasters, it is virtually guaranteed to shift future catastrophes.

Businesses’ actions now will dictate the future success and safety for their industries.

Luk Van Wassenhove, Director of the Humanitarian Research Group in Fontainebleau at INSEAD, said private logistics companies must consider a few key factors in managing deliveries of materials when rebuilding roads, bridges, plants, and other important infrastructure—all underscoring the necessity of having a clear grasp of the local context and remaining flexible:

“Since the infrastructure has been at least partially destroyed, security may be a concern, and social structures may be weakened. Local context understanding comes with having operations and experience in the country and being close to local partners who know the communities and can appreciate the situation.”

Kevin O’Marah wrote, “of the remainder, nearly all agreed that their supply chains played a ‘limited but meaningful role’ in tackling sustainability. Among 161 respondents from the consumer packaged goods industry for instance, 98 said their supply chain impact was ‘substantial’.”

In terms of supply chain, the food industry is one of the key industries where adapting to climate change is of utter significance. Changing temperatures, rainfall, and impacts on agricultural output all directly affect the industry.

Climate extremes and natural disasters can easily disrupt food processors’ supply and distribution networks over long distances. All prime reasons why the case for climate adaptation strategies in the food industry are paramount. 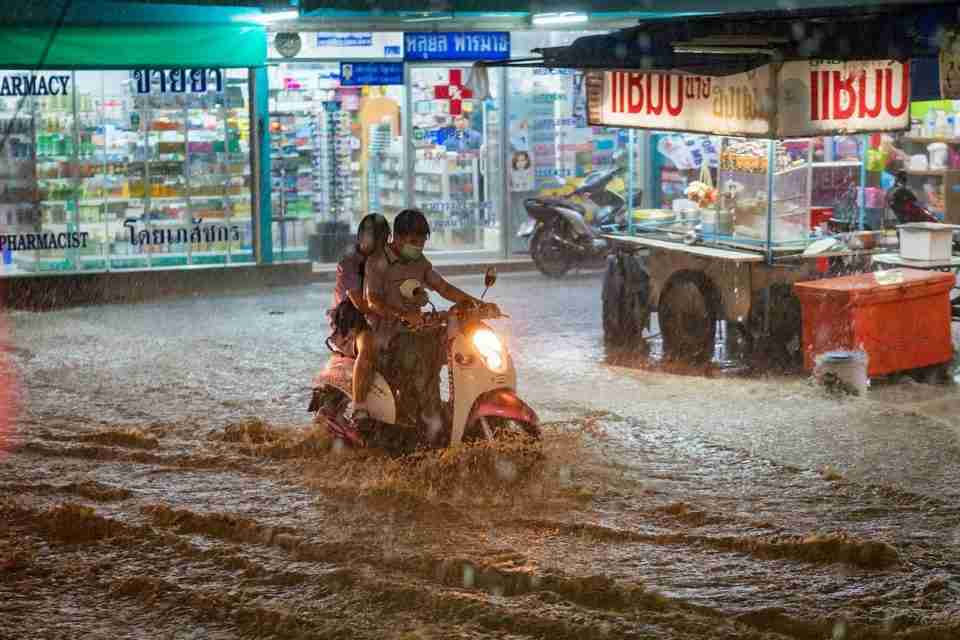 Two examples of the economic impact that natural disasters can have on a global supply chain are the impacts from the Tohuku earthquake and tsunami as well as the severe floods in Thailand of 2011.

The Tohoku earthquake and tsunami cost Japan an estimated $210 billion. “While the quake was felt as far as Europe, it shook supply chains all over the world. Electronics and auto manufacturing facilities were flooded, and in some cases, destroyed,” the report said.

“Companies dependent on Japan’s [just-in-time] delivery practices were left without parts. Global production suffered, affecting other nations’ economies. Toyota, Nissan, and G.M. were forced to temporarily shut down some of their facilities in the U.S. and Japan because they could not ship or receive required components.”

That same year, severe floods in Thailand “incapacitated” the offices of Western Digital—a storage giant who produced one-quarter of the world’s computer hard drives. It was not until a year later, that production could resume at pre-flood levels, which, in turn, impacted computer manufacturing supply chains globally. Sure, financial costs on the local economy were easily dwarfed by those of other natural disasters, but consumers and computer makers around the world felt the jolt.

However, for the sake of diving deeper into North American natural disasters and supply chain specifically, we’re exploring New Orleans as a crucial case study. 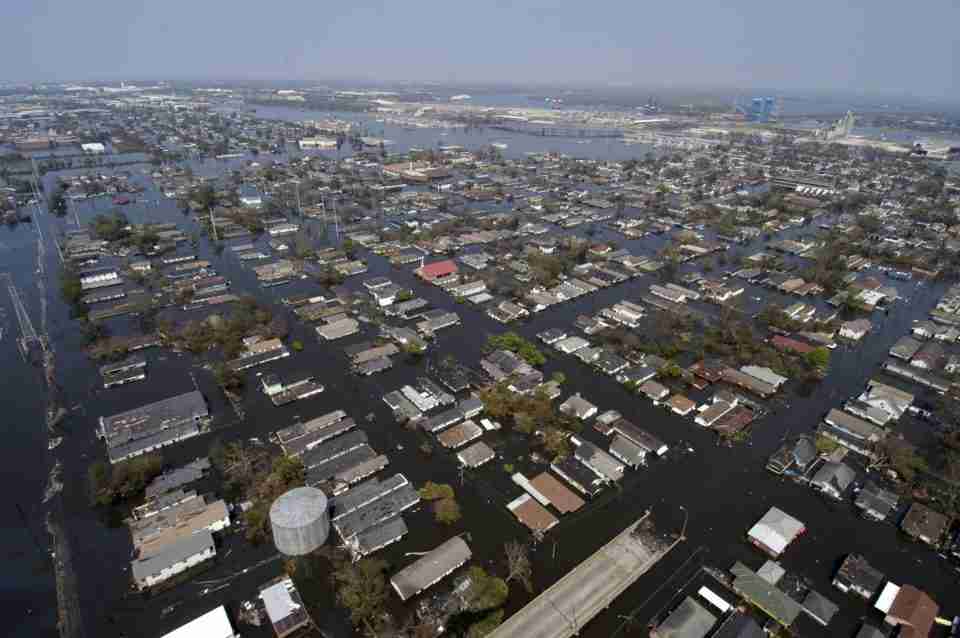 As mentioned earlier, flooding is the most common of natural disasters. To better understand the steps to coexist with climate change, we’ll need to revisit one of the worst natural disasters in U.S. history: the wake of Hurricane Katrina.

The World Economic Forum pointed out, “While the cost of a natural disaster can be high in human terms, the financial costs are enormous. Hurricane Katrina is the costliest hurricane ever in U.S. history, coming in at $108 billion, with $81 billion of that in property damage.”

The 2005 storm killed nearly 2,000 people and displaced one million. Thousands of homes flooded and were left destroyed. Eighty percent of New Orleans was estimated to be submerged—up to 20 feet deep thanks to widespread breaches in the city’s hurricane surge protection.

And the Crescent City wasn’t alone: Katrina caused $100 billion in damage, from Florida to Texas, with rampant flooding.

The Port of New Orleans sustained around $160 million in damage, losing near 30 percent of its capacity. Between flooding, wind damage, no people, no power, a clogged channel—even a warehouse full of rotting poultry—the countless troubles began. Communication alone took days to reestablish. Locating port staff took over a week due to how scattered employees were after the flood.

Another massive obstacle was collecting insurance proceeds. Delays and paperwork were discouraging for everyone, including a port which had come to terms with the strategic importance of documentation of asset condition. Now, modern best practices incorporate video footage of every single asset in the Port of New Orleans’ records.

I had a chance to speak with Associate Professor of Politics at Occidental College, Caroline Heldman, who is also the co-founder of the Lower Ninth Ward Living Museum. She pointed out, “One way that supply chain companies could truly lend a hand in future national disasters is to create an effective response to ensure that disasters do not interrupt their regular business operations.”

“Have a plan for response established beforehand that specifies who will lead relief efforts and how these relief efforts will be carried out—with contingency plans for different types of disasters and in different regions where the company does business,” Heldman added.

“This plan should include a cultivated relationship with an existing NGO to determine the best way to assist post-disaster.”

“A network of NGOs formed in the wake of Katrina, and they are the front line for disseminating information about hurricane preparedness and evacuation routes. The Army Corps of Engineers and local and state governments have launched campaigns to better inform New Orleans residents how to prepare for future hurricanes.”

What exactly can business leaders do to be better prepared or aware of natural disasters and help their own communities prepare? Heldman pointed out four ways New Orleans could have benefitted.

“Business leaders could have played a much bigger role in preventing the human loss caused by the flooding from Katrina. First, they could have insisted on an earlier mandatory evacuation. Instead, business officials lobbied then-mayor Ray Nagin to delay the evacuation because they feared a loss of tourist revenue. This one-day delay proved deadly for many.

“Secondly, business leaders could offer days off for evacuation, even if a mandatory evacuation is not immediately called by public officials. This would allow employees more time to leave areas expecting a disaster.

“Thirdly, businesses in the transportation industry could offer their vehicles to evacuate residents who do not have the means to evacuate. This includes rail, buses, rental cars, taxi services, etc.

“Fourthly, in a post-disaster situation, supply chain companies can shift their supplies to deliver food, medical supplies, and other items needed for immediate relief in disaster areas.”

From a behavioral standpoint, Van Wassenhove said, “Flexibility is necessary since access may be difficult and therefore being able to switch between transportation assets is useful. Similarly, when conditions change dynamically, the skill to be flexible in finding alternative solutions is essential. Call it agility if you like.”

“I hope you never have to go through a disaster like Hurricane Katrina, but I also hope you will be ready if it comes,” LaGrange said.

Extreme weather and climate events pose a serious threat to the health and welfare of American families and businesses, but supply chain companies and their leadership must take proactive steps to safeguard a more volatile future with climate change. The following steps include best practices going forward. 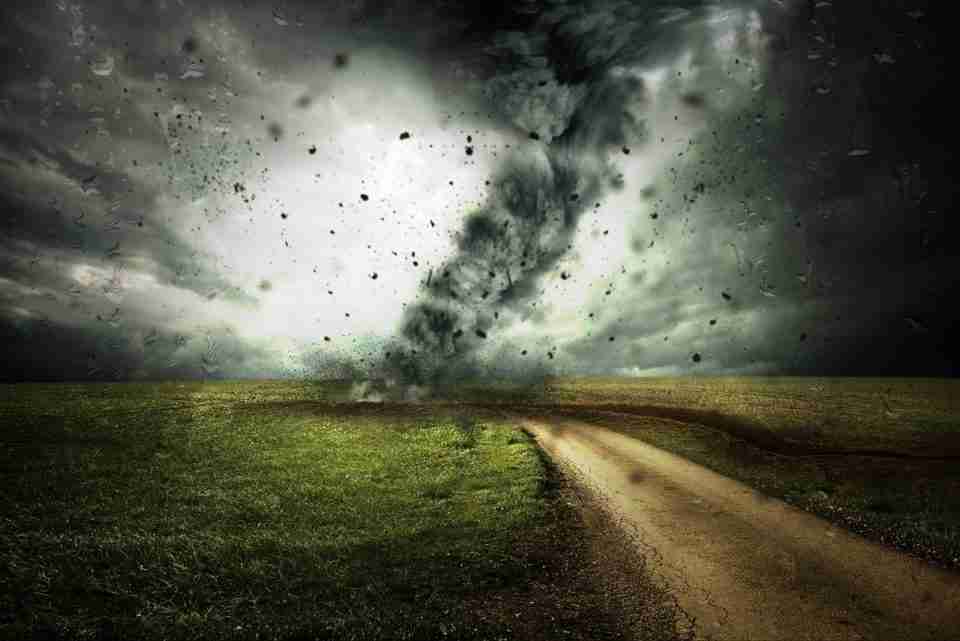 How Supply Chains Can Plan Ahead from USF

Implement these steps as part of a supply chain contingency and emergency plan before a disaster and you could keep your organization productive and profitable.

Next Steps: 4 Steps for Dealing With Natural Disasters (via Kettering University)