Supersonic Passenger Jet is a Better Version of Concorde 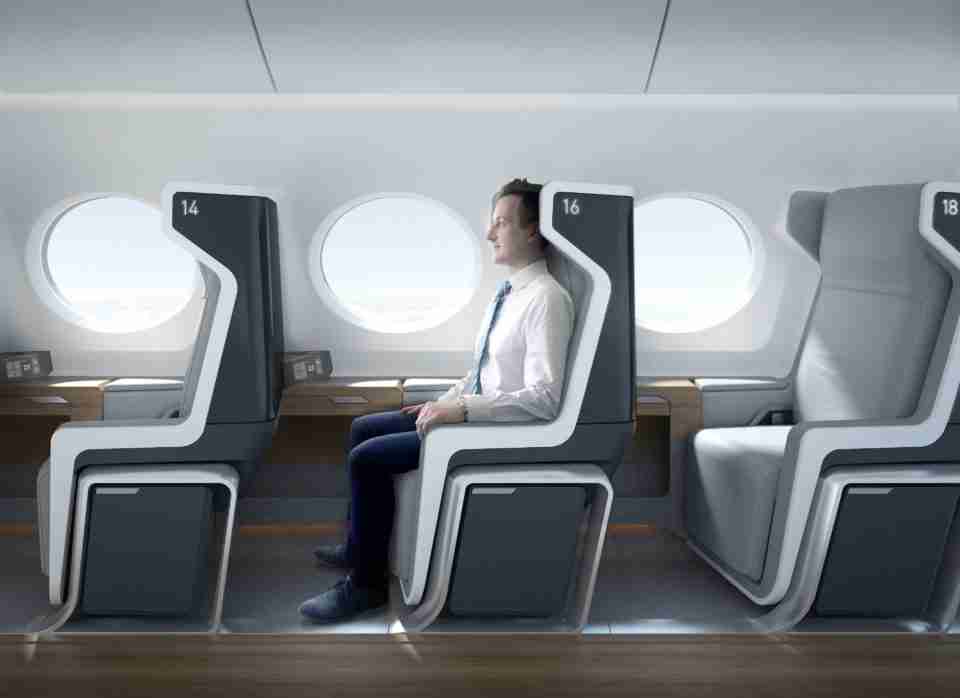 Richard Branson’s latest partnership with an aviation startup could help you travel from New York to London—usually a 7-hour flight—in just 3.5 hours, from San Francisco to Tokyo– normally a 11-hour trip – in just 5.30 hours or LA to Sydney—typically a 15-hour flight—in 6.45 hours.

The Virgin tycoon collaborated with Boom Technology to introduce an idea for a supersonic passenger flight which aims to be better, faster and cheaper than Concorde.

How affordable would tickets be? A round trip from New York to London will cost $5,000 (£4,000).  A trip from Tokyo to San Francisco is expected to cost $6,500, the same as current business class tickets.

“Leave New York at 6 a.m., make afternoon and dinner meetings in London, and be home to tuck your kids into bed. We’re saving you at least an entire day. It’s saving you a night in a hotel. It’s saving you having to sleep on an airplane which sucks,” said Blake Scholl, a former Amazon executive and CEO and founder of Boom.

Most travelers would be surprised to discover that the speed of commercial airplanes today is the same as they had in the 1950s.

Almost all the human inventions have witnessed technological leaps- phones, computers or self-driving cars but the aerospace industry has not developed much for half a century and this is what embarrasses Scholl who thinks that airplanes have got safer but not faster.

“I’ve got little kids, and their grandpa lives in Hong Kong, which is 18 hours away,” he said. “They see him once a year, and they’ll never be close. It’s because we’re basically flying with the same airplanes we were using when my grandparents were little,” Scholl told The Verge.

Assembled in a Colorado aircraft hangar, the prototype is called XB-1 Supersonic Demonstrator. Nicknamed “Baby Boom”, it is one-third the size of the whole airplane.

The subsonic flight test will be conducted in 2017 near Edwards Air Force Base in Southern California while the jet is expected to be ready for its first commercial departure in 2023.

“XB-1 is the world’s first independently developed supersonic jet and the fastest civil aircraft ever made,” says the company’s website. 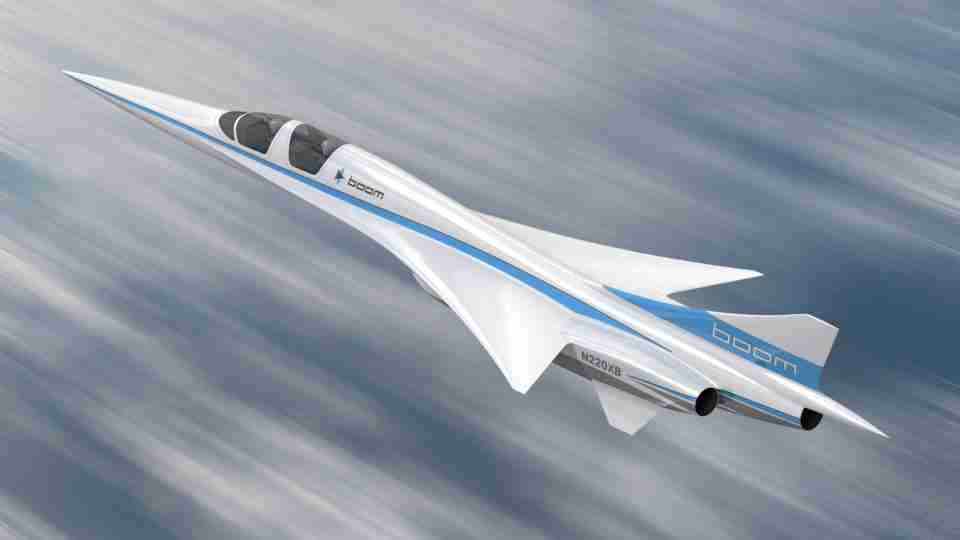 The XB-1 will fly at a speed of Mach 2.2—that’s 1,451 miles per hour—which is 10 percent faster than the Concorde and also 2.6-times faster than other passenger planes.

To target this speed, the plane will fly at a height of 60,000 feet above sea level, meaning passengers will be able to see the curvature of the Earth. Writer Thomas Ricker, in his recollection of his trip aboard the Concorde, describes it as the moment when he “almost touched the face of God.” 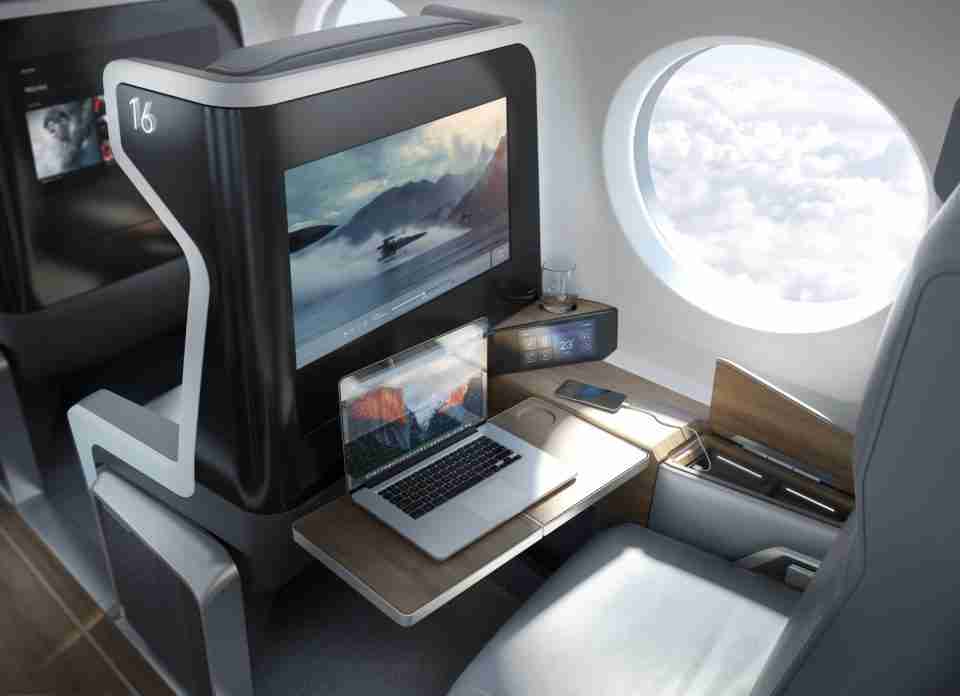 Luxury of Speed at an Affordable Price

Boom is aiming to make its plane more economically viable than the Concorde was, by making passengers to pay a premium for faster speed, just like they are charged nowadays for premium-cabin seats or direct flights.

“I want people to be able to get anywhere in the world in five hours for $100,” Scholl said. “To get there you have to improve fuel efficiency, but step-by-step supersonic air travel will become available for everyone.”

The spacious seating will be split into two single-seat rows, so everybody gets a window and an aisle as well as an overhead bin—not bad. However, the seats are of the standard first-class variety without lay-down beds, to reduce weight.

The Aircraft Will Fly to Global Business Centres

Boom’s aircraft could work on more than 500 different routes but initially would target global business centres such as London, New York, San Francisco, Los Angeles, Hong Kong, Singapore, Sydney, and Tokyo, where corporate travellers would likely pay for the time savings a supersonic jet could afford.

Boom is focused more on over-water routes and doesn’t plan to fly its aircraft across America, the Middle East or Western Europe.

Industry Heavyweights Come Together to Build the Supersonic

Boom has already won half the battle by bringing in together some of the best players in the industry. The company has received a huge support from Virgin Galactic and its iconic CEO Richard Branson, who will reportedly invest $2 billion into the project. Branson will buy 10 planes once the planes are ready to go mainstream.

“I have long been passionate about aerospace innovation and the development of high-speed commercial flights,” said Branson. “As an innovator in the space, Virgin Galactic’s decision to work with Boom was an easy one.”

Another unnamed European airline has optioned for 15 aircrafts and Boom is reportedly talking to other carriers about options for an additional 170 jets.

Branson is not the only big name to be associated to the project. Boom has recruited top aviation experts including Boeing, Lockheed Martin, and NASA, with record breaking astronaut Mark Kelly on board as an adviser. 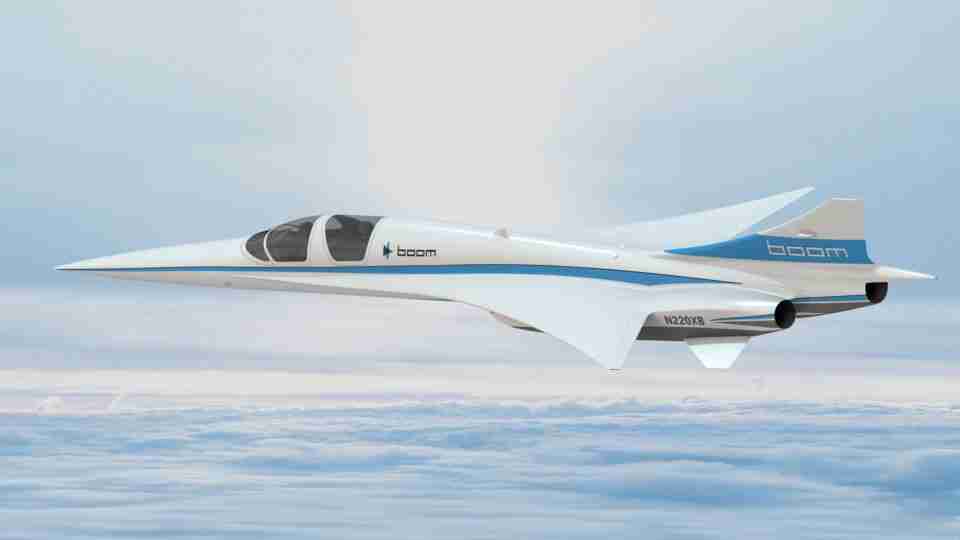 What has Boom Learned from the Concord Debacle

No company thought about flying a supersonic commercial jet since the Concorde jet—a British-French supersonic jet—went out of business after 27 years of service in 2003. A number of factors led to Concorde’s debacle, including the plane’s devastating and only crash in 2000, Airbus decided to stop maintenance on the aircraft and many travelers were not willing to buy the expensive tickets after the crash.

Concorde pampered its passengers including the high profile celebrities such as the Queen, Mick Jagger or Phil Collins with luxurious choices—an idea that Boom Technology doesn’t really agree with. The company’s planes will not provide facilities the cocktail bars, lie-flat beds and showers.

But Scholl’s company would score where Concorde failed.

“I don’t know a single person who wouldn’t want to get there in half the time, rather than have some free champagne,” he said. “It won’t be a bucket-list purchase any more. There is a huge market and the margins are enormous.”

Additionally Boom’s commercial planes will be quieter and 30 percent more efficient than the Concorde. The company has integrated efficient fuel technology, advanced aerodynamics, and lighter materials to produce a safer and affordable supersonic aircraft.

Other Major Players Building their Own Supersonic Jets

Boom isn’t the only enthusiast working on supersonic travel. Concorde Club is looking to bring back Concorde jet by 2019. NASA is working on its quieter and commercial supersonic jet called an X-Plane.

Airbus has is building an aircraft that can supposedly fly four times the speed of sound while a Boston-based Spike Aerospace is developing $80 million supersonic jet which will have embedded video displays and not airplane windows.

Booming Future Ahead for the Aviation Industry

Boom could sell 1,300 supersonic passenger jets worth $260 billion over 10 years, according to a report by Boyd Group International, an aviation consulting firm.

“I started this because I was sad that I never got to fly on Concorde. I waited but no one was doing it, so I decided to,” Scholl said. “Ultimately I want people to be able to get anywhere in the world in five hours for $100.”

It’s now just a question of ‘waiting’ before passengers can enjoy more about being at a destination and worry less about getting there.