A look at food and beverage trends that will dominate summer 2018.

A look at food and beverage trends that will dominate summer 2018.

With summer fast approaching, it’s time to get a look at some of the top summer food trends of 2018.

The summer food trends of 2018 have been influenced by the need to be healthier, creative, and adventurous. Whether you are vacationing or stay-cationing, try out the newest summer food and beverage trends for 2018. From health conscious food options to indulgent international flavors, give your summer a new creative spin.

Dig in and enjoy! 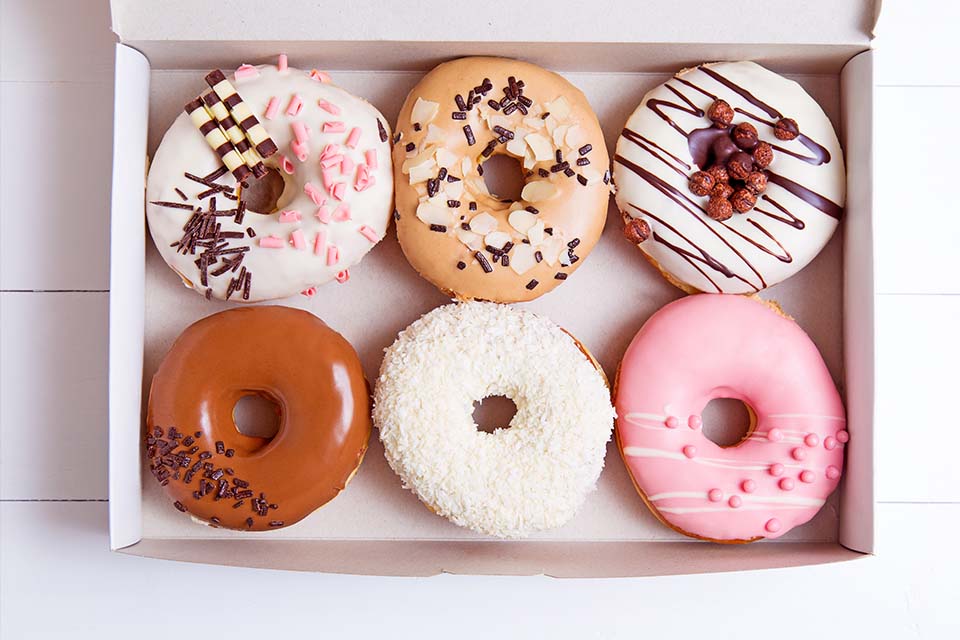 Restaurants such as Glazed in Charleston, South Carolina offer the unique and trendy experience of eating a donut with a non traditional filling made from local ingredients. The menu includes donuts like the Sweet Corn and Blueberry, filled with sweet corn custard, and the Strawberry and Champagne donut, with champagne infused strawberry filling. Other unique flavors include green tea, blueberry, sesame, and bourbon cream filling.

Another dessert following this trend is a summer essential—rolled up ice cream. This trend started in Thailand and has slowly made its way stateside. Now you can find trending videos online of ice cream being rolled up with different creative and innovative ingredients.

Ice cream shops like Sweet Cup in Orange County, California have taken this trend to the next level by with colorful creations such as

Styling its ice cream dishes like artisanal choco tacos makes for a promising summertime dessert. Other shops across the country have also taken to this trend and added their own twists, such as Blossom Ice Cream in Brooklyn, and I-CE-NY in Philadelphia. 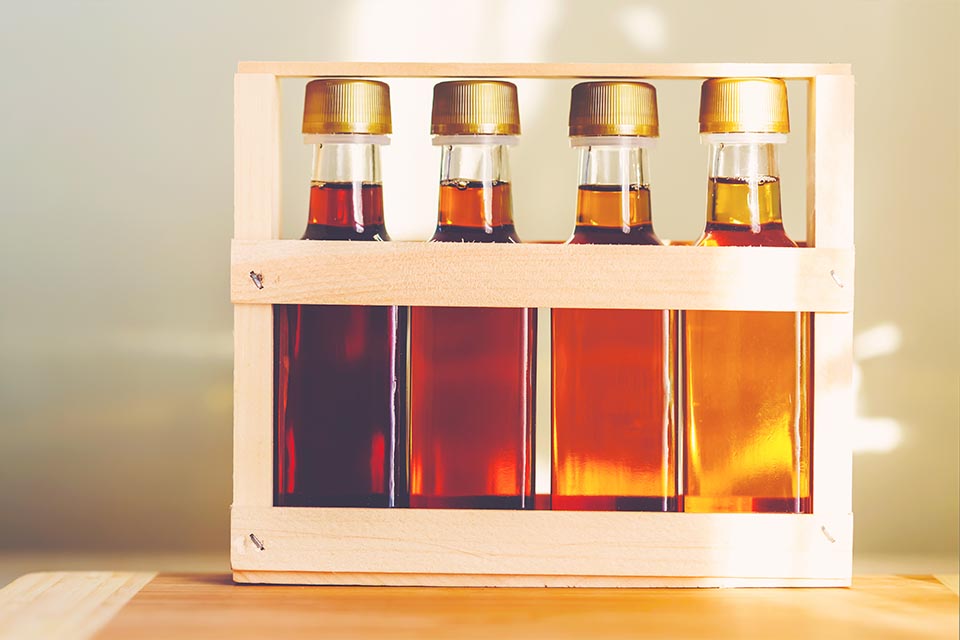 This summer food trend of 2018 is one we recently wrote about but it calls for a shout-out on our list. As we previously mentioned, there has been a slow shift away from cane sugar that has led the masses to turn to alternative sweeteners. These are a few alternatives people have been using:

As summer approaches, and the trend for healthy eating continues to dominate food trends this summer, it seems that healthier alternative ingredients are being embraced. 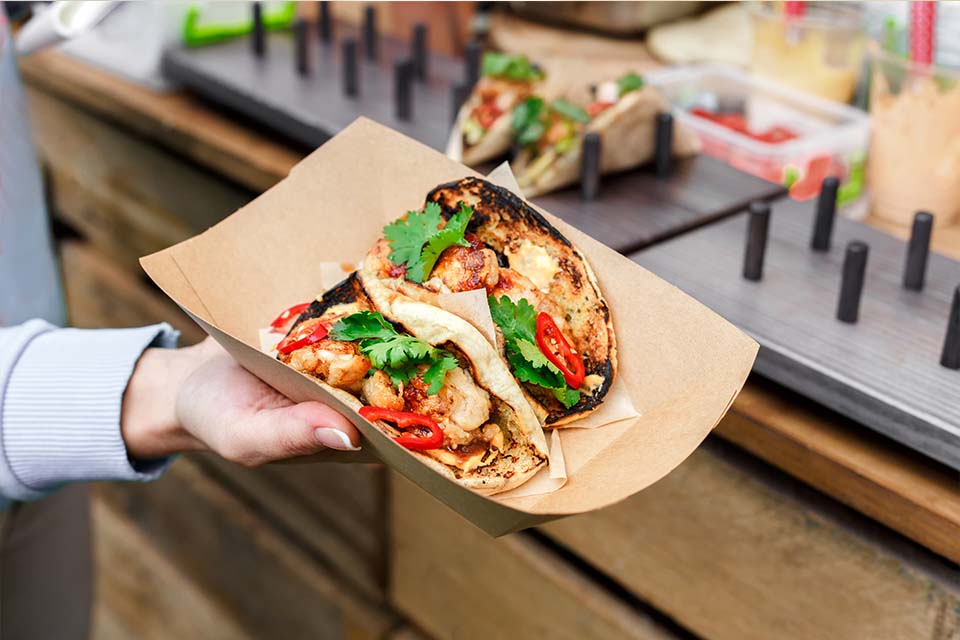 Tahini is a great example of this as Amy Emberling of Zingerman’s Bakehouse explained, “Tahini may have started with the chefs and bakers making Middle-Eastern food, but than others of us see it and begin to translate it into our own kitchens.”

Emberling is referring to the fact that tahini is now being added to everything from desserts, smoothies, and even cocktails. This ingredient is undoubtedly considered a cultural and culinary significant ingredient, but as of late tahini has gained popularity in the US.

Sriracha took the U.S. culinary world by storm and other international condiments will be doing the same this summer. Korean sauce has begun making waves across the country. Restaurants like 5 Napkin Burger in Manhattan offer dishes like Korean BBQ Wings to a crowd that is absolutely loving it. Here are some examples of Korean hot sauces slated to be popular this summer 2018.

Additionally, as street tacos have made the mainstream turn other international foods will be making their way into our lives via street vendors. Everything from dumplings, pupusas, kabobs, and tempura will be found in streets across the country.

Baby Wale in Washington, for example, is a street vendor that offers a small taste of El Salvador with its popular version of a pupusa made with zucchini and mozzarella. Nong’s Khao Man Gai is a street vendor in Portland that exclusively serves the popular Thai dish known as khao man gai—a rice and chicken dish with pungeon sauce, fresh cilantro, and cucumbers. These type of street food vendors will continue seeing a rise as international foods and flavors become increasingly popular this summer 2018. 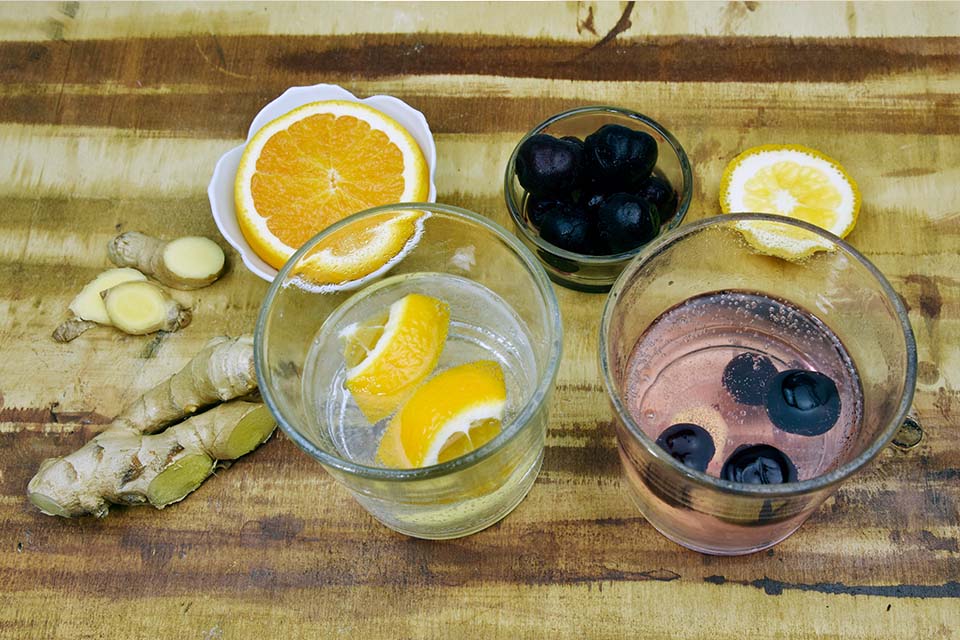 Craft beer has cemented itself as a cornerstone beverage, but what about soft drinks? This is a concept expected to be a summer food trend for 2018. Along with the trend for natural sweeteners and unique infusions, craft soft drinks incorporate unique flavors like juniper, lavender, and hibiscus.

The new concept has already been met with success by the multi-billion dollar U.S. soft drink market—especially since traditional sodas have been facing scrutiny as consumers shift away from artificial flavoring and the overconsumption of sugar.

With the healthy eating movement, the concept of craft soft drinks is welcome as specialty and artisanal soda can offer a promising alternative for old school soda drinkers. 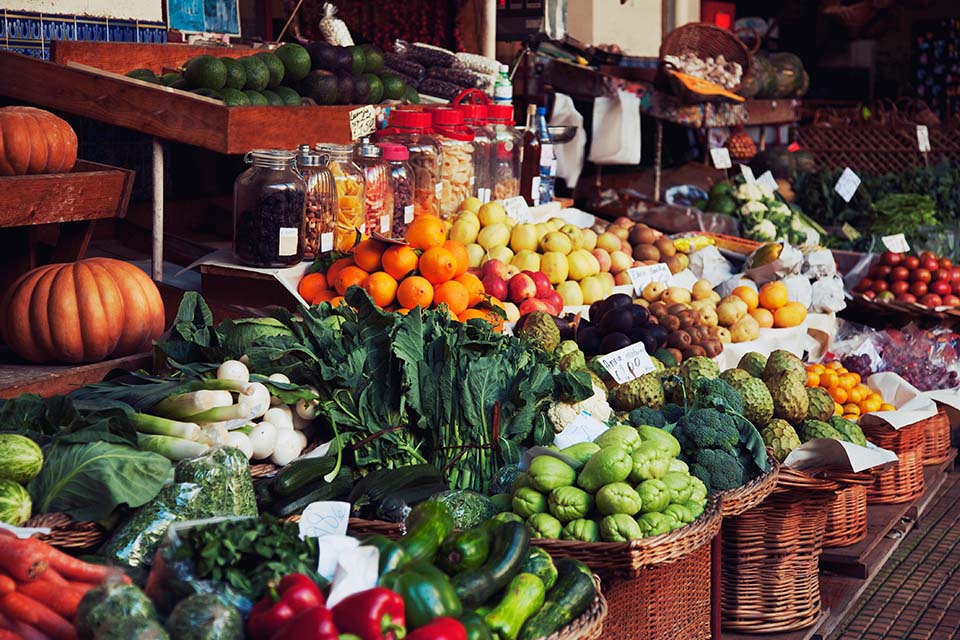 The concept of hyper local food is a trend that has been gaining speed and shows no signs of slowing. It eliminates as much distance as possible between farm and fork. Restaurants sometimes grow food on their very own property but as this is still a relatively new concept, it’s more common for restaurants in the U.S. to opt to be hyperlocal to source their foods from nearby urban farms.

In North Bethesda, Maryland Canopy by Hilton is leading the way with regards to this summer food trend of 2018. The hotel is entirely hyperlocal, all of the produce purchased is from within 50 miles of the hotel. Even the honey they use and the beers they serve are local.

“Local, vegetable-forward, and ethnic-inspired menu items will reign supreme in the upcoming year.  Guests are implementing these trends in their own lifestyles and want to see them reflected on restaurant menus. In response, chefs are creating more items in-house and turning to global flavors.” said Hudson Riehle, Senior Vice President of Research at the National Restaurant Association.

Riehle solidifies the fact that not only hyper local food, but international food as well will continue to trend well into summer 2018. 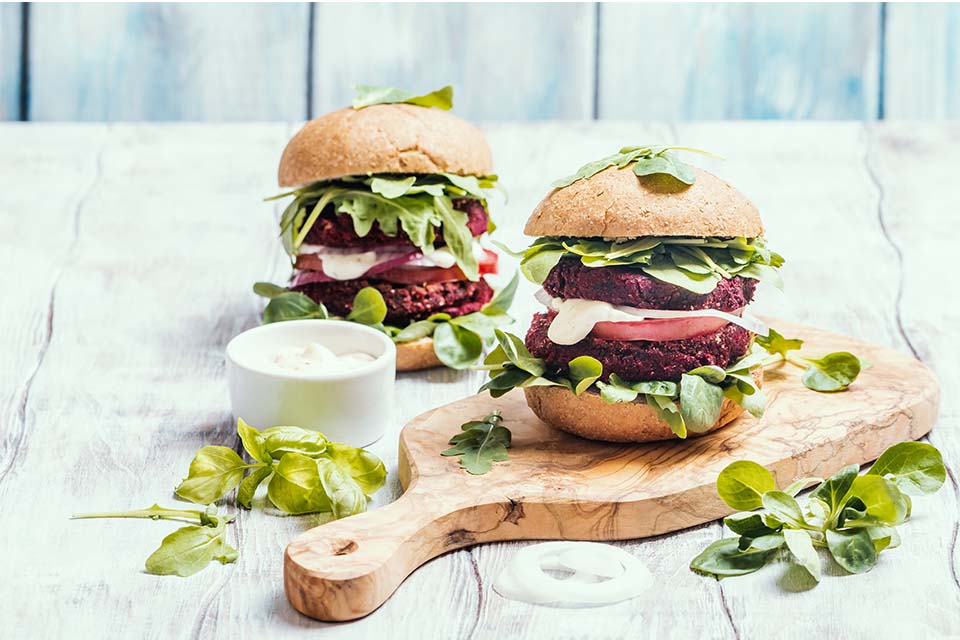 We are no strangers to the concept of lab-made food and according to the rise in popularity of products like Beyond Meat, it appears the U.S. consumer is on board as well. Plant-based meat is already being used in restaurants across the country as well as by consumers at home. There has been an 8.1 percent growth in the sales of plant-based foods—2.1 percent of which were sales in refrigerated and frozen meat products. Cell-cultured meat is not far behind as startups have begun surfacing, such as Finless Foods—a company working toward the development of a cell-cultured Bluefin tuna.

Considering the benefits to the environment, it’s clear that science based food is being looked at as a more palatable option than in the past.

“Once clean meat is commercially available and is offered alongside conventional meat—and consumers are thereby informed of all its advantages—we at GFI have no doubt that consumers will opt for the former,” said Bruce Friedrich, Co-Founder and Executive Director of The Good Food Institute.

While this concept has a ways to go, Beyond Meat already sells products such as sausage, burger patties, grilled strips, and crumbled plant-based meat. There are plenty of options to choose from and considering that they have been able to duplicate the juiciness found in a beef patty, we predict this company is gearing up to have a successful summer 2018. 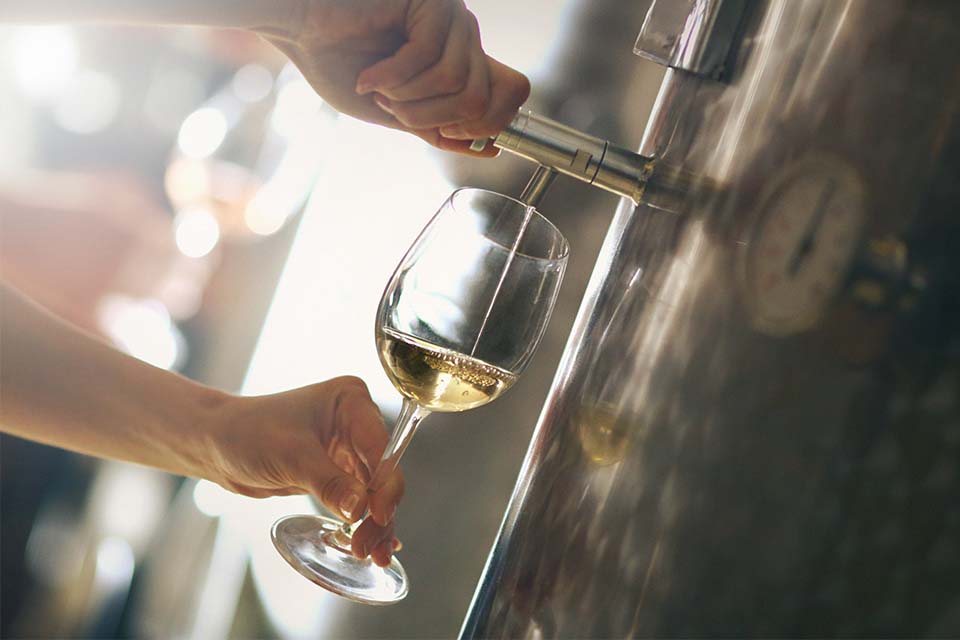 Drinking wine from a keg is not common practice, but that is set to change this summer. Hotels are hopping on this summer food trend of 2018 by adding something called a Plum machine to some of their rooms. The machine is about the size of a large espresso machine, but instead of making a warm cup of espresso, this machine preserves two opened bottles of wine for weeks and keeps it at the perfect serving temperature. The machine is allowing hotels across the country to embrace the wine on tap concept.

So far, there are about a dozen hotels across the country already serving wine on tap or expecting their machines to be installed in the near future. The Plum machine serves a variety of wines such as:

So for those of us already planning our vacations this summer, this is an added in-room luxury to look out for.