On June 9, 2021, Steve Lesnard, CMO and Global VP of Product Creation at The North Face, delivered the opening keynote of Day 3 of the CMO Digital Summit. The Digital Summit was specifically designed to help CMOs face the challenges brought on by the pandemic, the resulting changes in customer behavior, and how brand marketing can adapt. The title of Steve Lesnard’s keynote was, “How to Lead with Values and Purpose During The Pandemic” and it took a look at how brands could rethink how they supported their community, as well as how to market in response to forced closures and increased online competition. Lesnard shared what he’s done at The North Face for the past 15 months, and how he has led the company’s brand marketing during this challenging time. 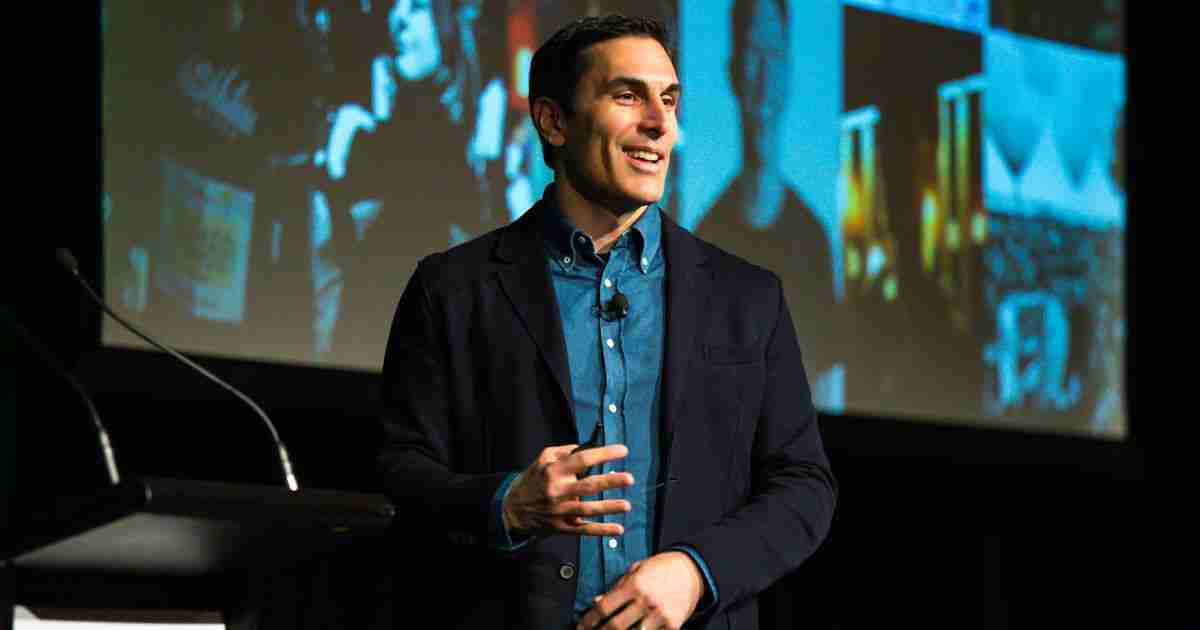 What is The North Face?

If you look at the logo of The North Face, you’ll see a stylized version of Half Dome in California’s Yosemite National Park, one of the world’s most famous and challenging climbing walls. The company’s brand vision is to be the world’s leading premium outdoor brand. Founded in Berkeley, California they have been equipping “explorers” with equipment since the 1960s. As a company that equips athletes to climb and survive in some of the harshest conditions in the world, they are a technical performance outdoor brand but have also been adopted by more casual consumers. This puts them in the unique position of having customers who are core athletes and outdoor enthusiasts while also being a lifestyle brand, giving them two communities to serve.

The North Face views its brand purpose as encouraging more exploration in the world, “We dare to lead the world forward through exploration” and “Never stop exploring.” They want to get more people outdoors, pushing their boundaries. One thing that sets The North Face apart from other athletics brands is that their equipment is built to protect the athletes’ actual lives, as it must perform in the most extreme conditions. This leads to the company’s obsession with quality control. But they also view the slogan of never stop exploring as just getting out into the world for the casual consumer that is also a big part of The North Face’s customer base.

For The North Face, the idea of the entire pandemic would seem to be completely against the ethos of the company. The pandemic meant people couldn’t get outside, they were required to stay home and use screens to interact with others. It certainly made exploring hard. But The North Face also views their ethos in a third way, which is of pushing personal boundaries, and finding new ways to engage.

How Did The North Face Lead with Purpose During the Pandemic

Steve Lesnard shared the three key tenets that the company used in responding to the pandemic:

They also looked at how they worked with partners, including their partnership with Supreme, which is more agile than The North Face. They were 3 weeks from launching a collaboration, but within a few weeks, they were able to add a few items to the collection that were fundraisers which raised over $500,000 that went directly to first responders. They also used their partnership with the Girl Scouts of America to reach out to their alumni with a special t-shirt with all of the proceeds going to first responders, raising another $500,000. These both were made possible by working in partnership and leveraging other companies’ communities and resources.

In June 2020 they also responded to the social activism movement. One of the main goals of The North Face is to make exploration accessible for everyone. The company saw that on the Facebook platform their African American athletes were being bullied. They decided to protect them. When NAACP issued a challenge to boycott Facebook ads for July, The North Face was the first global brand to meet that challenge, taking action to change, and were part of a movement of 4,000 brands. They also got over 11,000 impressions in media in under three weeks as a result of being that early global brand to join. And while giving up Facebook and Instagram ads for a month was a major challenge for The North Face, the boycott had its effect on Facebook which has since worked with the company to mitigate harassment on their platform.

Another major issue for The North Face came with the understanding that in North America, over 30% of People of Color don’t have access to the outdoors. Over the last decade, The North Face has spent $10 million on the Explorers Fund, dedicated to making the outdoors accessible to everyone. But during that period of social unrest, The North Face met with their athletes and were told that while The North Face did a lot, it wasn’t enough. For this reason, they created a complete overhaul of how they addressed inequity in the outdoors and created the Explore Fund Council. They have committed $7 million over the next five years to this endeavor, and believe that this way of showing up was what allowed them to truly bring their actions in line with their brand ethos of providing access to the outdoors for everyone on a deeper level.

Being an athlete in the outdoors means constant problem management. With The North Face, their brand is all about how to get people outside and exploring, but everyone was required to stay indoors. So The North Face once again turned to their athletes. And one thing that the athletes shared was what big part isolation played in their lives. Between the downtime spent alone planning, to being stuck in a tent for weeks at a time alone or with just one teammate, outdoor athletes are very familiar with intense isolation.

So The North Face leveraged athletes to create a variety of content. This was self-shot from the homes of the athletes and dealt with everything from mental health to isolation to motivation. Soon the community was asking athletes how they stayed fit, so athletes began sharing their at-home fitness routines. 25 different films created millions of impressions and grew the community. It was a lot about just listening to what the consumers wanted.

Another major problem which The North Face saw was a lack of summer camps for kids, which in the United States is so central to kids getting outdoors. To solve the problem, The North Face created their summer camp, entirely free and virtual. They created a two-week curriculum that kids could join at any time, and the counselors were the company’s star athletes (with athletes shooting their own content), and included much more than the outdoors, from photography to baking. There were over 80,000 families who completed the whole curriculum and over 500,000 who signed on.

There was a lot of negativity in the world during the pandemic. And this was not just due to the actual pandemic, but from politics to the environment there was an impending sense of doom for many. Yet The North Face views their industry as one of inspiration, encouraging people to look up and out at nature.

One thing which the company noticed was all of the talks around ‘going back to normal,’ but they had a realization that normal was not good enough, and for that reason, they created an entirely new campaign based on “Reset your normal.” A key component of this was that there was a renewed interest in the outdoors and exploration, even if it was only what one could do while staying home. The purpose of the campaign was to inspire people to explore and make the world better, no matter the circumstances.

In terms of innovation, The North Face has been trying to gain traction in the footwear industry for quite a few years, a part of the company with which Steve Lesnard is very familiar as VP of Product Creation. They had been working on a state-of-the-art endurance trail running shoe. But the question was, do they still go forward with this endeavor when it is completely unclear what the market will be, and even if it is possible to manufacture a new product with complications with factories from the pandemic. They went ahead and released the shoe, and won many innovation awards, along with gaining plaudits as the new major new player in the world of outdoor footwear.

Key Takeaways for Success During the Pandemic

Steve Lesnard, CMO and Global VP of Product Creation at The North Face shared how the company is unique from many other global brands, but it adopted several strategies during the pandemic from which all companies can learn many brand marketing lessons.

Steve Lesnard is the CMO and Global VP of Product Creation at The North Face. He has worked for well over two decades for athletic brands, where he drove innovation. At The North Face, he recently led the launch of the company’s nanospinning technology, FUTURELIGHT, a major innovation that signals a pivot for the company.