South Florida’s temperate weather and beautiful coastline has long drawn retirees to the eastern tip of the Sunshine State, but over the past few years... 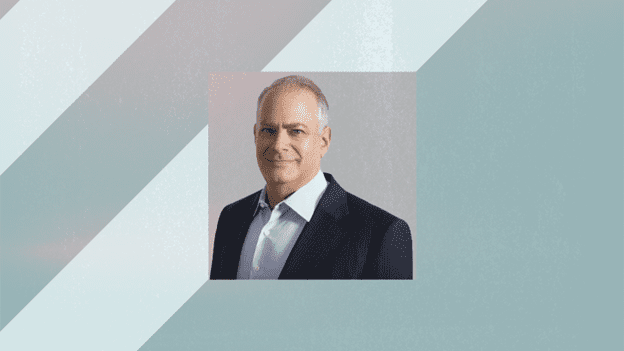 South Florida’s temperate weather and beautiful coastline has long drawn retirees to the eastern tip of the Sunshine State, but over the past few years the area has been an increasingly popular destination for younger residents too. In addition to the draw of working remotely from the beach, the availability of homes and lack of state income tax has seen Florida gain more than 200,000 residents in the last year, making it second only to Texas in population growth.

The influx of people has created new shifts in the makeup of the cities within the greater Miami metropolitan area. According to Stephen Bittel, founder and chairman of the commercial real estate firm Terranova Corporation, one of these shifts include a growing number of family-friendly businesses migrating to the markedly luxurious Boca Raton.

Indeed, Terranova’s retail center Shadowwood Square located in west Boca Raton recently signed two new tenants under that category: Carter’s Retail Inc., the largest branded marketer of baby and children’s clothing in the United States; and The Great Greek Mediterranean Grill, a fast-casual franchise with over 40 locations across the country and eight in South Florida alone.

Carter’s Retail Inc. was founded in 1865 and for over 150 years has been a trusted baby and children’s clothing vendor. It markets apparel under a number of brands, including its two most recognized Carter’s and OshKosh B’gosh. In addition to being available at thousands of national department stores and some of the country’s largest retailers including JCPenney, Kohls and Macy’s, the company’s brands are sold at over 600 company-owned retail stores. The company is notable for actively seeking opportunities to positively impact the communities their stores are rooted in.

The Great Greek Mediterranean Grill is similarly focused on family and tradition, having been founded by two third-generation restaurateurs who had over three decades worth of experience in hospitality between them. The company’s dedication to combining high-quality ingredients with bold flavors at a fair price have seen the franchise explode over its decade-long existence, and the dining experience inspired by the founders’ memories of their own youth in and out of the kitchen makes it a strong tenant for the retail center.

These two new leases follow the signing of the Sprouts Farmers Market, now under construction and expected to open later this year. The 220,426 square foot retail center is located at the northeast corner of US-441 and Glades Road, a high traffic location with 82,000 cars passing daily. The local population for the area is over 190,000 with an average household income of $98,000, but there is a growing customer base for Shadowwood Square thanks in part to a new large scale residential development immediately north of the shopping center. Carter’s Retail Inc. will occupy 4,442 square feet at 9831 Glades Road and The Great Greek Mediterranean Grill will occupy 2,700 square feet at 9961 and 9963 Glades Road.

Although notable as being listed on the IRS’s top 100 wealthiest cities in the United States, the new residential development and added tenants to Shadowwood Square are indicative of the population increase shifting the landscape of South Florida. Stephen Bittel says that a number of businesses are seeking to make their mark in the tri-county area of the Miami-Dade, Broward, and Palm Beach counties.

According to Bittel, during the pandemic many C-level executives were inspired to move to Gold Coast, taking advantage of the new remote working standard. This year, he predicts a new wave of the second level of senior leadership will make their way to the area, seeking proximity to the top leaders who preceded them. Eventually, the trickle-down effect in-tandem with a hybrid-work environment that appears to be the new normal will see office spaces for these businesses open up.

As Covid-19 has made clear that location and opportunity are increasingly becoming decoupled, numerous businesses are opening up locations in the state once relegated to retirees. Experts agree with Bittel’s observations, saying that they expect the trend of corporate relocations and new regional offices that have occurred over the past few years to only grow both in amount and scale –– Goldman Sachs and Microsoft are reported to have deals in place, although nothing has been officially announced yet, and Citadel Securities has announced plans to move their entire company to South Florida.

Bittel says the ripple effect of the population increase in South Florida can be seen in everything from an increase in organic supermarkets to demand for out-of-market restaurants. For example, the popular Amazon-owned supermarket chain Whole Foods announced in 2021 that it would be opening two stores in Miami, and the Arizona-based Sprouts Farmers Market opened five new stores in Miami-Dade county that same year in addition to the one currently under construction in Shadowwood Square. Restaurant transplants such as the red sauce institution Rao’s from New York City and the plant-based hotspot Plant Food + Wine from Los Angeles – both with planned Miami openings in 2022 – serve to illustrate the changing population of South Florida and evolving demands of it.

To this point, Terranova’s restaurant space leasing is currently at 100 percent, and the rates are higher than they were in the years before the pandemic. According to Bittel, restaurant sales for 2021 actually exceeded what was earned by the same tenants in 2019, thanks in part to the quick adaptability the industry showed through pivoting to takeout and deliveries and expanding their outdoor dining capabilities. Along the historic Miracle Mile stretch in Coral Gables, 2021 saw over 70 restaurants acquire outdoor dining permits from the city, making the stretch a popular spot for dining.

The stronger and more resilient restaurants created by the coronavirus pandemic combined with the rise in new residents in the tri-county area has created a strong market for restaurants, but Stephen Bittel has noted that he has seen many retailers struggle to adapt in a similar way. While the expansion of Carter’s Retail Inc. into Boca Raton is indicative of the company’s ability to grow in spite of the pandemic setbacks, according to Bittel older retailers that weren’t able to maintain a strong online presence have seemed to struggle even in the midst of the growing South Florida population.

With over 40 years of experience in commercial real estate, Bittel is no stranger to the changing tides of commercial real estate and has shown a preternatural gift for analyzing trends. Terranova has shifted its strategy many times in the face of a changing world, at one point holding one of the largest property bases in South Florida with nearly ten million square feet of real estate including office buildings, industrial parks, multi-family and self storage assets in addition to over 100 open air shopping centers. Today, it is perhaps most known as one of the major owners of property in the urban retails centers of Miracle Mile of Coral Gables and Lincoln Road in Miami Beach.

In 2022, the company has worked to utilize its balance sheet and take advantage of the opportunities presented in light of the recent change to the South Florida market. This includes a $55 million refinance of its portfolio of properties along Miracle Mile and the $6.8 million acquisition of 93 Miracle Mile, indicating that urban retail will only continue to become a higher need as millenials and others of younger generations make their way to the area. Additionally, the firm has sold its headquarters of nearly 20 years, a 52,000 square-foot building on 41st Street for $22 million and intends to find a new home in a different area of South Florida.

The future looks bright for the Sunshine State, as people flock to the area in search of warm weather and affordable housing. According to Stephen Bittel, a better headline for the state couldn’t have been written.