The state of vaccine distribution 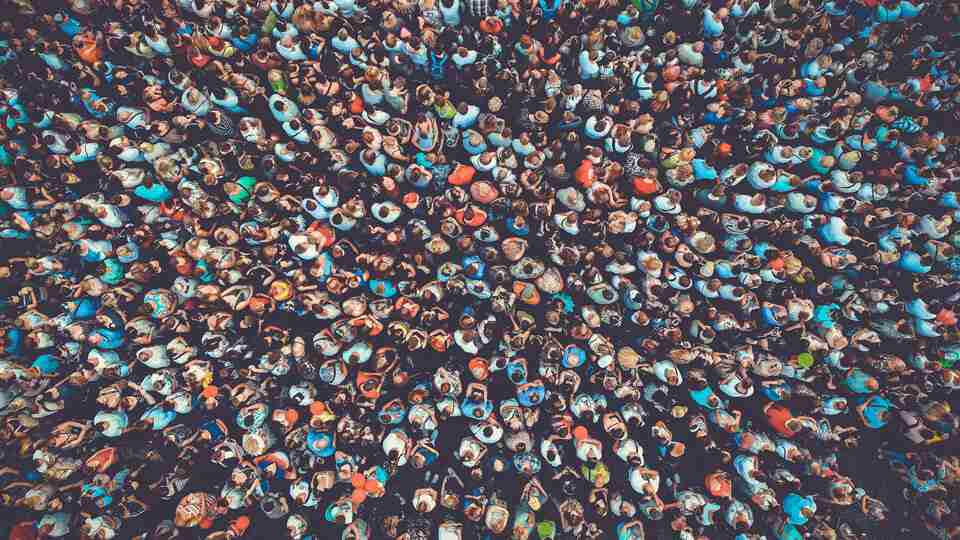 Developing a COVID-19 vaccine was supposed to be the hard part.

Instead, the strategy of vaccinating frontline care workers, residents of long-term care facilities, and other high-risk populations ahead of the general public has found itself in the unfortunate place where most good intentions go: on the road to perdition.

Echoes from the polio vaccine rollout of the mid-’50s remind us that we are dealing with the same Eisenhower-era stumbles today, including rapid approval followed by shortages, distribution chaos, and inconsistently applied prioritization guidance. There is one stark difference from those days: Because polio is a childhood disease, schools were an ideal setting for mass vaccinations. Line up in the hallway, roll up your sleeve, go on with your day. Polio solved.

The miraculously rapid development of the COVID vaccines sparked amazement and hope in a weary nation, and a population accustomed to leading the world in scientific and industrial breakthroughs fully expected the miracles to keep coming. In the thrill of the hour, government leadership did not disabuse us of that notion, and when those stratospherically high expectations were unmet, deep disappointment tainted the effort.

There are problems aplenty, but they are solvable. Most of the issues live in the “last mile” delivery from the healthcare provider to the immune system. “That last mile—the vaccine’s journey from, say, centralized distribution centers to clinics and finally to patients—isn’t a measure of distance. It’s a pothole-strewn maze of regulations and supply chains that companies must navigate to get their vaccine distributed, eventually to almost every person on the planet,” Tina Hesman Saey of Science News said.

“In the coming months, as vaccine distribution expands to a wider population, new issues are certain to arise,” German Lopez of Vox said. “While not all of these are foreseeable, experts say there are ways to at least plan for addressing them quickly: establishing backup plans, staying in close communication with vaccinators on the ground, constantly surveilling the supply chain’s many moving parts to clear bottlenecks as they come up, and creating a public education campaign to convince more skeptical Americans.” 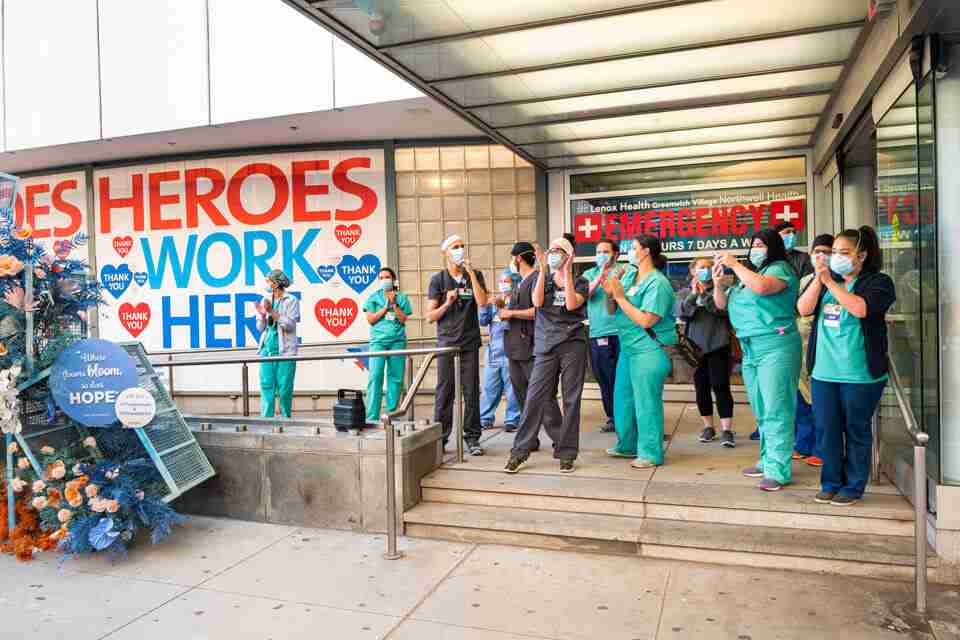 “What we have here is a failure to communicate …”

“A massive vaccination campaign won’t work with our current fussy and intricate criteria for who gets a shot and when. We learned in 2020 that our health system simply cannot do complicated things,” Peter Hotez opined in the Washington Post. Hotez is a professor of pediatrics and molecular virology and microbiology at Baylor College of Medicine and co-director of the Texas Children’s Center for Vaccine Development.

“Yes, the Phase 1A rollout for healthcare professionals and nursing home residents made sense, but beyond that, we have no mechanism for gate-keeping at scale. There is no obvious path for vaccinating tens of thousands of people while ensuring that the first ones in line qualify by essential occupation or underlying health condition. Confirming such criteria is complicated at best, and it’s probably not even feasible to try under conditions of duress,” he added.

Worries about widespread waste are rumored as state health systems attempt to follow CDC guidance, which mandates that organizations “report the number of doses of COVID-19 Vaccine and adjuvants that were unused, spoiled, expired, or wasted as required by the relevant jurisdiction.”

Because Pfizer’s vaccine must be kept frozen at -70 degrees Celsius, special refrigeration is required until the seal is broken on each vial before it is administered. Several hospitals nationwide are creating protocols to reduce waste, such as planning each day’s volume of vaccine to be distributed in advance, and adjusting as the day goes on.

A special report from MedPageToday found that sites that are keeping waste down also keep lists of the individuals prioritized in their states, including healthcare workers and first responders. “When they find they have doses unaccounted for, they methodically call these people, working their way down the list until enough of them agree to come in. Sometimes they settle on whoever is willing and available—including nonclinical staff and volunteer workers, even when they don’t qualify under the current priority scheme,” they said.

Many states lack vaccine reporting requirements, and fears of being pummeled by the press may be suppressing the actual numbers of discarded doses. In January, Ashish Jha MD, MPH, dean of the Brown University School of Public Health, expressed frustration at the lack of data he has seen from hospitals when it comes to wasted doses. Many do not have rules for collecting and disseminating the information. “The problem is that hospitals that do report this get pilloried in the press for wasting vaccines,” Jha told NBC News. “So, many hospitals are not reporting and this is happening across the country.”

Researchers at the Kaiser Family Foundation point to a lack of clear communication as a significant barrier to getting everyone vaccinated. “Among those who have not yet gotten the COVID-19 vaccine (94% of all adults as of late January), six in ten say they do not have enough information about when people like them will be able to get the vaccine,” they explained.

“Six in ten lower income adults with a household income under $40,000 (61%) say they do not have enough information about where they will be able to get a vaccine, compared to about half of those with a household income of $90,000 or more (49%). Similarly, lower income adults are also less likely than their higher income counterparts to say do not have enough information about when people like them will be able to get the vaccine (66% vs. 54%),” the foundation said. 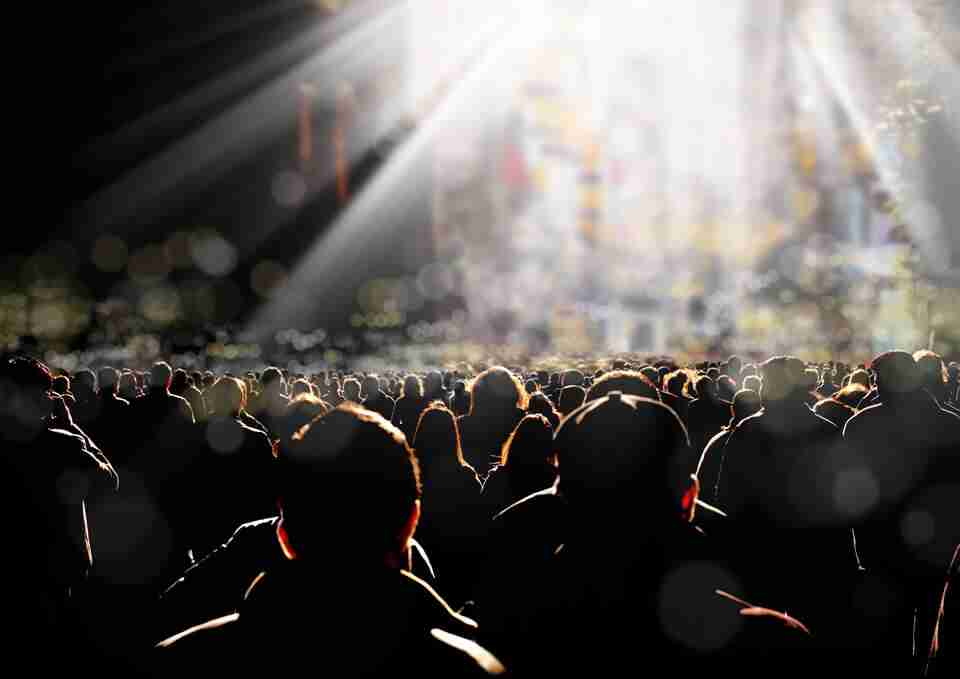 Lessons from where it’s working

A look at the states with the highest vaccination rates may help build the roadmap we need.

In Connecticut, hospitals’ networking efforts are paying off. According to Becker’s Hospital Review, “hospitals laid the groundwork for a good relationship with the state at the start of the pandemic, sharing data and coordinating a response to the health emergency.”

Two states are leading the way thanks to their independent streaks. South Dakota redefined its first priority group to include law enforcement and corrections staff. They added adults 65 and older with two or more comorbidities as well as frontline workers in education to its second priority group.

The state’s effort is “a testament to the resources we have within our healthcare system, our electronic medical record, being able to also identify populations that don’t work at Sanford or Avera that also qualify for the vaccine,” said Mike Wilde MD, chief medical officer of Sioux Falls-based Sanford Health, the largest rural nonprofit health care system in the country.

Internal medicine specialist David Basel MD of Avera Health, also based in Sioux Falls, added, “As soon as that vaccine comes in, we’re getting it given to people, whereas you see national news, a lot of times they say it’s sitting in freezers somewhere. That’s not happening in our state, whether that’s Sanford, Monument out west or us with Avera. We’re getting it done. We’re able to cut through the red tape, I think, so much more effectively than a lot of states are. We just get it done.”

In West Virginia, leapfrogging over a key federal partnership gave them a jump start. Walgreens and CVS were tapped in a national program to inoculate residents of long-term care and assisted-living facilities, with 49 states participating. Because there are more independent pharmacies in West Virginia than chains, the state distributed its supply to 250 of them statewide. Independent drugstores tend to be on the small side, and are more agile than the big chains; by working with them the state successfully administered all of the initial doses to that segment of their population well in advance of the big players’ efforts in other states.

“Those pharmacies already had data for many patients, making it easier to schedule vaccination appointments earlier, secure consent forms and match doses to eligible patients—efforts that are confounding the vaccine rollout in many other states,” Becker’s noted.

There will continue to be rough patches and rework throughout what will be a long process that threatens to exhaust our already thin patience. By learning how the most successful states are making immunization’s last mile work, the country that put a human being on the moon will undoubtedly ensure that vaccines will reach the people who need them, and will be better prepared for the future.