Starbucks has the Answer: Alcohol

Starbucks is shaking up their menu in Toronto and selected big cities across Canada in a big way. The recent decision by Starbucks Canada President...

Starbucks is shaking up their menu in Toronto and selected big cities across Canada in a big way. The recent decision by Starbucks Canada President Rossann Williams to add beer and wine after 4pm is an exciting brand leveraging opportunity aimed at attracting late-night customers and appealing to Starbuck’s 60 per cent female market. 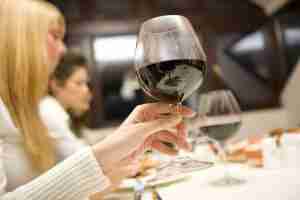 “Beer and wine is a no-brainer for [Starbucks],” said Robert Carter, executive director of food service at NPD Group. “It’s a $100-million opportunity for Canadian restaurants, and it appeals to Starbucks’ core customer because it’s not the bar scene,”

Also on offer to compliment the latest drinks additions will be new food menu items such as cheese, nut, and olive plates. In a recent interview, Williams shared that  “the idea has been a hit so far in big U.S. cities”, so it makes sense to expand into their market.

These changes, which are set to be implemented by the end of the year, will enhance the look and feel of Starbucks, and will broaden Starbuck’s customer base.

Starbucks is still the world’s biggest coffee chain but with coffee sales flat and ever increasing competition from fast food chains, it is essential that the business innovates to stay at the top of their game. Adding beer and wine to the Canadian menu will enhance the business appeal and accommodate more customers. By providing more options, Starbucks can broaden its consumer market and compete directly with establishments that offer alcohol. To avoid disappointing brand-loyal consumers, Starbucks will maintain a consistent level of quality but will strive to transfer their positive brand characteristics and attitudes into this new product category.

Starbucks in Your Home with Ease

An order-and-pay app and a new delivery service are being tested in the U.S. and may be offered in Canada in the future.

In addition to the menu changes, Starbucks have developed a mobile app that enables customers to order and even pay for their purchases digitally. Customers can choose from a list of (select) stores, order on the app, and either pay for their purchase directly within the app or at the store when they pick 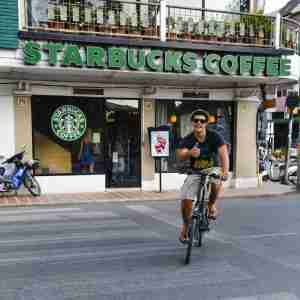 up their order. This is a great time-saving innovation for customers who are able to bypass lineups and avoid long wait times. The pilot mobile order app was launched in Portland, U.S. last year and plans are now in place to roll out across America.  Williams, intends to launch the app in Canada later this year.

A further innovation sees the introduction of a Starbucks delivery service. In the immediate future, the new delivery service offered by Starbucks will be less about bringing brewed coffee to customers each and every morning and more about a prestigious coffee club.

The new delivery subscription service, aimed at upmarket coffee connoisseurs will deliver small bags of Starbuck’s gourmet brand coffee to subscribers less than five days of the beans being roasted. Starbucks is offering a variety of subscription options including a $24, one-month subscription, and a $288, year-long subscription. Starbucks is hoping to reach the market of serious coffee drinkers who really care about upscale brews and the process of how their coffee is grown and roasted.

“Starbucks Reserve Roastery subscriptions are—aside from visiting the roastery and having our partners scoop the coffee right in front of you—the freshest, fastest and most innovative whole bean coffee experience in the marketplace, said Howard Schultz, chairman, president and CEO of Starbucks.

For the average Joe who just wants their morning brew delivered to them at home or in the workplace, Starbucks does have a second delivery system in development for the later part of 2015. Plans are in place to develop an in-store delivery system but as of yet discussions are ongoing and are chiefly centered around the use of in-store baristas or third-party suppliers to bring customers’ coffee cups to their doors.