3D printers and the intrigue of space manufacturing

3D printers and the intrigue of space manufacturing 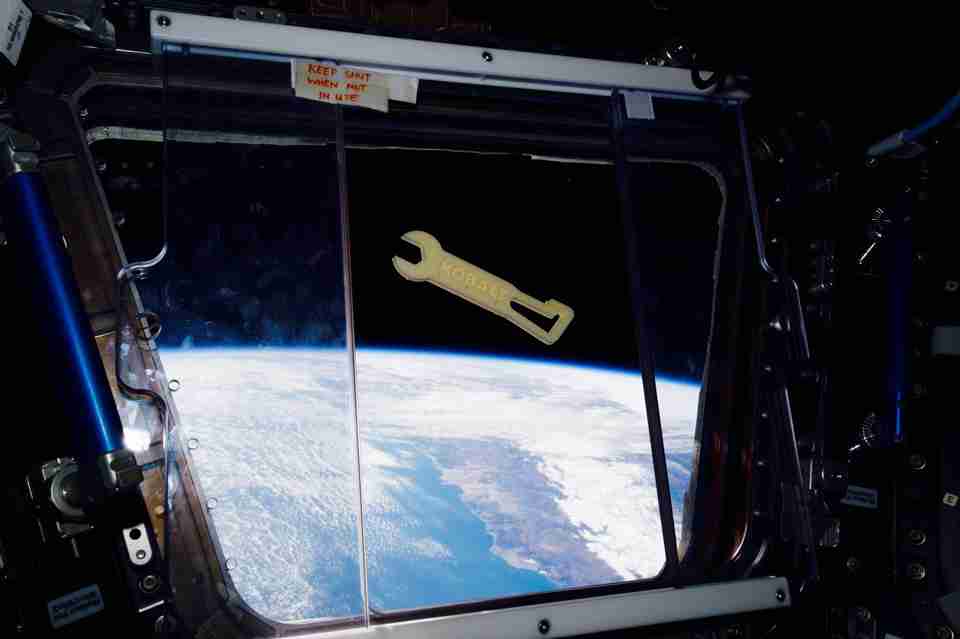 In 2014, astronaut Barry “Butch” Wilmore grabbed headlines when a picture of him holding a ratchet on the International Space Station (ISS) made its way back to Earth. Why was this so newsworthy? The ratchet itself was manufactured in space using a 3D printer with the design instructions sent up to the station from the ground.

This seemingly simple example of 3D printing in space could have major repercussions in manufacturing and space exploration as the technology is advanced; Wilmore’s ratchet likely is just the beginning. 3D printers with increasing power and more wide-ranging uses could make space manufacturing the way of the future — capable of maintaining spaceships on distant travels, creating new technology for use at home, and even growing human organs.

The printer used to make the ratchet was the Additive Manufacturing Facility (AMF), developed by the NASA research facility Made in Space. The AMF was specifically designed to be able to handle the harsh conditions of being launched into space and survive in orbit for the lifespan of the ISS. The two AMFs on the space station have since printed more than 200 items onboard the ISS, ranging from tools to spare parts used for upgrades.

Of course, Made in Space is interested in more than just assisting with repairs on the International Space Station. The California-based research facility has bigger goals which will be achieved through their technology known as Extended Structure Additive Manufacturing (ESAM).

In 2017, ESAM passed the vacuum test required by NASA and, in early 2018, helped Made in Space set the Guinness World Record for the longest non-assembled 3D printed piece. The piece, a polymer beam, was 123.7 feet long—almost the size of one of the solar arrays which are used to power the ISS. Made in Space claims the only reason their polymer beam wasn’t longer is because they ran out of room.

ESAM is being used to power another important Made in Space development, the Archinaut. The robotic spacecraft features two arms which allow it to create structures and travel along the structures as it continues to build, similar to a spider weaving a web. A team on Earth will launch the printing materials to the Archinaut and beam up designs. The robot then builds in orbit.

Launching one kilogram of material into space costs around $5,000 and bringing material back is just as costly. The ability to create large structures — and even handheld ratchets — in space can save huge costs and make space exploration much easier.

To the unfamiliar, ZBLAN may sound like the name of a planet in a cheesy sci-fi movie but it could transform communication, and has the potential of being one of the biggest early success stories of manufacturing in space. ZBLAN is a glass that can be used to make fiber optic cable. It’s the most stable known fluoride glass and could increase the speed and energy efficiency of telecommunications and internet.

Microgravity, which exists in vessels in low earth orbit like the ISS, allows ZBLAN to be created without developing small crystals. The crystals, which appear when ZBLAN is manufactured on Earth, result in signal loss and slower speeds. If ZBLAN can be developed cost-effectively in space, it will replace silica in our fiber optic systems.

FOMS (Fiber Optic Manufacturing in Space) is another California company which received funding to  manufacture on the ISS and is focusing on ZBLAN. The decision was not a hard one to make, with one kilogram of the exotic fiber optic cable made with it worth millions of dollars—making it one of the few items that can currently be produced in space and worth the cost of bringing it back home.

The prospect of space manufacturing is further appealing for things that can remain in orbit. One such idea is building solar panels which could enter into geosynchronous orbit with Earth, thus always face the sun. Energy could be beamed down to Earth in microwaves.

More effective solar panels like the ones posited to orbit Earth need to be made using the compound gallium-arsenide, the creation of which produces arsenic as waste. Building  panels, and microchips which produce hazardous waste in space helps keep the planet safe.

And, for those worrying about space junk or toxic waste being stuck in orbit around the planet, never fear. Away from Earth’s atmosphere, the sun’s UV rays break apart those dangerous molecules which are then harmlessly dispersed. 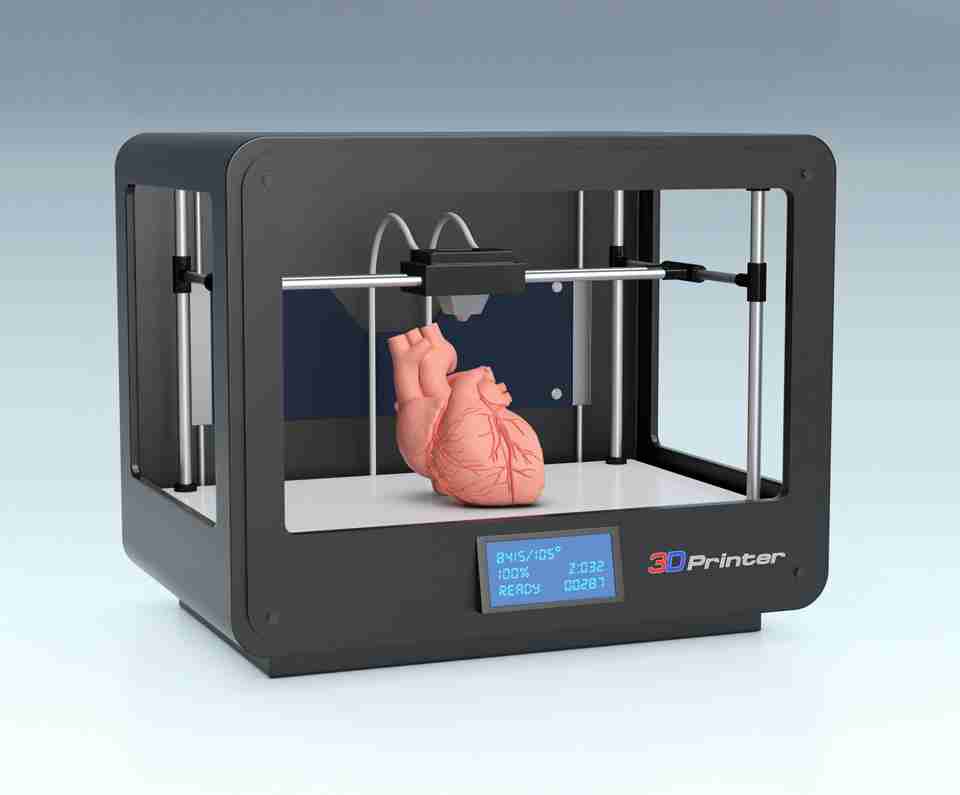 There are certainly other reasons to explore space manufacturing aside from building machines. Microgravity has proven to be an excellent place to use stem cells to grow new organs.

Subject to Earth’s gravitational forces, stem cells are unable to grow into organs without structure to hold them in place; these structures are then impossible to remove without damaging the organ. However, in microgravity the stem cells can grow on their own, without a structure or collapsing into a puddle. The cells will be able to maintain shape until they begin to form the tissue of an organ, for example, a human heart.

Bioficial Organs, nSCrypt, and Techshot have teamed up in an effort to create beating human hearts from stem cells on the International Space Station by 2019. Techshot came up with the idea, and Bioficial Organs will provide the ink, nScrypt the stem cell printer.

If successful, this could mark a major breakthrough for people awaiting organ transplants. Typically, those awaiting organs wait months, if not years. Even after the transplant, patients still face the risk of their body rejecting the new organ. 3D printed organs would be made from the patient’s own stem cells, thereby decreasing the chance of rejection. Not only that, organs could potentially return from space and be ready for a transplant in as little as 45 days from the time the stem cell culture is taken.

The companies mentioned are but a few of the innovators looking to find further uses for both 3D printing and space manufacturing. The otherwise harsh conditions of space could also prove fruitful for metallurgy and creating new, stronger building materials. Whatever the end result, it is clear that when more researchers and developers find themselves in search of inspiration, they look to the stars.