Is There Something More to Zuckerberg’s 50 States Tour?

Facebook CEO Mark Zuckerberg is all set to begin his road trip. He’ll be covering all 50 U.S. states by the end of this year to personally connect with more people.

Zuckerberg, 34 is hoping “to get out and talk to more people about how they’re living, working and thinking about the future.”

This decision is part of Zuckerberg’s New Year’s plan to take on a personal resolution and the billionaire has apparently already visited 20 states with 30 more states remaining.

During the tour, Zuckerberg—accompanied by his wife, Priscilla Chan—will visit global Facebook offices, meet with teachers and scientists, stop in small towns and universities, and travel to fun places recommended by users.

“My work is about connecting the world and giving everyone a voice. I want to personally hear more of those voices this year,” Zuckerberg said.

“It will help me lead the work at Facebook and the Chan- Zuckerberg Initiative so we can make the most positive impact as the world enters an important new period.”

The Aim of the Trip
Zuckerberg tells people that his new challenge isn’t a PR stunt and that he genuinely wants to understand people’s problems caused by globalization.

“Going into this challenge, it seems we are at a turning point in history. For decades, technology and globalization have made us more productive and connected. This has created many benefits, but for a lot of people it has also made life more challenging. This has contributed to a greater sense of division than I have felt in my lifetime. We need to find a way to change the game, so it works for everyone,” wrote Zuckerberg.

More to the Trip—Political Intentions?
The nature of the announcement—a U.S. tour reminiscent of campaigning—is raising speculations that Zuckerberg may be gearing up to run for President someday.

Recently released court documents, state that Facebook’s board of directors allowed Zuckerberg a two-year leave of absence for his ambitions to serve in a government position or office.

Secondly, he even requested Facebook’s board to allow him to retain control of Facebook while he works in government, according to Bloomberg.

There’s further speculation regarding Zuckerberg’s possible interest in politics: While wishing his fans Merry Christmas on his Facebook page, Zuckerberg said that “though he once was an atheist, he now believes religion to be ‘very important’”.

It is a known fact in American politics, that to be elected as the president of the United States one has to be religious. 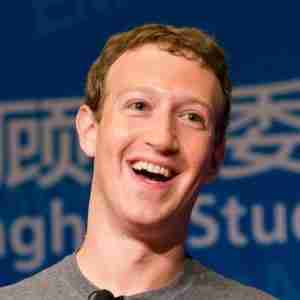 2016 presented some issues for Facebook, largely due to the fake news incident and the criticism it received for influencing the November presidential election.


During his trip, Zuckerberg stands a big chance of making millions of followers and has said that he will soon update users about how they can join his countrywide tour. How do you think his road trip will pan out?