Find out how the sharing economy is offering solar solutions beyond solar tax credits—and beyond the business-to-consumer marketplaces we’ve grown accustomed to.What’s Going On?All of...

Find out how the sharing economy is offering solar solutions beyond solar tax credits—and beyond the business-to-consumer marketplaces we’ve grown accustomed to. 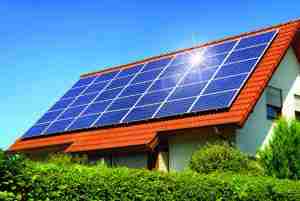 All of these companies operate on a peer-to-peer (P2P) basis, rather than a business-to-consumer basis. Christened “the sharing economy,” this new economic model relies on technology and the Internet to help people get the goods and services they need from each other instead of a vendor. The newest frontier of the sharing economy is solar power.

Currently, those who own solar panels sell excess, unused energy back to the power company and get credit in return. The credit is carried over to the next month’s bill. Paying less on a monthly energy bill has been one of the biggest benefits of installing solar panels. Those who have already taken this step should be delighted to know that their investment may soon pay off in larger ways. Those financially shut out of solar power will also be thrilled with the new marketplace for solar power. The Internet facilitates it all.

In April of 2015, Crowd Companies Council founder and technology guru Jeremiah Owyang explained to an audience of energy professionals he’s seeing more and more “bottom-up, democratized startups enabling people to collaborate among themselves for energy creation, storage, and sharing.” The intermediaries in the solar industry include Yeloha, a network that connects “sun hosts” (those with solar panels) with “sun partners,” those who would like to use solar energy but can’t afford the panels just yet. Yeloha matches these two groups by neighborhood.

Because 80 percent of those who long to use solar power cannot afford it, a peer-to-peer solar financing platform has also emerged. Mosaic (formerly Solar Mosaic) helps thousands of 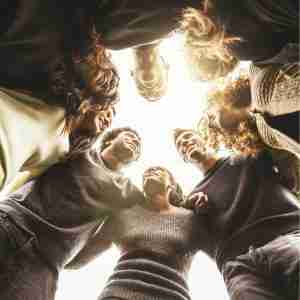 homeowners get loans for solar power and gives environmentally-minded investors a means to spread the joys and environmental benefits of solar power while getting a decent return. It also has a program somewhat like Yeloha’s, where renters and those with roofs inappropriate for panels (shaded or structurally incompatible) can buy into a community solar grid.

The name Mosaic illuminates this solar power intermediary’s business model. A mosaic is an art piece created by the arrangement of small pieces of colorful stone or glass, otherwise known as tiles. Mosaic’s community project involves getting many individual homeowners to buy one small part (a “tile”) of a large solar array. They then work with local schools, other public buildings, and homeowners to find roofs to place the solar panels. These large arrays power all of those in the community that join.

The difference between the two can be confusing. Where Yeloha channels solar energy from individual homes to individual buyers, Mosaic creates one or sometimes two larger community sources that power many individual homes. The best option depends on individual needs and limitations.

What Will Happen to the Big Utility Companies?

Well, they can’t stop progress. The taxi and hotel services haven’t brought Airbnb or Uber to a halt.

The marketplace and traditional roles are shifting. Owyang makes clear solar energy systems have made “the crowd” into energy producers. Innovations like Tesla’s home battery makes the crowd into energy storers. (While this stored energy proves useful for power outages, eventually, neighbors will be able to share it with each other.) Companies like Mosaic and Yeloha make the crowd sharers, and even vendors of energy. The sharing economy makes it possible to sidestep the large, corporate utility.

So what’s a power company to do? They could follow the example of Fon in Europe. Fon created a community-sharing platform for Wi-Fi. With its popularity increasing, the area’s biggest telecom company (comparable to Verizon or AT&T) got wise and bought FON. They now offer it as one of their own options. How American power utilities will handle the incursion of the sharing economy into their business has yet to be seen, but don’t be surprised if they start touting their own peer-to-peer energy networks. 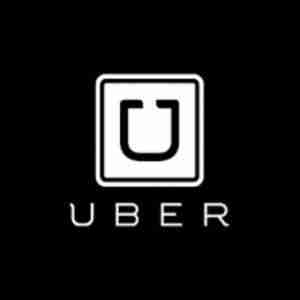 At this time, options are limited. Yeloha offers to install your solar panels for free and supply a portion of your energy free as well. While that’s more than the power company does, it’s the extent of the compensation at this point. In the future, some experts predict that these networks and solar power clearinghouses could suggest a price, thereby making the market. Individuals may eventually contract with intermediaries for a certain price per power unit.

AirBnb and Uber provide flexible pricing today. When you go on AirBnb to list your room rental, the service suggests daily, weekly, and monthly prices. You do not have to list your room at those prices, but Airbnb makes it clear that their suggestions are “the going rate.” Charging a higher price may take the homeowner longer to fill the room. Charging less will get someone in fast. In our capitalist society, the market will set the price of solar power based upon supply and demand.

The Surprising Reasons People Use a Community Approach to Solar Power

The sharing economy exists on the outskirts of the traditional free-market capitalism Americans love. As mentioned above, peer-to-peer exchange of goods radically deviates from our tried-and-true vendor-to-consumer model. And yet P2P marketplaces have taken off.

Could we be experiencing a shift in the “zeitgeist” or American ethic of huge-home-ownership, bigger is better, and he-with-the-most-toys-wins? There’s some evidence pointing that way.

The non-profit Center for a New American Dream certainly hopes so. The non-profit—which encourages a focus on relationships and experiences over material goods—has been growing exponentially since its inception in 1997. Its “Beyond Consumerism” and “Collaborative Communities” programs encourage neighborhood groups that hope to help consumers wean themselves from aggressive advertising messages.  Similarly, the “Buy Nothing” Facebook group phenomenon where neighbors post what they have to give away to each other has also caught fire across the nation.

Marketers know well that millennial-aged consumers value inclusion, society, simplicity, and technology. Sharing rather than buying fits right into that ethic, particularly with transactions occurring in seconds online. The fact that baby boomers are also moving into the scaling down phase also gives the sharing economy a running start. Solar sharing not only brings neighbors together, it has the potential to significantly reduce greenhouse gasses. That’s a win-win for our two largest populations. 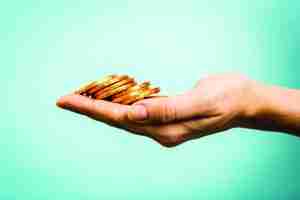 The Future of the Sharing Economy and Solar Power

Brace yourself: Boston College Professor of Sociology Juliet Schor warns us that many areas of the economy could go to a peer-to-peer model in the coming decades. We are thrilled that, by utilizing solar start-ups like Yeloha and Mosaic, even those in the middle or lower income brackets can now afford solar power. These innovative “disruptors” will help spread the benefits of solar to citizens and to the environment.

Sam Alkass is a firm believer in solar power and its valuable impact on the
future of our planet. Sam helps others generate their own clean, green energy while minimizing environmental pollution. For more solar news and tips, visit SolarTechOnline.com.