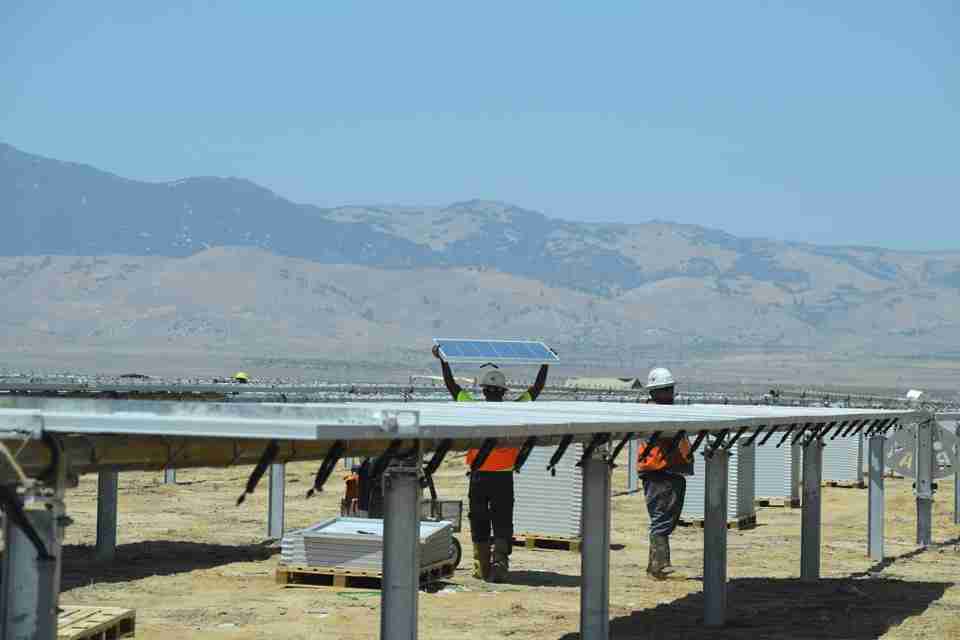 “It’s all my wife Angela’s fault!”

This isn’t usually how stories about successful companies start. However, for Arraycon and its owner Rick Lavezzo, whose humor was clear from the get-go, this is exactly how this couple came to be experts in the solar energy field.

Angela Lavezzo, an integral part of the Arraycon team today, wanted to add solar panels to their home in the late nineties. However, very few contractors could offer an affordable installation price.

“After doing the research the best quote we received was $100,000. For that price, I decided I could figure it out myself!” Lavezzo said.

After learning more about the industry—Rick was previously a commercial diver, underwater welder, and general contractor —the couple’s company, Team Solar, bid on a $1 million solar energy project for the Sacramento Municipal Utility District.

The project included 600 homes averaging two to four kilowatts each. They were awarded the contract in 2001, and what was thought to take about 18 months only took them six to complete 200.

“We were hooked! We fell in love with the industry and started doing residential solar. Then some people asked if I would do commercial and thereafter I was asked to do utility. Growth came super quick,” he said.

In 2005 Rick and Angela were approached by Conergy, a European company, with an offer to buy Team Solar. At the same time, the founders of SunEdison contacted Lavezzo, interested in merging the two solar installation brands to form the largest utility company in the U.S.

Team Solar officially merged with SunEdison in August of 2006. The company quickly grew in value, and in October 2009 they sold SunEdison to Monsanto Electric Materials Company (MEMC). The team stepped away and formed Arraycon.

Before selling, Lavezzo and his team imported innovative techniques from Europe to the U.S. solar market. Arraycon was the first company stateside to utilize these techniques in solar—vibratory driven piles being a key technique.

“Traditional solar over 100 kilowatts is all done by concrete,” Rick explained. “This means that on a one-megawatt site, you’d drill 1,000 24-inch wide by 7-foot depth holes and fill them with concrete. This runs you anywhere from $300k to $700k.

“We didn’t think this was the right way to go, especially since concrete is one of the biggest emitters of CO2.”

Team Solar did the research and brought the widely-used vibratory method stateside in 2006. It doesn’t require any concrete. The company was able to install solar foundations via vibratory methods, saving client companies anywhere from $300k to $500k per megawatt. 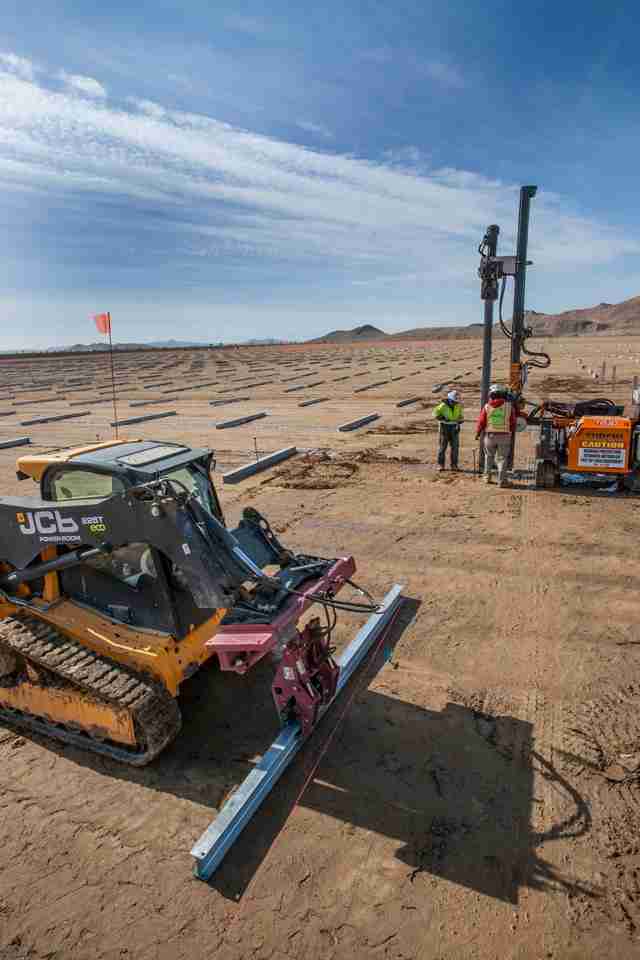 “Today, there are hundreds of companies doing what we do, but we only compete with five or so on a daily basis,” said Rick “We are still the pioneers that introduced the technology.”

Arraycon uses this technique, as well as many other efficiencies, to save clients’ money and make sure they are doing right by the environment.

The company completed a project for Springer, New Mexico: population 10,000, and according to Lavezzo, “out in the middle of nowhere, [where] they used to buy all of their electricity on the spot market”.

The town wanted to implement a solar system to make the energy grid more reliable if there was a power surge.

“Everyone else said it would be an exorbitant cost, but our team worked with them and was able to bring the project in below what the town thought it would cost.”

Helping Arraycon do the right thing is an incredible 200-strong team. The core 45 to 50 employees have been in the industry for about 15 years each.

“This makes up for hundreds of megawatts of experience,” said Lavezzo. “Matt Ricci has worked since 2000 as an estimator and Jeff Calabro and I together have acquired 30 years’ of experience. We’ve all been in the industry since the beginning.”

Arraycon’s goal—besides providing impeccable solar installation service—is to build the highest quality, lowest impact to the environment, and lowest cost to force the other companies in the market to follow this lead.

“We set the bar high,” Lavezzo said. “Because of this, we get asked to the dance more than anyone—we get the chance to bid on a lot of projects. This forces other companies to lower prices.”

He explained that just in his hometown of Sacramento that solar energy used to be $4 a watt. Today, Arraycon is building systems at sub $1.

“As the market grows the price will come down, this will be the standard for the next 10 years. That’s the whole point of doing what we do. It’s not about profits, it’s about doing the right thing.”

For over a decade, the members of Arraycon have been dedicated to improving the methods used in the construction of solar power plants around the world. With over 1,000 megawatts of installations in the U.S. and Canada, we have gained unparalleled experience in driven pile foundations, electrical-mechanical installations, and construction management of large-scale and DG solar farms.

As the premier foundation and mechanical installer of solar PV arrays and as a design-build contractor, our mission is to provide our customers and partners with a seamless experience, outstanding service, and competitive pricing for all their projects. 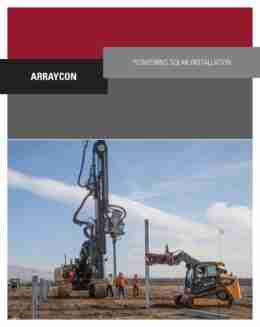 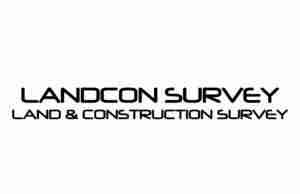