Solar Energy in Oil and Gas

While lighter grades of oil are relatively easy for companies to extract, heavier grades of crude provide unique problems for the oil industry. Since the...

While lighter grades of oil are relatively easy for companies to extract, heavier grades of crude provide unique problems for the oil industry. Since the most efficient means of extracting heavy crude involves the use of steam to reduce the oil’s viscosity, oil companies are actively pursuing methods to efficiently produce the quantities of steam needed. At the same time, efforts directed to reducing costs and being more environmentally friendly are pushed to the forefront.

How Has the Oil Industry Extracted Heavier Crude in the Past?
Using steam to reduce the viscosity of heavier oil has been the recovery method of choice for years. However, the costs—both economic and environmental—have been high. Using natural gas, the current fuel of choice for producing steam, wastes a valuable resource that could be better used elsewhere.

What Option is Now Taking Center Stage?
In 2010, Petroleum Development Oman (PDO) partnered with GlassPoint Solar, a California startup, to explore using solar energy to produce the steam needed to extract heavier oils. The pilot project, located in PDO’s Amal field, produces steam for the PDO’s enhanced oil recovery (EOR) efforts. The experiment proved to be so successful that the partners are now planning a massive new solar plant adjacent to the initial project. The new plant is expected to go online in 2017. 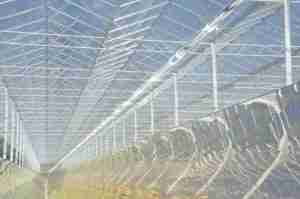 What Effect is the New Plant Expected to Have on Production?
“The oil and gas industry is the next major market for solar energy,” said GlassPoint Solar’s President, Rod MacGregor.

But is the move really financially viable for PDO or other oil companies?
The GlassPoint plant will save 5.6 trillion British thermal units of natural gas each year that would be have been used to heat steam for injection at the field. That level of savings can easily provide for the natural gas needs of a small city while, at the same time, reducing Oman’s carbon dioxide emissions.

If the Experiment Succeeds, How will it Affect Other Oil Producers?
Since the pilot project has proven successful, both GlassPoint Solar and PDO are confident the large-scale version will work equally well. Assuming their assumptions are correct, there is no reason other producers cannot emulate the project, reducing recovery costs in other regions where similar heavy crude is found.

The conversion to using solar energy rather than natural gas is seen by industry professionals as a major conservation step, not only for the initial PDO project, but for future projects as well. 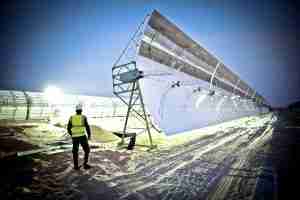 Will the Impact Be Beneficial to the Public?
If fossil fuel use is significantly reduced, the carbon footprint of each project using the process will, obviously, also be reduced. That fact alone suggests the concept is worth exploring for other oil producing areas.

In addition, the technology itself may well have other applications outside of the oil industry, which would benefit global efforts to reduce emissions. The technology is still young, but simple logic suggests the GlassPoint Solar technology may well make extracting heavier oils far easier and less damaging to the environment.