Sodexo is and is not what you think. They cater to their clients, but it’s the way they do it that’s surprising, dynamic, and transformative.

Sodexo is and is not what you think. They cater to their clients, but it’s the way they do it that’s surprising, dynamic, and transformative. 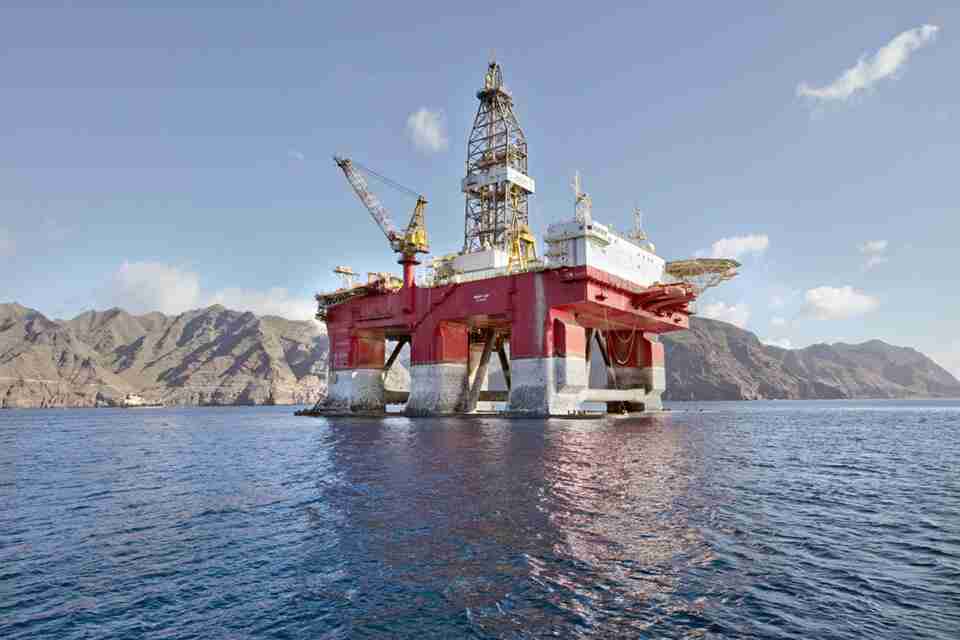 Sodexo is the world leader in Quality of Life services – operating in 67 countries and serving 100 million people each day.

If you don’t know the name, you likely know one of the 470,000 employees serving your food, answering your calls, cleaning your workplace, assisting your loved ones, or performing one of the many tasks that help make life easier, healthier, and more productive. Established in Marseilles, France, in 1966 and still majority-owned by the Bellon family, Sodexo is an international leader in food service and facilities management, with more than 50 years of experience supporting some of the world’s largest and most influential companies.

For Sodexo and its highly skilled and diverse workforce, Quality of Life is more than a business slogan. It’s a mission – one it pursues to some of the most extreme work locations around the globe.

It’s a sweeping generalization to say that Sodexo feeds people, but it’s more accurate than you may realize. Their contribution to society and industry is the satiation of appetites for all kinds of nourishment, from providing satisfying meals and surroundings in any circumstance or region, to creating fulfilling and lasting careers, and endeavoring to end hunger and build community. Simply put, the business of Sodexo is to enhance the quality of life for their clients, their workforce, and for our world.

We recently spoke with Viviane Azzi, VP of Sodexo’s Energy & Resources segment, to get an inside look at how she meets the complex needs of one of the most demanding industries.

“It’s not just about preparing food and cleaning. We work to improve the daily lives of the people we serve,” Azzi explained. “Our goal is to free our clients to focus on their specific business needs and customers.”

Quality of Life at the Edge of the World 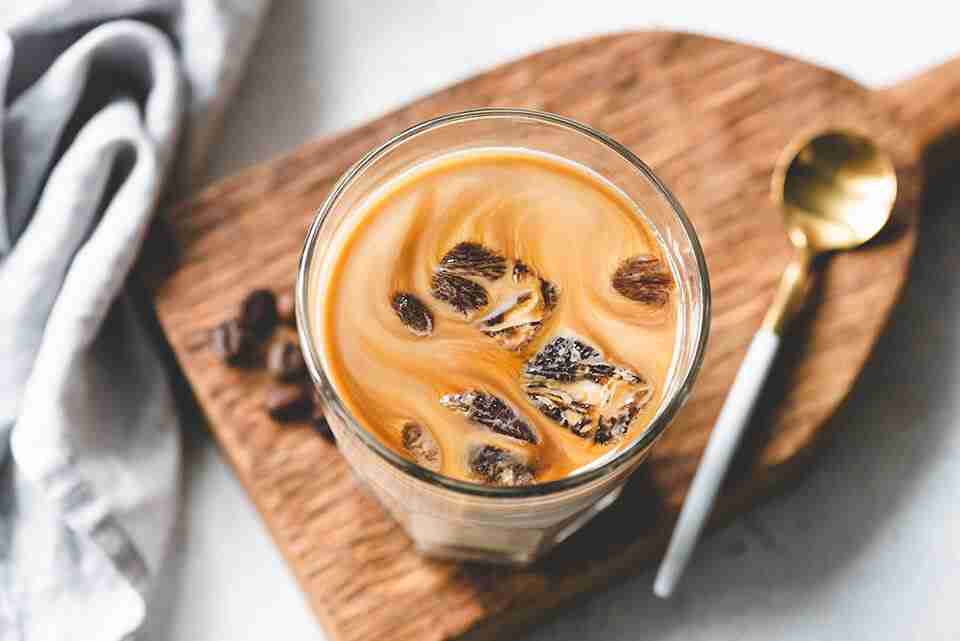 For Azzi, the challenge is finding the right Quality of Life solutions for such unconventional workplaces.

“It's a remote position, so people are gone for weeks on end and really need that ‘home away from home’ feeling,” she said, painting a picture of employees working and living for extended periods of time in the middle of a roiling sea or hundreds of miles from civilization. “We work on what we can do to improve Quality of Life for our clients and employees in those situations.”

Even for those who work in a traditional office setting, Quality of Life is an important focus. While office workers may not share the same rigors as their colleagues in the field, Azzi knows they share the same need for well-being.

“We concentrate on the health and well-being of everyone involved, whether it’s our customer’s workforce or our own,” she added. “Health and safety is a critical focus in Energy & Resources, more so than in other segments. We put a lot of systems in place to manage health and safety training because it’s our duty to meet those needs.”

It’s no surprise that the needs of these workplaces and the services offered by Energy & Resources are drastically different from those in other segments, like healthcare or academia. In addition, work in Energy & Resources typically involves supporting large, global corporations with multiple sites across diverse geographies, cultures, and industry sectors.

“Many of our clients are the Shells and BPs of the world, so we need to be able to meet their global requirements and also adapt to regional specificities,” Azzi explained. “We're not going to necessarily provide the same type of service on a rig in the Gulf of Mexico as we are in Asia.”

Sodexo’s years of experience, robust service offerings, and worldwide presence make working with such global and regional perspectives one of their greatest strengths. In fact, Azzi said members of her team pride themselves on knowing their markets.

“Most of our leaders in Energy & Resources come from the oil and gas industry and they understand the requirements and needs,” she said. “We listen to what our clients are looking for and adapt to do things better in the future. That's how we're able to address different client needs in specific ways.”

Sodexo places its clients’ needs at the center of its business model, embracing its global reach to offer a broader variety of Quality of Life solutions that can address the unique regional and business needs of those clients.

Azzi recently oversaw the successful integration of the Energy & Resources US segment into the company at large. Previously, this segment operated separately due to the unique nature of its clients and their business.

By integrating and standardizing across the company, Azzi believes Energy & Resources, and Sodexo as a whole, will be able to fully leverage its global resources to more effectively and efficiently deliver services in an increasingly diverse industry.

“We looked at ways to align because we were doubling up on system costs where we didn’t need to and found that we could leverage the expertise of the larger Sodexo organization,” she explained.

Attracting the Right Kind of Employees 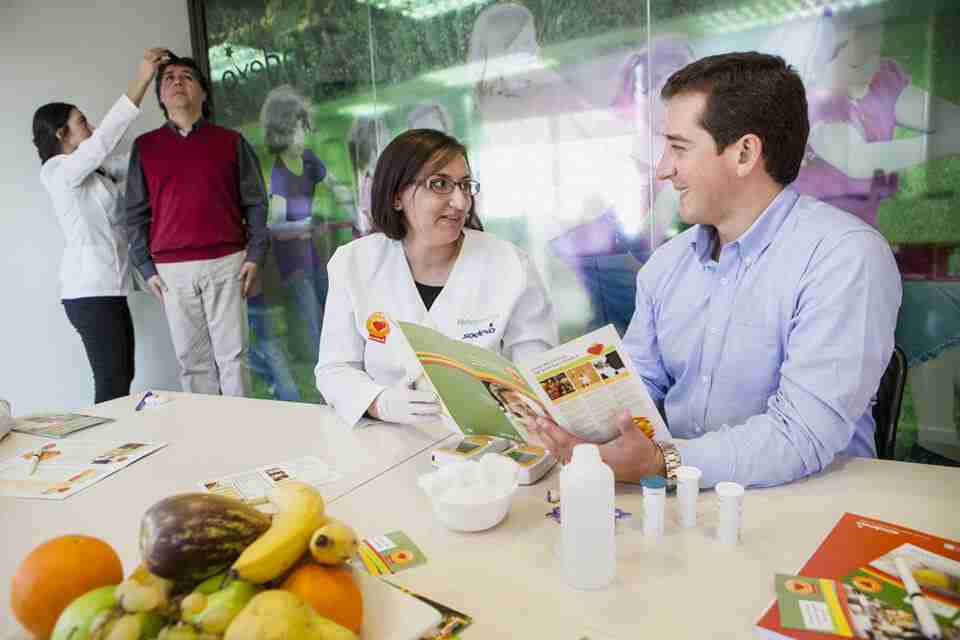 “Attracting the right talent is tough,” she admitted. “It's not an easy industry. It's not fancy and glittery. It's a service industry.”

Faced with a tight talent market, Azzi must find new and creative ways to attract, engage, and retain employees who meet Sodexo’s demand for high-quality, dedicated workers. The unconventional and cyclical nature of the industry adds another dimension to this effort.

Of course, recruitment strategies differ across regions and cultures.

“We have very different strategies for the United States and Canada because the working strategies of those populations are different,” she said.

In Canada, Sodexo works closely with indigenous partners when work sites are on their land. Azzi said maintaining and helping to develop these indigenous communities is critical.

Meanwhile, the strategy for workers in the United States is significantly different. Often times, she said, Sodexo relies on the nature of the work itself to appeal to potential employees.

“Yes, you're going to be away from home for three weeks, but you’re going to be back home for two full weeks of devoted family time,” Azzi elaborated. “It's a big selling point for some people.

For others, she added, it’s the adventure of working in such unconventional workplaces that appeals to them.

“We sell an adventure,” Azzi said. “Go out for two or three years and get this great experience and then see what other opportunities are available at Sodexo in the city or closer to home. You have veterans and retirees whose kids are grown up that wouldn't mind doing something different. So, we look at that population as well.”

When it comes to keeping these employees, Azzi said data collection on worker engagement is key. Based on that information, Azzi and her team come up with an action plan and communicate what and how the company is doing things, so employees can see where they’re headed.

“Because it's such a large global organization, there's always room for growth,” Azzi explained. “Someone that's talented and has potential can change roles and continue to grow without having to leave Sodexo.”

At Sodexo, Azzi continued, it’s common for workers to start at the ground level and, over time, move into new and more challenging roles within the company.

“We've had a lot of great success stories of people that started out as dishwashers or cashiers and then moved into supervisory and, eventually, management roles,” she said.

Azzi herself has taken on five different roles in her 18-year tenure with Sodexo. At every point she felt she was ready for a new challenge, she said, Sodexo was able to meet that challenge and give her an opportunity to do something different.

“That's the biggest selling point,” according to Azzi. “We've got people globally doing projects abroad and we can transfer people in parallel so that they work in a different sector or environment.”

But it’s not just the opportunity for advancement, Azzi added. It’s the ongoing conversations between employees and their managers about those opportunities that makes the true difference. 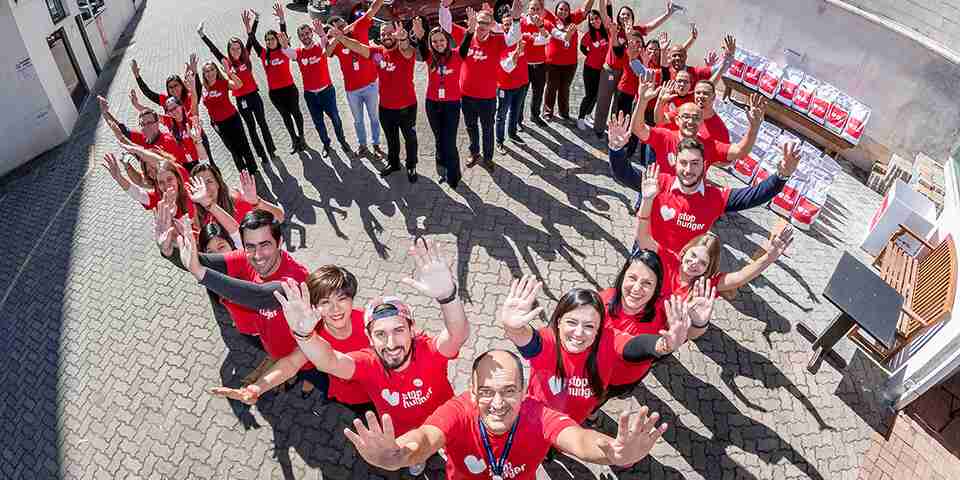 Since the launch of a new performance management initiative, called Aspire, in 2019, employees have greater insight into their performance, ownership in their development and an opportunity to work with their managers throughout the year to achieve their goals.

This approach translates not only to greater success for Sodexo, but higher satisfaction among their employees.

“It’s not just about our clients. We focus on making communities better as a whole,” Azzi said, “and we are trying to make the world a more sustainable place for everybody in the future.”

Learn more about Sodexo at Sodexo.com and its Stop Hunger initiative at HelpStopHunger.org.

Founded in Marseille in 1966 by Pierre Bellon, Sodexo is the global leader in services that improve Quality of Life, an essential factor in individual and organizational performance. Operating in 67 countries, Sodexo serves 100 million consumers each day through its unique combination of On-site Services, Benefits and Rewards Services and Personal and Home Services.

Through its more than 100 services, Sodexo provides clients an integrated offering developed over 50 years of experience: from food services, reception, maintenance and cleaning, to facilities and equipment management; from services and programs fostering employees’ engagement to solutions that simplify and optimize their mobility and expenses management to in-home assistance, child care centers and concierge services. Sodexo’s success and performance are founded on its independence, its sustainable business model and its ability to continuously develop and engage its 470,000 employees throughout the world. 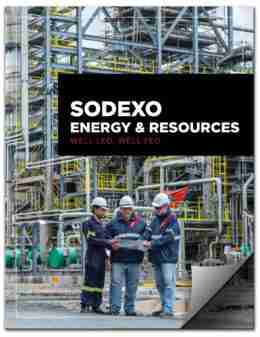 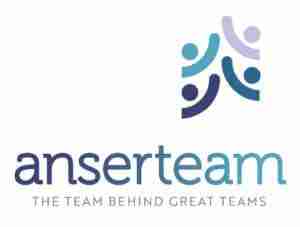