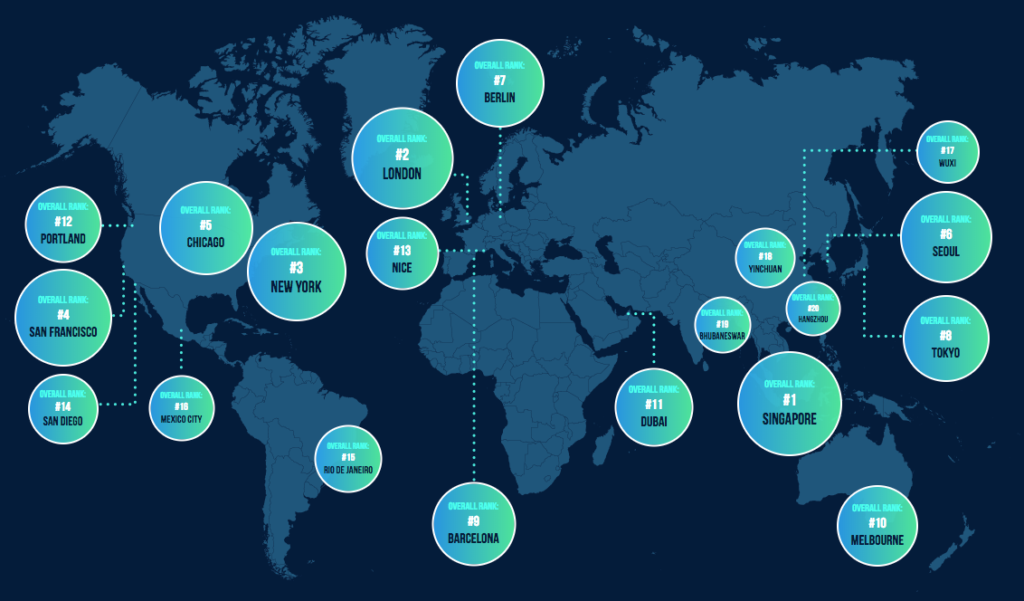 Over the past few years, organizations and councils have really focused on improving technology in order to help fuel-producing regions and cities enhance productivity within healthcare, public safety, and mobility. The overall aim is to increase happiness, health, and well-being and essentially “give back” time to citizens so they can spend their time doing other things.

Many cities around the world have already started to adopt a number of techniques to improve well-being. With councils and city developers often lacking funds and resources, there is often no budget to experiment with new technologies to help build cities into better hubs.

An example of a city that has had to adapt “smart” habits is Tokyo, due to its dense population. The city has announced that by 2020 they wish to have a wide array of smart city projects. Their initiatives involve: reducing solid waste through tech-based policies, rooftop planting of herbs and trees, and giving residents more money if they wish to invest in solar panels.

Tokyo is not the only city that is adapting to a new wave of technology and using it to improve well-being. Using research from Juniper, Ecard Shack have created an interactive map which highlights the cities around the world that are leading the way in giving back time to their citizens and improving overall happiness.

The study, conducted by Juniper, revealed the top 20 cities using technology to increase their “smart city” reputations. Here are the top 10:

It's important for governments and businesses to improve citizen health, safety, well-being, and mobility with smart city tech. We now have access to software that can predict crime hotspots and machine learning to reduce crisis response rates. Such tech has us well on our way to creating a better world.

With Singapore, London, and New York taking the top spots as ‘smart cities’ which city will be the next? Maybe we’re on our way to developing a smart world….