When “Slacking” is a Good Thing: Stewart Butterfield’s Journey to Founding Slack

It’s no surprise Canada is one of the world’s leaders for providing a perfect environment for startups and successful startup leaders. Whether it’s because of...

It’s no surprise Canada is one of the world’s leaders for providing a perfect environment for startups and successful startup leaders. Whether it’s because of the country’s fortuitous location in relation to the U.S. or the laid-back and inclusive culture, businesses and its founders are flourishing in the region. And although it doesn’t have the big-name tech companies like the U.S. does, smaller companies and innovators are gaining a foothold in cities like Toronto and Vancouver: the cities even ranked in San Francisco’s Startup Genome project as the eighth and ninth, respectively, in its list of the top 10 startup regions in the world. 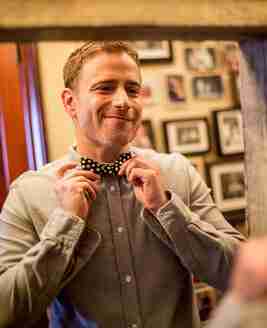 For Stewart Butterfield—cofounder of a little company you may have heard of called Flickr and now headline-stealer Slack—being a child of the 70s and at the age to get in on the dot-com frenzy before the bubble burst meant that he had some experience under his belt before “startup” was a buzzword. The Canadian native commented to WIRED last summer how his early hippie childhood contributed to his desire to work in this field.

“I related to the whole hippie, acid-test confluence of the early Internet,” Butterfield told senior staff writer for WIRED Mat Honan. “The idea that we should be open and interoperate with our data resonated with me.”

Flickr was, for Butterfield, a pivot company with origins in Game Neverending—something one could play forever without winning or finishing, and a dream project of Butterfield’s that never officially got off the ground. Flickr was a portion of the game that immediately took the spotlight for its revolutionary cloud integration for images from email and mobile phones. Although the company has floundered since Butterfield and those at Ludicorp, Butterfield’s company at the time, sold it to Yahoo!, the service is credited by some with kicking off Web 2.0, which has moved us from largely static web pages to ones that act more like interactive applications.

So where did Butterfield’s most recent venture—Slack—come from? Another run at a game, this time called Glitch. Its communication application is what Slack is based on. Although pivots can be frustrating and move a company and its leader away from its original goal, sometimes it’s for the best.

For instance, mid-April saw the valuation on Slack around $2.8 billion after reaching a fundraising goal of $160 million. Just in January of this year, Slack’s valuation was just a measly $1.12 billion. Obviously, Butterfield and the company are doing something right.

Slack details its service as

“a platform for team communication: everything is in one place, instantly searchable, available anywhere you go.”

In short, it groups all office communication in one place.  While this doesn’t seem like too big of a deal, let’s see its use in this scenario.

You’ve got a team of eight people working for you. You’ve just founded your dream startup, and are trying to get the ball rolling on a hundred different tasks at once. Your team, although very talented, has a million ideas, questions and things you need to sign off on, and the requests are coming at you from every different platform: email, the messaging app in your email, text messages, skype calls—someone even found your personal Facebook and messaged you.

In this situation, it would be very easy for tasks and requests to slip through the cracks, but Slack is proving to be the answer to the communication chaos. For each project, meeting, or topic of your choice a “channel”—designated with a hashtag—is created. Anything having to do with that channel is easily searchable in one place and can include messages, files and comments, inline images and video, rich link summaries and integration with the services you use every day, like Twitter, Dropbox, and Google Drive. Oh, and all of your communication seamlessly syncs between your desktop, laptop, smartphone and tablet, as it should with today’s technological capabilities. 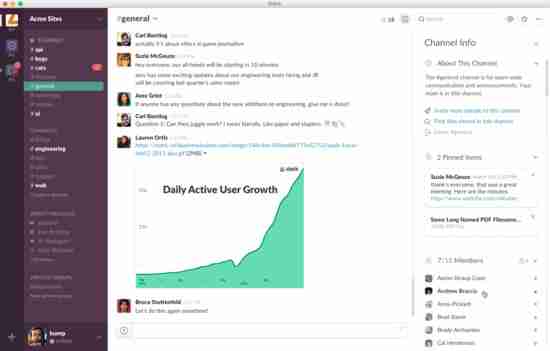 It’s in contention to be the fastest growing application of all time, with BIG companies already paying for its service including Buzzfeed, Expedia, Dow Jones, eBay, Wall Street Journal, Nordstroms, Sony, AOL (the first well-known purveyor of the chat room), WordPress and HBO—among hundreds of others. And those are just the paying companies. As of this writing, Slack has about 700k users that are utilising the service for free. Perhaps the best indicator of the success of Slack, and its potential to actually “kill email” in the workplace like many believe it has the ability to do, is that 98 per cent of the people who pay for the service stick with it.

Butterfield, who is described by many to be a humble and open person when talking to the media, is not just an idea man, but a leader who knows how to guide a company to success. He also knows when it’s the end of the line for a company or an idea, as he demonstrated with shutting down Game Neverending and Glitch at the end of each’s productive lives. 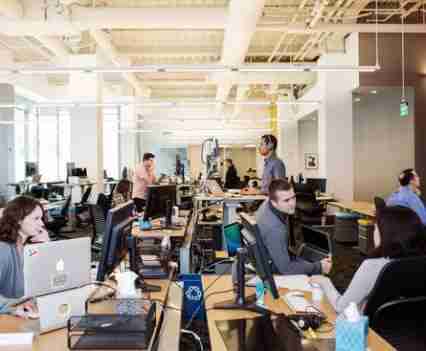 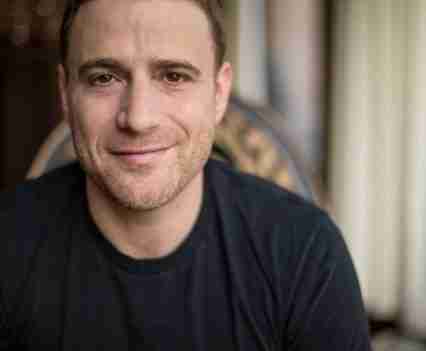 In a Q&A session with the New Relic-sponsored PandoMonthly event in February, Stewart commented on Slack’s overnight success—joking that he had no idea why it was taking off—and briefly addressed his own leadership style. He shared that entrepreneurs need to “keep it simple,” saying that

“If what you’re doing is too difficult to explain to someone and enable them to explain it to others—it’s not worth doing.”

Butterfield has also shown the importance of planning for the future. Startups pop up overnight and can be gone just as quickly, but Butterfield is in it for the long haul with Slack. The company has already completed two rounds of $100+ million this year alone, despite the fact the company doesn’t intend to use any of the money in the near future.

“It’s more of a long-term thing,” Butterfield said to TechCrunch. “I’ve been in this industry for 20 years and this is the best time in the whole period I’ve worked to raise money. It would be irresponsible for us not to take $160 million right now at that valuation.”

So as Slack continues to grow at astronomical rates, breaking records and attracting more than five per cent growth a week, humble Canadian Butterfield will continue running his company, one week from Slack’s San Francisco office, the next from Vancouver.

“Down here [in San Francisco], it’s meetings, meetings, meetings, mainly on the business side. In Vancouver, I get to work more on the product side, the design stuff that interests me,” Butterfield told Canadian Business in January. The gold-rush mentality of startup culture that the U.S. is known for hasn’t pervaded Canada yet, and it sounds like Stewart Butterfield and other startup leaders in Vancouver are thankful for this.