2022 marks the 25th anniversary of Shiloh, directed by Chip Rosenbloom

Classic film about a boy and his dog nears milestone anniversary

Classic film about a boy and his dog nears milestone anniversary

Feeling old yet? The movie Shiloh, directed by filmmaker Chip Rosenbloom and starring Blake Heron, Michael Moriarty, and Scott Wilson, will hit its 25th anniversary on April 25, 2022. Yes, 1997 was almost a quarter of a century ago, but the passage of time has helped to make the movie a classic. 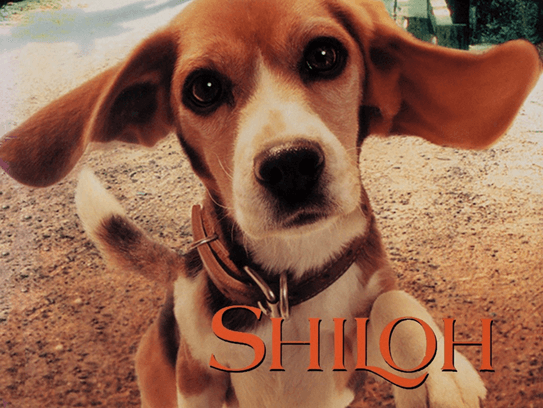 A Movie About a Boy, His Dog, and So Much More

Marty Preston, the 11-year-old hero of the story played by the late Blake Heron, develops a relationship with a beagle who repeatedly follows him home. Marty even gives the dog a name, Shiloh. Although Marty wants to keep Shiloh, his father insists that he return the dog to Judd Travers, a hunter and Shiloh’s owner.

Sadly, Judd Travers is an abusive pet owner. Marty discovers this fact the first time he meets Shiloh and sees a large welt above the dog’s eye. The movie’s opening scenes also show the dog owner beating the beagle with the butt-end of a gun. Shiloh becomes highly anxious around Judd but forms an instant bond with Marty because of his kindness.

When Marty and his dad, Ray Preston, return Shiloh to his rightful owner, Judd tells them he will beat the dog within an inch of his life if he ever runs away again. Despite this, Ray insists to Marty that the dog is not theirs to take.

Shiloh Finds His Way to Marty

After receiving more abuse from his owner yet, Shiloh runs away to find Marty. Wanting to help the dog but not wanting to upset his father, Marty hides Shiloh in the property’s shed where he lives with his family. This arrangement works well for a while, and Marty relishes in taking responsibility for keeping Shiloh healthy and happy.

As dogs are prone to do, Shiloh eventually gets into a fight with another dog. Marty knows he must go to his dad for help because of Shiloh’s injuries. His father becomes angry with Marty for lying, causing the preteen boy to beg his mother for help. From Marty’s viewpoint, he had no choice but to lie to protect the dog he loved from further abuse. Although his mom sympathizes with her son and the injured dog, she refuses to keep secrets from her husband.

A Deep Dive Into Moral Issues

At first glance, viewers might not expect to see moral dilemmas play out in front of them in a movie about an 11-year-old boy and a dog. Those who have not seen the film directed by Chip Rosenbloom are in for a real surprise. Themes of honesty, responsibility, and personal property are woven through the story from beginning to end.

Children learn rules, and most are eager to follow them to please their parents and other adults in their lives. Under normal circumstances, no one would argue that Shiloh belongs to Judd Travers, and other people do not have the right to take the dog away from him.

Despite Marty’s young age, he recognizes that the relationship between Judd and Shiloh isn’t ordinary. The dog fears him, and Marty feels that keeping him safe is more important than honoring Judd’s ownership rights. While his father might think the same thing, he also recognizes that he can get into legal trouble by keeping another man’s hunting dog.

How the Preston Family Resolves an Ethical Crisis

After each family member shares their concerns about keeping Shiloh, Marty and his parents come up with a solution. He goes to visit Judd Travers and offers to work for him to earn money to buy Shiloh and take him home. Taking on the responsibility of work and of caring for Shiloh brings Marty one step closer to becoming more of a man than he was at the start of the movie.

Many critics, including the late movie critic Roger Ebert of Siskel & Ebert had great things to say about this movie. Ebert called Shiloh remarkable and credited writer and director Chip Rosenbloom for how well he adapted the film from a book by the same name written by Phyllis Reynolds Naylor.

The famed film critic talks about how this movie deals with tough moral dilemmas while also showing character dimension. A prime example of this is Judd, who grew up as an abused child and did not seem to understand there could be a different way of life. Here are some direct quotes from reviewers at the website Rotten Tomatoes:

“Excellent family drama that celebrates not only a young boy’s deep love for a dog but the need to stand up for what you believe in no matter what.”

“This is the rare sort of family movie that actually strives to engage its audience.”

“This would be an ideal movie for parents and children to see together and talk about afterward. Shiloh, like all great family films, deals with real issues in real ways.”

The third quote is from none other than Roger Ebert himself. With the 25th anniversary of Shiloh happening in just two months, now is the ideal time for people to see it again or for the first time. Despite a world that looks vastly different from how it did in 1997, young and old alike can leave the movie theater with valuable lessons.

Born Dale Rosenbloom in 1964, the filmmaker, writer, and composer has gone by the nickname Chip for years. Rosenbloom has produced 25 movies and television shows over the course of his career. Shiloh, Across the Tracks, and Fuel are some of his most widely known of his films. Rosenbloom founded Rosenbloom Entertainment and Open Pictures, both of which he still operates as owner.