Seven important things you should understand about ALPR cameras 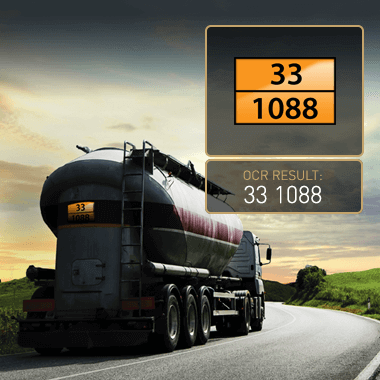 The data and images they produce can be linked with a virtually infinite number of specialized databases and software systems. These linked systems can produce search results or automatically deduct payments from accounts. In addition, they can be customized to apply to an almost unlimited number of other possibilities.

In this article we’ll discuss:
1. What are ALPR cameras?
2. How was the technology developed?
3. How long have these cameras been in use?
4. How do they work?
5. What are some of their most common applications?
6. What other uses are made of the technology?
7. Where in the world are they used?

Adaptive Recognition has been a pioneer in developing this technology to its present state of sophistication.

What are ALPR Cameras?

It can also be enhanced with additional software and connected to databases to give it the capacity to recognize the make, model, color, and other characteristics of the vehicle. It’s all about the software and database linked to the basic camera. Once it has the digitized image and plate information, virtually anything becomes possible that digital data can be applied to.

A Brief History of the Technology

In 1914, Emanuel Goldberg built a device that could interpret standard telegraph code from typed text. This was the technology that ultimately evolved into Optical Character Recognition (OCR).

As the 20th century unfolded, OCR capability became more useful. As computers developed, its earliest use was to convert typed texts such as existing contracts, books, and manuals into text that machines can read and process.

In the 1970s and ‘80s, word-processing capability rapidly gained popularity. By the 1990s, most personal computers had some form of word-processing software. Using OCR, word processors could work with and from older documents to generate new contracts and other business material.

High-resolution digital photography was the next technology to contribute to what would become ALPR. Reading individual characters from analog photos is virtually impossible for a mechanical reader or scanner. With adequate resolution in digitized images, combined with OCR, the pieces were in place. When these technologies came together, ALPR was born.

Before that, license plate numbers were recorded manually.

How Long Have These Cameras Been in Use?

As far as we know, the first simple automatic license plate recognition (ALPR) camera developed in the late 1970s was used by The Police Scientific Development Branch in the UK. The images and data needed special purpose-developed computer software. In addition, the system worked only under certain conditions of lighting, target movement speed, etc. to produce a useful image. In 1981 a stolen car was identified with the primitive technology available then.

In the 1990s, systems that could use off-the-shelf computer software and operate in less restricted conditions allowed for more widespread use. Law enforcement and toll collection were the first applications.

Adaptive Recognition (AR) was founded in 1991. Since then, this company has made great strides in the refinement and further development of ALPR technology.

How Do They Work?

The ALPR camera is set up at a location where it can “see” traffic. When triggered (some Adaptive Recognition cameras trigger themselves automatically), the camera takes a high-resolution digital photo of the vehicle in its view. It searches that photo for a license plate image and makes a separate record of that image. It also records the data (owner, registration information, etc.) represented by the plate number. If it is so programmed, it also recognizes the vehicle’s make, model, and color, as well as other characteristics of the vehicle and its movement.

Some ALPR cameras, such as Adaptive Recognition’s MicroCAM, are designed to be used from one moving vehicle to another. This ability is very useful for the police when they are monitoring traffic while moving through it.

Other common usages of ALPR technology include:

Other Applications of the Technology

Common applications of this principle are:

Where in the World are They Used?

As this technology has become increasingly popular, there are few corners of the inhabited world that haven’t been touched by it.

To summarize, ALPR cameras are becoming ubiquitous. New applications for ALPR technology are discovered every day.

Do you have a project that could be enhanced with automatic license plate reading or a related technology? Check out Adaptive Recognition’s latest offerings and contact them to discuss your needs.