Starsky Robotics’ solution to self-driving trucks could save the industry, and trucker’s lives.

Starsky Robotics’ solution to self-driving trucks could save the industry, and trucker’s lives. 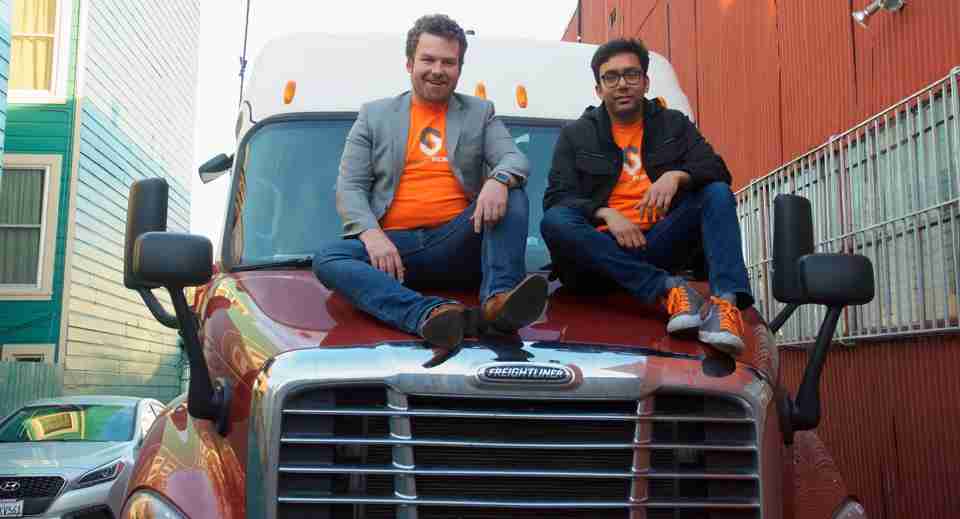 “Everyone thought I was crazy.”

This isn’t a good sentiment to describe, well, any situation or experience, but it definitely has an extra little sting to it when you’re trying to convince experienced investors to become stakeholders in your startup. Stefan Seltz-Axmacher knows this all too well.

He can joke about it now—and he does—but between September 2015 and April 2016, he and his cofounder Kartik Tiwari of Starsky Robotics took upwards of 80 meetings with different investors and came out with zilch.

His potential investors didn’t know a lot about the self-driving trucks industry, and didn’t believe his industry claims and statistics. He even had one investor tell him that there wasn’t a truck driver shortage (the industry is short at least 50,000 drivers and it’s only expected to get worse).

He also acknowledged that, according to investors, he had no credibility in the space.

“I didn’t go to Stanford, I didn’t participate in the 2004 Grand Challenge, where all the old-school autonomous guys got their start, and I didn’t come out of Google X,” he said. “I didn’t meet the preconceived standards for ‘Are you cool? Are you smart?’”

Recently, the self-driving trucks startup closed an incredible round of angel investing to the tune of $3.75 million. Seltz-Axmacher is plenty cool now.

So what changed? U.S. seed accelerator Y Combinator—known as one of the world’s most powerful startup incubators—took an interest. Sam Altman, President of Y Combinator and expert in future tech, and Justin Kan, internet entrepreneur and partner at the venture capital firm, were both in the meeting.

“They understood our claims, and why we could be successful. They took a bet on us,” Seltz-Axmacher said. “Once they came on board, other investors followed.”

There are other, perhaps better-known, self-driving truck startups out there. Uber acquired Otto in August 2016 and promises to have its fleet of self-driving trucks on the road the first half of 2017. Alphabet, Google’s parent company, and Embark are both in the running to compete with Otto.

But Starsky Robotics is something different altogether, and could potentially provide the solution the supply chain industry can use now to end the truck driver shortage in the U.S., and ultimately help save lives.

Seltz-Axmacher didn’t found this company knowing he was going to create an aftermarket retrofit kit that includes robotics that can control the pedals, steering wheel, and gear changes. He started by considering the pitfalls of the trucking industry.

A few years before a fateful road trip with a friend—on which the idea for Starsky Robotics was born—Seltz-Axmacher had the opportunity to visit the factory of a well-known brand of trucks. He learned here just how “messed up” the trucking industry is.

Some surveys rank the job of truck driver as one of the most dangerous jobs in America. Seltz-Axmacher claims that 1 in 10 trucks are in accidents, and up to a third of truck drivers are injured in a serious accident in their career.

And the turnover rate for the industry? Over 90 percent.

“Long haul driving is a hard job,” he shared. “I’ve had the opportunity to meet with a lot of drivers—they are not lazy people. They go months at a time not seeing their families.

“I spoke with a man who, from the time his daughter was three until she was 15, was home only one day a month. This is just not acceptable.”

But he and Tiwari knew that the only way to truly make the industry safer and more desireable was to get people out of trucks altogether.

“We started thinking about how we could make trucks drive without people in them. So the idea to make it completely remote control, like a drone, was born.”

Instead of the sophisticated—and costly—LiDar systems competitors use, Starsky Robotics’ solution features software, front- and side-facing radar, camera systems for highway driving, and the robotic solution controlled by a driver at a desk for final-mile delivery off highways. These remote operators can take over control of a self driving truck at any time.

This also means that instead of waiting for proprietary trucks to drop in price, trucking companies can install Starsky’s retrofit solution to their self-driving trucks as soon as the technology becomes available to businesses.

Nothing happened overnight. Testing actually got to a point where Seltz-Axmacher and Tiwari thought they weren’t going to hit their goals: not because of regulations or other outside complications, but because they couldn’t operate the self-driving trucks through their own robotics.

“To be completely transparent, until about a year ago, I had never driven a truck or a truck pulling a trailer,” Seltz-Axmacher said.

He and his team spent a week at a truck yard with their product driving around a tractor. The goal was to be able to move trailers around the truck yard, with the end goal of doing it efficiently enough to make money from the efforts.

While driving the tractor went well, adding the trailer into the equation threw a wrench into their plans.

“Moving a tractor and a trailer doesn’t seem easy, but we’re smart guys, and we thought we’d be able to figure it out,” Seltz-Axmacher said. “We spent the better part of two days trying to figure out how to back up and park.

“We had about 100 yards between other trucks and trailers, and we had to park parallel to them. The best that I got was about 55 degrees—we were aiming for 90.”

Although frustrated and, Seltz-Axmacher admitted, embarrassed, the team approached the terminal manager and asked if Starsky could employ one of their yardie drivers. According to Seltz-Axmacher, these guys do some of the most technically complex truck driving there is.

“Within an hour or two, and with the first iteration of our remote control, this guy was remote-driving the truck around. He was able to pull a trailer out from its dock and park it safely. It made us the first people in the U.S. to do this.” 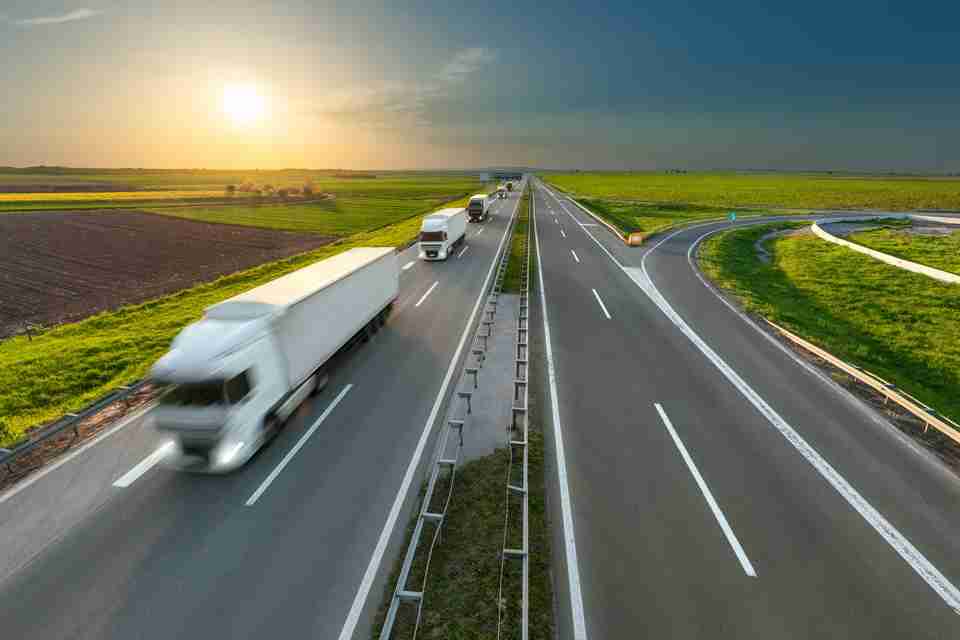 This has been the key to Starsky Robotics thus far. No, not being the first, although I’m sure that helps. How the company utilizes its talent, investors, and experts in their respective fields is a bit of a rarity for Silicon Valley-based startups.

“Our ability to go into different environments and not be crappy has been a very surprising competitive advantage,” Seltz-Axmacher said. “We’ve seen really, really smart people in this industry offend government officials and investors, and we’ve seen how that’s gone. We’re trying to take a different approach.”

It turns out the secret to success in Silicon Valley—or at least part of it—is being kind.

From truck drivers to PhDs in robotics, and from politicians to insurance company employees, Seltz-Axmacher has been amazed by how much knowledge other people have, and how much people in unexpected places can bring to an organization like Starsky Robotics.

“It’s been a humbling company to work on. Drivers work 14 hours a day, seven days a week. They know more about trucking than any CEO of any supply chain company. And yet, they are very rarely consulted.

“They understand things that people outside the industry don’t even consider: how wind affects a trailer, the difference in driving between a fully loaded truck and an empty truck, the finer points of navigating an empty straight truck bed. They’ve got a lot of knowledge and we need their expertise.”

That’s why Starsky Robotics will only hire drivers with five or more years of experience and a perfect driving record. The company will have contracts with trucking companies; drivers will be employees of Starsky.

You’re probably wondering how taking drivers out of the truck cab will help with the driver shortage. And if robots are taking the drivers’ jobs, what are the drivers going to do for employment?

The biggest determinants of the trucking industry is the quality of life on the road, being on the road for too many hours, and safety. But by moving qualified truckers into an office setting, all of these issues all but disappear.

“Driving a truck will demand far fewer personal sacrifices, and will be a much more favorable job,” Seltz-Axmacher said. “We’re able to offer a safe job in an office with colleagues, and the ability to go home to your family at the end of every shift.”

Starsky Robotics believes it will be able to pay employees at the same rate through increased efficiencies. And, with each driver able to control upwards of 10 trucks at a time, the number of drivers needed diminishes.

This also addresses the issue that some more conservative supply chain experts have: robots and automation take jobs away from humans. Here, Seltz-Axmacher moves the driver from the truck cab to a desk.

Starsky Robotics is still small: there are three drivers on a team of 17 total. Testing is going very well, and the next couple of months are dedicated to regularly hauling freight with trucks in autonomous mode.

The big hurdle to completely self-driving trucks is regulations at the state and federal level. Only three states—Florida, Nevada, and Michigan—have favorable autonomous testing regulations. While interstate hauling is all well and good, crossing state lines is necessary for success in the long-haul trucking space.

Currently there is still a human safety driver behind the wheel, but the team is confident that its system will have the reliability by the end of the year to be completely driverless.

Taking the driver out of the cab is the main goal of Starsky Robotics. Not just to improve the quality of life of the drivers, but to make sure they make it home in one piece to begin with.

“We want to play a part in reducing the 4,000 people who die due to truck related accidents every year,” Seltz-Axmacher said.

I don’t know about you or the investors that turned Starsky Robotics down, but to me, that’s not crazy at all.