On May 6, 2021, SeaWorld Entertainment announced the appointment of Marc Swanson as Chief Executive Officer (“CEO”) and Elizabeth Castro Gulacsy as Chief Financial Officer (“CFO”) and Treasurer. Swanson was named CEO following his 20-year tenure with the company and after previously serving as Interim CEO. Gulacsy was named CFO and Treasurer after working with the company for eight years. In addition to this previous assignment, Gulacsy will also draw on the experience she built in her term as interim CFO and Treasurer. 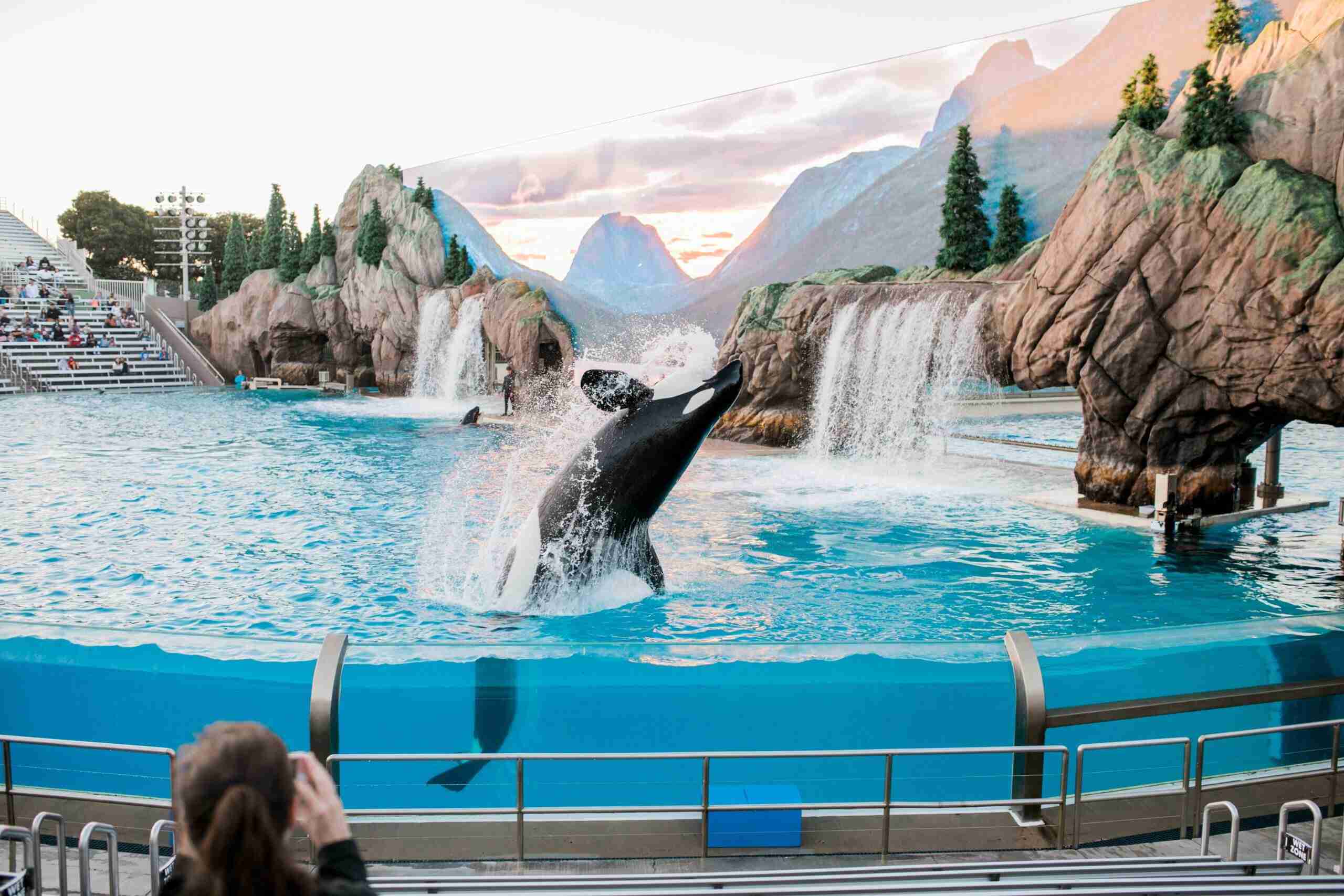 SeaWorld Entertainment is a leading theme park and entertainment company focused on “providing experiences that matter” and inspiring “guests to protect animals and the wild wonders of the world.” The company is one of the world’s foremost zoological organizations and a global leader in animal welfare, training, husbandry, and veterinary care. SeaWorld rescues and rehabilitates marine and terrestrial animals that are ill, injured, orphaned, or abandoned, with the goal of returning them to the wild. In collaboration with Busch Gardens, SeaWorld has cared for more than 38,000 animals in need over the last 50 years.

Today, SeaWorld owns 12 destination and regional theme parks, which are grouped in key markets across the United States. Additionally, the company owns or licenses a portfolio of iconic brands, including SeaWorld, Busch Gardens, Aquatica, Sesame Place, and Sea Rescue.

The company’s ongoing dedication to its mission, and its implementation of an effective Executive team that collaborates with their Board, has provided a platform for SeaWorld Entertainment to thrive, even through periods of economic uncertainty.

The company recently released its Q1 2021 report, and then-Interim CEO Marc Swanson and Hill Path Capital Founder and Managing Partner and SeaWorld Entertainment, Inc.’s Chairman of the Board of Directors, Scott Ross, disclosed their perspective on what this report, as well as what the promotion of Swanson and Gulacsy, indicates for the future of the company.

Gulacsy recently accepted the title of CFO and Treasurer, which will follow her successful eight years serving the company in numerous leadership positions. She joined the SeaWorld Entertainment team in 2013, initially as Director of Financial Reporting, and was later promoted to Corporate Vice President of Financial Reporting in 2016. Since August 2017, Gulacsy had served as Chief Accounting Officer, except for a period between September 2019 and November 2019, during which, she also served as the Interim Chief Financial Officer and Treasurer in addition to her role as Chief Accounting Officer.

Before joining the company, Gulacsy worked with Cross Country Healthcare Inc., a leader in providing total talent management, including strategic workforce solutions, contingent staffing, permanent placement, and other consultative services for healthcare clients. She served as the company’s Accounting Officer and Corporate Controller from 2011 to 2013, Director of Corporate Accounting from 2006 to 2011, and Assistant Controller from 2002 to 2006. Prior to that time, Gulacsy was an Audit Manager for Ernst & Young LLP.  She holds both a Bachelor’s degree and a Master’s degree in Accounting from the University of Florida and is a Certified Public Accountant.

Today, Gulacsy serves as a Board member and Treasurer for the SeaWorld and Busch Gardens Conservation Fund and is a member of the Audit Committee for the International Association of Amusement Parks and Attractions (IAAPA), the global professional association for the theme park industry.

Upon accepting her most recent position, Gulacsy discussed the recent efforts the company has made to improve profitability and what she hopes for the future: “We have worked hard over the last few years, including prior to and during the pandemic, to position this company for a significant improvement in profitability.  Our financial position is strong, our strategies are working, our execution is improving, and I look forward to continuing working with our management team and board to fully capitalize on the significant opportunities ahead.”

Marc Swanson has worked with SeaWorld Entertainment for over twenty years. He joined the team in 2004 as Vice President of Sesame Place. Swanson served as Corporate Controller of Busch Entertainment Corporation from 2008 to 2011 and Performance Management and Corporate Controller of SeaWorld Parks & Entertainment from 2011 to 2012. Swanson served as Chief Accounting Officer since 2012, as interim Chief Financial Officer from June 2015 until September 2015, and as interim Chief Executive Officer from August 1, 2017, until his recent permanent appointment. He holds a Bachelor’s degree in Accounting from Purdue University and a Master’s degree in Business Administration from DePaul University. He is also a Certified Public Accountant.

Today, Marc Swanson is a member of the Board of Trustees of the Orlando Science Center.

He shared his enthusiasm regarding his new position, stating: “The past year has been a unique and extraordinary period for our company, our industry, and the world. The capabilities of our Management Team combined with the complementary expertise of our Board allowed us to make the innovative and necessary decisions to address an unthinkable and unprecedented reality. Today, we have even more confidence in our long-term strategy, and I look forward to continuing to work with our dedicated team and board to drive long-term value for all stakeholders.” 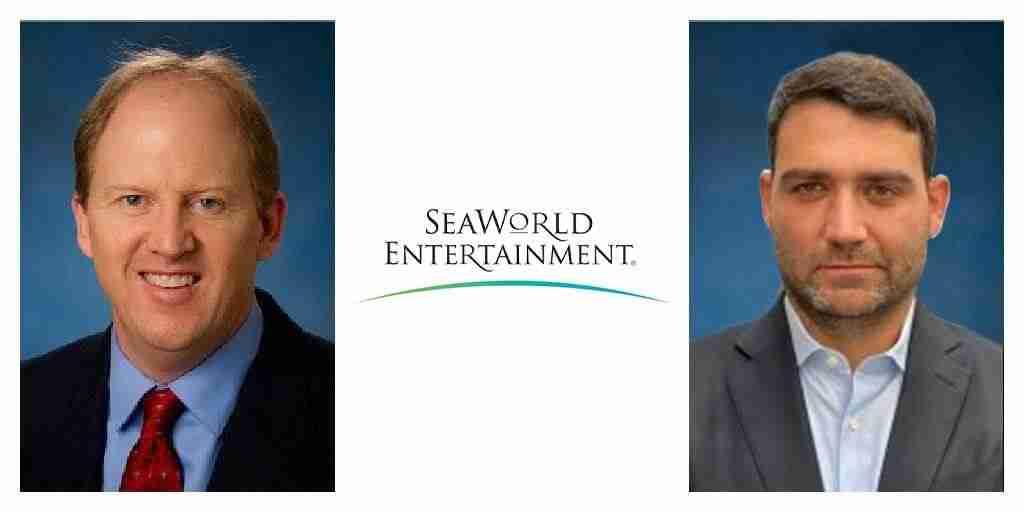 Prior to accepting his permanent appointment as CEO, Swanson was a featured keynote speaker at the IAAPA 2021 Virtual Conference on April 7-8. The event focused on the recovery and resilience of the attractions industry in a post-COVID environment, and Swanson spoke directly on how SeaWorld Entertainment has navigated through the challenges of 2020 and 2021. In his 30-minute speech, “Navigating the Covid-19 Crisis,” he highlighted how the company’s success is attributed to the collaborative efforts of the Management Team and Board members, including Hill Path Capital Founder and Managing Partner and SeaWorld Entertainment, Inc. Chairman of the Board of Directors, Scott Ross.

Swanson recounted, “Our partnership with our Chairman and our other Board members allowed our company to adjust and move forward with more creativity and nimbleness than we had before.” He continued, “Having a large investor on the board allows us to align our goals and move even more confidently and decisively. We were all in this together, and having our leadership team and board in constant communication certainly allowed us to address this crisis head-on.” He added, “That collaboration allowed us to address our operational costs and maximize our financial flexibility, giving us some breathing room to make the difficult decisions with some degree of confidence.”

On May 6, 2021, SeaWorld Entertainment released its first-quarter 2021 results.

New CEO Marc Swanson discussed the high points: “Our first quarter events including new or expanded event days at some of our parks as well as several new or reimagined venues which we launched during the quarter and which helped contribute to the increased guest spending,” Swanson said. “We are excited to have experienced a robust Spring Break season across our parks, including several days where our parks reached capacity limitations for the current operating environment. To be clear, we believe our attendance would have been notably higher, were it not for capacity limitations and closed parks.”

CEO Marc Swanson shared insight into the recent findings: “Our first quarter financial results continue to demonstrate our ability to strategically operate in the current environment.”

He continued, “I am extremely proud that we not only generated positive adjusted net cash flow during the quarter, but that we also achieved higher adjusted EBITDA in the first quarter compared to the first quarter of 2019. The success of the strategic pricing, marketing, cost, and capital investment initiatives that we developed and had been refining prior to the onset of the COVID-19 pandemic combined with the strategies we developed and actions we have taken during the COVID-19 pandemic period helped us deliver meaningfully positive first quarter adjusted EBITDA when compared to the first quarters of both 2020 and 2019. Our pricing and product strategies are clearly working, and our guests are spending more when they visit our parks.”

Moving further into 2021, the SeaWorld Executive team and Board of Directors, including Marc Swanson, Elizabeth Castro Gulacsy, and Scott Ross, are looking forward to a year of progress.

Regarding growth and earnings, CEO Swanson said, “We are encouraged by our guests’ desire to visit and spend at our parks and believe this is a good indicator for expected demand during our peak summer season.” He looked forward to the coming season: “We expect that our parks will return to a more normalized operating environment as the year progresses. Despite the progress we have made, we continue to believe there are significant additional opportunities to improve our execution and drive meaningful growth in revenue and adjusted EBITDA when our parks are no longer restricted by capacity limitations and limitations on events.  We are successfully navigating through this extraordinary environment, and we are confident we are emerging an even stronger and more profitable enterprise.”

Scott Ross wrapped up, attributing the company’s success and future prospective growth to the newest members of the SeaWorld Entertainment Executive team: “Over the past year, Marc and Elizabeth, alongside the board, have continued to execute the strategic initiatives we have been working on over the past several years and have taken the necessary decisive actions to position the company for long-term success. We look forward to their continued leadership as we work together to emerge a stronger and more efficient company and realize the full, long term potential of this great company and its irreplaceable assets and brands.”