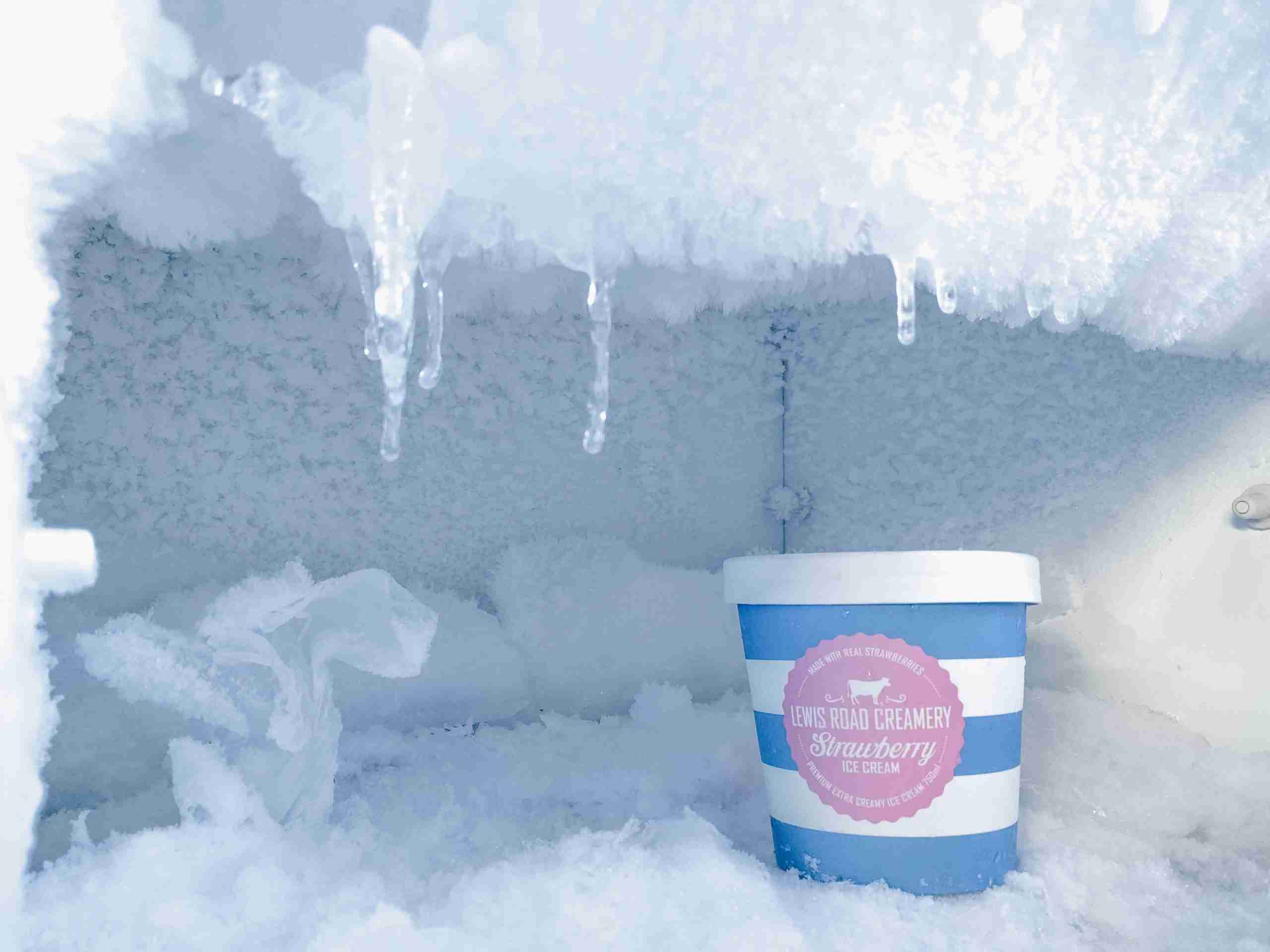 Most people love the convenience of opening their freezer to find a fully cooked meal, packaged and ready to be reheated for a quick and easy dinner. Frozen food has become such an integral part of daily life in the developed world that many don’t think beyond its basic function. How are different types of foods frozen and what is the science behind these food freezing methods?

Humans have been freezing food for long-term storage for thousands of years. Indigenous populations living in distant northern or southern latitudes could store their food in ice or snow banks – or submerge it in freezing water – to prevent spoilage.

Around 3,000 B.C., populations in China began using ice cellars by cutting ice from the frozen rivers in the winter and storing it below ground to keep food – and themselves – cool during the hot summer months. Ancient Romans did something similar with compressed snow blocks.

The modern food freezing industry dates back to the early 1900s when Clarence Birdseye – founder of the frozen food company that shares his name – observed the locals in Labrador, Canada, during a fur trading expedition. These locals would preserve food by leaving it out and letting it freeze in the brutally cold Arctic temperatures.

Birdseye is widely considered the father of the modern frozen food industry. While Clarence died in 1956, his legacy still impacts the way manufacturers freeze and store food today.

Brine freezing is generally not used in the developed world, but there are still some places in the developing world where these food freezing methods help with food preservation.

It is also often used in the fishing industry to preserve a ship’s catch as they head back to port. Tanks fitted with cooling coils circulate and supercool a brine made from salt or calcium chloride mixed with water. Food is packaged and then submerged in the brine and allowed to freeze.

The downside of this technique is that if the food comes in contact with the brine, it can change the taste, making it too salty or bitter to enjoy.

For commercial applications, contact freezing – also known as plate freezing – creates bulk blocks of a frozen product. There are two types of contact freezing. One employs water and the other uses frozen metal plates directly in contact with the bottom and sides of the packaging.

The first type of contact freezing uses metal plates, placing the product in a tray filled with water. In addition to freezing the product itself, it ends up embedded in the ice, which also helps preserve the food by reducing potential contact with oxygen. The problem with this freezing is that thawing the entire block is necessary to access even a portion of what’s stored within.

The second type of contact freezing only works for cube-shaped items, such as square packaging. It involves pressing on the bottom and sides with freezing plates. This close contact shortens the overall freezing time, making it even faster than blast freezers, but the shape limitations are problematic for other types of products.

Blast freezers use a constantly circulating blast of cold air to freeze products. This air is cooled below the freezing point and the constant circulation means the air only works to cool the food, not the freezer itself. It takes roughly 90 minutes to reduce the food from 70°C (158°F) to 3°C (37.4°F) and around 240 minutes to drop from 70°C (158°F) to -18°C (-0.4°F).

In addition to cooling food quickly, these food freezing methods provide a better overall product. Traditional freezers work well enough to freeze food, but the slow speed means it’s forming larger ice crystals as the water within the food freezes. The food won’t spoil, but it may lose some texture once thawed and won’t taste as fresh.

Blast freezing creates smaller ice crystals within the food, taking advantage of all the benefits of freezing for food storage while creating a better finished product.

Sometimes, delicate foods call for something a little faster than even a blast freezer can manage. Cryogenic freezing uses cryogenic gasses or substances like liquid nitrogen to flash-freeze food in minutes.

The cost of liquid nitrogen is often cited as the primary downside of this type of freezing. Some popular snack foods, such as Dippin Dots ice cream, use liquid nitrogen to get their unique shape.

While this isn’t technically freezing, there is a freezing aspect to the creation of freeze-dried foods. Freeze drying is one of the easiest ways to make shelf-stable food, both on a commercial scale and at home. The process starts by freezing the food. Once it’s frozen, the trays it sits on begins to heat up. At the same time, a vacuum pump removes all the air from within the freeze dryer.

Instead of allowing the food to thaw, the vacuum causes the water to sublimate – converting directly from solid (ice) to gas (vapor). This process removes more water than any other type of food storage prep, and well-stored freeze-dried foods have a shelf life of up to 25 years.

The average person might not think twice about how the food in their freezer gets frozen, but the science behind this ancient food preservation method is more fascinating than one might think. While most readers won’t see brine freezing or even cryogenic freezing in their home kitchen, a blast chiller or freeze dryer can be an excellent tool for augmenting their home’s food supply and improving long-term preservation.

Emily Newton is the Editor-in-Chief of Revolutionized, a magazine exploring how innovations change our world. She has over five years of experience writing articles in the industrial and tech sectors.