What happens when you mix infrared data and high levels of chlorophyll? An Impressionist-like phytoplankton bloom that could be the North Atlantic’s tour de force.

What happens when you mix infrared data and high levels of chlorophyll? An Impressionist-like phytoplankton bloom that could be the North Atlantic’s tour de force.

On September 23rd 2015, NASA combined the forces of its Suomi NNP weather satellite’s infrared imagery collecting tool, the Visible Infrared Imaging Radiometer Suite – or VIIRS – along with data from VIIRS’ red, green, and blue infrared bands and further statistics on the levels of the North Atlantic’s chlorophyll. And just like other plants, phytoplankton blooms are comprised of light-absorbing chlorophyll and thrive in sunlight.

“The image does a beautiful job of showing the close link between ocean physics and biology. The features that jump out so clearly represent the influence of ocean eddies and physical stirring on the concentration of phytoplankton pigments and, possibly, colored dissolved organic matter.”

According to NASA, phytoplankton blooms take place in the North Atlantic every autumn, but are typically difficult to survey from satellites during fall weather patterns.

Norman Kuring, an ocean scientist at NASA’s Goddard Space Flight Center in Greenbelt, Maryland points out, “A lot of what we don’t know about ocean ecology has to do with the difficulty of sampling the ocean, whether it be from a storm-tossed ship or from a cloud-obstructed satellite.”

NASA’s North Atlantic Aerosols and Marine Ecosystems Study (NAAMES) researchers headed out to
this stretch of the sea mere weeks after this colorful phytoplankton bloom image was recorded. They focused their studies on the blooms and measuring their environmental effects.  According to deputy project scientist for NAAMES and a researcher at NASA’s Langley Research Center Rich Moore, “These biologically-driven aerosol influences have been detected as far away as coastal monitoring stations in Ireland. However, we have much less information about what is going on out in middle of the ocean.” 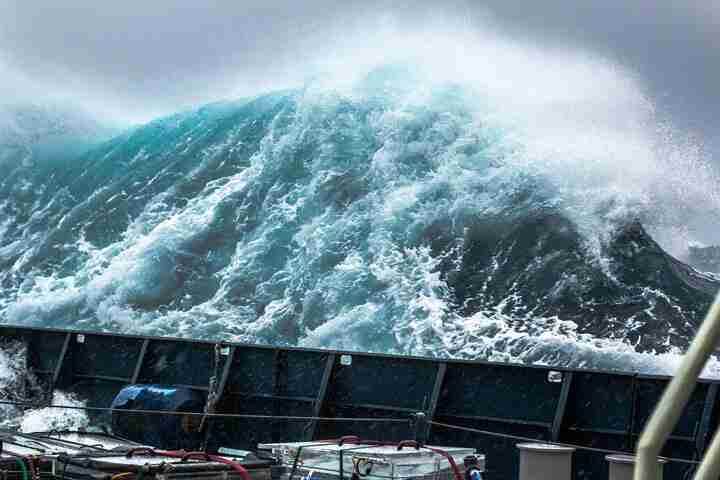 From here, NAAMES will try to discover as much as possible about a key scientific gap with sea and sky-based tools to determine the connection between these phytoplankton blooms, changes in atmospheric aerosols, and how significantly these could impact clouds and regional climate in the future.