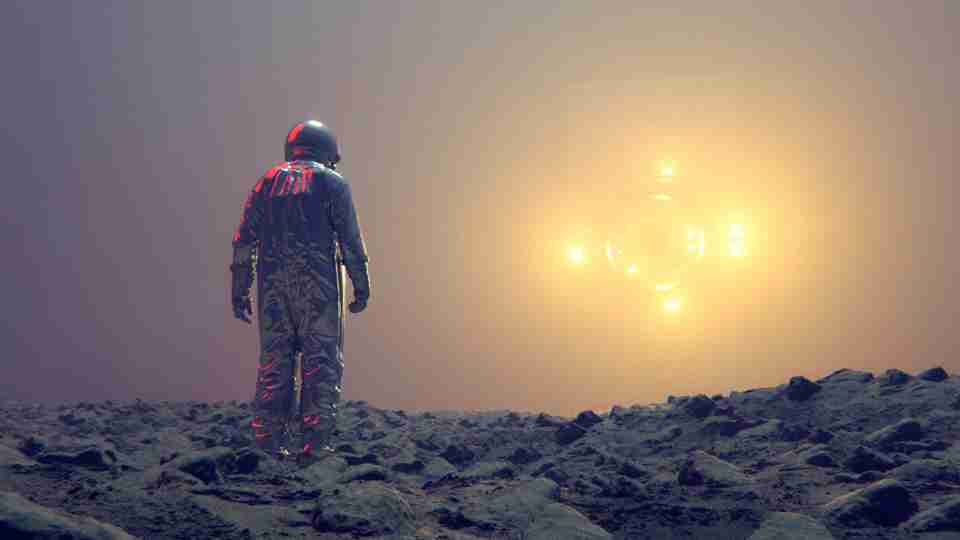 As Starman and the Tesla Roadster roam through deep space, 2.8 million miles from Earth and counting, and as plans for a sixth branch of the U.S. military devoted to securing the shiny new battlefield of space are being considered in D.C., our thoughts have turned increasingly towards the stars.

As you read this, the Juno unmanned spacecraft is orbiting Jupiter, gathering information from Europa, the sixth largest moon in the Solar System. Juno’s work will potentially reveal the planet’s origin, and with it, the origins of our solar system and of life as we know it.

Exploration Mission-1, currently in development with aerospace luminaries such as Aerojet Rocketdyne, Boeing, Jacobs, Lockheed Martin, and Northrop Grumman, will be NASA’s first integrated flight test of a deep space exploration system. The ultimate goal: to bring human existence to the Moon and beyond.

Next summer will see the launch of the Mars 2020 mission, which will send an autonomous rover to the ancient red planet to learn if it is habitable for humans, and to find remnants of any microbial life in existence there.

The International Space Station (ISS), together with the space agencies from the U.S., Canada, Europe, Japan, and Russia has hosted scientists and researchers from over 80 countries to  undertake over 1,700 investigations in the station’s weightless environment.

Research activities span the vast disciplines of technology, biology, human physiology, and the physical sciences, with the mission to improve humankind and ready the world for deep space exploration. From studying the limits of genetic diversity, developing novel tissue engineering techniques, and gaining an understanding of highly complex biological processes such as microbial virulence, the work of the ISS is impacting human life in a myriad of astonishing, positive ways.

These efforts bring one constant to every mission, and that’s messy vitality. Forward progress towards deep space brings with it an ever present concern that’s at once more mundane and terrifying than any Ridley Scott film could conjure: biological contamination.

According to Space Safety, biological material encompasses “everything from simple organic carbon molecules via parts of genetic code or proteins up to full microbial life forms.”

The worry that astronauts could pick up potentially devastating biological material and bring it back to Earth, or inadvertently wipe out a species of extraterrestrial life with biological matter from our home world is not new.

After the launch of the Sputnik satellite in 1957, the Committee on Space Research (COSPAR) established the very first planetary protection program. As part of the International Council for Space Exploration, COSPAR’s work has been central to the work of planetary protection for both human and robotic space missions.

In the context of space exploration, causing harm can manifest as “forward contamination” of other planets and systems by organisms carried out into space by explorers, or as “backward contamination,” the transmission of alien bioactive molecules that could be carried back to Earth after being collected on another celestial body.

After the completion of the Apollo space program in 2008, COSPAR developed the first list of qualitative principles and guidelines for forward and backward contamination on human missions. 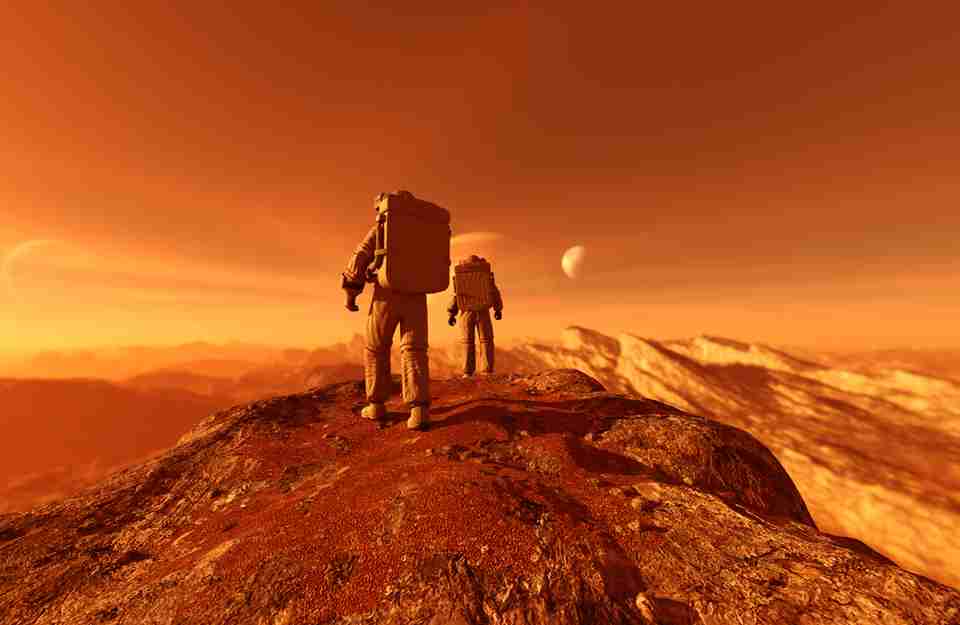 As humans inched their way into space over half a century ago, the international community united to pledge that space exploration should take place for the benefit of all humankind, peacefully and without harm to ourselves or other planets.

Established by the United Nations in 1966, the Outer Space Treaty established the framework for international space law, stipulating that space cannot be appropriated or occupied by a single person or nation, that it must not be weaponized, and that astronauts are the envoys of humankind.

Additionally, the treaty makes clear that “states shall avoid harmful contamination of space and celestial bodies.”  Vehicles and equipment used in missions to celestial bodies that could support life— human or extraterrestrial—are scrupulously cleaned and sterilized. As such critical interplanetary samples are collected, reducing the potential for cross-contamination is the purview of Lisa Pratt, Ph.D., NASA’s Planetary Protection Officer.

Speaking to Indiana University, where she is Provost Professor Emeritus of Earth and Atmospheric Sciences, Pratt described her role in NASA this way: “I have a burden, a burden of responsibility to figure out how we collaborate with all the other nations and individuals who are capable of reaching Mars to ensure that we understand what’s there before we bring bits and pieces or intact spores of Earth organisms and inadvertently inoculate a habitable planet.” Such inoculation could make human habitation impossible.

While the planned exploration of Mars continues at full speed, the concern over contamination is growing. NASA and other regulatory bodies have been focused on the issue for decades, but as we move closer to dispatching humans to collect planetary samples, answering complicated questions about how we interact with them is a critical priority.

Bette Siegel, program executive and planetary protection expert in NASA’s Human Exploration and Operations Mission Directorate explained in a press release, “we already have samples of Mars, and some comets and asteroids, here on Earth. Some comet and asteroid samples were collected by spacecraft and returned directly to Earth, but many others that have spent millions of years in space regularly fall to Earth. These are quickly contaminated by Earth organisms once they hit the ground.”

According to the National Academies of Sciences, Engineering, and Medicine, the biggest risks of contamination are associated with missions to Mars where samples will be collected by humans, and missions to those bodies in the outer solar system with oceans beneath their icy surfaces.

Biogeochemist Pratt is uniquely qualified for her role as a defender of the galaxy. Her research at Indiana University centers on understanding how microorganisms live in extreme environments, which required “the in-person collection of pristine samples from poisonous-gas-filled waters in extremely hot and cold environments.”

With a $2.4 million grant from NASA, in 2011 she led a team to the margins of the Greenland ice sheet to study methane emissions and microbial life. The second largest body of ice on the planet, the Greenland sheet is made up of more than a hundred thousand years worth of compressed snow, preserving an invaluable history of the world’s climates. During that research effort, Pratt realized her interest in exploring the potential for life on other planets, particularly on the frigid surface of Mars.

“With only a few decades left until there are boot prints on Mars, it is imperative for the international scientific community to plan for the unknown consequences of contact between two life forms and their biospheres. It’s possible that ‘first contact’ has already occurred due to the unavoidable presence of spores and cell fragments on spacecraft launched from Earth and landed or crashed on Mars,” she told her alma mater upon her appointment as Planetary Protection Officer. “If life does exist on Mars, which is a big ‘if,’ then we have a brief window of time remaining in which extraterrestrial life can be studied in near-isolation from terrestrial life,” she added. 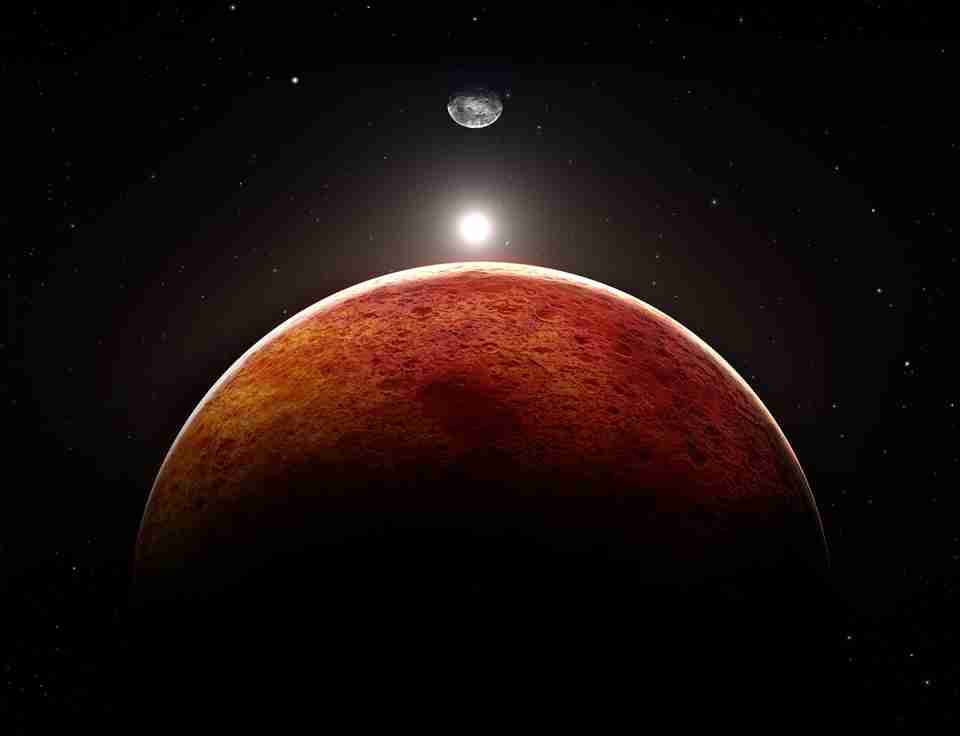 Spacecraft that aren’t designed to land on moons, asteroids, or planets are not regulated by the Office of Planetary Protection, which is one reason we shouldn’t be too freaked out to learn that the Tesla space Roadster wasn’t sterilized before launch (although it was very nicely waxed).

Starman and the Roadster won’t be intentionally landing on Mars or anywhere else, so there’s little risk of the endeavor actually tainting a planet. In reality, very few living organisms survive the pressure, radiation, and extreme temperatures of space.

Some organisms do remain dormant and can wake up when the conditions are ripe, but that’s the subject of another story entirely–and one that may keep us awake tonight. Let’s leave it for Ridley Scott to consider.

Speaking of interstellar anxiety, rest assured that the Tesla project will continue to cruise through deep space for about a million years before burning up. There’s a very slight chance that it could crash into Earth or Venus, but reporting on that possibility seems a little too distant for now.