Foxconn Electronics—manufacturers of Apple’s iPhone and iPad, Samsung’s Galaxy phones, Sony’s PlayStation 4, and other devices from some of the biggest tech giants—aims to replace all factory employees with automated workers eventually.

The robots—known as Foxbots—developed by Foxconn can produce 10,000 robots a year. The company, also known as Hon Hai, is headquartered in Taiwan, but has 12 factories in China and operations in over 10 countries globally, including the U.S., Vietnam, Brazil, and Mexico. 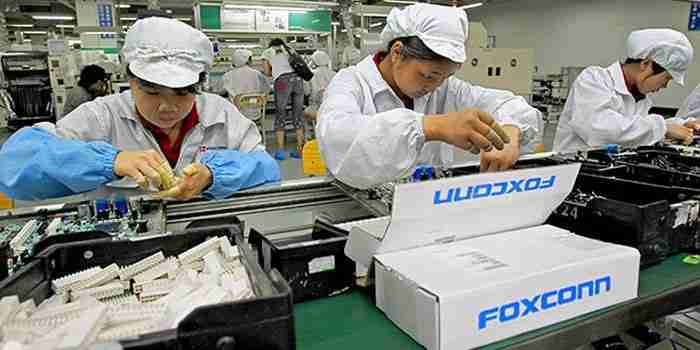 In the first phase, the factories will replace human workers with robots at individual workstations to automate dangerous or repetitious tasks.

During the second stage, robots will take over entire production lines to cut down on the use of  excess robots.

Once the third phase is complete, whole factories will be automated. Only a limited number of human staff will be needed on the floor for oversight, testing, and inspection. Jia-peng claims a small number of humans will still be necessary because robots  currently lack flexibility and cannot switch from one process to another quickly.

Robots Already Deployed
This isn’t the first time Foxconn is operating robots inside its factories. The company already deploys more than 40,000 Foxbots and has 10 fully automated production lines manufacturing various products in China.

Since the release of the iPhone 6 in 2014, Foxconn has simultaneously replaced 60,000 human workers with robots at its Kunshan factory alone. 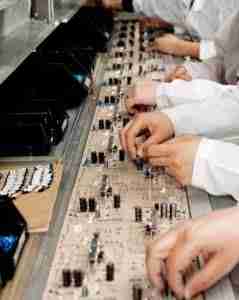 The Need For Automation
Automation is a growing trend because robots speed up productivity and are considered more cost effective. Furthermore,  younger generations are losing interest in production line work.

To avoid an industrial downfall, the Chinese government is focusing on automation.

At a 2014 speech at the Chinese Academy of Social Sciences (CASS), Chinese President Xi Jinping noted that a global “robot revolution” is underway.

According to the Cheung Kong Graduate School of Business, “The worldwide market for industrial robots surged from 60,000 units in 2009 to 248,000 units in 2015, according to the International Federation of Robotics (IFR)—an industry -lobbying group—and since 2013, China has been the world’s No. 1 buyer.”

Some policymakers have even called for the provision of a universal basic income to deal with the robot threat.

In an effort to increase productivity and reduce costs in the long-term, Foxconn wants to fully automate its huge iPhone factory in Zhengzhou, China, referred to as “iPhone City.”

President-elect Donald Trump stated that he wants Apple to move its manufacturing to the U.S. in an effort to preserve U.S. jobs. Could Foxconn’s cost-effective automation plans in China create a hurdle in Trump’s hopes for a U.S. made iPhone?