Washington fruit picking will soon be done by robots

Washington fruit picking will soon be done by robots

In the midst of President Donald Trump’s war on illegal immigration, many companies who rely on immigrants for labor-intensive jobs are seeking to replace them with robots.

This will slowly change once fruit picking robots make it to market, and at least two robot manufacturers are in the process of making that happen.Advantages of Mechanization
The greatest benefit is quite obvious—fruit picking robots don’t get tired.

As for those farm owners suffering from a shortage in labor, fruit picking robots are also a source of reliability. “Human pickers are getting scarce,” said Gad Kober, Vice President of Business Development and Co-Founder of FFRobotics. “Young people do not want to work in farms, and elderly pickers are slowly retiring.”

Members of Washington’s $7.5 billion annual agriculture industry have long struggled with labor shortages, because of this they’ve relied on workers who flood in from Mexico annually to harvest the crop.

Fruit picking robots also mean increased efficiency, with one machine taking 85 to 90 percent of the crop off the trees—the rest of which humans could pick.

For U.S. Representative Dan Newhouse, fruit picking robots are of deep interest as an alternative to human labor for increasing efficiency.

Large portions of the agriculture industry have been mechanized for some time now, so it isn’t a stretch for the fruit picking industry to do it as well.

Large portions of the agriculture industry have been mechanized for some time now, so it isn’t a stretch for the fruit picking industry to do it as well. 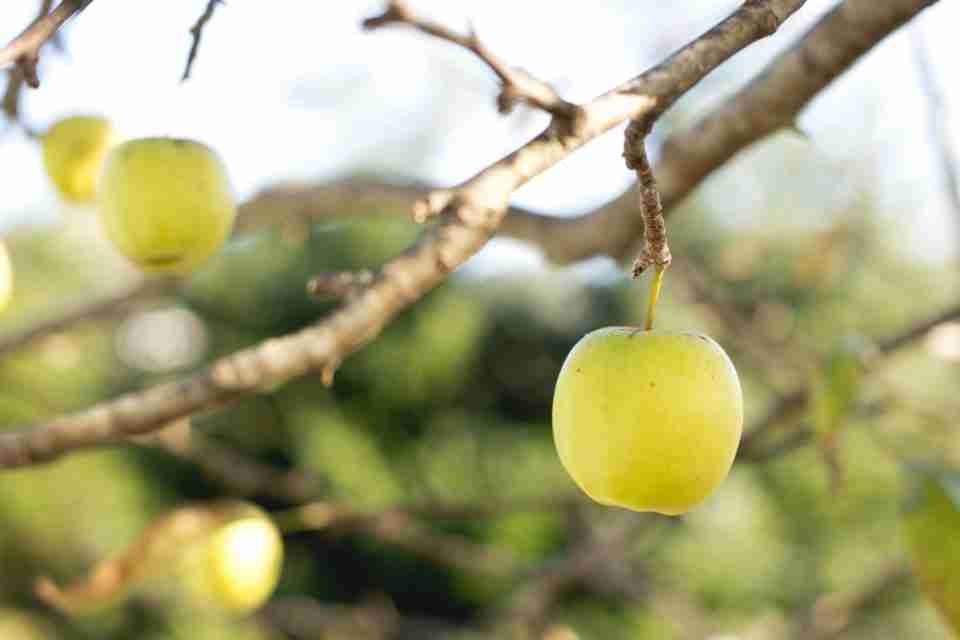 Disadvantages of Fruit Picking Robots
Advocates of farm workers say fruit picking robots will have a negative effect—causing a devastating amount of job loss for farm workers across the state.

The hard and often dangerous work of fruit picking has drawn Mexican migrant workers to Washington for years. Many of them have settled in the state and their presence in the community is a productive one, with several counties near the Canadian border now being majority-Hispanic.

“A robot is not going to rent a house, buy clothing for their kids, buy food in a grocery and reinvest that money in the local economy,” said Nicholson.

Fruit Picking Robots to Hit Market Soon
While much of the agriculture industry is now mechanized, technology does not yet exist to preserve the appearance of fruit during mechanized harvest. This element is so important that commodities like apples, berries, and table grapes are still hand-picked.

FFRobotics is developing a robot with three-fingered grips to grab, twist, and clip fruit from branches. This robot is slated to have between four and 12 arms, with the capacity of picking 10,000 apples an hour.

Whereas Abundant Robotics is working on developing a fruit picking robot that uses suction to vacuum apples off trees.

Getting fruit picking robots to market before 2019 was a goal mentioned at February’s 60th Annual Conference of the International Fruit Tree Association.

“Both of them will be in the field with prototypes this fall,” explained Karen Lewis, Regional Tree Fruit Specialist at Washington State University. She called the fruit picking robots a “game changer.”


Lewis added that in order for these fruit picking robots to work, the fruit must be grown in trellis systems that allow robots to see the fruit in order to harvest it.

The systems must be compatible and robot-ready before machines are adopted into the harvesting process.

As for whether the use of fruit picking robots will expand, Mike Gempler—Executive Director at the Washington Growers League—says it will be determined by their cost and reliability.

It is without question that the mechanization of fruit picking is imminent. What is left to be seen is how the impending job loss of a large portion of farm workers will affect the economy as a whole.

Because while it may be a long-term investment for farm owners themselves, their surrounding communities also depend on the presence of farm workers for economic stability.