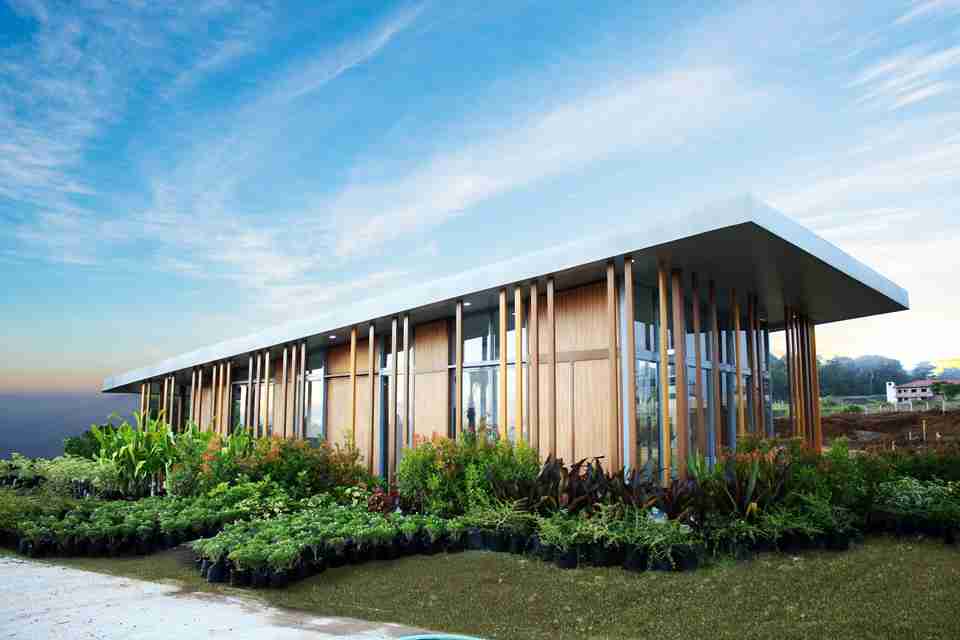 One of the most versatile art collectors in the world is on a quest to redefine the built experience. Robbie Antonio, who at this moment has managed and developed 82 million square feet of property in roughly two dozen countries, is leaving a remarkable imprint on the architectural scene with his latest innovation, Revolution Precrafted.

While a modern interpretation of prefab building has gained traction throughout Europe and other parts of the world, a reluctance to embrace that concept still lingers here in America. However, if you insist on thinking of manufactured dwellings as lifeless boxes set to fall apart in a stiff breeze, Robbie Antonio is here to change your mind — and open your eyes.

In addition to his role as Founder and CEO of Revolution Precrafted, 42-year old Antonio is Founder and President of Antonio Development in New York, and Managing Director of Century Properties, based in his native Philippines.

Working with some of the most illustrious architects, designers, artists, and influencers on the planet, Antonio has built Revolution Precrafted into a $9 billion firm that is raising modular construction to an art form. He has collaborated with Pei Partners and I.M. Pei, Zaha Hadid, Christian de Portzamparc, and other Pritzker Prize-winning architects, and has overseen the largest number of luxury real estate developments in the world.

His initial inspiration for creating Revolution Precrafted came from observing asset-light, tech-based companies. “I wanted to create a business that would have very minimal inventory risk, something scalable and easily expandable. The end result is Revolution Precrafted,” he told BOSS.

“We initially served as a global supplier of designed prefab homes and we received so much interest with that model. We have since evolved to become a global marketplace that brings together designers, fabricators, suppliers, and customers to create both traditional and prefab projects. We wanted to help address the global demand for homes, so we also created a new line of affordable homes that are easy to build and very cost efficient.”

The expansion of the company’s product lines was a strategic move aimed at opening up new markets in Asia, the Middle East, South America, and the Caribbean. 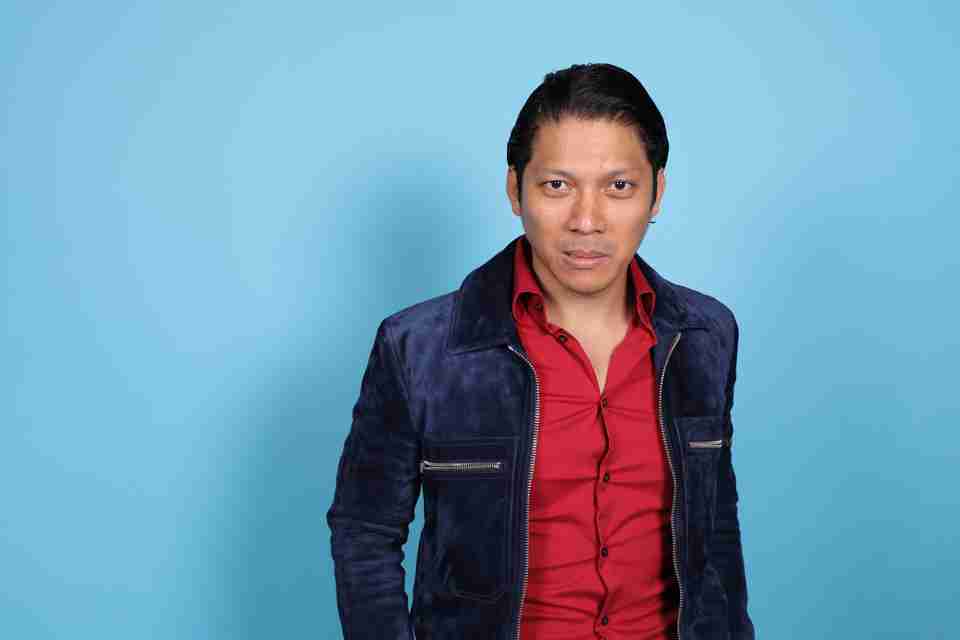 When asked to single out the most provocative impact the Revolution Precrafted approach is having on the global AED sector, he replied, “I would like to think that our concept has paved the way for a few important trends in the world of architecture, design, and real estate. First and foremost, I think that more people now have more appreciation of prefab homes. They have seen the potential and the possibilities of what can be done with prefab structures if they just use a bit of imagination. In the past, prefab structures had a negative perception and people think of them as inferior in terms of quality and aesthetics. But now, all that has changed.

“Secondly, I think that people are now aware of what you can do if you make ‘branded’ real estate projects. You make it easier for end consumers to own properties designed and inspired by celebrities and popular architects — things that they may not necessarily be able to afford or have easily. They cannot just approach a popular celebrity and ask them to design a home for them.”

In that vein, he has worked with Armani Casa, Lenny Kravitz and Wallpaper* Magazine, and Versace Home, to name a few.

“For design partnerships, we want to work with architects, designers, and artists who share the same vision and passion of making it possible for more people to own beautiful homes. At the bottom of it all, we all want to give more people the chance to own their dream homes, wherever they are,” he explained.

At present, Revolution Precrafted is taking the lead in designing more affordable, high-end transportable homes. “Given the huge demand for housing all over the world, this is one area where we need to give more options,” he insisted. “Regardless of their budget and purchasing power, everyone wants to own a home that’s beautiful, sturdy, and if possible designed by a noteworthy architect or designer. We are exploring with our revolutionaries to see if we can design beautiful homes at the low- to mid-range levels. For example, we have partnered with world boxing icon Manny Pacquiao to design affordable homes.”

One of the issues around the acceptance of manufactured housing in the U.S. is the fear of homogeneity, one that Antonio clearly does not share. “We aspire for the marriage and convergence of beauty and architecture, of course.” he mused.

“What’s great with our business model is that we get to partner with revolutionaries from different fields and backgrounds. Yes, we have Pritzker-winning architects, but we also have musicians, designers, celebrities, and visual artists, all of whom bring specific designs and technique to the table. They lend us their genius and vision, which allows us to create a wide variety of structures.

“That is why it is important for us to have more partner revolutionaries, so we avoid homogeneity. At the moment, we now have nearly 90 revolutionaries and we want to hit 100 by the year 2020.”

If Antonio could have his way, he would add Frank Gehry, legendary avant garde goddess Yayoi Kusama, and architectural materials innovator Shigeru Ban to that list.

“We always look for people who are disruptors in their chosen field. They may not necessarily be old guards, but their works are thought provoking and they create buzz. We want to partner with designers who will elevate our structures to a whole new level with their creations and concepts.” 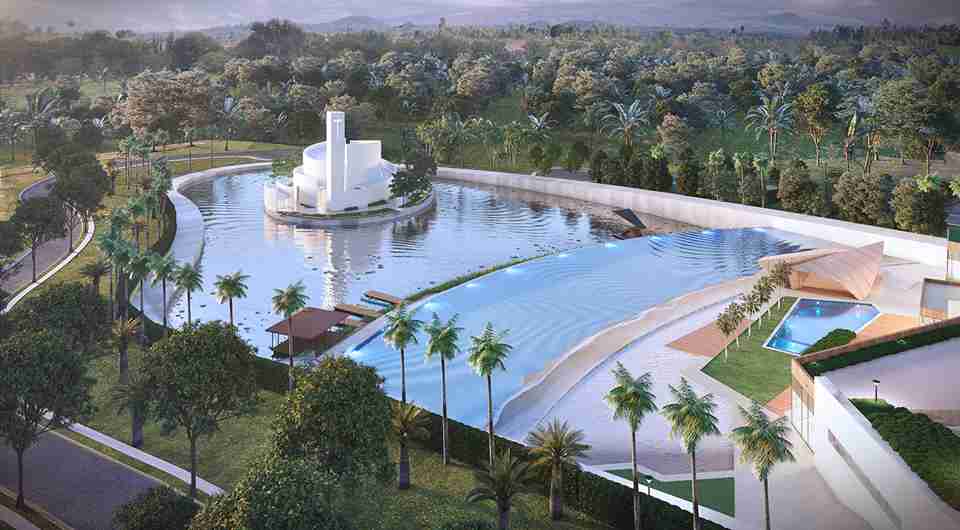 And while Antonio has reached dizzying heights with the success of Revolution Precrafted, he doesn’t want to rest on his laurels. In fact, Robbie is taking on new challenges. Just this month, he unveiled his new company called Renegade, a marketplace of celebrity-curated franchising and licensing concepts including HITT Boxing Gym by world boxing icon Manny Pacquiao. Renegade also developed a new spa and salon concept with Supermodel Helena Christensen and designer Camilla Staerk.

In the coming months, he is set to unveil two new companies, namely Relevant and Renaissance, which capitalize on Antonio’s unparalleled knack for creating celebrity and brand-focused businesses.

Relevant is an aggregated influencer e-commerce and media company while Renaissance is envisioned to be a marketplace for celebrity branded home furnishing and products.

“We are expecting a lot of great things to come from these new companies. We are approaching these new business units with the same intensity and passion that we had for Revolution Precrafted, so our hope is for these companies to also reach unicorn status. When that happens, maybe I’ll find time to breathe a little before putting my sights on new business concepts ,” Robbie said.

Revolution is a collection of limited edition, pre-crafted structures, including homes and pavilions. The project unites 86 of the world’s preeminent architects, artists, and designers to create an exclusive series of prefabricated, livable spaces. With a network of cutting-edge technologies and cost-efficient production systems, Revolution is democratizing high-design and architecture by introducing designed spaces in exclusive collaboration with industry leading creatives. 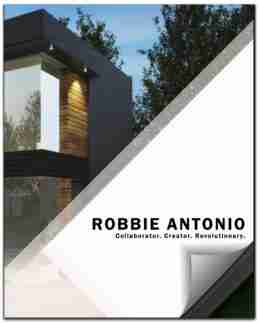