Since its inception in 2006, Redbubble has been on a mission to serve artists. 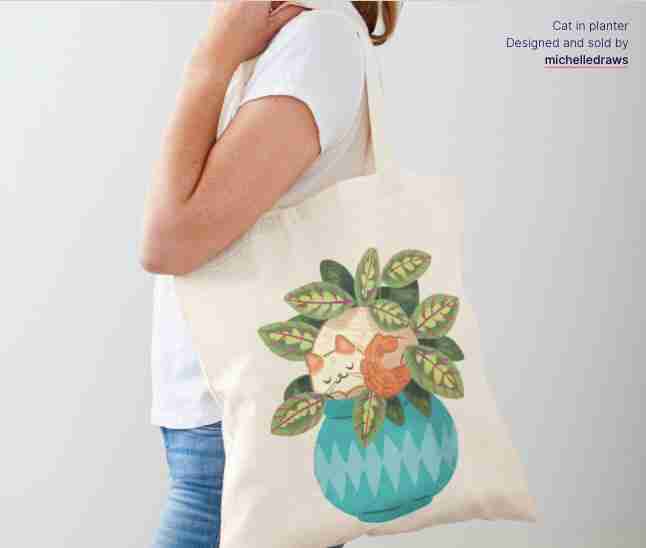 The global online marketplace for print-on-demand products has come a long way since its humble beginnings, but its pursuit remains the same.

“Our mission is to create the world’s largest marketplace for independent artists and to bring more creativity into the world,” says Redbubble CEO Michael Ilczynski.

Ilczynski was appointed to lead the Australia-based Redbubble in January as the company worked to navigate the ebbs and flows of the COVID-19 pandemic.

Despite the challenges that the global health crisis brought, artists on Redbubble were able to earn more than $100 million in the 2021 financial year — a number Ilczynski says he wants to see more than double going forward.

“To achieve those aspirations, we’re going through a period of disciplined investment and rapid experimentation to really build and scale the business both for artists and of course for customers,” Ilczynski said.

To achieve its goals, Redbubble will only need to continue to do what it does best: connecting artists with eager consumers and a global 3P supply network.

“I think what really distinguishes the Redbubble marketplaces is the scale that the platform is able to bring to the artist in terms of both the consumer demand that comes onto the marketplaces and also the scale of the fulfillment network that those artists can connect to,” Ilczynski said.

The company is hoping to “more than double” the impact and earnings for artists who sell with Redbubble, according to Ilczynski, who says the company is dedicated to investing in artists and itself. 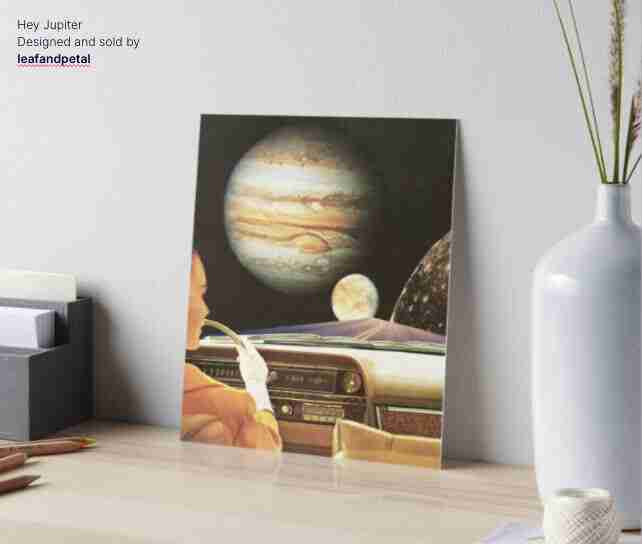 What differentiates Redbubble from other online marketplaces is how it operates on a three-sided flywheel, unlike the traditional two-sided flywheel used by similar companies.

“On one side we have the artist and their designs and the products that they choose to sell those designs on. In the middle we have consumers who come and purchase the products featuring those designs. And the third aspect, which is relatively unique, is third-party fulfillment and logistics networks that make and deliver every single order on demand,” says Ilczynski.

Redbubble also actively works to limit the platform’s environmental footprint by helping artists to have orders made and shipped close to where they are to ultimately be delivered. This also helps limit shipping time and cost for customers, Ilczynski notes.

One benefit of having a three-sided flywheel is it acts as a mutually beneficial springboard for all facets of the company, from the artists to the consumers, all the way down to the third-party fulfillment centers. 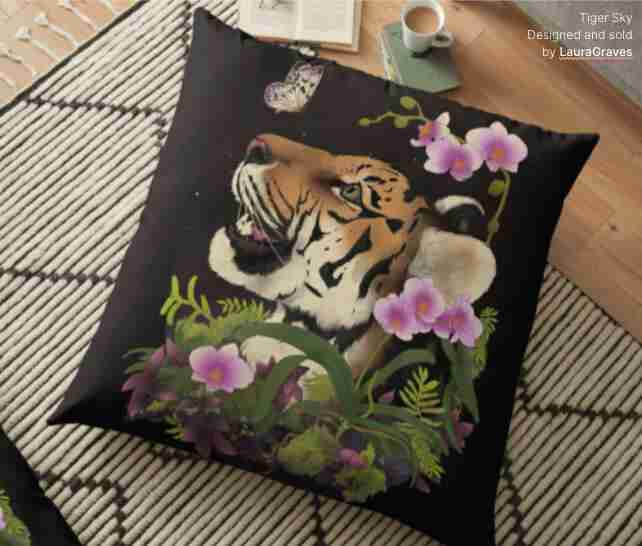 Ilczynski came to Redbubble after more than 13 years at Seek Limited, a Melbourne-based human resource consulting company . Ilczynski had a number of different roles at Seek but was most recently the company’s CEO of its Asia Pacific & Americas regions.

Ilczynski helped build Seek from 150 employees in Melbourne to a business of over 3,000 people across 11 countries — the type of growth he says he hopes he can now bring to Redbubble.

“In coming into the Redbubble Group, we only have about 300 employees across Redbubble operating in four distinct locations,” Ilczynski said. “It feels very similar in terms of those scale-up experiences.”

The potential for massive growth is not far-fetched given the success Redbubble continues to have connecting artists with customers, boasting a 40% compounded annual growth rate over the past five years.

Choosing to sell on Redbubble gives artists instant access to millions of consumers around the globe with effectively zero cost and zero risk, says Ilczysnki. 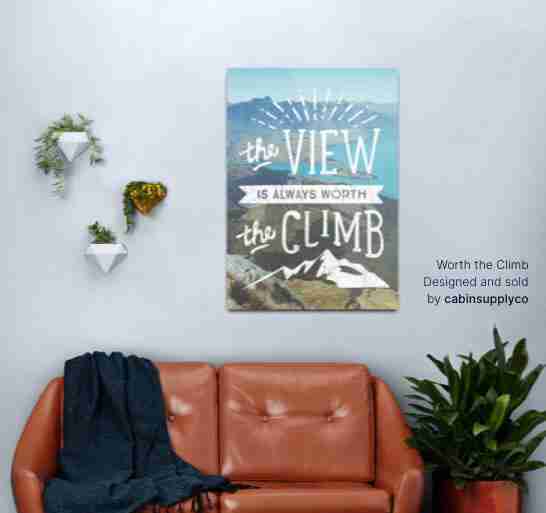 “Products designed and sold by them are made available to millions of consumers each month and then they can be fulfilled on-demand through 44 fulfillment locations in the third-party network that can serve consumers across most of the largest Western markets,” he said.

Redbubble has also been busy adding more products to the platform such as home decor, throw cushions, tech accessories, and hats.

“There is genuinely an increasing consumer demand for more meaningful products, for products that demonstrate their interests or the tribe that they belong to, and says something about their person,” he says.

The onset of the pandemic brought its fair share of challenges, and, despite Redbubble initially seeing a drop in sales and traffic, everything began to turn around quickly as customers moved to shop online in unprecedented numbers. 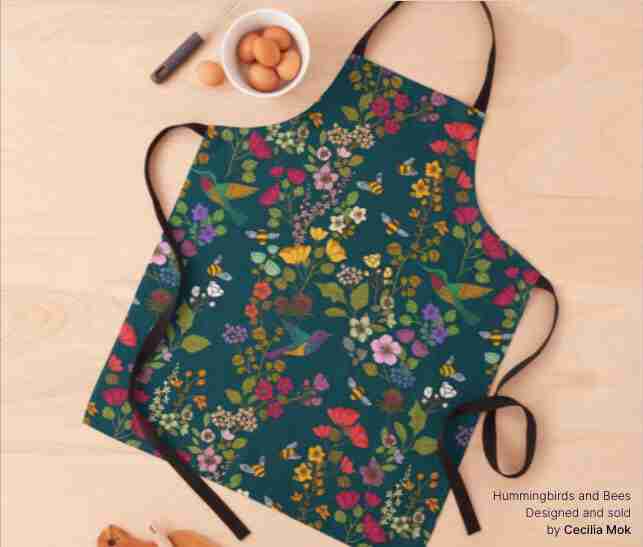 Ilczysnki credits this to an increasing trend of consumers doing their shopping online. The company also started selling masks, which were a popular product at the time.

“That helped people who wanted to buy masks that brought a little bit of joy to an otherwise awful situation,” he said.

The pandemic also brought some shipping challenges, but the diversified global network of third-party fulfillment centers were able to keep up with maintaining strong operations in the face of surging demand.

Ilczysnki said he is also proud of how Redbubble was able to do its part in helping provide additional income for artists who were negatively affected financially by the pandemic.

“I’m really proud of the adaptability and resilience of the team,” he says.

Redbubble is still operating in a work-from-home format, but Ilczysnki says he is excited to get to a more hybrid format, though he maintains that operations will continue to be flexible moving forward. 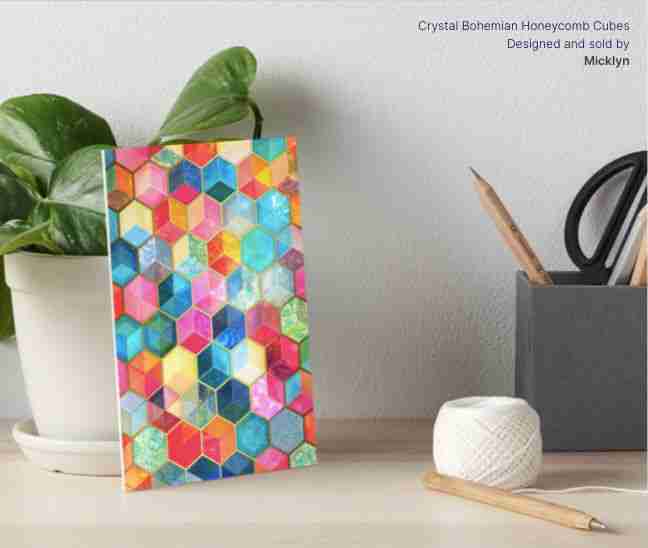 Whether at home or in the office, as the world begins to get back to a sense of normal, Redbubble looks ready to continue leading the way for artists and customers to connect.

“Artists don’t need to spend money on marketing. They don’t need to worry about how they’re going to deliver, or fulfill,” Ilczysnki said. “The platform takes care of all of that for them.”

Redbubble is a marketplace of over 750,000 independent artists — a global community of creatives making everyday products weirdly meaningful for millions of passionate fans and customers.

Our teams in Australia, the United States and Germany work hard to make sure their art is discovered, purchased, appreciated, and shared everywhere.

No matter what you do in the Bubble, you can feel good knowing that you make it possible for creative people to connect with other creative people through designs they love and monetize their profession and life-long passions.

We value open-minded, open-hearted teams, who reflect a diversity of experience, identity and perspective.

Our differences make us smarter, and inclusive working cultures are healthy cultures.

We work hard to sustain a culture of belonging that promotes, advances and celebrates diverse identities and voices.

We are committed to building a workforce that reflects the artist and customer communities that we serve.

Bringing more creativity into the world takes all the crayons in the box, and we’re excited to hear from you! 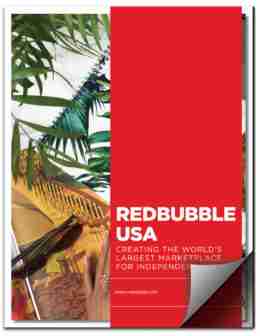