Carbon dioxide is polluting our planet, contaminating our atmosphere and contributing to global warming. 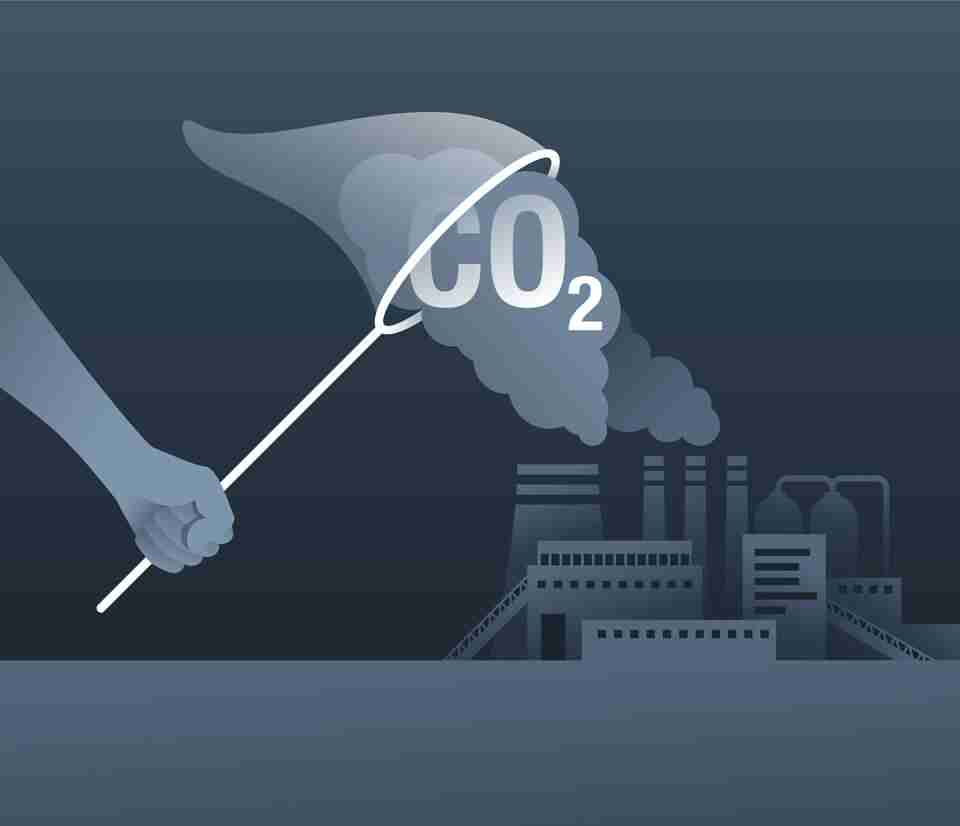 Humans are to blame, mostly, with our earthly activities producing five times more CO2 than nature can handle.

With governments on edge and polar ice caps continuing to go the way of Frosty in a greenhouse, the need to get climate change under control is becoming increasingly critical.

There is still time, however, and technology exists that can actually recapture, recycle and repurpose carbon dioxide emissions to help reverse the effects of global warming.

But are big CO2 producers willing to buy in?

“A government has to be creative — to invent a way of making this inevitable, making companies and businesses clean up their carbon emissions instead of putting them in the atmosphere,” Stuart Haszeldine, professor of carbon capture and storage at the UK’s University of Edinburgh told Horizon. “The cleanup has to become normal.” 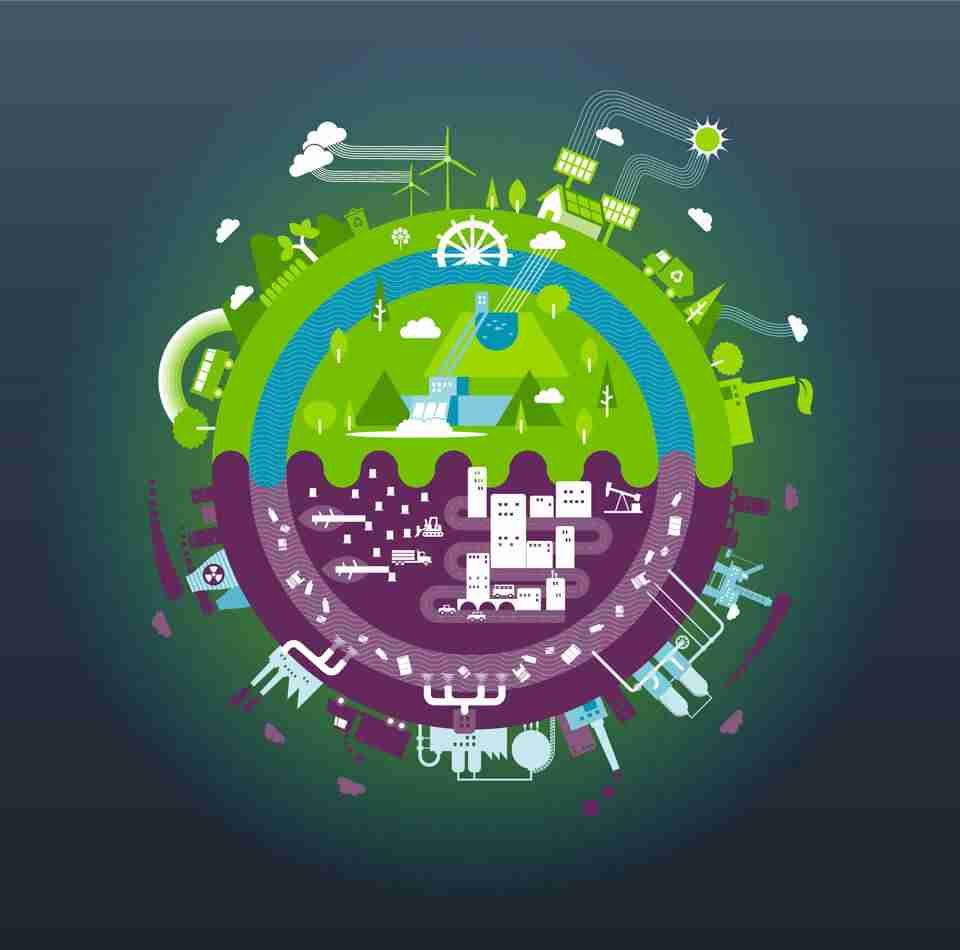 Carbon dioxide can be captured through either direct air capture or what is called bioenergy with carbon capture and storage (BECCS). The former captures the CO2 after it is in our atmosphere, while the latter collects it at the source.

Using BECCS, carbon dioxide released from industrial smokestacks or power plants is captured before it reaches the atmosphere and stored underground or in products with long lifespans, like concrete.

Direct air capture, meanwhile, uses a process called chemical scrubbing to capture CO2 from ambient air already in the atmosphere before storing it similarly to BECCS.

Haszeldine suggested to Horizon that industries which produce an abundance of carbon dioxide emissions should be mandated to invest in these carbon-capturing technologies and recycle a percentage of the CO2 they produce.

“The policies we’ve got at the moment are good for starting off on the journey, but they … definitely don’t get to the endpoint of the journey,” Haszeldine said. “There are ways of achieving these goals, but we haven’t been bold enough to do them.” 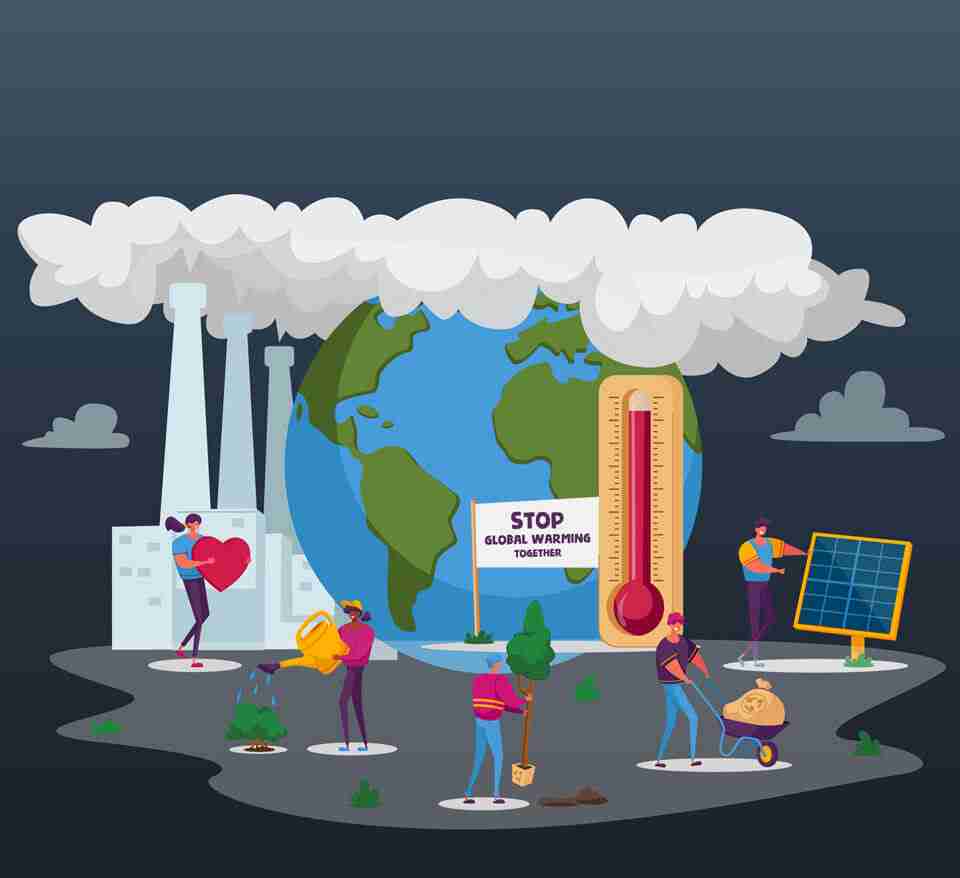 The onus to clean up CO2 pollution isn’t entirely on the companies causing it, either. Consumers are under the microscope to shoulder the load as well, and accepting products made with recycled carbon dioxide may be the key to success.

A recent survey conducted with 2,000 participants found that while most people don’t know much about carbon capture technology, the majority are willing to learn.

“We need products for the way we live — and everything we do has an impact,” Katy Armstrong, manager of the Carbon Utilization Centre at Sheffield University in the UK told the BBC in 2019. “We need to manufacture our products without increasing CO2 emissions, and if we can use waste CO2 to help make them, so much the better.”

Whether they would definitely be willing to use products such as carbonated beverages, furniture, shatterproof glass and plastic food-storage containers created using captured CO2 was a different story.

According to the survey, 19% of people said they would definitely be willing to use a product made by capturing carbon emissions, 36% said they probably would, while 21% said they were not sure.

“I think it (the CO2-based product sector) has very high potential and could be an important part of the climate mitigation tool kit,” David Sandalow, a fellow at Columbia University’s Center on Global Energy Policy, an affiliate of the Earth Institute and co-author of a report on CO2 utilization, told Columbia Climate School in 2019.

Among the products included in the survey, the one with the lowest amount of approval was carbonated beverages, with one-third of respondents concerned about potential health risks.

As it stands, products created using carbon capture technology undergo the same safety regulations as other more traditional materials used in both consumer and food products. That includes filtering out any potentially harmful pollutants.

“If we had genuinely marketable products using CO2, that could be transformational with respect to carbon capture technology,” Sandalow told Columbia Climate School. “There are challenges, but I think with enough investment and enough commitment, many of those can be overcome.” 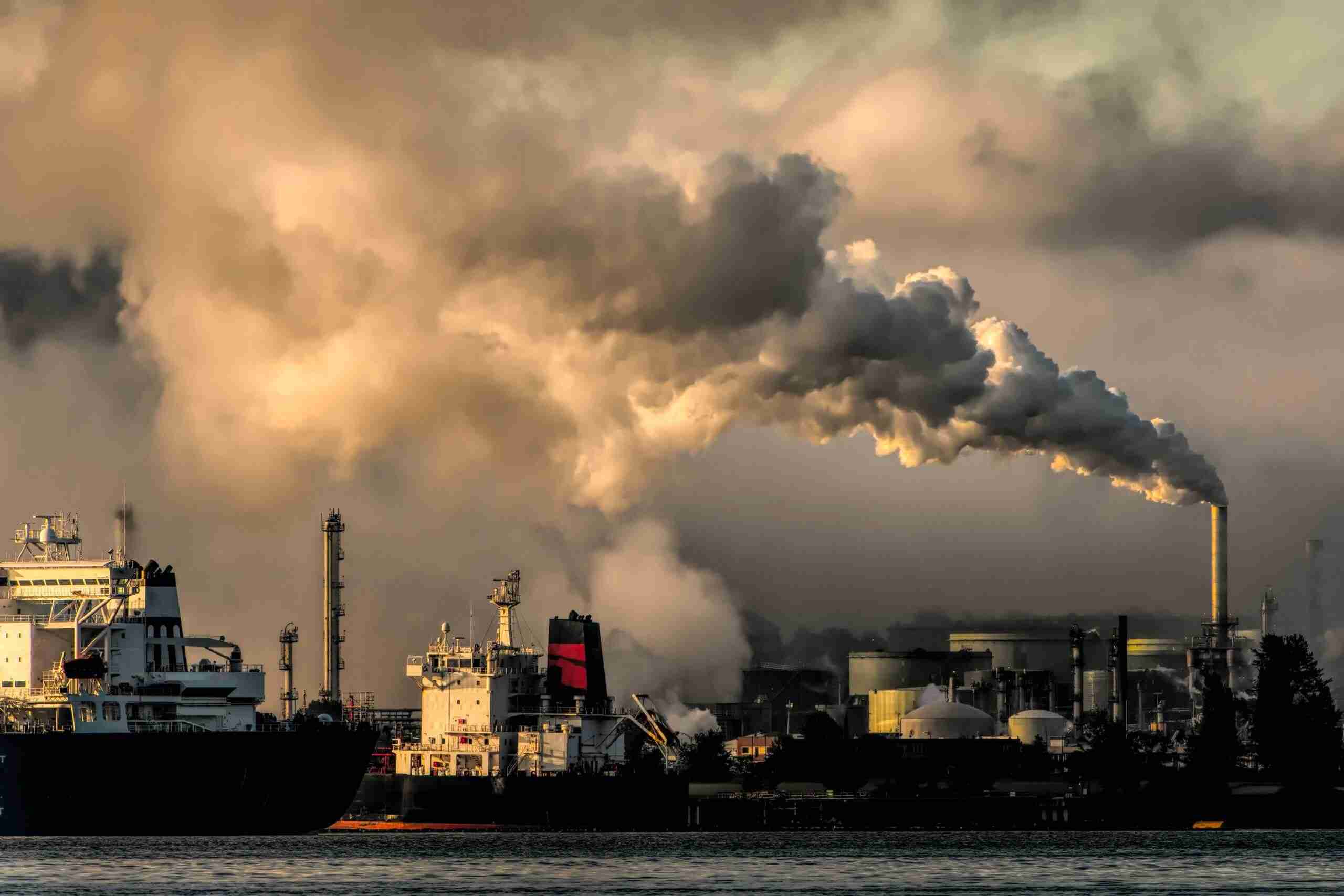 While it may take some time for consumers to come around to the idea of recycling captured carbon, the method has received bipartisan support in Washington.

The Utilizing Significant Emissions with Innovative Technologies (USE IT) Act was passed by the Senate in July 2020 as part of the National Defense Authorization Act.

The USE IT Act called for contributing to carbon utilization and direct air capture research while supporting state, federal, and non-government cooperation with construction and development of utilization, carbon capture, carbon dioxide pipelines and sequestration facilities.

U.S. Sen. John Barrasso (R-WY), chairman of the Senate Committee on Environment and Public Works (EPW), reintroduced the USE IT Act and said it was up to members of congress to lead the fight against climate change.

“Congress needs to help make American energy as clean as we can, as fast as we can, without raising costs on consumers,” Barrasso said. “The USE IT Act will promote the long-term use of Wyoming’s natural resources and help make America more energy dominant. This bill supports groundbreaking innovation to address climate change.” 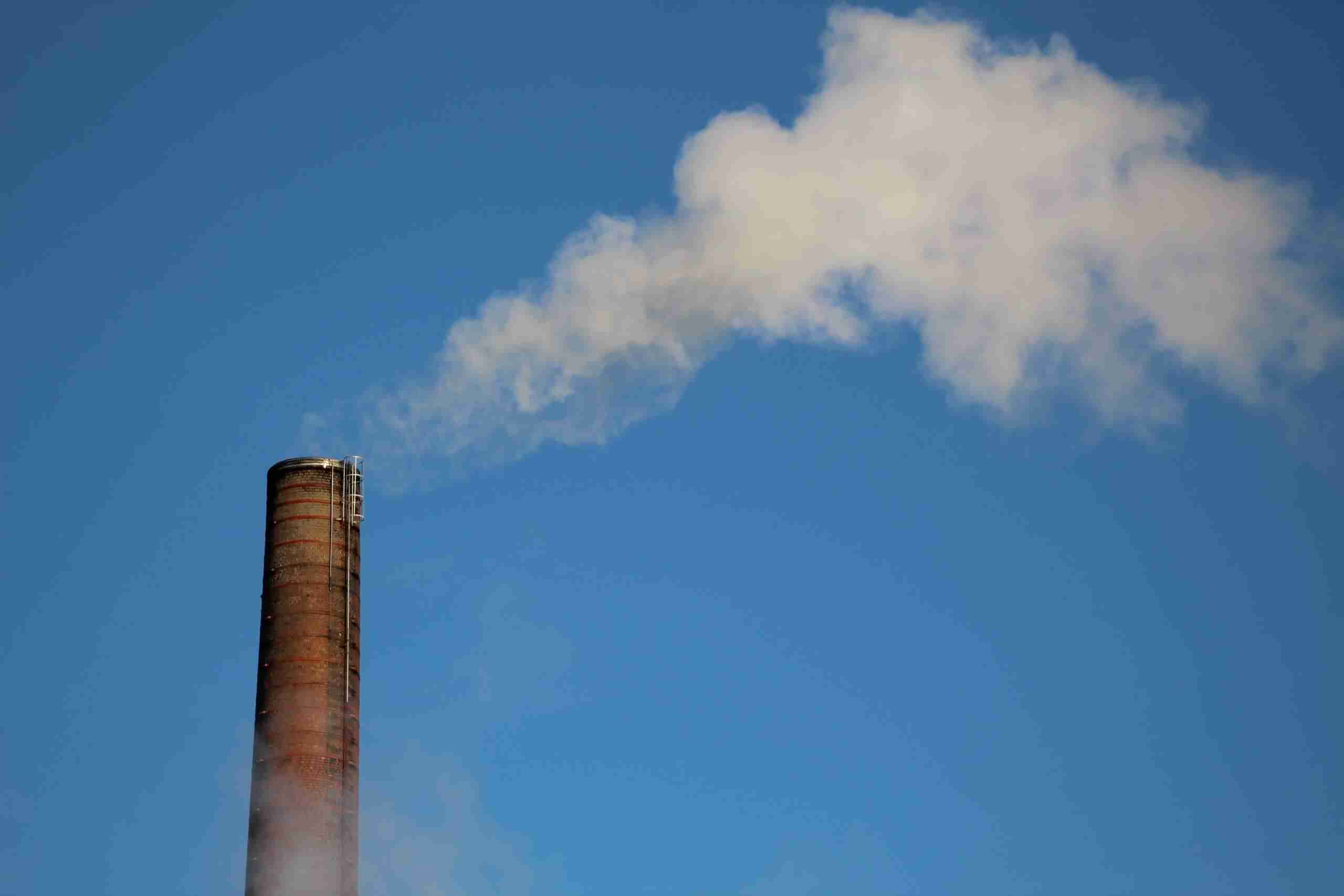 With the government on board, it is up to consumers coming around in full to what carbon recapturing has to offer.

Companies, such as Coca-Cola, are doing their part to educate the public on misconceptions about recycled CO2, with a subsidiary of the beverage giant piloting a project showcasing direct air capture can be used to make drinks.

Another business, Unilever, has teamed up with partners to show how a carbon-dioxide based ethanol can be used to replace fossil-based ethanol to manufacture more environmentally friendly laundry detergent.

It may take an all-hands-on-deck approach to get widespread acceptance, but, with the proper education, we appear to be on the way.

The future of the planet may depend on that we are.