Raising the Bar on Rebranding Strategies—Exclusive Interview with Jon Taffer

The first public building in what was to become the United States of America was a church. The second was a public house—a bar in... 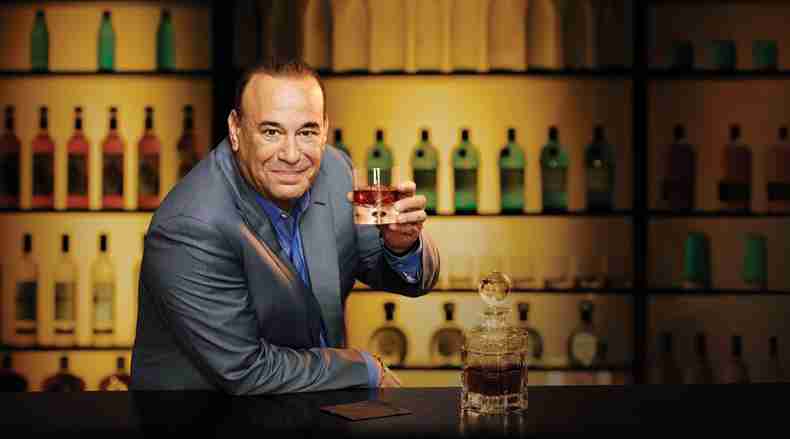 The first public building in what was to become the United States of America was a church. The second was a public house—a bar in today’s language.

Alcohol, the atmosphere of a public drinking place, and the inevitable hangover are parts of the foundation of this country. No one understands this better than Jon Taffer.

You probably recognize the name even if you aren’t already a fan. Taffer is the host and brains behind “Bar Rescue”, the Spike TV show where the industry expert helps transform struggling bars into profitable businesses. He’s founded, flipped, or owned more than 600 bars and clubs in his career, making him the preeminent voice of the hospitality space.

He was in a rainy Phoenix and filming an episode for the fourth season of his hit show when I had the chance to talk to him about the show, his expertise in business, and a new exciting venture for the Taffer brand.

But before we talked about “Bar Rescue”, I wanted to know where he found his passion for the hospitality industry. What I didn’t expect to hear was that it all started when he was a political science major in college, when he thought he would go into politics. After finding a love for cultural anthropology—specifically an interest in primate and human behavior—and tending bar in college, these life aspirations shifted. 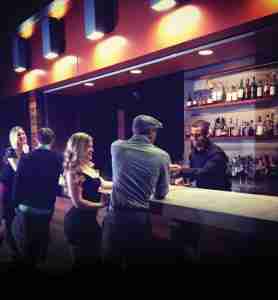 It turns out bars, restaurants, and clubs are great places to observe human behavior. As he quickly moved up the ranks and through the restaurant and hotel industry, and learned more about the market—which is driven by human reactions—Taffer knew this was where his passion met his expertise.

What he couldn’t predict, however, was the success of “Bar Rescue”.

“I thought we were going to make a pilot, and that was it. Then I thought we’d film just a couple of episodes. Then I figured we’d be cancelled after a season. I never would have thought we’d make it this far.”

People connect with the show—its drama, its problem solving, and the final reveal of the new and improved bar and staff. But the biggest draw is Taffer himself.

It’s easy to misconstrue Taffer’s aggressive and often unforgiving demeanor on the show as plain old meanness, but that’s not the case. His passion for the industry, for doing things the right way, and for providing a unique brand experience are what underlie the attitude.

“These people own businesses, take risks, are in debt up to their eyeballs, and often have their house and family life on the line,” he said. “They have made thousands of bad decisions to get them in this hole. I show up and have to change the fundamentals of how they make decisions. I have two and a half days to learn how they think and change it. You can’t play nice with those terms.”

The key to the show is creating a new brand identity for the bar—one that patrons see as unique and authentic. Each week is a new challenge to make sure the rebranded bar isn’t like any of the other 100 or so Taffer has helped revitalize on the program. When redesigning, he always looks for one characteristic—a “thread”—that he can build the design, menu, and atmosphere around.

But according to Taffer, most people don’t understand what the heart of branding actually is.

“At the end of the day, a brand is as emotional as it gets. A brand has attributes that a consumer connects with. It’s about how someone feels about it—it’s not factual, it’s abstract and based on human reactions.”

Now that you know it all boils down to human reactions, why should you and your business take advice from some guy on TV?

As it turns out, Taffer’s success rate is high—very high, in fact. Most wonder if these bars, in this rapid transformation format, can make it long-term. An independent source (Bar Rescue Insider) evaluates the businesses down the road, finding a 75 to 80 percent success rate. In an industry where hundreds of bars and restaurants close down every year, that’s an incredible statistic.

Bar Rescue isn’t just entertainment, it is a fascinating study in rebranding.

For those of you out there that are considering rebranding your business—or you are in the midst of a rebrand—Taffer might just have the information you need.

A rebrand isn’t about changing the colors or look of your logo just for fun, or because you think it’s time to shake things up: the decision should be anchored in the want or need for a better customer experience. 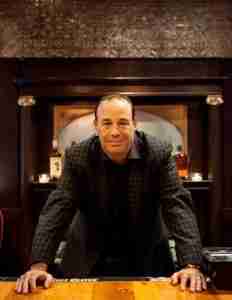 “Does the product connect with the customer on the right level? Does the customer have a pleasant purchasing experience? Do the logo and other physical attributes of the brand blend with the other tentacles of the beast?” Taffer asked in rapid-fire style. “These elements together create a brand. If there’s any level of disconnect, it’s time to make a change.”

In the hospitality industry—and specifically in bars and restaurants—Taffer has a foolproof method of figuring out if it’s time for a rebrand.

“When your food gets to your customer’s table, do they put their phone down, stop conversation, and sit up? If they barely acknowledge the arrival of their food or drink—if they are not excited about the prospect of your product—then you’re not doing something right.”

Taffer hasn’t just kept his industry and business experience to himself after all this time. After 30 years of seminars and 1000s of speeches over his career, Taffer has become the voice of the hospitality industry.

Four years ago, he did five events on a “Rescue” tour, where he shared information pertinent to those businesses in need of dire help. Tickets were 300 bucks a head and each event sold out—quickly.

This is how Taffer Virtual Teaching (TVT) was born. He knew if he had a venue to share his wealth of knowledge people would take part, but avoiding use of the word “training” was at the top of his priority list.

“Training is a dirty, boring word. When you tell your employees they have training, they stop paying attention. ‘Online training’ sounds even worse,” he said.

Taffer took it on himself to reinvent online training. He wanted to create an interactive online program where instead of dreading the next slide or video, you looked forward to the lesson.

“The objective was to figure out a way to share boring information in a fun way. I spent $2 million of my own money, and threw three or four versions away before we got it right,” Taffer said. 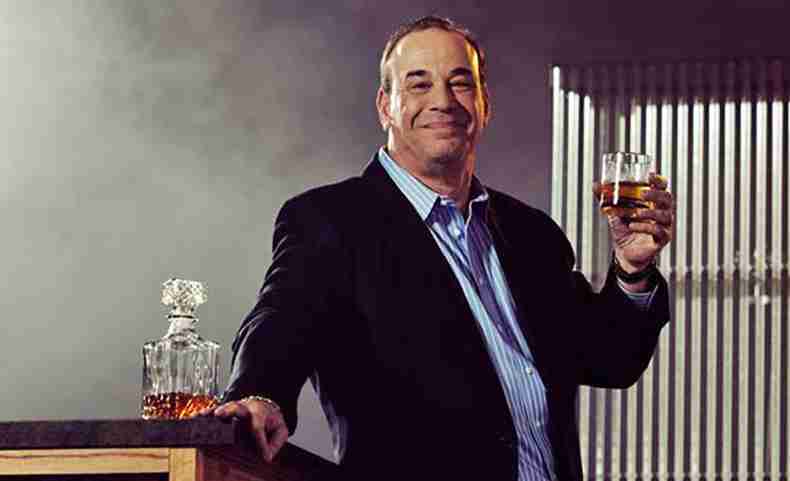 TVT is the end result. Seven months ago his team had a breakthrough, and now the online learning platform is ready to launch. Taffer shared that the program is completely interactive, with a great balance of the “boring” content, animations, graphics, and humor that will “actually make you laugh”.

For the restaurant or bar owner who is looking to improve their business and their sales, TVT offers information on sales promotion ideas, menu design, increasing guest counts, managing sales, hiring secrets, and ways to increase revenue.

“I love this industry,” Taffer said, although it shouldn’t come as a surprise to anyone. His entire career has been spent establishing himself as an industry leader—first learning the ins and outs, then establishing his own locations, and cultivating success throughout his field.

It makes sense for a man fascinated by human behavior to become an expert in a field and industry where human reaction is your brand.

“Seventy percent of people walking into a building take a right turn,” Taffer said. “If I can make them take a turn left, I’m doing something right.”

“Entrepreneurship is tough. They put a lot on the line, and success doesn’t come easy. If you’re starting a business because you think you can make more money, don’t. But if you’re passionate, prepared to take the pain to get there, and it’s a personal mission to you, that’s when you’re a true entrepreneur.”