RailWorks: Transformation on the Tracks

Moving railroad construction into a fantastic future is the RailWorks mission.

Moving railroad construction into a fantastic future is the RailWorks mission.

With apologies to Casey Jones and railroad engineers everywhere: it doesn’t matter how fast your train can move without reliable track infrastructure to keep it on course. Few organizations understand this as well as RailWorks, an enterprise that is fast becoming the leading railway track construction and maintenance provider in North America.

Today, with a tech-savvy CEO at the helm, the New York-based firm is poised to revolutionize the entire industry.

RailWorks’ track companies focus on  Class 1 and regional railroads devoted to moving enormous freight trains, and large industrial companies and commercial enterprises that have their own rail infrastructure.

The balance of these distinct niches shields RailWorks from market shifts.

“I’m not aware of any [company] that does both track and transit, but RailWorks does,” he continued. “This makes us flexible to work in different markets. As the transit industry goes up and down, it is balanced by track.”

RailWorks’ ability to scale from small projects to massive ones gives them a unique competitive position.

“The traditional business we do is very steady business and it will continue to be steady, so when I look at the growth opportunities that we have, I always look at technology,” he asserted.

New Times in the Switching Yard 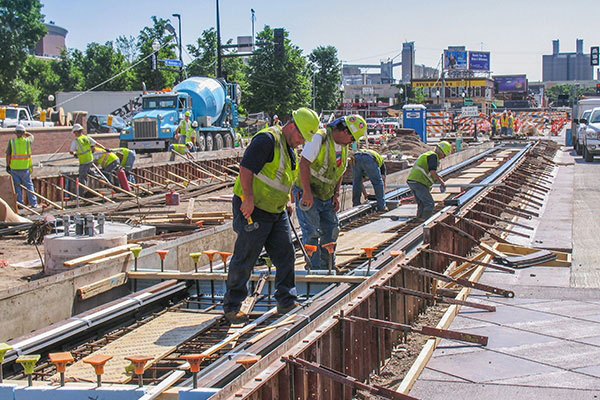 Riddett’s career path has been defined by technological development. At Siemens, he ran the Mobility Division, overseeing the firm’s intelligent traffic management systems and rail services. He stepped out of the rail industry to become President and CEO of the North American tire and global fiber optic businesses of legendary tire maker Pirelli.

Straddling the high-technology world of global railway construction and traditional North American rail construction gave Riddett a unique perspective on the industry that he is leveraging at RailWorks.

“The U.S. rail industry is behind the tech curve,” he said. “The technology that’s being deployed in train control and signaling outside the U.S. is at least a generation ahead of what we see in the U.S. today, maybe two.”

Communication-based signaling is standard in Europe and other countries. The European Rail Traffic Management System (ERTMS) railway signaling management is credited with increasing the safety and efficiency of the European Union’s (EU) cross-border train system by establishing an EU-wide interoperability standard for rail control and command systems.

“Across all of Europe you can drive one train when it has the same technology, but so far we have very little technology deployed in the U.S. There’s one communications-based train control (CBTC) system in New York City, which is a RailWorks system,” Riddett noted.

Risk-averse railroads continue to invest in traditional, safety-proven technology driven by cumbersome mechanical hardware instead of the controllers and software used successfully in the ERTMS.

“All the lines are over capacity; they can’t add new subways. […] They can’t add more stations. They can’t make platforms larger. The only thing they can do is to run trains closer together, and the only way to do that is by using state-of-the-art technology.”

CBTC signaling technology allows operators to know precisely where every train is at any time, arming them with critical information such as braking profiles and approach positions to control and optimize the flow within the transit system.

“A train system is a fixed guideway: you can’t add more length. You can’t add more tunnels—you can only run the trains closer together. That has finally pushed this industry to say we have no choice now but to deploy this new tech,” he reiterated.

Throwing the switch on transformation won’t be easy, but Riddett has the vision and a superior engineering and technical staff to get the job done. 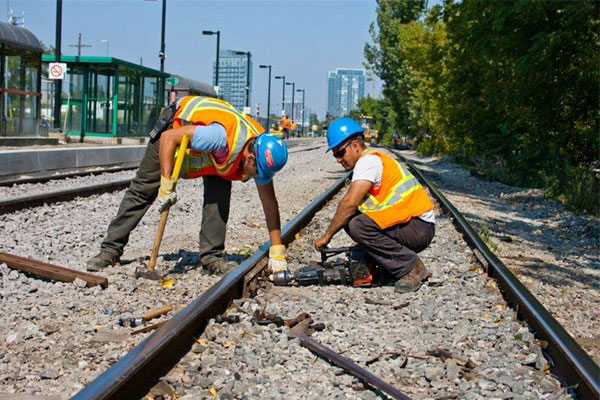 A company under the RailWorks umbrella specializes in supervisory control and data acquisition (SCADA) and communications systems.It will undoubtedly become a focus of RailWorks’ technological growth.

“In the railroad industry we have to start a dialogue about what data analytics means. We gather a lot of data out there—rail fatigue data, rail profile data, tie profiles, ballast, broken rail—but nobody’s doing anything with it.

“We have this opportunity to create a data analytics model. There’s definitely a market, it’s going to be a big market in this industry, and somebody’s going to capture it.” That somebody, Riddett believes, is RailWorks.

RailWorks hopes to build a software-as-a-service (SaaS) predictive analytics model, a first for the U.S. track inspection sector. RailWorks’ geometry division uses sensors to gather rail condition data by the foot; an app would take the data they already collect to alert customers to failure points and recommend corrective action. “This is a big step in the industry,” he conceded.

“RailWorks is going to expand the perception of what a rail construction company is all about, from spiking rails to ties to managing complex data analytics or software solutions,” Riddett added. “We have a great market, a great opportunity. Will we be as great as I want us to be? We’ll see.”

Founded in 1998, RailWorks provides track and transit systems construction and maintenance services throughout the United States and Canada. With annual revenue of more than $700 million, RailWorks is a leading provider of integrated construction services for major transit authorities, Class I, and short-line railroads as well as commercial and industrial companies with rail infrastructure. RailWorks is a privately held company. 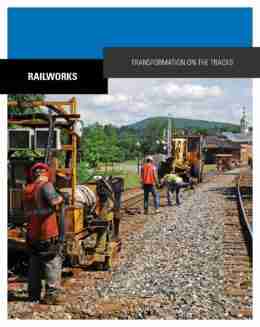 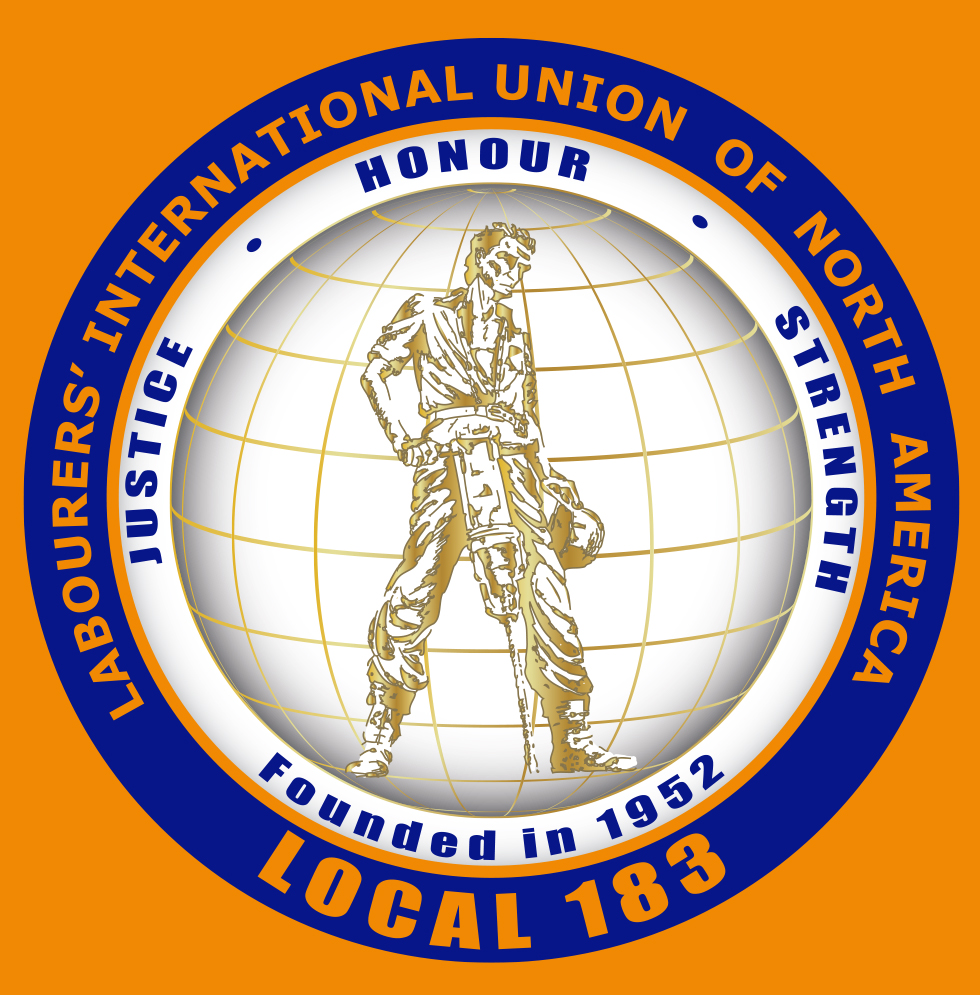 Moving railroad construction into a fantastic future is the RailWorks mission. With apologies to Casey Jones and railroad engineers everywhere: it doesn’t matter how fast...