Depending on how online you are, you might be the proud owner of an NFT collection, or you might still be fuzzy on the entire concept. Whatever your opinion of them, there’s no denying some NFTs are more useful than others. The most useful ones — aptly called utility NFTs — you might use without even realizing they’re NFTs. 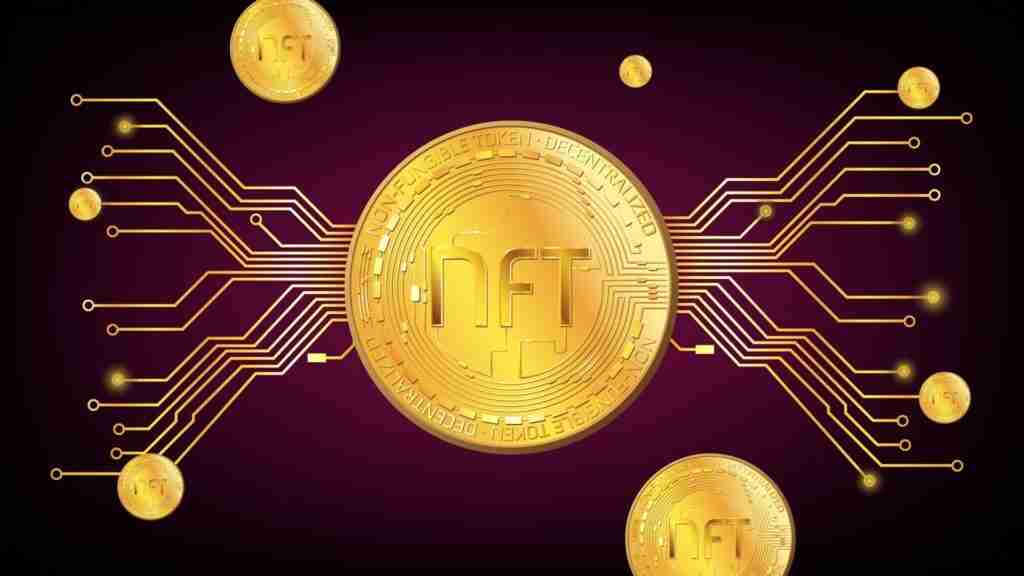 “They’ll be in our day-to-day lives without us knowing it,” Looking Glass Labs CEO Dorian Banks told BOSS. “It’ll be a Ticketmaster ticket and it’s actually an NFT.”

In other words, they’ll take the place of event tickets, with the security of a blockchain wallet that unlike a PDF can’t be printed multiple times. In that way, a uNFT truly lives up to the non-fungible promise that gives NFTs their name and selling point. It can also provide more of a lasting experience and value for the bearer as a souvenir.

The whole point of an NFT is to be a collectible, something you can show off. You (or your children) might collect uNFTs the way people used to collect ticket stubs back before they were just a PDF with a bar code in your email. They come with the nostalgia of memorable games or concerts with the power of Web 3 technology.

“They might have some type of art to them as well,” Banks said. “If you went to a Lakers game and if your Lakers ticket is actually an NFT, it might be a static image prior to the game, then once you go in and scan your QR code to get into the game, maybe it changes to an animated ticket at that point. It’s been modified on the blockchain to show that you were at the game.”

While your Bored Ape might be slightly different from someone else’s, a uNFT allows for much more personalization and interaction. For example, Banks said you can make a uNFT ticket to a private dinner. Once you put your ticket in your wallet, you receive a second one that you must give away. The first uNFT creates a second, and it snowballs from there until you have a nice dinner party and a token to remember it by.

Much the same as in the physical world, uNFTs will also serve as your entry ticket to concerts, art shows, and other gatherings in the metaverse. You’ll be able to flip through your digital wallet and reminisce.

Beyond the basics, what really has Banks excited about the utility in uNFTs is the chance to “revolutionize the entertainment industry going forward and really democratize it.” That comes in the form of GenZeroes, a live action NFT series with Looking Glass Labs’ House of Kibaa studio producing and Aleks Paunovic starring and serving as an executive producer. To watch, viewers will purchase an NFT on the House of Kibaa website. GenZeroes tells the story of 10 factions humankind has separated into on a ruined Earth 200 years after aliens ravaged the planet. Each faction has a differing vision on how humanity should move forward.

Rather than pitching the show to a studio or streaming service, House of Kibaa crowd-funded the project, selling 10,000 to fans and raising more than $6 million. Episodes will come in chapters of 6-8 minutes. NFT owners can watch the first four (of 10) chapters as soon as they’re ready. They’ll also go to streaming services that might want to finance longer, more extended episodes.

“Instead of having a script or some storyboarding, we’re showing up with the real actors, the real directors, producing real videos they can review,” Banks said.

They’ll also have proof a built-in audience of token owners, who will not only see the chapters before anyone else, they’ll be able to make some money on their investment should a streaming service pick up GenZeroes as a feature-length series. The extended universe will go beyond the show.

“We’re also dropping NFTs around each chapter, so there’s a collectible,” Banks said. “We’re also doing a digital comic book that comes after that 6-minute chapter” continuing the story.

In one example of how the uNFT adds depth to the story, Banks said there’s a scene in which a character listens to a message. The exact contents aren’t revealed, but the viewer can get the gist. If they want to know exactly what the message says, though, viewers can buy an inexpensive NFT of the message in full, complete with a holographic view of the person delivering it.

It brings together the best of TV, comics, and sci-fi, and introduces a whole new level of fandom.

While you might get limited return or entertainment value out of a standard NFT, utility NFTs will deliver something tangible. They’ll become such a part of daily life you might not even realize you’re using one.

“The staying power of NFTs is due to the fact that major entities will or have moved more traditional business to it,” Banks said. “Soon every major event ticket will be an NFT, maybe just not called an NFT. VIP memberships and other access passes will also move to being an NFT. Luxury and limited edition goods will also be initially sold as an NFT.”

If the GenZeroes project proves successful, they might even revolutionize entertainment.