The use of psychedelic drugs in mental healthcare — past, present, and future

The use of psychedelic drugs in mental healthcare — past, present, and future “To fathom Hell or soar angelic/ Just take a pinch of psychedelic.” This couplet, written in a 1950s letter from English psychiatrist Humphry Osmond to author Aldous Huxley, marked the first usage of the term “psychedelic.” The psychiatrist coined the term by combining the Greek words psyche (mind) and dēlos (manifest).

Osmond had been investigating the properties of LSD and mescaline as a potential treatment for schizophrenia and caught Huxley’s interest. When Osmond visited Los Angeles for a psychiatry conference in 1953, he visited Huxley and supervised him after he drank 0.4 grams of mescaline in a glass of water. The two maintained correspondence which led to a discussion of the experience of such hallucinogenic drugs and Osmond’s creation of the word psychedelic.

In the early ’50s, Osmond and collaborator Abram Hoffer conducted experiments treating alcoholism by administering doses of LSD. The results were so successful that Osmond’s experiments were endorsed by Alcoholics Anonymous and similar experiments were conducted around the world. However, after LSD made its way outside of labs and treatment centers and onto the streets in the mid- to late ’60s, it became associated with the counterculture and anti-war protests and was subsequently outlawed. LSD and other psychedelic drugs are still Schedule I drugs in the US, meaning they are viewed by the federal government “as drugs with no currently accepted medical use and a high potential for abuse.”

More than 60 years after Osmond’s experiments, and being targeted as drugs of abuse and shunned by mainstream science, psychedelic drugs are making a comeback as innovative ways of improving mental health and dealing with addiction.

While psychedelic drugs have shown promise in dealing with addiction and a variety of mental illnesses, there is still a lot that is uncertain about the treatments, including what makes them so effective. Currently, much of the attention is focused on the brain’s default mode network (DMN), which psychoactive drugs are known to affect.

The DMN is a relatively recent discovery in neuroscience that involves the frontal lobes as well as other parts of the brain which display large amounts of activity when people are not engaged in a specific task. It’s when the DMN is active that people daydream, reminisce, and think about themselves. Psychedelic drugs have been shown to suppress the DMN, essentially turning off the ego to make the brain more elastic and open to new ways of thinking — including breaking bad habits and avoiding negative thoughts about oneself. Speaking at Purdue University, Michael Pollan, author of the best-selling book, How to Change Your Mind, described having the realization that, “The ego is just this voice in your head trying to run the show, and you don’t have to listen to it.”

Psychiatrists have also discovered that the DMN is especially active in people who struggle with schizophrenia, depression, and anxiety. Thus, the administration of psychedelic drugs in a therapeutic setting with an experienced psychiatrist or other professional to serve as a guide (as Osmond did to Huxley) is being explored as treatment for a wide range of illnesses and addictions. 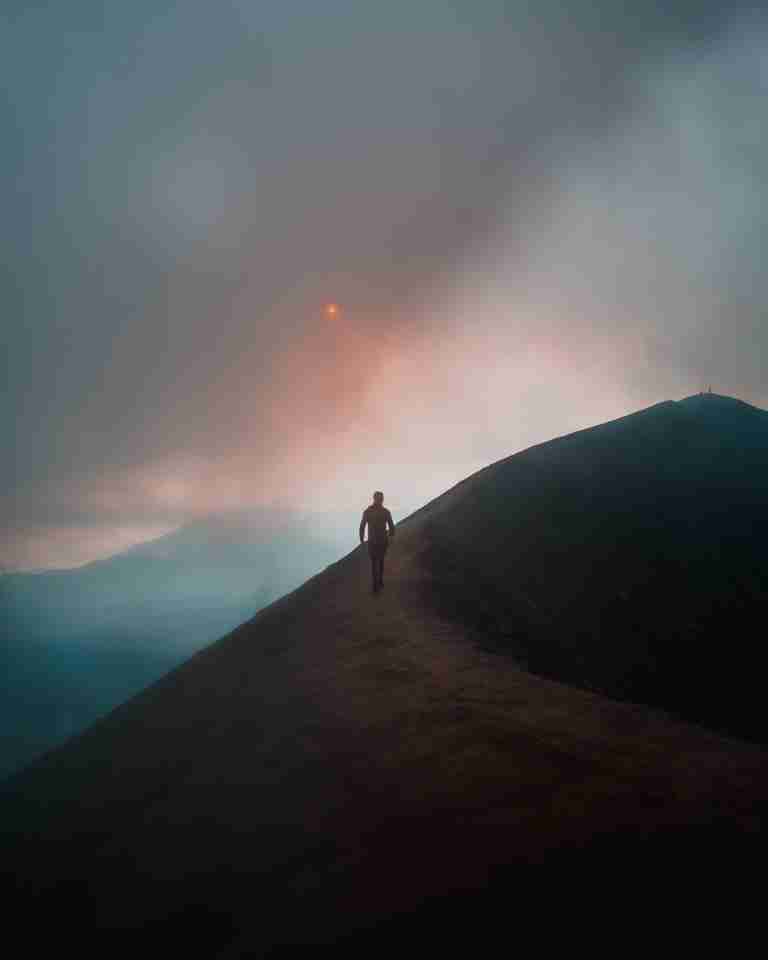 Although attitudes towards the therapeutic value of psychedelic drugs have changed over the years, it can still be difficult to find funding for research. As psychedelics are Schedule I drugs, most research projects involving them cannot receive federal funding, so it is up to the researchers to find private donors.

Fortunately for researchers and those who potentially stand to benefit from therapeutic psychedelic treatments, private organizations such as the Beckley Foundation, MAPS (Multidisciplinary Association for Psychedelic Studies), and the Hefter Research Institute have contributed to the advancement of scientific studies in the field. Even so, the research is typically limited by small sample sizes which, combined with the difficulty in conducting a double-blind study using psychedelics, makes it hard to determine with certainty that the drugs alone are responsible for any effects.

Such limited studies have shown that there seems to be a strong correlation between the use of psychedelic drugs in therapy and overcoming addiction, depression, and more. Most participants in the experiments described a “mystical experience,” ranging from seeing God to feeling more connected to Earth that provided them a new perspective.

Similarly, a 2014 study that looked at neural imaging of brains on LSD showed a significant increase in connectivity between different sections of the brain. They were attempting to discover what made the drug cause hallucinations, but they may have discovered why psychedelics are effective at dealing with depression and addiction. The researchers explain that the cause of many disorders is the brain becoming “entrenched in pathology.” Increased communication in the brain can help overcome certain disorders “by dismantling the patterns of activity on which they rest.”

Whatever the exact cause, psychedelic drugs are proving to be an interesting option for treatments of a variety of mental health issues.

A Schedule III drug in the US, ketamine is a dissociative anesthetic that has recently found use as treatment for severe depression. “Ketamine clinics” — such as the Kalypso Wellness Centers found in Texas, New York, and North Carolina — have appeared throughout North America, offering ketamine infusions that treat depression, PTSD, migraines, chronic pain, fibromyalgia, and more.

This year, the FDA approved Spravato (esketamine), a derivative of ketamine, as a treatment for severe depression when administered and supervised by a physician. The Department of Veterans Affairs is also making the nasal spray available to veterans suffering from PTSD, based on its ability to improve depression in just a few hours during clinical trials.

A Schedule I drug, psilocybin, the psychoactive ingredient in magic mushrooms, has been proven to provide relief to late-stage cancer patients suffering end-of-life distress in studies by the Johns Hopkins Psychedelic Research Unit and UCLA. This led to the FDA granting Compass Pathways “breakthrough therapy designation” in their trials that hope to get psilocybin approved for people with depression who haven’t responded to anti-depressants.

A 2014 Johns Hopkins study titled, “Psilocybin-Occasioned Mystical Experiences in the Treatment of Tobacco Addiction,” involved giving 15 smokers two or three doses of the drug along with cognitive behavioral therapy. At a six-month follow-up appointment, 12 of the 15 had refrained from smoking. The researchers concluded, “These results suggest a mediating role of mystical experience in psychedelic-facilitated addiction treatment.”

Another Schedule I drug that has received breakthrough therapy designation is MDMA. The drug, commonly known in pill form as Ecstasy and powder form as Molly, produces feelings of euphoria and empathy by activating the dopamine, norepinephrine, and serotonin neurotransmitters.

In December 2016, researchers at NYU’s Langone School of Medicine were given permission to move into large-scale Phase 3 trials of MDMA for PTSD. If the trials are as successful as the previous stages, prescription MDMA could be available as soon as 2021. 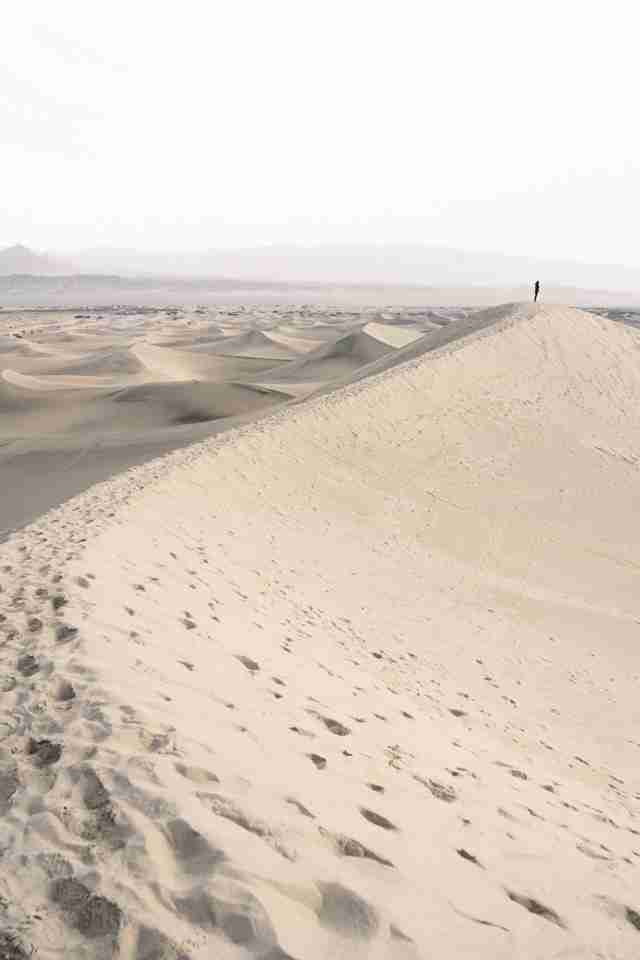 As more psychedelic drugs are approved for therapeutic use, the psychotherapy model will need reevaluation. More therapists will need additional training in serving as a guide while patients are on the drugs, helping them avoid “bad trips” and the “fathoming of Hell” that Osmond mentioned in his letter to Huxley. Additionally, therapists will need further knowledge regarding what questions to ask and prompts to provide as the effects of the drug wear off to help prolong the positive effects and reinforce new mental attitudes that promote positive behavior.

Even if future treatments don’t prove as successful as the Johns Hopkins smoking cessation test that worked for 80 percent of participants, there still is a lot of hope that psychedelic drugs can be used in conjunction with therapy to promote positive mental change.