In his State of the Union address in January 2016, President Barack Obama celebrated a strong manufacturing sector. Manufacturing has “created nearly 900,000 new jobs...

In his State of the Union address in January 2016, President Barack Obama celebrated a strong manufacturing sector. Manufacturing has “created nearly 900,000 new jobs in the past six years,” he said. That’s good news for the over 12.32 million manufacturing workers in the United States who currently account for about 9 percent of the American workforce.

“Manufacturing is a thriving, exciting industry,” said Precision Metalforming Association President Bill Gaskin. “But it can also be a challenging industry. Manufacturers face significant hurdles from a dwindling workforce to a steady stream of expensive government regulations. Through interaction and collaboration, our members find their voice—and their power—to help propel American manufacturing forward to a bright future.”

PMA started in 1913 in Cleveland when a small number of stampers formed The Pressed Metal Association. In the following decades, the organization changed shape, direction, and names before becoming the Precision Metalforming Association in 1987. Today, PMA is one of the foremost representatives of manufacturing and metalforming in North America.

According to a recent industry survey, on average, PMA members spent $750,000 on equipment in 2015 and purchased $830,000 worth of equipment in 2014. While many American manufacturers—and certainly many PMA members—are small businesses, these companies spend big on machines. And technology investments often take months to finance and place into service.

Many manufacturers depend on tax incentives to afford the technology and equipment they need to stay competitive. Data shows that in 2015, 92 percent of PMA member companies used Section 179, another 91 percent benefited from Bonus Depreciation, and 55 percent claimed the R&D Tax Credit.

In recent years, American manufacturers were faced with a significant quandary. Partisan gridlock and general stagnation in Washington led Congress to allow these important business investment tax provisions to expire year after year. These expirations created uncertainty for business owners and forced them to make purchase and implementation decisions in impossibly small windows.

But in December of 2015 manufacturers, led in part by PMA advocacy efforts with Members of Congress in Washington, scored a major legislative victory. President Obama signed into law measures making permanent the R&D Tax Credit and Section 179 Equipment Expensing and extending Bonus Depreciation through 2019.

This achievement is indicative of the strength of manufacturers when they come together through their trade association. PMA members relayed their struggles to members of Congress through their representatives in Washington and in person during meetings and even testimony before relevant Congressional Committees.

“Now, for the first time since the 1980s, manufacturers will have some real stability in the tax code, which will allow companies to invest with confidence,” says Gaskin. “With less worry about today, they can focus on innovation for the future.” 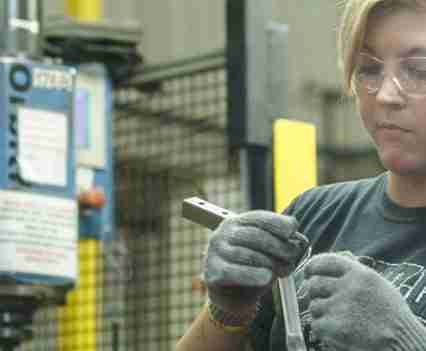 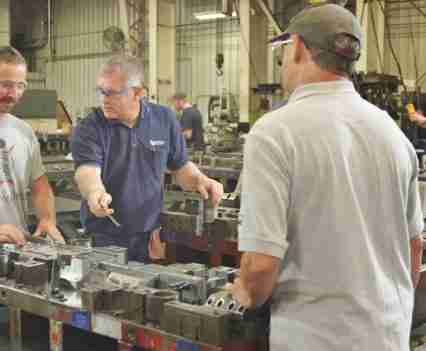 One of the most pressing issues facing the manufacturing sector is recruiting a new generation of skilled workers. A recent survey shows that nearly 80 percent of PMA member companies have skilled positions open at their facilities today. And there will soon be more jobs available as current employees head toward retirement. The average age of skilled workers at 75 percent of PMA member companies is 41-60 years old.

Working collaboratively, PMA members are addressing workforce development issues and building a pipeline for manufacturing’s future. One example of these efforts is the PMA Educational Foundation which was established in 1996 to help develop a new workforce by initiating and supporting training, education, and image-building programs with PMA member companies, educators, corporations, foundations, and civic leaders across the country. The Educational Foundation has developed curricula and training materials that allow companies to train their employees at various levels and help them develop the skills they need to excel. In addition, the Foundation funds local workforce development initiatives that build on relationships between PMA district chapters and local schools.

In addition, PMA supports the American Jobs for America’s Heroes campaign, which connects returning military veterans and members of the National Guard with American manufacturers looking to hire. Many PMA members who are involved in the program have found military veterans to be excellent additions to their companies and their communities.

Finally, PMA helps to elevate the profile of members who demonstrate the cutting-edge, modern workplace that manufacturing is today.

“Too often manufacturing careers are shrouded in negative stereotypes that keep people away,” said Gaskin. “PMA is uniquely positioned to help members show the true face of manufacturing. We highlight innovation, showcase new technologies, and celebrate success. All of these efforts help attract a new generation of American manufacturers—and guarantee that the sector only gets stronger in the coming years.”

More information about PMA and membership opportunities is available at www.pma.org. Follow PMA on Twitter at @PMATalk.