History and Successes of Porter Airlines

History and Successes of Porter Airlines

Established in February of 2006, Porter Airlines is located at Billy Bishop Toronto City Airport where the heart of their operations officially opened to the public later that same year. Despite being met with opposition at numerous junctures, founder, President and CEO Robert Deluce has managed to successfully broaden their range of destinations, fleet, customer base and the services offered to their passengers. Aided by a strong and diverse background in the aviation industry, Deluce readily notes the company’s ascendancy is not a result of his efforts alone, but those of their entire team.

Porter Airlines has been bolstered by a great deal of support from the beginning, a truth validated by their initial private investors who furnished $125 million to see the company take flight. Early business models included a drawbridge to allow for better customer access. There, Deluce faced the first major hurdle in bringing his endeavors to fruition as area residents and authorities alike balked at the idea of this bridge.

In regards to that matter, Deluce stated, “Our own startup with Porter was taking a lemon and making lemonade. … The cancellation of the pedestrian bridge meant we had to reinvent ourselves.” This is exactly what they did, by extending ferry services to passengers with a pedestrian tunnel set to open later this year.

The staff of Porter Airlines believes the only true method of advancement in their industry is to provide customers an experience they simply cannot find elsewhere. Catering to the needs of passengers requires studying their complaints concerning other airlines and using those to determine areas where Porter needs to improve. Providing a more user-friendly website is among the enhancements that ultimately bring customers their way.

Gaining one-time customers is not enough for this company; their goal is to convert new customers to repeat business while earning crucial word-of-mouth advertising to foster their customer base. Included in these efforts are shuttle services running from the Royal York Hotel, complimentary drinks, snacks and Wi-Fi for waiting passengers, and their recently upgraded frequent flyer rewards program deemed “VIPorter”.

They are also consistently extending new flight options to customers, such as their latest interline agreements with Sata International, El Al, Singapore Airlines, Qatar Airways, South African Airways, Icelandair and JetBlue. To date, they have also evolved to encompass restaurants, larger and more comfortable lounge areas, vehicle rental kiosks, 150,000 square feet of additional office space and a Canadian Customs division. Plans to complete a U.S. Customs branch are in the works for the near future.

From the beginning, Deluce has emphasized the importance of employing an appropriate blend of personnel, saying,

It takes all types of people to make up a corporate culture. We have the very optimistic, glass half-full or three-quarters-full, to the more hesitant if a big speed bump comes at them. But where there’s a will, there’s a way. A wide range of personalities and risk tolerances allows a better exploration of the perimeters and better preparation.

While not all executives will agree on every point of contention, diverse views on a subject help bring about creative and innovative solutions. Ensuring those who interact with passengers, whether it be online, by phone or in person, are willing to listen to customers’ needs and able to give them clear answers is also crucial to operating smoothly and keeping passengers satisfied. Properly training staff members is high on Porter’s list of priorities, and they monitor daily operations closely to guarantee employees hold themselves to the company’s high standards.

Upholding the Porter Airlines standards of quality is vital to the organization’s success; at the same time, these measures are contingent upon guaranteeing those in their supply chain adhere to such regulations. This applies to all facets of the business from the scheduling software they rely on, to companies supplying the food and beverages they offer to passengers. Therefore, they only do business with agencies and distributors who hold similar views and values in order to help them maintain their stature while growing and improving.

Keeping up with the latest in technology is vital in the airline industry. Failure to do so would render Porter Airlines obsolete in the eyes of consumers and investors alike. For this reason, they continually update their scheduling software. This maintains order and customer satisfaction on a number of levels.

On the public end of the spectrum, their state-of-the-art systems ensure passengers are able to easily book and confirm their flights online as well as giving them the ability to track their scheduled travel and confirm their flights will be departing on time. Internal branches of their software systems place them in a position to properly arrange staff scheduling, guarantee flights are not overbooked and adequately adjust their staffing to accommodate varying needs, such as scheduling more staff members for heavier seasonal traffic.

This type of technology also enhances their ability to remain on top of shipments coming in, supply ordering requirements and routine maintenance needs. This improves efficiency and aids in cost management as much as eliminating chaos in daily operations. They routinely update their software as the latest versions become available to them.

Plans are currently under way to expand the airport to accommodate jets. Of course, they also intend to add jets to their fleet. Negotiations for this proposal are still a work in progress due to the need for city council approval. Once they gain the green light for this project, the expansion will proceed as planned. 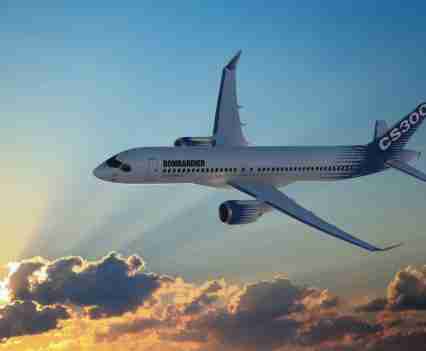 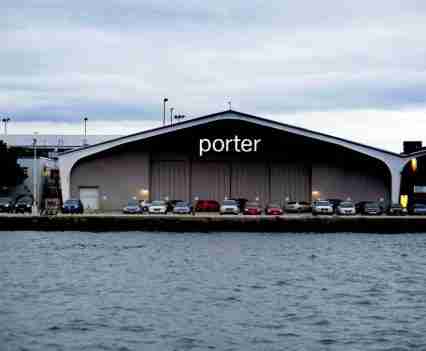 Ongoing investments are made in upgrading Porter’s systems, facility upkeep, staff training and fleet maintenance; however, they note their most rewarding vested interests are those in their surrounding communities. The company pledges a portion of its profits to charitable contributions, including providing free travel for non-profit organizations. They take pride in doing their part to strengthen the efforts of those committed to improving their world.

Porter Airlines has managed to circumvent a number of proverbial closed doors, enabling them to continue to grow and better serve their customers. Full customer satisfaction and consistently expanding the services they offer are their top priorities. As a final thought, a sentiment from Robert Deluce perhaps best sums up the history of the company:

“…Sometimes there are learning opportunities, and you have to be open to grasp them. So we’ve stopped looking at challenges and adversity in that light as problems. Things may get awkward, but they’re a speed bump. You may have to slow down and get to the right to miss the bump, but you can navigate around it. Once you look at things from that perspective, anything is possible.”