Pokémon Go: You Can’t Stop It. Business Owners May Not Want To.

Explore how the record-breaking, top grossing "Pokémon Go" app has already won the hearts and wallets of players across the world.

Explore how the record-breaking, top grossing “Pokémon Go” app has already won the hearts and wallets of players across the world.

Since the app’s release on July 5th, iOS players of “Pokémon Go” are spending about $1.6 million each day on the game’s in-app transactions, according to Quartz. (Android’s revenue figures are not yet available.) And a total of some 7.5 million downloads of the game have been generated in the U.S.

Broken records by the Nintendo “hit of the summer” include usurping the top most downloaded free app in the U.S. within four and a half hours after launching and conquering the fastest to become the No. 1 grossing app among gaming apps: it took just 14 hours. Nintendo’s stock price is already up 25 percent.

“Pokémon Go” invites users—a.k.a. trainers—to comb through public locations for familiar Japanese cartoon characters thanks to augmented reality, which was built by Niantic Labs and The Pokémon Company. This technology is a mix of digital images and an individual’s perception of the world around them, as seen through their smartphone’s camera. According to the Wall Street Journal, the game already ranks among the most downloaded and top-grossing smartphone apps. 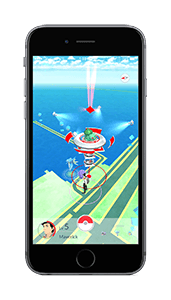 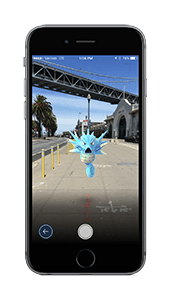 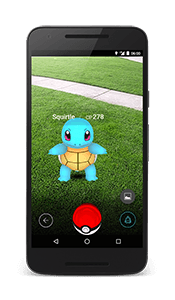 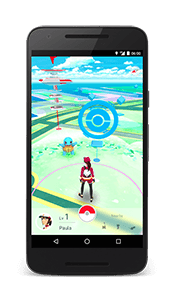 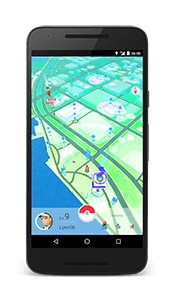 Okay, what is it?
Vox breaks it down as such:

“To fully understand “Pokémon Go”, you have to go back to the canonical beginnings of Pokémon. Around 1990, a video game designer, Satoshi Tajiri, began hammering out the concept of Pokémon, which combined his childhood hobby of insect collecting with his love for video games.” 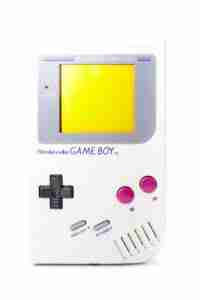 It wasn’t until six years later when Tajiri’s original concept, thanks to Nintendo’s and designer/illustrator Ken Sugimori’s help, evolved into the initial Pokémon game as released on Game Boy.

These literal pocket monsters—the word Pokémon is an Americanized/Westernized translation— peaked in popularity among tweens and kids in 1996, when handheld game sales hit 31.4 million.

So it only makes sense that today’s millennials are spending a lot of time chasing 151 familiar creatures, like Pikachu, Bulbasaur, and Charizard on the app: around 43 minutes on average hunting down these monsters and helpful equipment on a real-time map, each day.


Where is it?
The app has been released in the U.S., Australia, Germany, and New Zealand, while countries who don’t support Google accounts—mainly China—are currently left in the dust.


Why now?
2016 is the 20th anniversary for the beloved video game series. 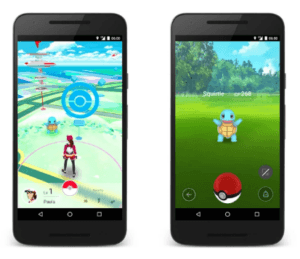 Why is it catching on like crazy?
It’s clear that Pokémon fever is going around, but does that come as any surprise? With a die-hard fan base and a 20-year legacy of these adorable monsters, integration of a successful recipe for fun into real world makes for highly motivated reason to play. According to Quantic Foundry, a game analytics consultancy, there are six core motivations for this type of engagement: action, social experiences, mastery, immersion, creativity, and achievement experiences.

So while your Poké-world achievements and medallions aren’t worth much in the real world, creators of these games know these accolades build player loyalty. Gamification makes for stronger engagement, and this game is banking on achievement experience as the core game motivator. Real-world integration and the concept of augmented reality on top of all this psychologically-oriented design unlocks a whole new level of rewarding, pocket monster obsession. 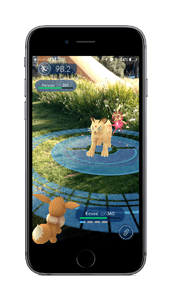 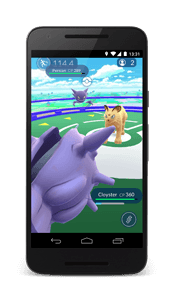 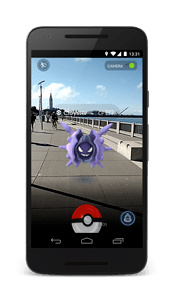 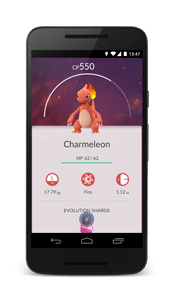 Why does your business care?
Local businesses can reap the benefits of these avid Pokémon trainers roaming about. As users seek out PokéStops and Gyms, join them and simply download the app to see if your place of business is one of these hubs. Share the Poké-spirit and invite customers with Poké-discounts,  Poké-cocktails, or truly embrace the trend and invest in a “Lure Module” to temporarily attract pocket monsters for everyone nearby.

Be safe and have fun out there, bosses.