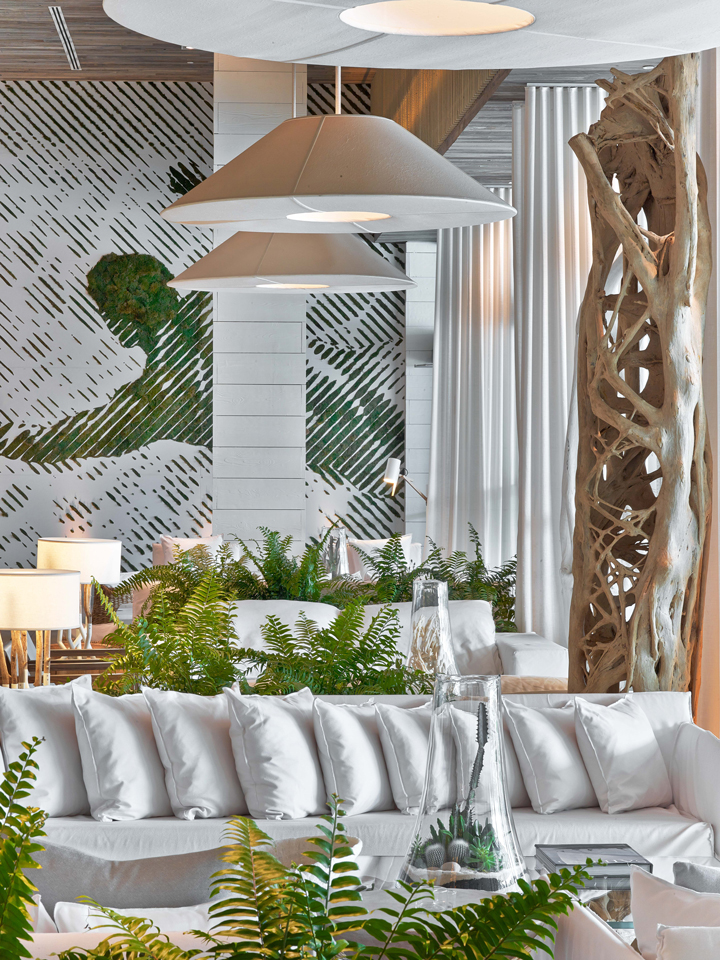 When excellence and value are the cornerstones upon which a business is built, there’s no limit to the heights it can reach. Those peaks of achievement can be seen in the skylines and along the boulevards of some of our most vibrant and fascinating cities – including Miami, Washington D.C., and New York – in tomorrow’s landmarks built by Plaza Construction.

From building marvels of architectural innovation, such as Miami’s One Thousand Museum Residences by the late Zaha Hadid, to projects that change the way we think about the function, elegance, and potential of urban infrastructure – for example, their work in the massive rehabilitation of Manhattan’s Fulton Street transit center, which includes a breathtaking mirrored skylight that directs light four stories beneath the ground – Plaza Construction is at the forward edge of creative progression.

That drive towards progress also manifests itself socially: having overseen multiple billions of dollars-worth of LEED-certified construction projects, Plaza is on the leading edge of sustainable practices. Additionally, the firm is currently introducing female representation on standard jobsite signage, replacing the ubiquitous “men at work” with “men and women at work” signs. This is one of the many examples of the company’s demonstrated history of attracting and cultivating diverse and impressive talent.

That’s something company president Brad Meltzer knows a little something about. He should, considering that he started with Plaza in 1989 as a summer intern.  At the time, he told BOSS, the firm “was a privately-held construction business focused in New York City, where I was living at the time. I looked at it as an opportunity to join a family business that operated like a family but had great growth opportunities.”

When asked what inspired him to stay the course as the company changed and grew into the seventh largest NYC-based construction company, he replied, “I think it's a culture of inclusion, a culture of empowerment, and a culture of support that continues to breed like-minded, honest, hardworking people. It's an exciting place to be. We don't always get to pick and choose our projects, but one thing is we never step away from a challenge and I think that has also attracted people who are not afraid to come to work every day and work hard and be creative.” 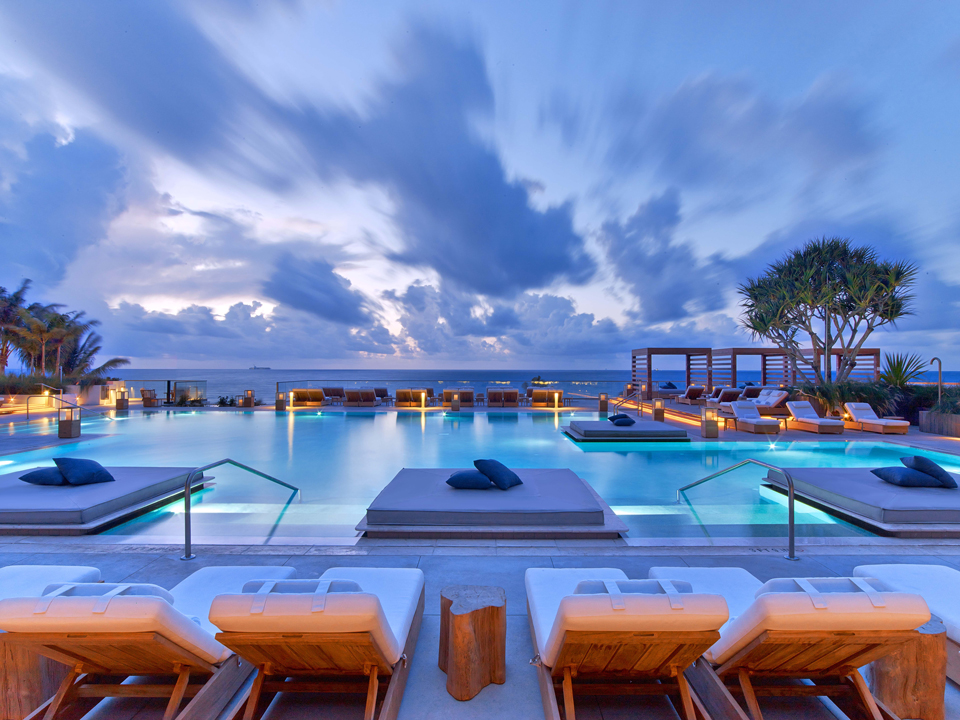 Attached to some of the most prestigious projects from Manhattan to Miami, Plaza has its sights set on expansion with the establishment of offices in Tampa and New Jersey, and is casting an eye towards entering the Los Angeles and Austin markets.

Geographic growth is important to us, as well as market share growth,” Meltzer explained. “Historically, we've done a significant amount of work in the private sector, specifically in office buildings, condominiums, multi-family, and hospitality, but we're looking very hard at some areas that we have experience in but haven't focused our business on: infrastructure and public-private partnerships.”

Specifically, Plaza Construction is interested in participating in social P3s, such as affordable housing, student housing, and transit-oriented development.

“P3s are really an interesting opportunity for us,” he noted. “We have very strong relationships in the investment world as well as with our parent company who has been making significant investments here. As a matter of fact, we're currently building projects for them in New York and New Jersey. From our perspective, we can be part of a team early on that could potentially fill the need for a municipality that otherwise couldn't put it together on their own.

“We not only create work that's needed in the community, but create business for ourselves. We think that our track record of success in performing arts construction projects and in building strong relationships with developers and lenders puts us in a perfect position to be part of these teams.”

Plaza Construction is among a small handful of teams pursuing the $350 million Miami-Dade Civil Courthouse project. “We're partnered with some very experienced P3 firms both on the investment and development side, and we really think we have a winning team for that.” 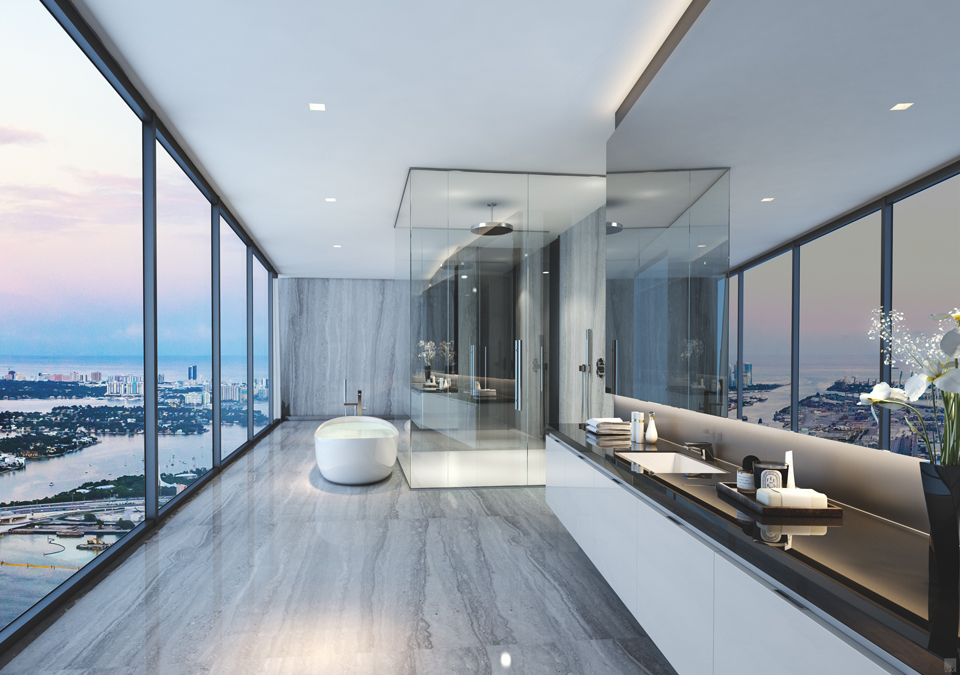 At its heart, the company defines itself through a culture of transparency that Meltzer and his leadership team actively nurture. “Transparency was born at Plaza when Plaza was born,” he remarked. As the in-house construction for Fisher Brothers, a large urban developer based in Manhattan, Plaza Construction’s appreciation for openness and collaboration came into being organically. “There was no separate side of the table if you will; it was all for one and one for all. All the information was shared, and that's how we chose to build our business. We don't know any other way.

“A transparent way of doing business really allows everyone to be more collaborative when you're not hiding things from each other, and when you're trying to put the project first. We're always looking to see what is best for the project because it usually seems to be the best for all in the room. People don't have separate agendas typically when you work in that environment.”

That environment of transparency, collaboration, and cooperation made facing the myriad challenges of growing a complex, multifaceted enterprise easier, even in difficult times.  “We understand that during the course of a project there are going to be hurdles. There are going to be challenges,” he admitted. “It’s how you act at those moments that really tells you truly who you are, and we always want to be the people that are standing on the side of transparency when those things occur.”

In an era where talent retention is at top of mind for CEOs in every industry, Plaza Construction embraces the holistic view. “It’s not just about retention for us, it's looking to the onboarding process. We take a cradle-to-grave perspective on what makes Plaza a place that someone wants to come to work at to begin with.”

For the contemporary workforce it’s about carving a satisfying career path, finding work-life balance, and maintaining flexibility, ideals integral in Plaza’s approach to cultivating human capital. “That's a very millennial way to look at things, and as a company if we don't adapt to that we will be missing out on a great talent pool of young people.”

Building structures that scrape the sky, buttress the sea, and redefine how we live, work, and play have made Plaza Construction one of the most prestigious names in construction, and Meltzer is abundantly clear about where that prowess comes from. “The most important thing I try to impress upon our staff is that they're here for a reason: because we believe in them, and because they're smart and hard-working,” he professed. “When you put all those bright minds in one room we're a much more powerful team than we would be if we only allowed three or four people to lead us. I think it's that kind of atmosphere that will continue to allow our people to grow, and allow our company to become stronger.”

PLAZA CONSTRUCTION is one of the nation's foremost construction management and general contracting companies. The firm has played a notable role in building corporate headquarters, commercial properties, healthcare centers, universities, infrastructure, transportation facilities, museums, retail spaces, hospitality and residential buildings. Since its incorporation in 1986, the firm has grown from a regional organization to a multi-faceted, national presence in the industry with headquarters in New York and regional offices in Miami, Tampa and Washington, DC.

Their roots are based in construction, real estate, investment and development management. Their portfolio includes work across industries. Plaza's uniqueness comes from understanding what it is to be the owner, the developer and the builder – a trifecta that is evident in Plaza's core portfolio of prestigious commercial, corporate and residential properties. They remain at the forefront of building the most exciting, highly desirable and notable luxury residential condos, hotels, restaurants, and retail spaces in the country. 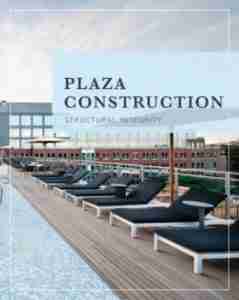