Mountain Dew enthusiasts will soon be able to catch another kind of buzz. The PepsiCo-owned soft drink is joining forces with Boston Beer Company to create a spiked version of the popular carbonated beverage. 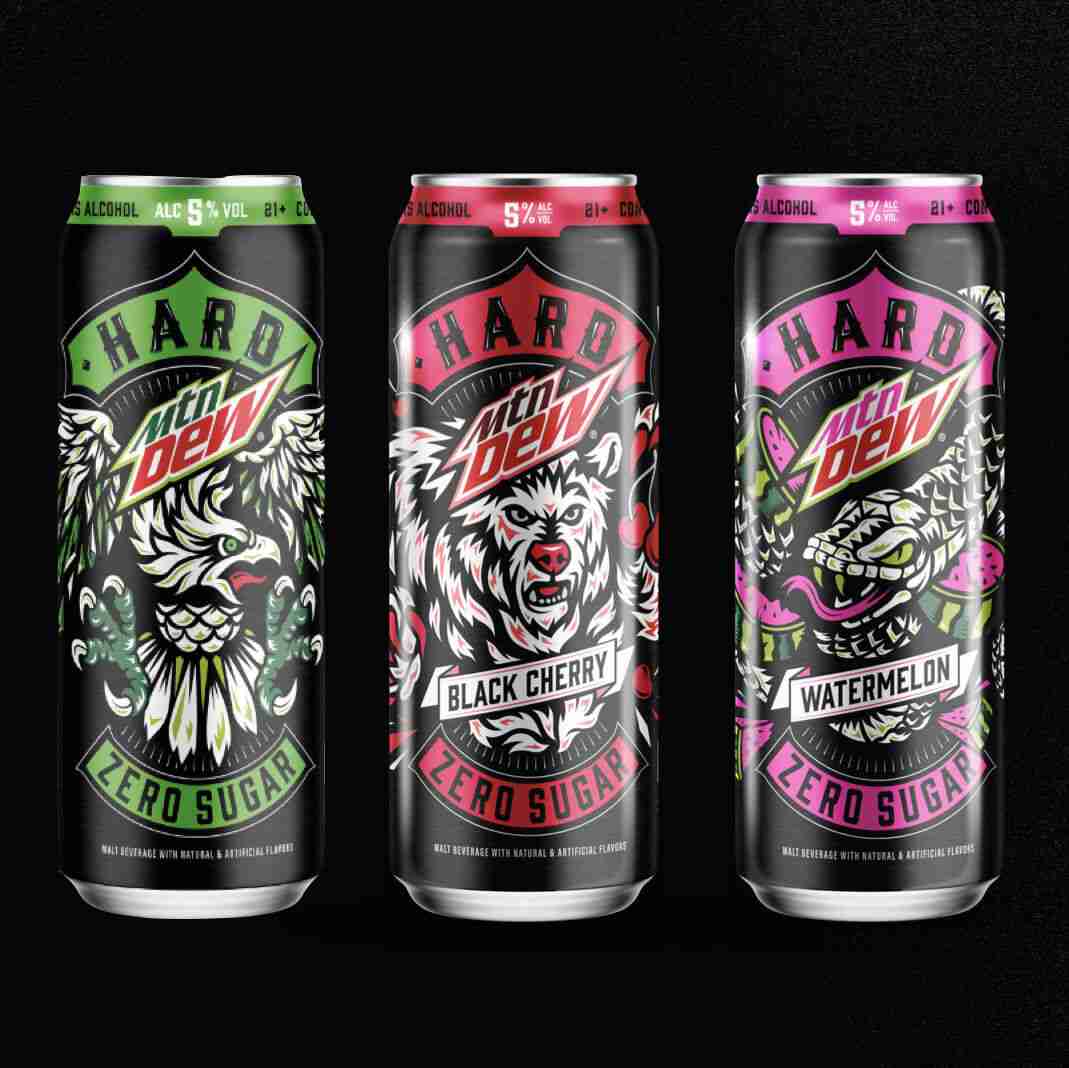 The zero-sugar drink, which is expected to debut early next year, will be called HARD MTN DEW and have a 5% alcohol percentage. It will come in three flavors: original, black cherry and watermelon.

“We know that adult drinkers’ tastes are evolving, and they are looking for new and exciting flavorful beverages,” said Boston Beer CEO Dave Burwick. “The combination of our experience in brewing and developing the best-tasting hard seltzers and hard teas, and MTN DEW, a one of kind multi-billion-dollar brand, will deliver the excitement and refreshment that drinkers know and love.”

The Boston Beer Company are the makers of Samuel Adams beer, which has more than 60 different styles and is one of the best-selling beers in the U.S.

Mountain Dew, meanwhile, was invented in 1940 and has long-been a mainstay in the carbonated soft-drink market. Well-known for having one of the highest caffeine counts, it will become an alcoholic beverage for the first time.

Kirk Tanner, CEO of PepsiCo Beverages North America, said the brand is excited to join forces with another well-established company in Boston Beer.

“For 80 years MTN DEW has challenged the status quo, bringing bold flavors and unmatched beverage innovation to millions of fans,” Tanner said. “The Boston Beer Company partnership combines two recognized leaders in our respective industries to address the changing tastes of drinkers and we are thrilled at the opportunity to create HARD MTN DEW that maintains the bold, citrus flavor fans know and expect.”

HARD MTN DEW will be marketed to adults of legal drinking age, according to the company, which said it plans to set up a new business entity responsible for delivery, sales and merchandising. Boston Beer will be in charge of development and production.

Both PepsiCo and Boston Beer have been making moves lately, with the former recently selling off the rights to juice brands Tropicana and Naked Juice, while Boston Beer partnered with artisan ice cream company Tipsy Scoop to produce an ice cream containing 5% alcohol.