With an imperative to serve, PenFed Credit Union is raising the bar for member experience, and reaping sweet rewards

As the second largest federal credit union in the country, Pentagon Federal Credit Union (PenFed) is on the move. Established as a credit union for the national defense community, today’s PenFed offers the low loan rates and high savings yields that have been improving the lives of American service members since 1935. 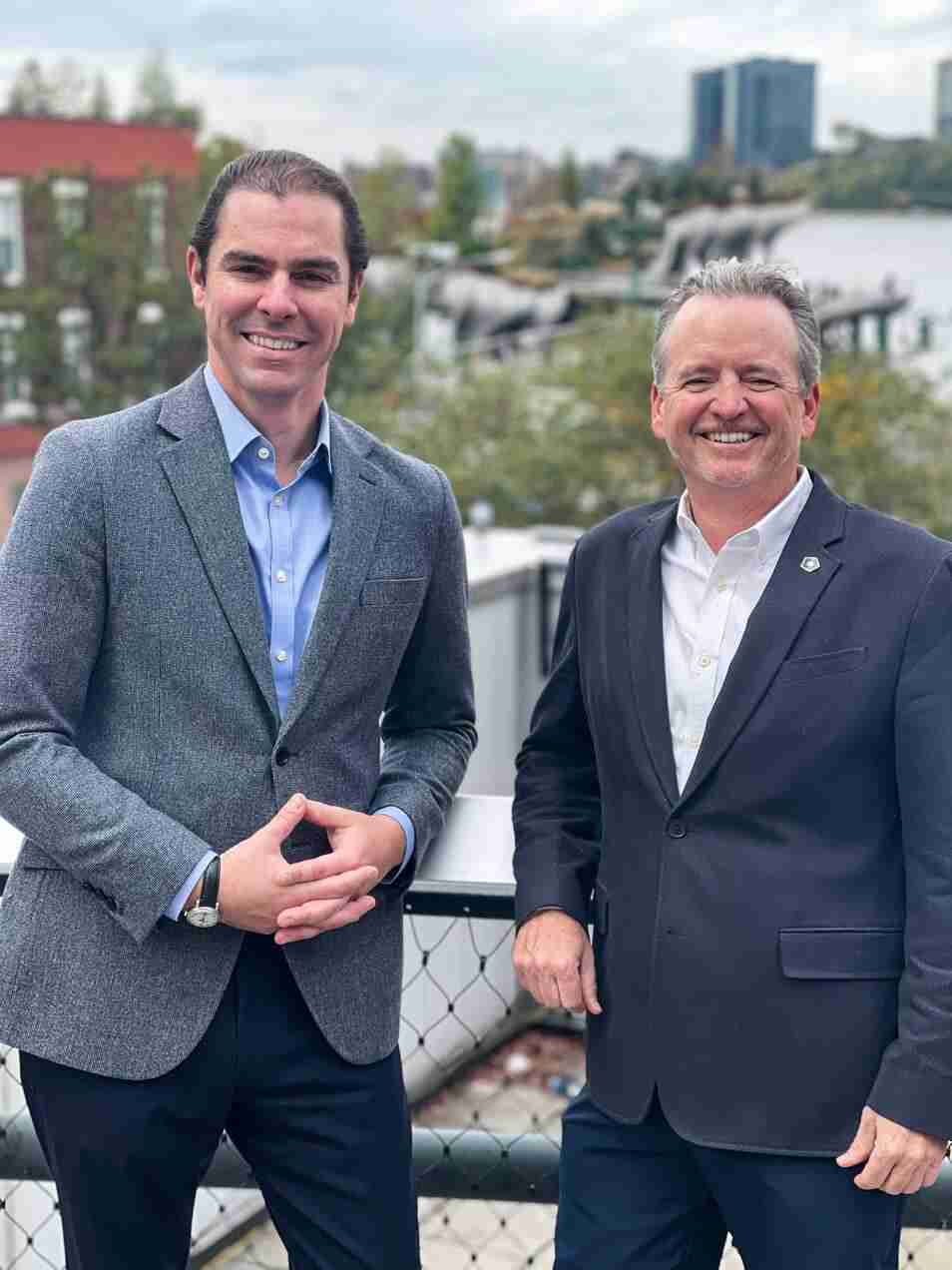 In 2019, PenFed gained an open field of membership, allowing anyone to apply for PenFed membership regardless of employment or geographic restrictions that limit most credit unions. Since making that move, the organization has been on a supersonic growth track, building to over $28 billion in assets and breaking records in mortgage originations and consumer lending.

Consumers have many financial institutions to choose from, and credit unions have long been a “best kept secret.” PenFed is committed to raising the profile of credit unions through consumer education, community outreach and support, and a nationwide marketing campaign designed to welcome civilians into an ecosystem shaped by the military’s devotion to service, fidelity, honesty, and respect.

PenFed’s marketing campaign promises and delivers “Great Rates For Everyone,” with an approach designed to entice consumers to move their business to a top financial institution while overcoming the need to explain the seamless differences to a consumer between credit unions and banks. Banks and other financial institutions are tasked with increasing shareholder wealth and offsetting high operational expenses, while credit unions are member-owned not-for-profits. 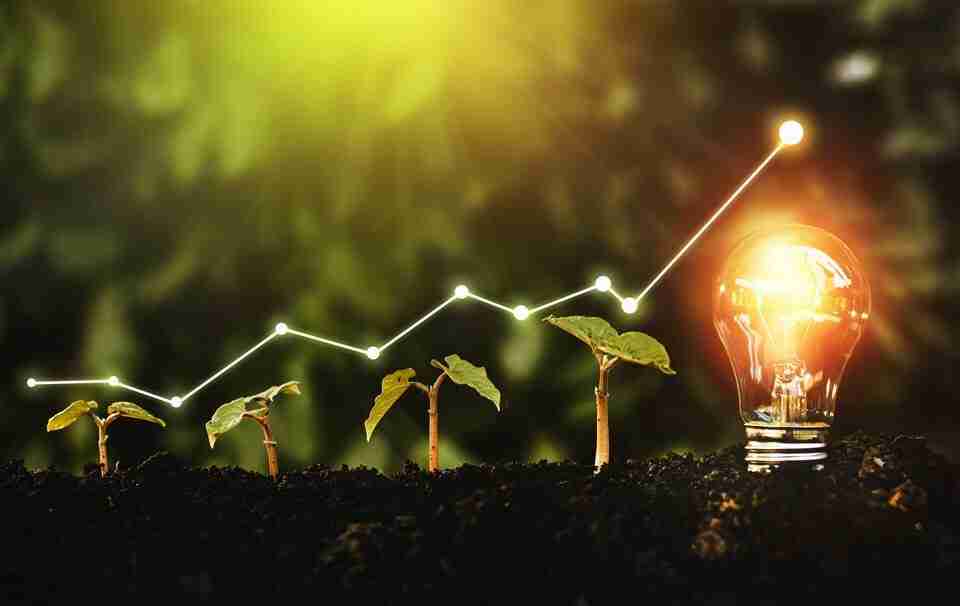 In just two years, PenFed has had nearly 500% growth in their consumer loan originations, and they expect to double that number by the end of 2021. Fintechs are integral to that plan.

“We’ve partnered with several fintechs and made several agreements with them, so we’re the funder on the back end. In doing that, we were able to rapidly start expanding loan originations in the balance sheet,” Jay Fee, PenFed’s VP of consumer lending, told BOSS.

With net promoter scores (NPS) in the 60s and 70s — compared to those of banks, which generally languish in the 30s — credit unions can be a big draw for fintechs and other loan originators seeking to offer their customers better servicing options than banks and other financial institutions can. 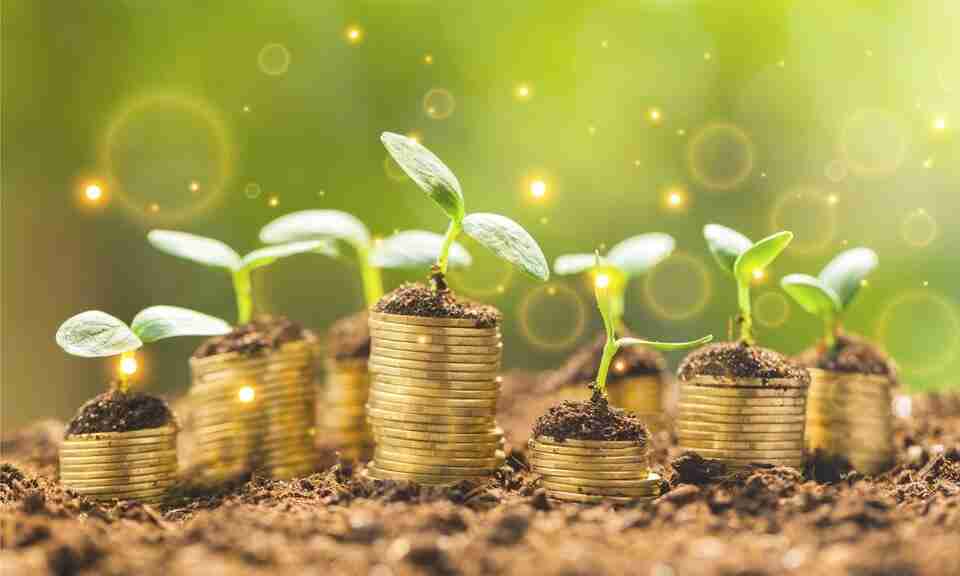 When it comes to integrating with fintechs, large credit unions are considerably more nimble than banks and other financial institutions, and their integration timelines are dramatically shorter, too. That said, making effective alliances with fintechs is also a matter of size. “Institutions have to be large enough to have the financial and technical savvy, balance sheet, and resources to work with a fintech, and there’s a very short list of viable partners,” Fee observed. PenFed is one of a small handful of credit unions that land on that list.

PenFed is a frequent collaborator with smaller credit unions, often supplementing their loan originations with ones that PenFed sells into the secondary market. “We have the luxury of being very large and having that balance sheet, and we can help other credit unions that struggle to originate loans at the same level,” Fee explained. “They want to buy loans from us to supplement their originations because it’s basic banking: If you are flooded with deposits, as a lot of financial institutions are these days, you need to offset it with loans or you have to stop taking deposits. You’ve got to keep your ratios in line.” Over the past two years, PenFed has supported hundreds of credit unions with these transactions. 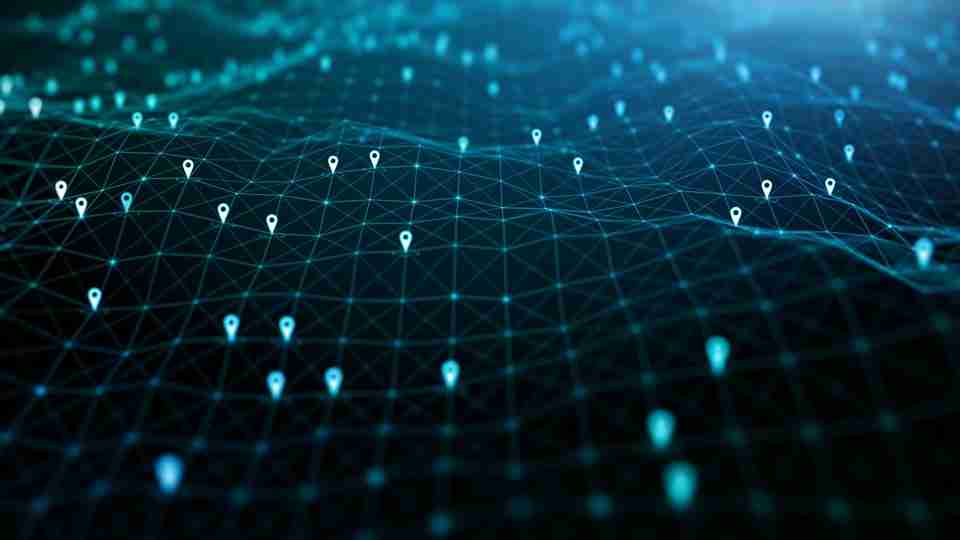 A sweeping digital transformation is underway; in addition to refining its origination system to make it easier for fintechs to integrate with them, PenFed is building a full digital platform for everyone. “We’ve done a tremendous amount to automate our decision-making and funding,” Fee said. “We've done a tremendous amount to introduce cross-selling for other products, and we make sure that we can give a good competitive offer that's clear and understandable to the member, and that requires technology upgrades.”

Community Capital Technology is helping shepherd PenFed through its digital journey. Their secure, stable platform simplifies the process of buying and selling loans for credit unions, community financial institutions, and regional banks. “Garrett Smith has done an amazing job,” Fee said of the Community Capital CEO. “His focus is on taking institutions and those loans that have been originated and then providing them to small community banks and credit unions. His platform is ideal for what we’re trying to do.” 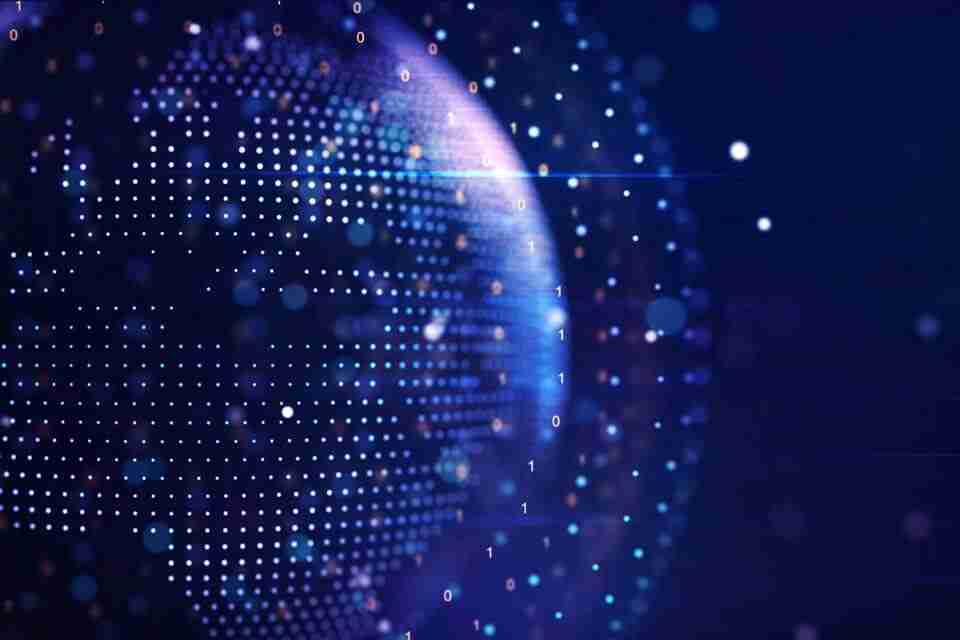 PenFed has recently broadened its loan categories to include point of sale, solar and home improvement. “They’ve become huge categories for us, and we had to build up,” Fee said. “We were building up prior to the pandemic, and we were lucky in that when the pandemic happened we were able to take advantage of it.”

Adding the solar category required a new understanding of how loans are made. “GoodLeap Sustainable Home Improvement showed us that solar loans are completely different from other kinds of loans,” Fee said. In turn, PenFed brought GoodLeap closer to the inner workings of credit unions.

“They helped us to grow our solar loan program and we taught them how to memberize that process, which is fairly unique because at the end of the day everybody that takes part with us has to become a member. That was not something that they or most fintechs are used to,” he added. “Now that they’re expanding into home improvement, they came to us and asked us if we wanted to do it, and we said absolutely. They’re a great partner.”

It’s not enough for PenFed’s vendor partners to be the best at what they do. Culture and values influence the credit union’s choices as well. “The partners that we do best with are ones that embody our values, and both Community Capital and GoodLeap do. We started originally as a military credit union, and service, innovation, collaboration, respect, and integrity are the values that we look for in our partners,” Fee said. 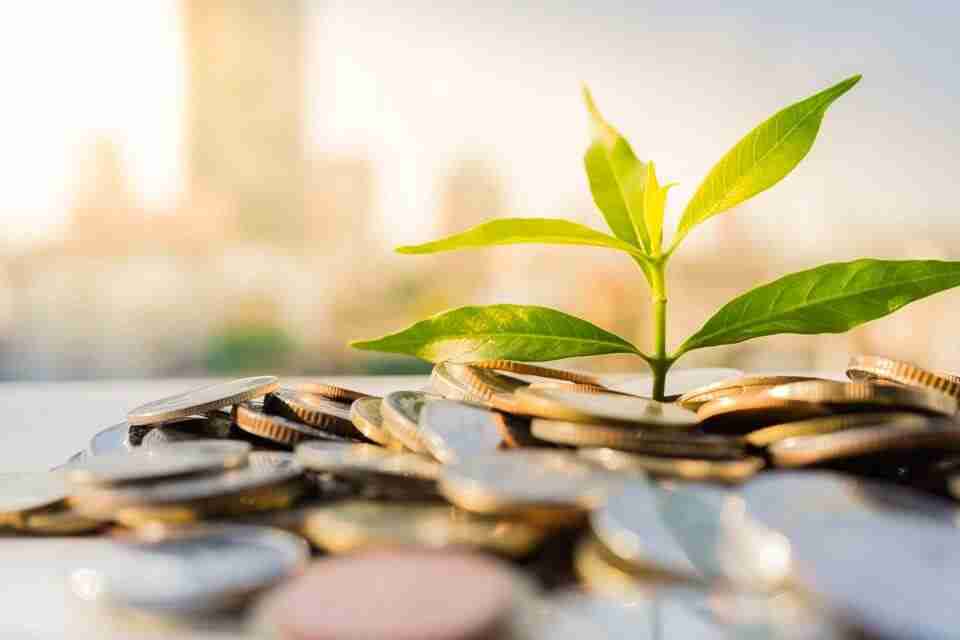 Because so many members of PenFed are in the military or government, there are high expectations for the way PenFed does business. One of the ways PenFed gives back is through the PenFed Foundation for Military Heroes, a national nonprofit organization founded by the credit union and committed to empowering military service members, veterans and their communities with the skills and resources to realize financial stability and opportunity.

Ricardo Chamorro, PenFed’s EVP of Consumer Banking and Strategy, has helped institute these values from the top of the organization.

“You can have service, respect and integrity in your values; but if you don't actually practice them, then you won't end up with the member satisfaction and the high level of affinity that we have as a credit union,” Chamorro said. He sees culture and values not as soft targets, but as the powerful influencers they can be when leveraged to make everyone in the organization unified in their purpose. “Leaders must embody their values. We embody them in our partnerships, our members, and even in our digital transformation.”

Our mission isn’t simply to help our members get by. We exist to help them realize every ounce of their potential. We exist to educate, but to also encourage. We exist to usher their dreams into the land of reality.

Established in 1935, PenFed today is one of the country’s strongest and most stable financial institutions serving 2.4 million members worldwide with $28 billion in assets.

We serve members in all 50 states and the District of Columbia, as well as in Guam, Puerto Rico, and Okinawa. We are federally insured by NCUA and we are an Equal Housing Lender.

Interested in working for PenFed? Check out our Careers at careers.penfed.org. We are proud to be an Equal Opportunity Employer: M/F/V/D. 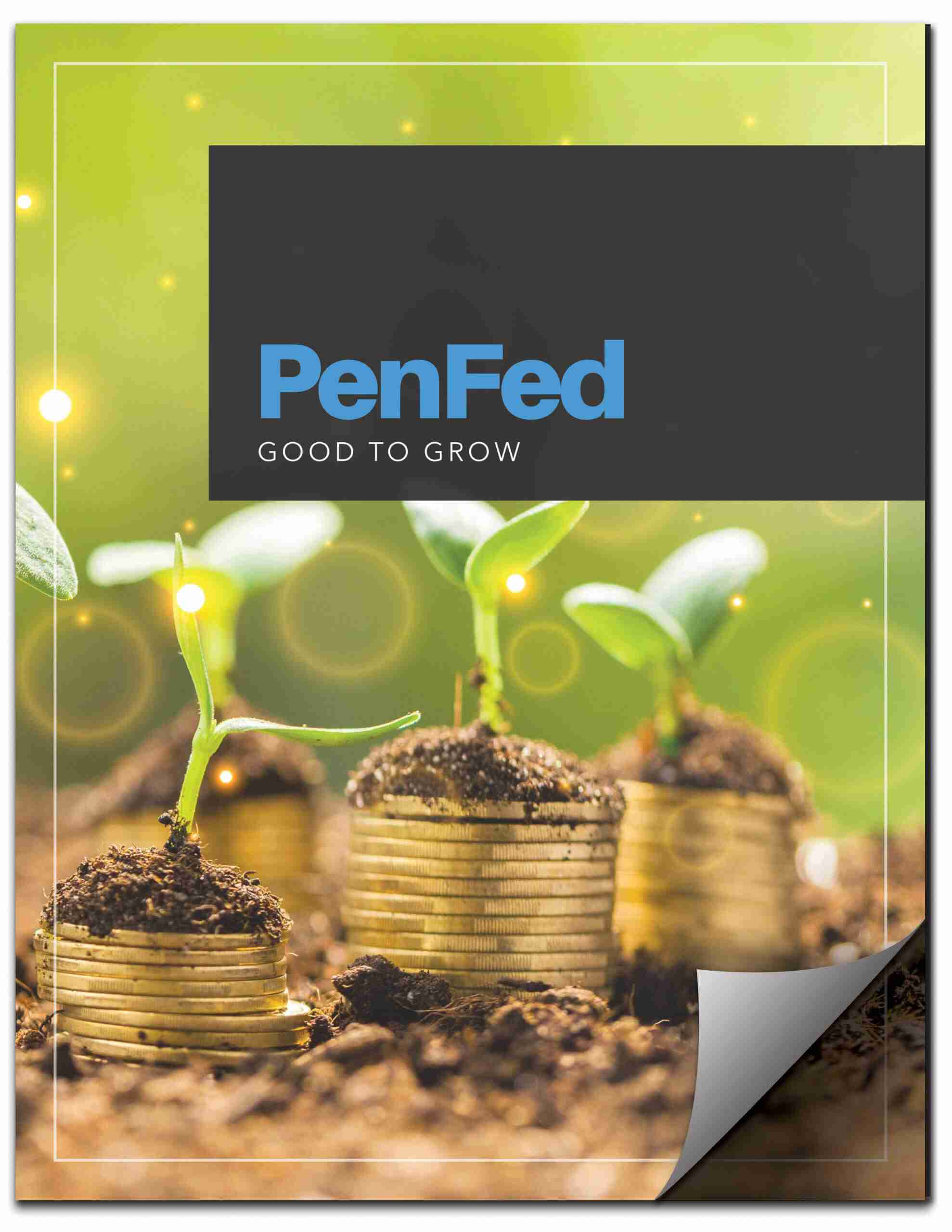