Origami Designs Inspire a Bridge Into the Future

Instead of folding paper into the shape of a tiger like traditional origami, a team led by Dr. Ichiro Ario, assistant professor at Hiroshima University’s...

Instead of folding paper into the shape of a tiger like traditional origami, a team led by Dr. Ichiro Ario, assistant professor at Hiroshima University’s Institute of Engineering, unfolded an origami bridge over the Hongo River in Fukuyama City.

This amazing, innovative bridge took only one hour to set up without the use of cranes or a foundation structure. Once complete, several vehicles successfully crossed the river on the bridge. Known as the Mobile Bridge 4.0 (MB4.0), developers plan to make the bridge even quicker to set up, as well as making it stronger, lighter, and longer. 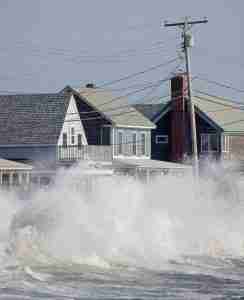 Water is a killer in hurricanes, typhoons, and floods. Too often, bridges wash out or rising waters leave people stranded. People die because there is no way for rescue workers to reach areas that have been cut off. Helicopters are limited in the amount of supplies and assistance that can be provided, assuming that they are even available to use. The rapid collapse of the infrastructure, especially bridges, creates logistics nightmares.

The origami bridge provides a real solution for many of these situations. It could be easily transported to the site and quickly set up, allowing emergency vehicles into the disaster area and survivors to be evacuated. Shelter is also badly needed in emergency situations. Pop-up shelters utilizing this technology would provide easily transported and inexpensive shelter when it’s needed the most.

An international collaboration between scientists from the University of Tokyo, the University of Illinois, and the Georgia Institute of Technology resulted in lightweight, compact prototypes that utilized properties of specific origami folds. The structures take up minimal space when folded, but open into robust, weight-bearing structures that could become a robotic arm, an emergency shelter, pop-up furniture, or an architectural canopy. 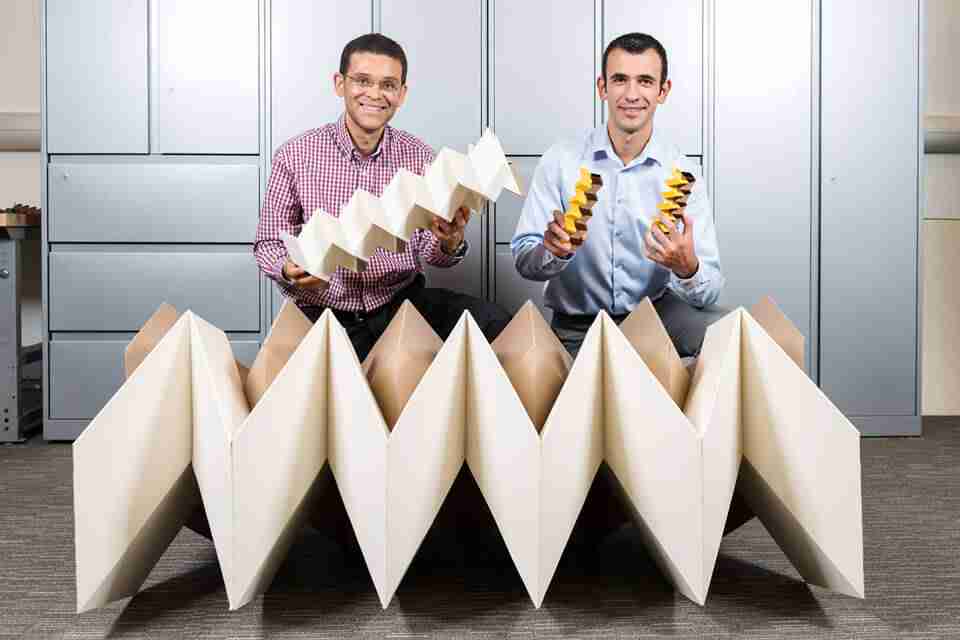 The researchers—Tomohiro Tachi, Evgueni Filipov, and Glaucio Paulino—published their origami tube research in September 2015 in Proceedings of the National Academy of Sciences of the United States. This futuristic construction technique utilizes 3D zippered tubes, based upon the Miura fold, named after Koryo Miura, the renowned Japanese astrophysicist.

These offer substantial advantages when compared to existing engineering systems, such as bridges, that can be deployed quickly and configured as needed. However, the existing systems are too flexible, easily bending and twisting. The origami-based coupled tubes are much stiffer; they can make one flexible motion, but the stiffness is resistant to other, unwanted movement. The tubular assemblages offer almost unlimited construction possibilities.

Mr. Filipov, the lead researcher, speculates that these origami structures could be easily prefabricated in a factory, compactly folded for shipping, and deployed wherever they were needed.

A Bridge into Outer Space 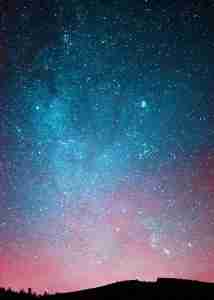 Scientists speculate that one very exciting use for these origami structures could be found in outer space. The researchers believe that if the structures were made from thin metals or plastic, the combination of compactness, strength, and lightweight would make them perfectly suited for extreme environments, such as space, the depths of the ocean, or perhaps the Antarctic.

In an interview with BBC, Dr. Paolo Beccarelli, assistant professor of architectural structures at the University of Nottingham, said that, “A crucial point is how to expand a portable bridge.” He continued to explain that normally a team of technicians and a crane were needed, but that the bridge is so user-friendly that they were unnecessary. This bodes well for the versatility of the design elements being applied in ways yet unimagined.

The initial application of this revolutionary engineering design for portable bridges should be tremendously beneficial and profitable. Potential applications of this technology could really change the game.