The opioid crisis has crippled thousands of American families. VR technology may be the surprising new solution for pain management. When you fracture a bone,...

The opioid crisis has crippled thousands of American families. VR technology may be the surprising new solution for pain management. 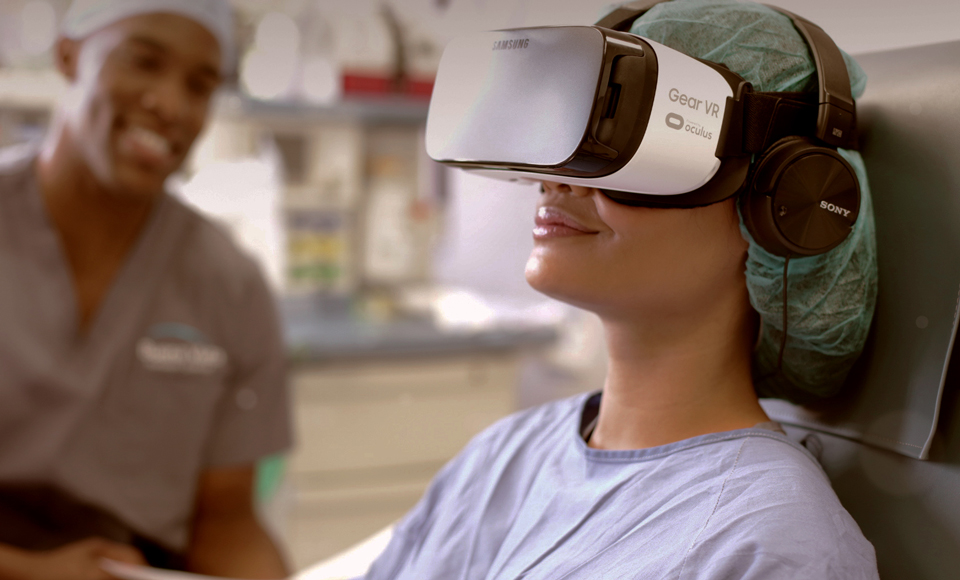 When you fracture a bone, your doctor will prescribe painkillers to minimize your suffering while you recover or wait for surgery. If you suffer from burns, you will most likely receive a dose of morphine to help ease the pain. If you’re a chronic illness and chronic pain sufferer, you might even be dependent on codeine to get through your day.

Fentanyl, codeine, oxycodone, hydrocodone, methadone, and morphine: these are some of the more common forms of opioid-based painkillers that are prescribed today. Unfortunately for those that suffer from intense, acute, and near-constant pain, these medication can be highly addictive. So why is it that they’re still so commonly prescribed?

In America, the opioid crisis has come to a head. Many Americans—specifically those in the Native American population and those in predominantly African American communities—are struggling with opioid addiction and overdose deaths due to these painkillers. What once started out as a much-needed and soothing remedy for a painful tooth abscess or a broken leg soon turned into a deadly addiction.

As the New York Times reported, the overall life expectancy of citizens of the United States has dropped due to the large amount of drug overdoses that have occurred throughout the year.

In 2016 for Washington, D.C, alone, the New York Times reported: “the emergence of fentanyls caused the rate of drug deaths to double in a single year.”

Many of those affected during this spike in 2016 appeared to be older, black American men, but historically the opioid epidemic has been prevalent among almost every demographic: especially so among urban white Americans.

A unique solution could be on the horizon. In the famous Los Angeles hospital, Cedars-Sinai, a small band of doctors are trying a new method for relieving pain and combating mental illness via virtual reality (VR) technology. Instead of prescribing harmful painkillers, doctors are strapping headsets onto their patients that transport them to another world.

“If you hurt yourself, you know, the instinct is to rub it. And in essence what you’re doing is distracting your brain by putting in additional signals that are benign signals, and overwhelming the brain’s ability to feel the painful signals. Essentially what VR is doing is kind of like massaging the brain and sending signals like a massive spotlight straight into your brain. And it’s so overwhelming that the mind is not capable of thinking about these other things: like the pain signals coming from the [body].”

Pain can be hard to ignore, but when a patient is immersed in a world that distracts their mind, suddenly their pain is a little less severe. For patients that are suffering from severe anxiety, PTSD, or even depression, VR can help stimulate their mind and calm them down. 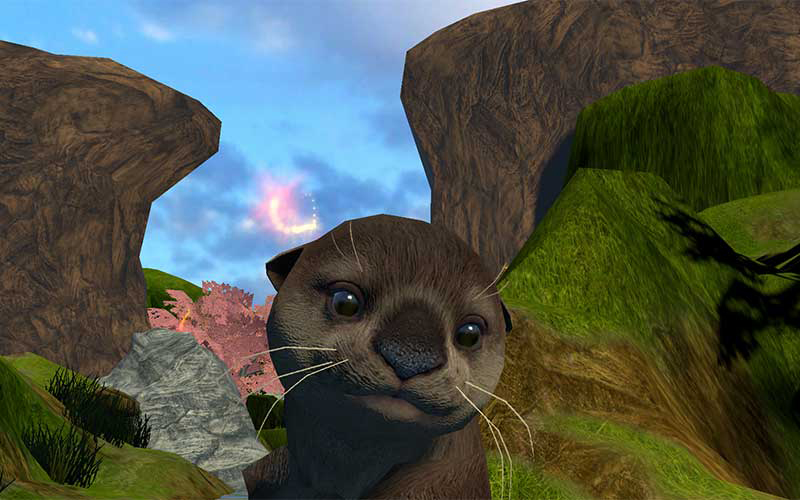 In the past, researchers found that gamification had its own unique advantages for counseling patients. But how will VR help end the opioid epidemic, which is more commonly associated with pain?

Howard Rose has been working on VR technology in the hospital for over 20 years. A researcher with Washington University in Seattle, Rose’s company Human Interface Technology Lab has found that VR is twice as effective as morphine in minimizing pain for burn patients. Considering how long he’s worked on the project, there’s merit behind his claim.

In essence, Rose and his team have created a simple blue and white world—appropriately named SnowWorld—that transports the patients and allows them to throw snowballs at snowmen and ride a river down a snowy canyon.

The cool blue colors and winter environment helps patients make it through their otherwise painful wound-care sessions. Instead of having patients relive the trauma and pain of their burns (many often suffer from PTSD during wound-care sessions), it tricks the mind into thinking their body is in a cold environment, far away from their hospital room. In the end, patients report a significant decrease in pain.

Howard Rose has since left Human Interface Technology Lab and created the VR startup Firsthand Technology. Using the evidence gained through his SnowWorld creation, Rose was inspired to work on a second VR game—this one called “Cool!”—that has a similar practice.

According to Firsthand’s website: “Multiple, independent clinical studies have shown our VR products can effectively reduce pain at higher levels than a dose of narcotics, and benefits can last long after the VR session is over.”

According to one study that Rose cited, pain reduction for patients post-session dropped by 33 to 50 percent for his group of 40 patients. Overall, 100 percent of participants felt some relief. In comparison, morphine has clinically proven to reduce pain post-session by only 30 percent. 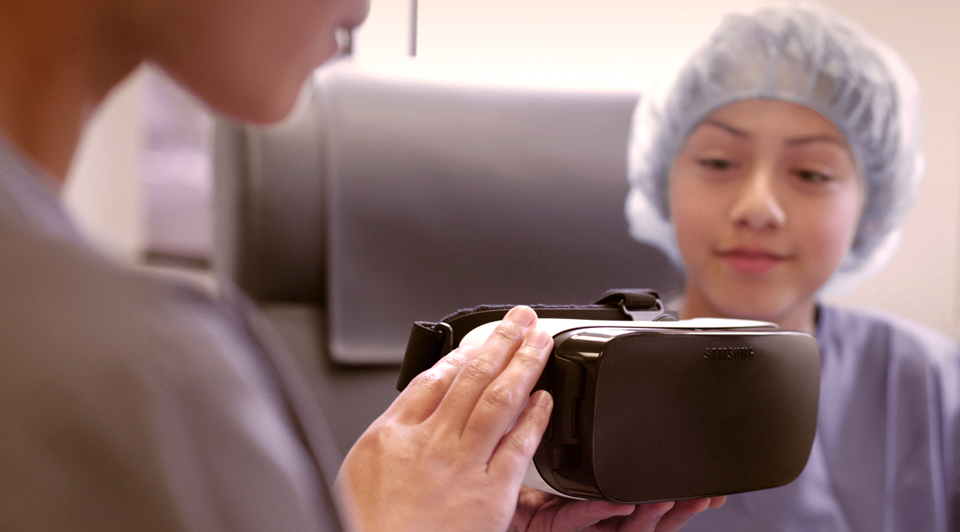 Although Rose’s research only focuses on burn patients, VR applications have shown promise among other patients as well. Acute and chronic illness sufferers can find calm through games that shoot bright red teddy bears with balls (known as Bear Blast by AppliedVR). Other patients might find mindfulness through virtually meditating with monks in the Himalayan mountains.

Overall, the goal of many of these games is to distract the brain, relax the patient, provide an escape, or educate them. In the end, researchers and doctors hope to teach essential skills to patients to help them through flare-ups of their condition, but not to have patients rely on them completely.

Traditionally, this technology has been pricey to implement, and nearly impossible to make available to the general public. However, as the technology has grown in popularity and capability, prices have dropped.

More companies are interested in creating applications for healthcare technology: anywhere from apps for your phone to at-home diagnosis tests—and, yes, VR applications as well. Now, pain sufferers can easily purchase VR headsets that fit their smartphone, and many can take relief home with them.

Doctors are very familiar with the power that mindfulness and cognitive behavioral therapy can have on patients, but it can be much harder to convince individuals who aren’t familiar with medicine to buy into it. Patients often feel more secure when they can walk out of a doctors appointment with a prescription in hand, even if that prescription is for a dangerous and addictive substance.

Luckily with VR, as long as doctors can provide the evidence behind its success in pain management, patients will be far more likely to follow their doctor’s orders if it involves a fun and rewarding virtual activity.

And the evidence behind VR is growing every day. Dr. Spiegel with Cedars-Sinai hospital will soon be working with a major insurance company on another project: this one focused on whether or not VR can reduce opioid use for people who've been recently injured at their job.

Dr. Spiegel’s hope is that someday patients will be leaving the hospital with a VR headset in hand instead of a prescription for opioids. The trick is to get in front of the addiction and the first pill—stopping it from ever happening. Although his dream might seem far-fetched, it could very well become the future as more people come to terms with the grim opioid crisis.

As Americans continue to suffer, alternatives for opioid prescriptions will need to be taken seriously. The opioid crisis is reaching a critical tipping point, and how the pieces fall will ultimately determine the fate of many Americans. Will dangerous prescriptions continue to ruin lives, or will VR technology provide some much needed relief?