The world of online grocery ordering is expanding, but it’s been slower to grow in the U.S. than the rest of the ecommerce market. With...

The world of online grocery ordering is expanding, but it’s been slower to grow in the U.S. than the rest of the ecommerce market. With other countries experiencing incredible increases in grocery shopping online—India expects an annual growth rate of 62 percent through 2022, while Southeast Asia’s grocery ecommerce space is being dominated by competing apps—where does that leave the U.S.?

Further behind than you’d hope, but we’re slowly catching up. 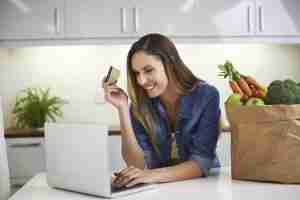 Ecommerce is the fastest-growing segment of the retail food business, claiming one to two percent of the total food business. It’s a small piece of the $1.1 trillion pie—but it’s a piece worth about $10 billion. And while both consumers and retailers know that online grocery ordering will never replace brick and mortar stores, they have to prepare for it.

“As people are shopping for more and more things online from apparel to electronics, grocery is kind of the next thing that people are looking for,” Klaus Werner, Lowes Foods Senior Director of Ecommerce, said. “We now offer buy online pick-up in store, and we offer delivery to the home in some markets.”

Other stores in North Carolina—including Harris Teeter and Whole Foods—also offer online grocery ordering, and many others are considering the option. But it’s big-name brands like Walmart that could drive the trend ahead.

To do this on a “seamless shopping experience” scale as Doug McMillon, President, CEO, and Director of Walmart, the megabrand has had to put a lot of components in place.

The megabrand opened a new ecommerce fulfillment center in Atlanta, the fifth in Walmart’s supply chain improvements. The one million square feet of space, as well as its 85 additional locations of the store’s online grocery pickup service, makes room for the expanded online grocery market. And with 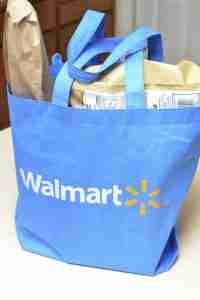 nearly 140 locations across 25 markets for ecommerce transactions and $1.2 billion committed to investment in its employees, Walmart is expecting huge growth in the area.

“We’ve accelerated our expansion of online grocery pickup and we’ve seen that customers who start using online grocery spent nearly 50 percent more than similar customers who shop only in stores,” said McMillion. “This is the customer we’re going after. The shopper in our sweet spot who accesses Wal-Mart in multiple ways.”

Walmart’s moves have been calculated, as its online grocery business in the U.K. has provided an apt model for the system in the U.S. The company is also looking to roll out similar initiatives in Mexico and Canada, leading to building a strong platform for ecommerce growth in China.

Its investments in online grocery aren’t just good for this particular market, but Walmart’s ecommerce model as a whole. Walmart also began the chain-wide use of a mobile service that can tell the company when a customer is coming to pick up an online general merchandise order before they even walk into the store. Its supply chain and ecommerce investments are just a few of several ways Walmart is investing in a profitable future.

“I’m pleased with the innovation we’re driving in e-commerce, led by online grocery, and I’m excited about the potential we have to access a broader customer segment,” said Greg Foran, President and CEO of Walmart’s U.S operations.