You would think the oil and gas news out of the U.S. would be about the country not having enough oil rather than too much,...

You would think the oil and gas news out of the U.S. would be about the country not having enough oil rather than too much, but that is not the case in early 2015. The country is running out of places to put its crude oil, which could lead to even lower oil and gasoline prices in the near future.

There are several factors that are contributing to the surplus: U.S. oil production continues to rise despite company cut backs, which won’t effectively reduce supplies until later in the year. Also, the new oil being produced in North Dakota and Texas is not the heavy, sour crude U.S. refineries in the Gulf Coast are used to producing, which means the lighter, sweeter crude gets stored until something can be done about it. Foreign oil also continues to make its way into the U.S. for a variety of reasons.
It’s Not Just The U.S. Frackers 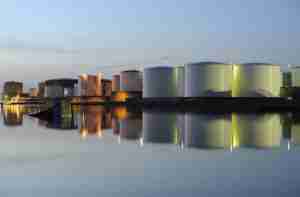 And then there’s Canada. While the “blame” for the oil surplus has been heavily levied at frackers in the U.S., a backup of heavy Canadian crude in Houston is actually a big part of the issue.

How is that? Well, it’s a little complicated. The $3 billion Flanagan South pipeline runs from Pontiac, Michigan and the Canadian border through Illinois, Missouri, Kansas and down into Cushing, Oklahoma—the U.S.’s main spot for oil trade. This high-volume, direct connection between the heavy oil fields of western Canada and the U.S.’s refining megaplex on the Gulf Coast brings 550,000 bpd into the region.

Customers, called “shippers”, have two options when the heavy crude gets to Cushing: they can store it at the hub, or send it down to the Gulf via another pipeline, the newly completed Seaway Twin. As you may have guessed, many are choosing to store their crude until the contango situation—where the price of oil for delivery in six months from now is higher than its current spot price—is over in the oil markets. 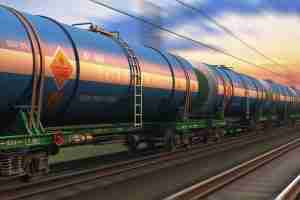 Only about half of the oil that Flanagan has delivered into Cushing has been moved out. The hub has a storage capacity of around 75 million barrels, and 18 million are taken up by the contango situation.

But it’s not just Canada’s fault. Cheaper heavy- and medium-grade oil from Mexico and Brazil is giving the Canadian price a run for its money, as storage in the Atlantic basin is on even shorter supply than that in Cushing.
Too Much of a Good Thing?

In short, yes. If storage tanks reach their “tank tops”—their operational limits—the price of crude could plummet. Some are predicting a drop down to $20 a barrel from the $50 a barrel norm now.

The supply growth has been steadily speeding up as well—in March, U.S. crude supplies rose 10.3 million barrels in a week, the largest the government has seen so far.
Who’s Going to Buy It?

The biggest question in this storage shortage dilemma is not focused necessarily whether or not the U.S. will build more storage but rather on the question of will there be buyers of the surplus? 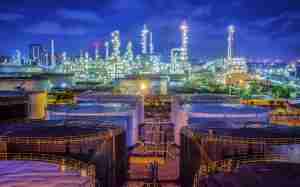 It’s hard to say. Foreign buyers seem to be moving away from the U.S. market: China’s imports of petroleum products in January were reportedly down by nearly half from a year ago as its own refineries expand. Saudi Arabia has begun construction on the new Yanbu refinery. European refineries have been increasing production to profit from cheap oil.

So now what? Unless global demand suddenly increases, it appears U.S. oil storage will just continue to fill up. Luckily, there are storage options outside of Oklahoma: hopefully it’s enough. In March the U.S. Energy Information Administration reported that 60 percent of the country’s total oil storage was full, up from 48 percent a year ago. Let’s hope this trend doesn’t continue for too long.