Oil production on the rise: Despite two-year slump, domestic oil production in the Permian Basin shale fields is hit with a slew of multibillion-dollar deals.

Oil production on the rise: Despite two-year slump, domestic oil production in the Permian Basin shale fields is hit with a slew of multibillion-dollar deals. 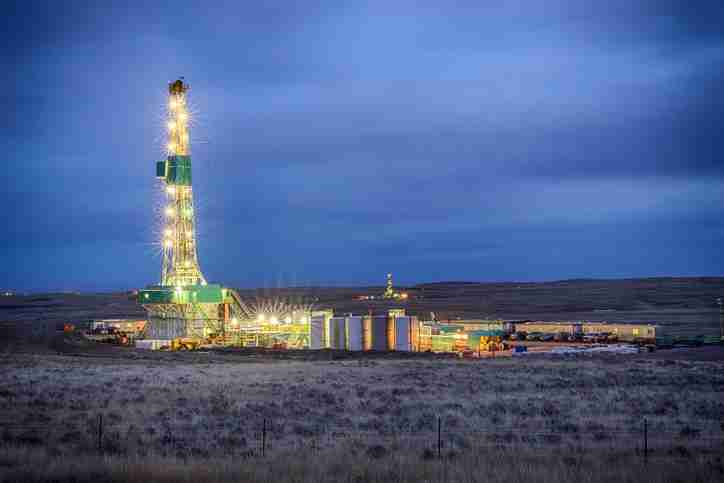 In terms of domestic oil, the Permian Basin shale formations in the southwestern region of the U.S. are gifts that just keep on giving.

The Permian’s growth in oil production is still offset by declines in North Dakota’s Bakken Shale and South Texas’ Ford Shale. So in the seven major U.S. shale plays, the EIA estimates oil production is set to rise by 41,000 barrels a day.

“It was actually beaten to the punch by Noble Energy Inc., which announced its $3.2 billion takeover of Clayton Williams Energy Inc. on Monday night. As analysts were questioning Noble’s management on a Tuesday morning call, Exxon said it had cut a deal for assets owned by the Bass family of Fort Worth, Texas for up to $6.6 billion,” wrote Bloomberg’s Liam Denning.

“Both targets focus on the Delaware Basin, a particularly oily patch within the wider Permian shale.” 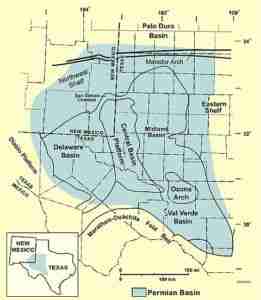 After trying to sell their private Permian companies for months, the Bass family sold reserves of 3.4 billion barrels of recoverable oil mixed with natural gas before oil prices could climb any higher. Exxon Mobil announced that it was acquiring 275,000 acres in New Mexico from the Bass family of Fort Worth for up to $6.6 billion in stock and cash,

These assets more than double Exxon’s reserves in the region. Currently, the former Bass fields are yielding less than 19,000 barrels a day. However, Exxon expects an increase in production.

Noble Energy
Meanwhile, Noble Energy will buy Clayton Williams Energy and its valuable 120,000 acres in West Texas for $2.7 billion. This deal, like Exxon’s, is also in Texas’ Delaware region, and should triple Noble’s footprint in the Permian Basin.

According to the New York Times, the company intends to grow its rig count from four to six by the end of 2017. David L. Stover, Noble’s Chief Executive, called the region “a long-term value and growth driver.”

As Head of Global Energy Investment Banking at Citigroup, Stephen Trauber, explained, “All these guys putting money to work are going to have to drill to get a return on their investment. They’re going to see pretty significant growth. There are still several more deals that could get done.”

Thanks to hydraulic fracturing experimentation throughout the Permian shale fields over the last 10 years, companies are now striking gold by drilling through multiple, “layer cake” zones in the cheapest developed shale oil region in the country.