These three innovative projects are generating energy and cleaning up our oceans from here to Australia.

These three innovative projects are generating energy and cleaning up our oceans from here to Australia. 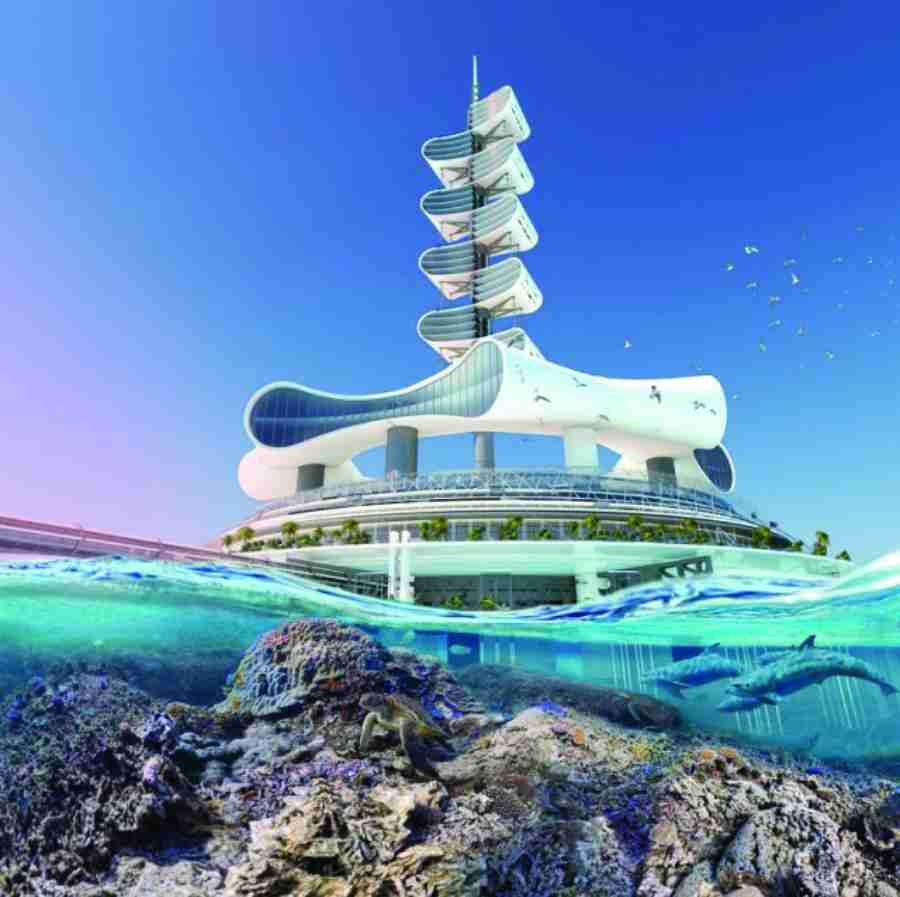 After centuries of dumping waste into the ocean, the focus now is on cleaning up the mess. It’s no secret that the ecological balance in our oceans is in jeopardy.

For too long it has been considered a dumping ground for what we could not bury or burn, and the impact of humanity has taken a toll on marine life. Fortunately, there are those who are seeking to reverse the trend and restore the balance to our oceans.

Here are three examples of projects that are designed to do just that:

Although this first project is concept only, if implemented it would do a world of good for our oceans. Designed as part of the project to celebrate the 50th anniversary of Cancun’s development in 2020, the Grand Cancun Eco-Complex is a wonder of design, sustainability, and luxury. The Complex would offer a number of options for shopping, dining, and entertainment. What makes it unique is how the structure will do so while cleaning the ocean. 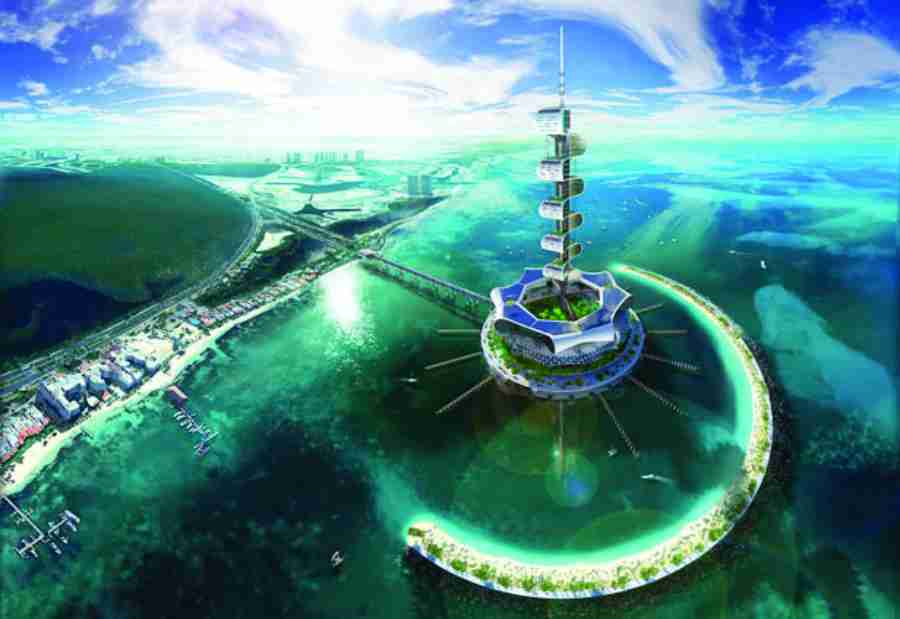 The design for the Eco Island involves a structure mounted on a series of stilts that extends into the waters off Cancun. To power the complex, the surface of the structure would be covered with solar panels. Wind energy from turbines could also be employed as a way to take advantages of the sea breezes. Tidal wave energy collectors were envisioned to be placed underneath the water line as another way to generate more power.

But the design is not just about making the complex self-sufficient—all these strategies would allow the Eco Island to provide a steady supply of power to Cancun proper. The result would be energy production that is efficient, cost-effective, and does not rely on the consumption of fossil fuels.

The use of alternative energy for the complex and for the rest of Cancun is not where things stop. Along with not making use of natural resources to produce energy, the island is designed to capture and filter out pollutants from the ocean water in the area. The result could potentially be a beachfront that is pristine, and waters that are clean enough for marine life to once again thrive. 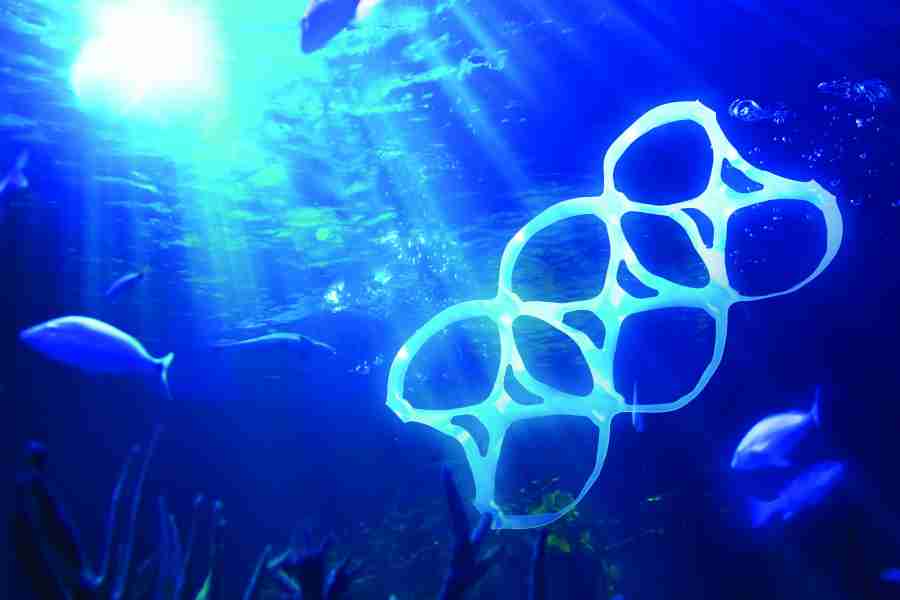 The Ocean Cleanup and Collecting Plastic

Another effort that is slated for release during the second quarter of 2016 is The Ocean Cleanup. Like the similar Tokyo Mega-Float, the design calls for what amounts to a moving wall that captures plastic floating in the ocean. All the fragments are collected with an eye toward recycling or otherwise using the collected materials in some manner that is more environmentally friendly.

Unlike the Mega-Float though, The Ocean Cleanup will be significantly larger in size. Spanning two hundred meters, it will easily become the world’s longest moving structure. Plans call for launching The Ocean Cleanup in the area of Tsushima Island and moving it outward into the open waters. Over a period of two years, the structure will go about the business of collecting a wide range of plastic fragments before they can reach the shoreline.

This first run is not the only one planned by the CEO and Founder of The Ocean Cleanup, Boyan Slat. Subsequent efforts will be made along the coasts of California and Hawaii in the years to come. Slat sums up the need for this type of project succinctly:

“Taking care of the world’s ocean garbage problem is one of the largest environmental challenges mankind faces today. Not only will this first cleanup array contribute to cleaner waters and coasts, but it simultaneously is an essential step towards our goal of cleaning up the Great Pacific Garbage Patch. This deployment will enable us to study the system’s efficiency and durability over time.”


The Seabin is the brainchild of two men who grew up loving to surf off the coast of Australia. Becoming increasingly concerned about the amount of trash that was ruining the coastal areas, they decided to do something about the problem. What remained to be decided is what could be done.

That’s when they came up with the concept of an ordinary trash can and adapted it to a watery environment. Their design would be employed around docks and move outward to collect whatever flotsam and jetsam happened to be coming toward the shore.

The basic design makes use of pumps that draw water in, along with any garbage that happens to be present. While the water can flow easily out of the bin, all the trash remains trapped. The design of the bin, which is much like that of a flow-through bag, can capture such diverse garbage as spilled oil and plastic water bottles. As the bag fills, it can be emptied and the contents prepared for recycling.

With backing from Shark Mitigation Systems, Andrew Turton and Pete Ceglinski constructed a prototype in Perth and more recently headed to Spain to market the Seabin in Mallorca. The funding effort continues, thanks to the use of video and the donations of people from all over the world.

With projects of this nature and similar ones around the world, there is hope for our planet yet. Supporting these projects will ensure that future generations know what it is like to swim in clean ocean water, enjoy sandy beaches free of pollutants, and have access to sustainable energy that does not continue to place a strain on the world’s natural resources.