For those who struggle with losing weight, it can feel like the very forces of nature are arrayed against them. That may well be true,...

For those who struggle with losing weight, it can feel like the very forces of nature are arrayed against them. That may well be true, claim proponents of the burgeoning field of nutrigenomics. With every individual’s genetic makeup differing in ways that influence processes as fundamental as metabolism, the prospect of being able to tailor diets to genetic needs is an increasingly attractive—and realistic—one.

Some people, for example, provoke envy in their friends by indulging in fat-rich foods like bacon and cheese without putting on weight. With reasonably comprehensive genetic testing work now dropping into the mass-market $200 range, nutrigenomics offers hope that those who fight for every lost pound will soon be able to rely on sounder, better-informed strategies. 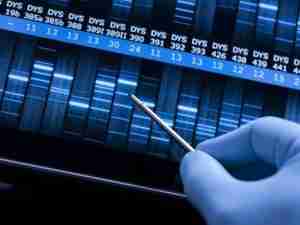 “People who receive DNA-based advice improve their diet to a greater extent than those who receive the standard dietary advice,” observes Ahmed El-Sohemy, an assistant professor of nutritional science at the University of Toronto.

The extent to which this owes directly to today’s version of nutrigenomics, on the one hand, or to the way that such seemingly definitive advice instills greater determination and confidence in those who receive it, on the other, is a subject of ongoing research.

The real promise of the discipline, though, is how it might be used to prevent often-fatal diseases. “If you knew your genetic profile was such that eating a particular food,” said Brad Popovich of research group Genome BC, “was going to catch up with you way earlier than somebody else, it may make you stop and think.”

That could mean recognizing and avoiding foods that contribute to cancer risk in those with a particular genetic profile or using nutrigenomics-derived findings to put a preemptive stop to a likely cholesterol problem. For those who are most optimistic about the field, nutrigenomics seems to offer the hope of being able to take an active role in avoiding a range of health problems that were formerly thought of as matters of random bad luck. 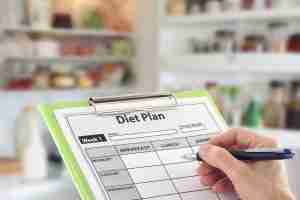 The Long Road Ahead and the Victories to Come
While some of the weight-loss related findings of nutrigenomics are now gaining traction among experts, it is clear that there is a lot of work to be done in the field as a whole. Although the project to map the human genome was declared completed more than a decade ago, relatively little is known about how the more-than 3 billion base pairs interact, or even function on their own.

That means that some of the field’s most attractive potential may still stand a ways off, and realizing that potential may require quite a bit in the way of smart focus and even plain luck. At the same time, singling out those patients whose particular genetic makeups mean that salt intake is most likely to produce higher blood pressure is now a regular part of conventional medicine, so real inroads have already been made.

As with any of today’s medical advances, there will be plenty of bureaucratic resistance and inertia to overcome, too. The FDA is already keeping a close watch on the many direct-to-consumer genetic testing kits that are now available, oversight that essentially forbids them from making many health-related claims. The very nature of nutrigenomics, too, can make its potential findings difficult to test at the large scales that today’s pharmaceuticals benefit from, making it less likely that even the greatest breakthroughs will vault to immediate, universal acceptance.

Instead of revolutionizing the field of human health with a single, grand stroke, then, it seems likely that nutrigenomics will continue to contribute focused, important victories, making it increasingly a fixture of everyday health practices. Today, for example, “we never have genetic information about our clients,” notes Liz da Silva, a prominent registered dietitian and educator. As the specific, individual findings of the field pile up, though, that situation is bound to change.