NumbersUSA has bipartisan support in its effort to balance immigration numbers

NumbersUSA has bipartisan support in its effort to balance immigration numbers

NumbersUSA is a leading grassroots immigration-reduction organization which advocates for returning legal immigration numbers in the United States towards historical levels. The group was founded in 1996 by journalist Roy Beck based on the findings of two congressional committees, the U.S. Commission on Immigration Reform and President Clinton’s Task Force on Population and Consumption. 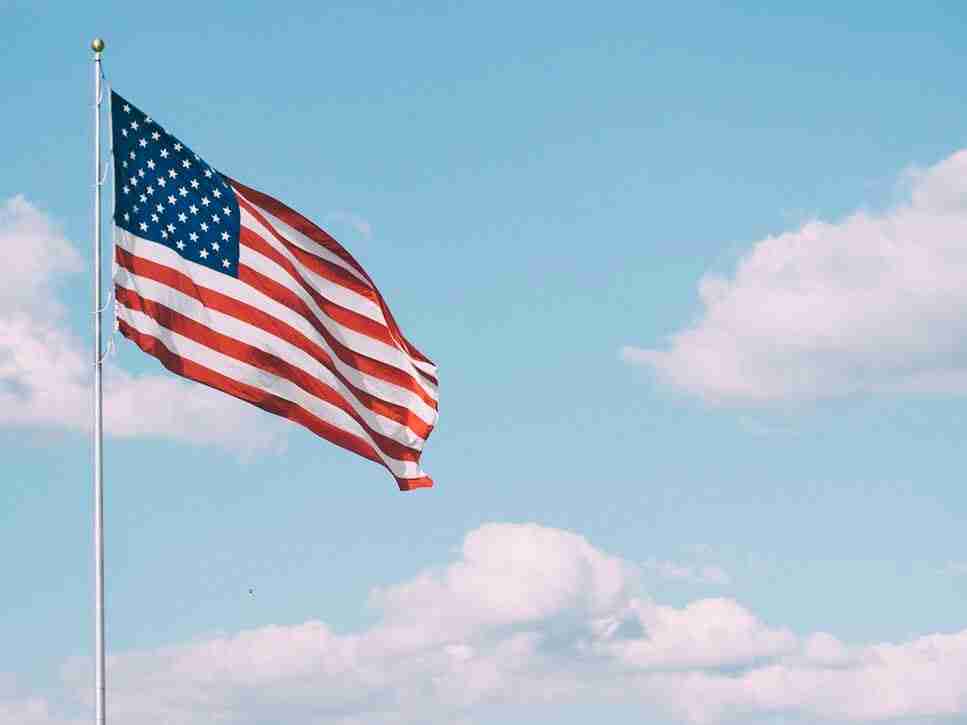 These commissions found that admitting the right number of legal immigrants to the country each year was crucial to preserving the standard of living of existing citizens. After taking into account the economic and environmental effect of U.S. immigration policies, they recommended lowering immigration numbers to more traditional, sustainable levels.

NumbersUSA bills itself as in favor of immigration, but at levels that are more conducive to the country’s interests. While the organization takes an immigration reduction stance, it is against xenophobia of any type. The group believes immigrants, in the right numbers, are an asset to the U.S.

NumbersUSA is a non-partisan organization, featuring members from both sides of the political spectrum.

The organization has devoted itself to educating policymakers, thought leaders and the public at large on the challenges caused by excessive levels of immigration. These include environmental and quality of life issues.

NumbersUSA supports immigration levels significantly below the annual average numbers seen since 1990. By the late 2000s, the group was referred to in the press as one of the leading grassroots organizations standing in opposition to high levels of immigration.

The group’s website details the reasons behind its support of immigration reform. These include:

The NumbersUSA website cites as foundational to its outlook the conclusions of The U.S. Commission on Immigration Reform headed by former Congresswoman and Civil Rights pioneer Barbara Jordan and Roy Beck’s book The Case Against Immigration, which was released around the same time as the Jordan Commission’s recommendations were delivered. The commission focused on studying the effects of immigration following two landmark immigration related laws, the 1965 Immigration and Nationality Act and the Immigration Reform and Control Act of 1986.

The group’s website cites the followed conclusions reached by Roy Beck’s book and the Jordan Commission:

At the heart of NumbersUSA’s values is the contention that efforts by the U.S. government to improve the quality of life for American citizens are impeded by excessive immigration levels. The group’s focus is purely numerical – it is against immigrant-bashing in any form and strongly opposes xenophobia, nativism, and any other type of hostility to immigrants. NumbersUSA is in favor of treating all Americans on a basis of equality, no matter where they were born. The group considers itself in favor of immigration (within a sustainable numerical range), and pro immigrant.

NumbersUSA lists its values on its website. They can be summarized as follows:

Who is Roy Beck?

NumbersUSA founder Roy Beck worked as a journalist at a number of newspapers across five states until turning his full attention to policy analysis in the 1990s. He is a graduate of the University of Missouri School of Journalism. As one of the country’s first reporters on the environment, he covered Congress on behalf of the Booth Newspapers chain as head of their Washington Bureau.

Over his career, Beck was awarded more than two dozen awards for his work reporting on religious, business and environmental topics. His articles have run in a wide variety of publications, including The Washington Post, New York Newsday, The New York Times, Boston Globe, Christian Science Monitor, and The Journal of Policy History.

Beck has written four books on the topics of immigration, ethics, religion and population. He has also been the co-author of books on urban sprawl and its impact on farmland and wildlife habitat.

His founding of NumbersUSA in 1996 was spurred by the desire to advance the policy recommendations of the U.S. Commission on Immigration Reform, and President Clinton’s Task Force on Population and Consumption. The first commission was chaired by Congresswoman Barbara Jordan, the second was chaired by Senator Tim Wirth.

NumbersUSA Action relies on its contacts of millions of individuals on email and Facebook to send out “Action Alerts” to members informing them what they can do to communicate with elected officials and policymakers to back the group’s policies on immigration. According to NumbersUSA, these policies are in the interest of Americans of all stripes, both natural-born and naturalized citizens.

The NumbersUSA Education and Research Foundation functions as a forum to spark discussion and as a platform providing education on how unsustainable immigration affects society and the environment.

NumbersUSA maintains a government relations division on Capitol Hill, while its main office is located in Arlington, Virginia.

The group has successfully delivered its message via the Facebook Share button, which enables followers to spread the word about NumbersUSA’s position on the dangers of excessive immigration to their contacts. As it has become better known, the organization has seen its revenue increase substantially in recent years. This has allowed NumbersUSA to spend millions on advertising to further spread its message.

Given its ability to enable wide sharing of messages without advertising costs, Facebook remains a prime medium for delivering the group’s message. “We can reach tens of millions of people by Facebook without spending any money,” Beck said in an interview with McClatchy DC Bureau. “They distribute these things on their own.”

According to Beck, NumbersUSA receives much of its funding through its email subscribers, of which there are an estimated 1.5 million. In FY 2017, the organization’s lobbying arm received around $1.2 million in donations and other revenue, while its charitable division raised an additional $7.5 million.

In addition to getting the word out via Facebook and email, NumbersUSA has purchased media ads to extend its ability to spread its message. It has run ads on publications such as Politico, National Review, and the Hill, as well as others. The group has also run adds on Fox News and CNN.

While NumbersUSA doesn’t provide specific endorsements for individual politicians, it does identify how members of the House and Senate stand with regard to its preferred policies. The group puts out election guides that rate members of Congress with letter grades based on their voting record pertaining to immigration.

In the past, NumbersUSA has seen its fundraising revenue rise during times when major immigration bills are pending before Congress. In 2006, for instance, IRS filings scanned by ProPublica reveal that the group’s lobbying take grew more than fourfold from FY 2006 to FY 2007, from below $300,000 to $1.2 million, upon the introduction of the Comprehensive Immigration Reform Act of 2007. That bill, which offered 12 million illegal immigrants a path to citizenship, did not make it through the Senate.

NumbersUSA Education and Research Foundation has received significant grants from the Colcom Foundation. Based in Pittsburgh, the charity organization was founded by Cordelia Scaife May in the mid-1990s. May, who is a descendant of the founders of Mellon bank, was mainly concerned with the impact of overpopulation on environmental sustainability.

According to Beck, his controversial “gumballs” video of 1996, aimed at debunking the idea that bringing impoverished immigrants to America can significantly impact the problem of global poverty, and the book he released the same year, “The Case Against Immigration,” attracted May’s interest, ultimately leading to her decision to provide funds to ERF. While May passed away in 2005, Colcom continued to donate substantial sums to the organization. The foundation’s donation of $6.78 million in FY 2016 amounted to greater than half of NumbersUSA Education and Research Foundation’s revenue for that year.

Beck described the numbers of the group’s members as a key part of its ability to achieve its mission. In the interview with McClatchy DC Bureau, he stated: “In the end, groups like ours which are public interest groups have the advantage of having lots of members. You leverage that kind of goodwill among the public, that really magnifies every dollar that’s spent.”

Beck added. “The more that Congress is dealing with immigration, the higher the funding.”

Beck’s famous gumballs video illustrates the impact of the migration of poor people from around the world to the United States. Using gumballs to represent the influx of these immigrants to America, Beck makes the point that high levels of immigration to the United States can have a deleterious effect on the country’s environment and the ability of its citizens to earn a living.

At the same time, Beck shows in the video that the U.S. admitting immigrants from poor countries is only a drop in the bucket compared to the number of those living in poverty worldwide. He illustrates this by showing the overwhelming number of gumballs remaining even after 1 million immigrants are allowed into the U.S on a yearly basis. The conclusion Beck draws is that it’s better to fight global poverty by helping people in the countries where they reside, rather than negatively impacting our own economy and environment without achieving any measurable impact on world poverty.

NumbersUSA and the Border Crisis

Given the current crisis occurring on the country’s southern border, the NumbersUSA message appears as relevant as ever. With the Biden administration admitting unaccompanied minors on a large scale, the federal government is finding its resources stretched to the limit as it tries to care for them.

Additionally, the tremendous increase in illegal aliens caused by the administration’s lenient enforcement policies has only served to attract more border crossers. This dynamic, where the federal government’s failure to effectively carry out the country’s stated immigration policy has, as predicted by NumbersUSA, acted as a magnet in attracting more illegal immigration.

With no end to the border crisis in sight, NumbersUSA’s position as a leading immigration-reduction organization makes it likely the group will continue to play a major role in informing the public and policymakers about the benefits of pursuing an immigration policy that works in the interest of the United States and its legal residents.