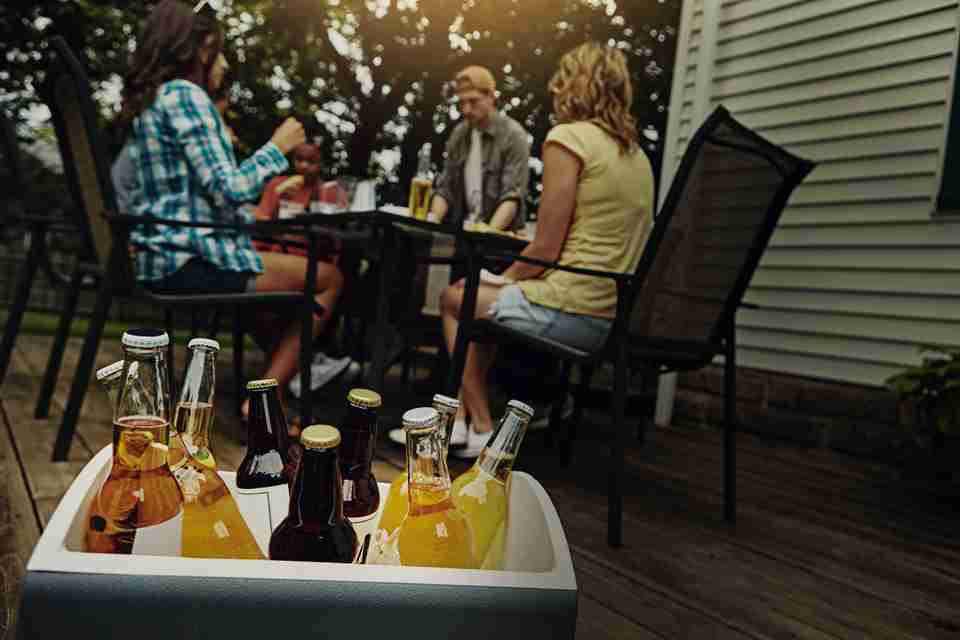 Happy hours. Cocktail parties. Birthdays and holidays. Alcohol seems inseparably tied to a majority of adult social settings, making it challenging for those who choose to forego a cocktail, beer, or wine to fully immerse themselves in these social environments.

With an increasing number of Millennials — along with members of Gen Z who are reaching or nearing legal drinking age — choosing to drink less alcohol, it only makes sense that beverage companies and bars are beginning to focus on non-alcoholic alternatives. After all, those who choose sobriety, or simply drinking less, would probably like options beyond just a Diet Coke, a sparkling water, or at a stretch a Shirley Temple or Roy Rogers when out with their colleagues.

A general focus on well-being has been cited as a major factor that led to a decrease in alcohol consumption in the US in 2017 and 2018. People with active lifestyles prefer waking up for morning yoga or bike rides to spending the weekend nursing a hangover. Not to mention the desire to avoid the damage excessive drinking can do to one’s liver, brain, pancreas, heart, skin, and immune system.

At the same time, the evolving legal status and societal views of marijuana have, in many areas, removed the stigma of the drug and opened up an alternative way of relaxing or getting a buzz. A recent study examining the sale of alcohol in counties with legal medicinal marijuana found that such counties had 12.4 percent lower alcohol sales. As recreational marijuana is legalized in more states and cannabis-related products are more readily available, alcohol will face even stiffer competition.

Whether it’s wellness, the availability and acceptance of other intoxicants, the cost factor, or simply not wanting to feel worn down after a night of drinking, Americans aged 25-44 are drinking less and less. Despite this trend, socializing and networking continues to be, at the very least, alcohol-adjacent. 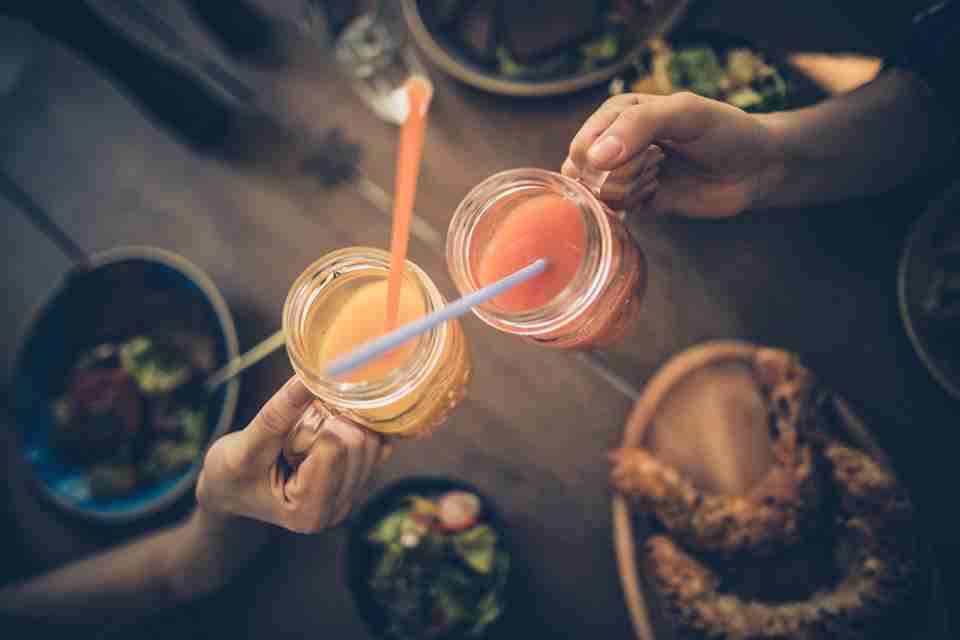 A common complaint of people who choose not to drink is being asked to explain their reasons for abstaining. Many who choose to avoid alcohol would like a way to enjoy a night out with friends while enjoying a beverage that doesn’t make them stand out as “the sober one.”

O’Douls, which was introduced in 1990, sought to capture the attention of a younger market by redesigning its cans for a limited time. The cans were only available for one night at New York City bars but were meant to provide the Instagram crowd with an opportunity to have non-alcoholic drinks with their friends while holding a stylish can that looks like it could just as well be from the hippest craft brewery.

Similarly, Heineken 0.0 offers a non-alcoholic product that not only tastes like regular Heineken, the green bottles and cans are virtually identical to regular Heineken containers, other than a “0.0” in the logo. Guinness has entered the non-alcoholic market as well, with its Open Gate Pure Brew Lager which the brewery claims is so flavorful, seven out of 10 drinkers can’t tell it’s alcohol-free.

With so many non-alcoholic drinks making their way to market, those who enjoy the flavor of beer and holding a cold, carbonated beverage in their hand during a happy hour or tailgate can have the same experience without worrying about the side effects of alcohol.

Of course, non-alcoholic beer only quenches the thirst of part of the population. Those seeking a flavorful cocktail-inspired drink that provides a full sensory experience without the subsequent impairment or hangover make up another large market that beverage companies are hoping to tap.

Seedlip markets itself as “the world’s first distilled non-alcoholic spirits” and can be found in restaurants and bars around the world. Inspired in part by the 1651 tome The Art of Distillation, Seedlip sells three spirits —  Spice 94, Garden 108, and Grove 42 — each of which can be enjoyed with simply a tonic or can be combined with other standard mixers to create a complex, non-alcoholic drink on par with anything else whisked together by your favorite mixologist.

Seedlip is far from the only option for non-alcoholic cocktails. Som, which was first released in 2012 as “drinking vinegars,” was rebranded this year with different flavors and packaging. Now marketed as a “can vinegar cordial,” Som is growing out of the Pacific Northwest and finding its way to bars where it can be used to mix “a non-alcoholic beverage with complexity and bite.” 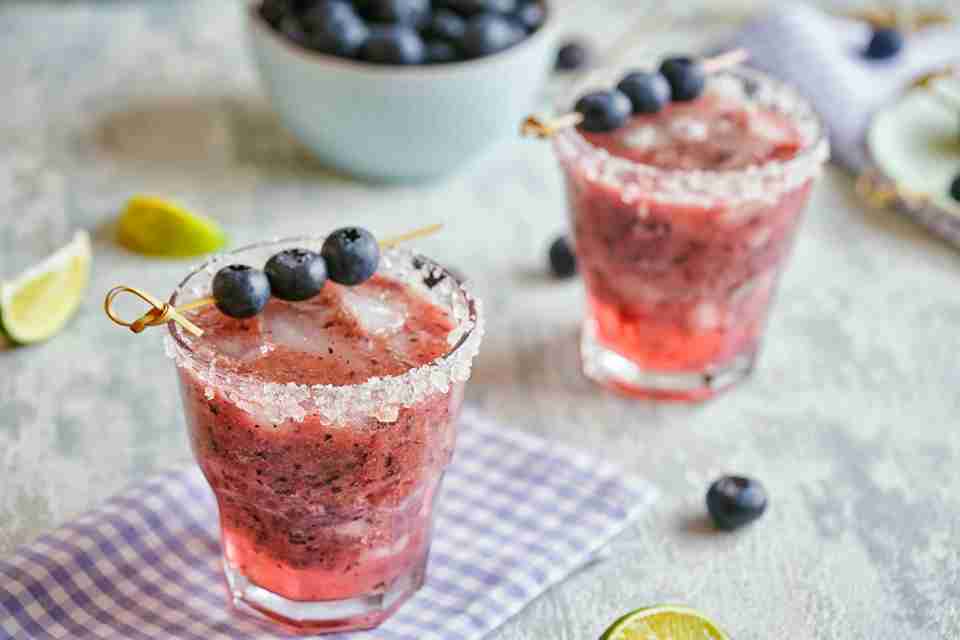 As the trend toward drinking less alcohol or avoiding it altogether continues to grow, expect the market for non-alcoholic drinks to grow with it. According to Bon Appetit, AB InBev —  the parent company of Coors, Budweiser, and others — is planning “to increase no- or low-alcohol to 20 percent of its global beer volumes by the end of 2025.” Similarly, Diageo — the parent company of Guinness, Johnnie Walker, and Smirnoff, among others — has invested in Seedlip, showing it has plans to expand its non-alcoholic line as well.

It’s not just alcoholic beverage companies looking to get in on the non-alcoholic spirits craze. Bar None, a division of Coca-Cola, has created a line of non-alcoholic bottled mocktails including the Ginger Mule, Sparkling Sangria, Dry Aged Cider, and Bellini Spritz.

Whether the abundance of non-alcoholic adult beverages will be enough to persuade large numbers of drinkers to (even temporarily) forego booze remains to be seen. One thing is clear, the growing number of people who are choosing to pass on alcohol have plenty to cheers to … and with.