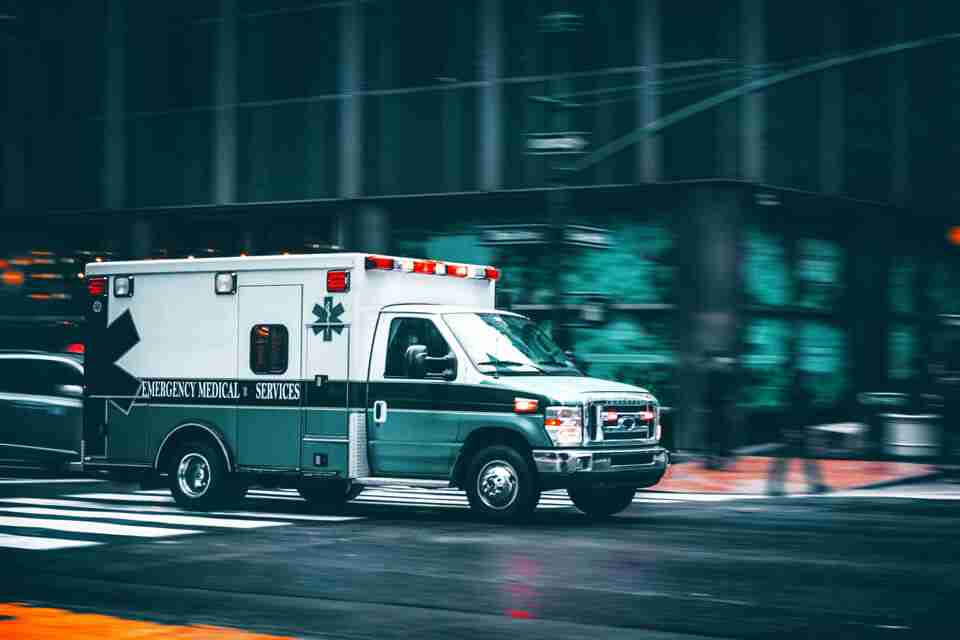 If you’re in the middle of a medical crisis and ask the clinician treating you if they’re in network with your insurance plan, you’ve probably hit your head really hard. Even if you’re able to ask that question directly, or if your healthcare proxy knows the granular details of your insurance coverage and is available to ask for you and make subsequent decisions on your behalf when and if an answer comes, chances are that your treatment provider has no idea. Besides, they probably have better things to do—like saving your life—than to remember all the panels they’re on.

Even if you could get an answer, is refusing care an option until you can find an in-network provider to come to your aid? After an accident, as you or someone you love is being loaded into emergency transportation, do you think to ask if your insurance covers the trip?

One way or another, you’ll know when the bill comes in. It always does, and the number on the invoice may be dreadful enough to land you back in the hospital. As a consumer, it’s all but impossible to anticipate what treatments may or may not be delivered by providers that are out of your insurer’s network. These financially devastating surprises have driven millions of Americans into the despair of overwhelming debt, and worse.

If you think the comfort of a middle class existence offers some cushion against the possibility of ruinous medical debt, think again. Most middle class Americans are one health crisis away from losing everything. Each year, at least 530,000 patients are forced into bankruptcy because they simply can’t pay for the medical treatment they’ve received. And more than half of Americans avoid getting needed care because of cost concerns.

The US Consumer Financial Protection Bureau reported that, by far, medical bills are the most common unpaid bills sent to collection agencies. A survey of bankruptcy filings revealed that 66.5% were related to medical issues because the sheer size of the payment required or lost wages related to medical issues precluded the ability to pay. The National Health Care Cost Institute found that the average potential surprise bill associated with an inpatient surgery was $22,248, and for outpatient surgery was $8,493, and discovered that 16.5% of emergency visits resulted in a surprise bill. Shocks frequently come courtesy of stealthy but essential practitioners: pathologists, for example, generate 12.9% of unexpected bills. 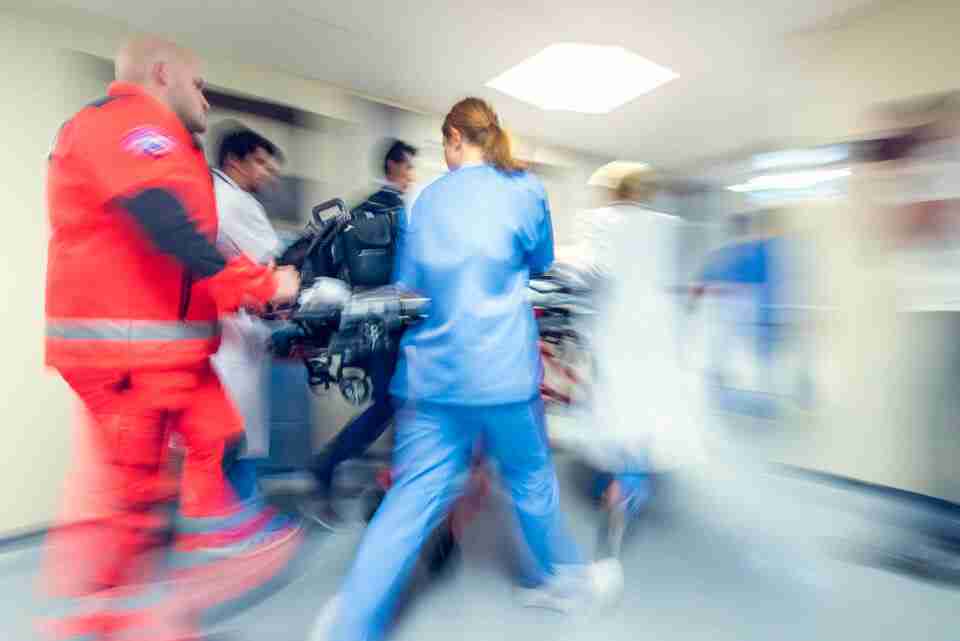 Thanks to the December 2020 passage of the No Surprises Act, that potential for financial ruin is poised to decrease substantially. Tucked into H.R. 133, the Consolidated Appropriations Act of 2021, No Surprises mandates that in both emergency and nonemergency situations where patients don’t have the ability to choose a provider covered by their insurance they will only be responsible for in-network deductibles and other cost sharing. The Health and Human Services Secretary will create the formula for those cost sharing amounts, and providers will be prohibited from charging over those limits. The new rules take effect in January 2022.

The act also bans “certain out-of-network providers from balance billing patients unless the provider gives the patient notice of their network status and an estimate of charges 72 hours prior to receiving out-of-network services and the patient provides consent to receive out-of-network care,” according to the bill’s summary.

Also nixed is “balance billing,” the practice of billing patients for the difference between what a care provider charges and how much they will be reimbursed by their insurance company for a particular treatment. For example, if your doctor charges $200 and the amount the insurance company allows them to submit for payment is $100, your doctor bills you for the $100 balance. That practice will now be illegal. However, certain providers of nonemergency services may get written consent from patients that will allow them to bill for the outstanding balance. This does not apply to specialty services such as anesthesiology, radiology, and neonatology.

“From the outset, our top priority has been to hold patients harmless from surprise medical bills, and that’s exactly what the No Surprises Act will do,” announced the bill’s sponsors, Energy and Commerce Committee Chairman Frank Pallone, Jr. (D-NJ) and Ranking Member Greg Walden (R-OR). “Under this legislation, Americans will no longer be caught in the middle of out-of-network surprise billing disputes between their doctors and insurance companies. The legislation creates strong new consumer protections and establishes a fair payment resolution process between insurers and health care providers.”

The act’s payment resolution process does not use a payment standard to set how much insurance companies pay out-of-network providers. Insurers and providers have 30 days to negotiate those terms and must use independent dispute resolution if they can’t come to a voluntary agreement. As of now, 22 states have laws establishing payment amounts, and in those cases the act defers to those laws as well as the payment resolution procedures in place for health plans regulated by the state. 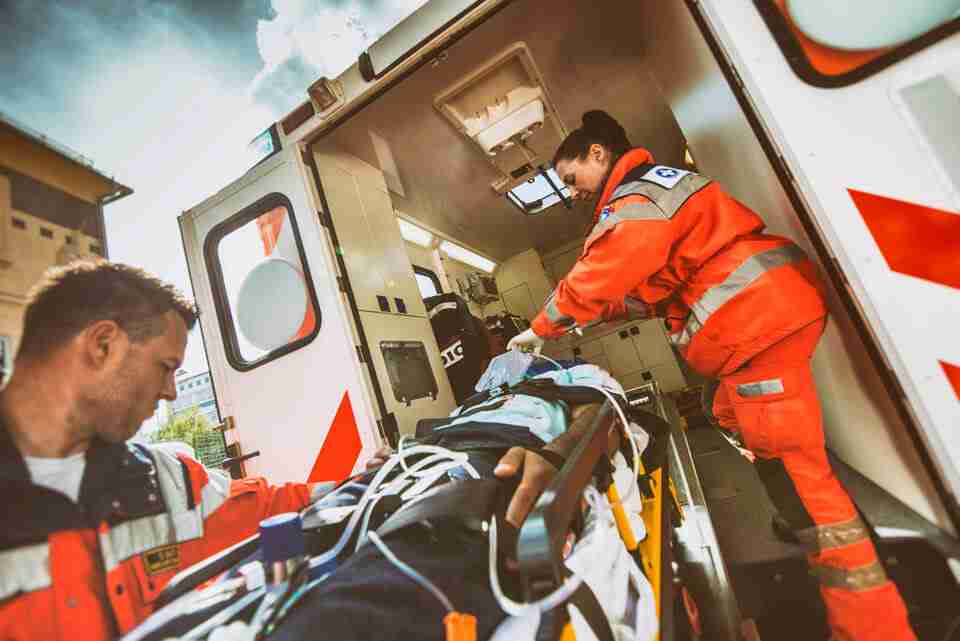 “Insurers, employers, and consumer advocates have raised concerns that the absence of a payment standard can have inflationary effects if dispute resolution leads to settlements well above the amount insurers typically pay in network,” reported nonprofit healthcare policy researchers from the Commonwealth Fund, noting that the act sets guardrails to ensure fairness in the arbitration process. “Most important, the bill instructs the arbitrator to consider the median in-network rate paid by the insurer—and not a provider’s higher billed charges—in selecting between the amounts submitted by the two parties. In addition, the losing party must pay the cost of arbitration as an incentive against seeking arbitration for weak cases.”

They added, “There has long been agreement that consumers should be held harmless when treated by out-of-network providers by no fault of their own, but federal policymakers have struggled to reach consensus on establishing payment. With this compromise, the legislation will usher in historic protections for millions of consumers while promoting financial stability and reducing health costs.”

The act brings a new dimension of transparency in pricing and access to consumer information as well. At present, patients and providers receive an “explanation of benefits” (EOBs) from the insurer after treatment, outlining the items that were billed, the amount billed by the provider, and the amount paid by the insurer. The act requires insurers to send advanced EOBs (AEOBs) to the consumer before scheduling care, or if the patient asks for the information before scheduling.

AEOBs must include whether or not the provider is in-network with the insurer, if prior authorizations for treatment are required, what the estimated rates for procedures are, how much the procedure will cost the insurer, the out-of-pocket expenses the consumer can expect to pay, and what costs have already been applied to the insured’s deductible or out-of-pocket limits. The advance access to this level of detail is unprecedented.

As Pallone and Walden concluded in their response to the act’s passage, “The Energy and Commerce Committee has a long tradition of working in a bipartisan way, and we can think of no better example than the effort it took over the last two years to get this bill across the finish line. It was an uphill battle from the start against deep-pocketed interest groups, but we continued to push and were joined in our fight by other health leaders in the Senate and the House. Today we are proud and relieved to join in the celebration of passing this landmark bill. We hope this will give patients peace of mind knowing that they will be protected from future surprise medical bills.”