Nikola Motors’ new zero-emission trucks will be released in 2020.

Nikola Motors’ new zero-emission trucks will be released in 2020.

At its Salt Lake City headquarters, Nikola Motor Company—referred to as “the Tesla of trucks”—revealed its hydrogen-powered electric semi-truck prototype, the Nikola One.

According to Nikola CEO Trevor Milton, Nikola One is “The most advanced semi-truck ever built” and will be used for long distance purposes of transporting goods across lands.

The company has been named after the Serbian-American scientist, electrical and mechanical engineer, and inventor behind the electric alternating current and the rotating magnetic field: Nikola Tesla. 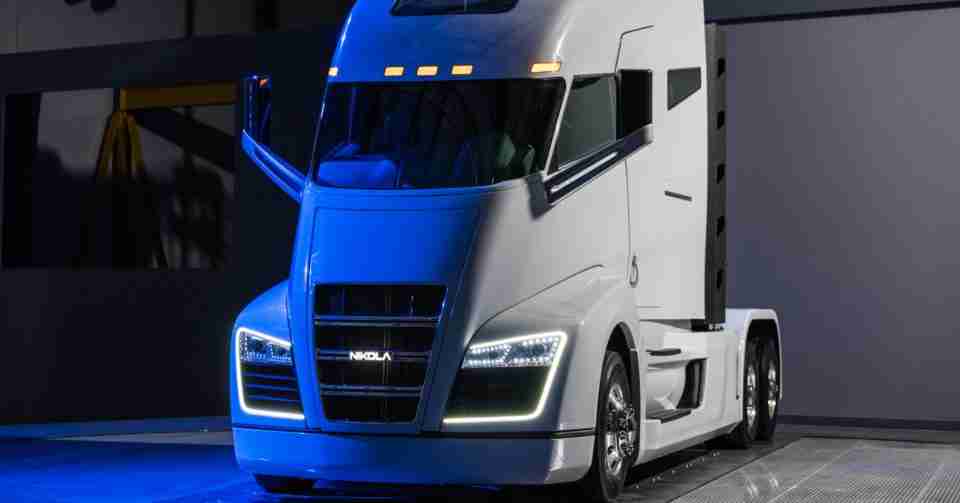 Specifications
The company claims that the zero-emission truck will offer a mile range between 800 and 1200 miles, 15-minute refill time, and have 1,000 horsepower—about twice that of an average diesel truck.

Nikola also claims it will operate at half the cost of a comparable diesel truck. 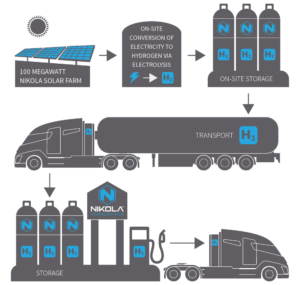 The truck will weigh just about 2,000 pounds lighter than a diesel truck while boasting a load carrying capacity of 65,000 pounds.

Nikola Motor Company will produce and distribute its own hydrogen to fuel the vehicle. The company is working on building 364 fueling stations across the United States and Canada.

According to Milton, the truck uses both the 320 kilowatt hours battery and the fuel cell.

The batteries are stored to power the truck whenever they need it. If the fuel cell is turned off, the batteries can operate the vehicle up to around 200 miles.

The truck will be equipped with a smart dashboard, a full-size bed, high-performance TVs, Wi-Fi connectivity along with LTE connections, a refrigerator, freezer, and a microwave.

There will be a rollout of these vehicles in 2020, as Nikola has teamed up with Fitzgerald to build 5,000 trucks. 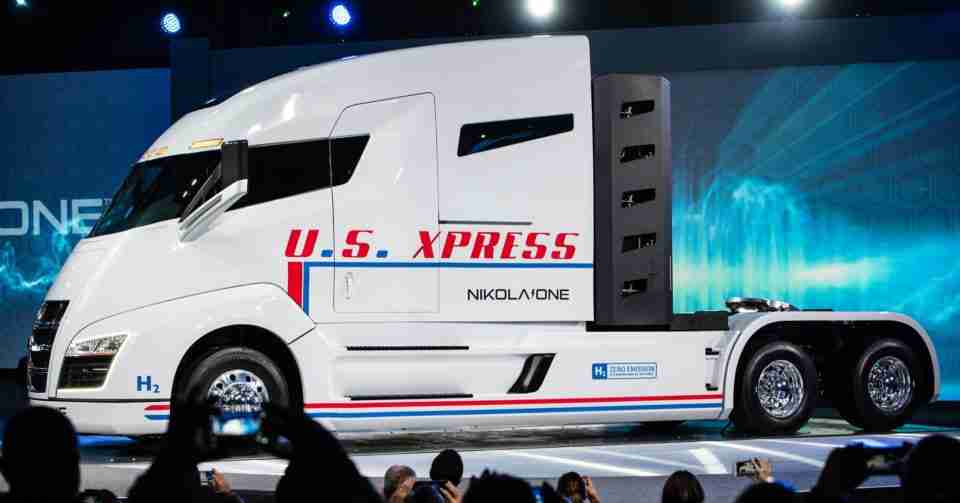 The warranty and servicing will be a part of the lease. The price of the fuel will also be included in the lease cost of the trucks. Lease costs have not been specified though. The company however, stated that it has received pre-orders worth “3 billion dollars”.