Unlimited Stadium has been described as a running track with a nightclub feel, resembling a Nike LunarEpic running shoe footprint.

The 200-meter track—the size of an entire city block—takes the form of a figure eight and is lined with LED lights designed to let runners race against themselves virtually.

Up to 30 people can use the innovative running track at once and projects runners’ last race to help them improve and virtually race themselves via LED lights. It even gives runners lap-by-lap feedback and helps them learn to run at a proper pace. 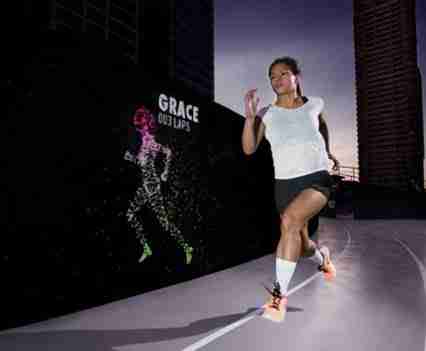 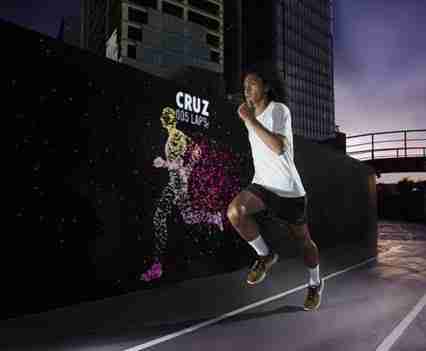 How it Works
“Hyper accurate RFID (Radio-frequency identification) tracks your first lap time,” explains Akane Inada, of the Production Team at Birdman. “On the next lap, your avatar appears, running your previous time. Beat it, and it runs your new best time—challenging you to keep bettering your best.”

This unprecedented way of bringing technology and fitness together in this running track is what Grace—Coach for Nike+ Run Club—described as a good way of making practice a competition.

“You’re not just beating a light or your watch. It’s almost like an actual person,” added Grace. 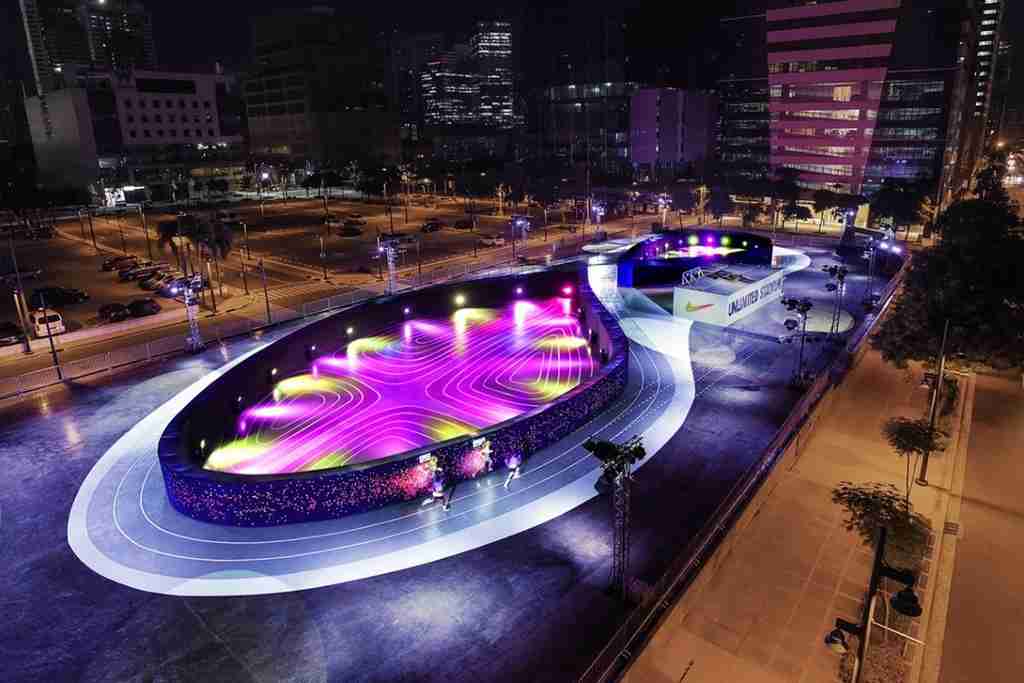 The Workout
Runners are also presented with multiple challenges and eight different running workouts to ensure optimal training. To accomplish this, a library was programmed with avatars of runners at all different levels—including pacers, national record holders, and elite Nike athletes.

The running track is not like traditionally oval-shaped tracks, but rather is designed to add versatility to the experience with things like the uphill challenge.

The intent behind this running track was to bring out the best in each athlete. “An athlete’s greatest competition is always themselves. Our ambition was to bring our athletes face to face with themselves,” said Rio de la Cruz, Coach for Nike+ Run Club.

Considering this running track is a pop-up stadium, one can only wonder where Nike will choose to build their next astounding concept next.